PowerA continues to provide adorably themed accessories, with their latest line of Animal Crossing Nintendo Switch controllers. They certainly look nice, but how do they compare to other third-party gamepads?

Third-party controllers have come a long way, since their days of being viewed as the cheap imitation product that you palm off to your younger sibling or unfortunate friend. Nowadays, you've got gamepad manufacturers putting out controllers that can keep up or even compare to the quality offered by first-party companies. Does that hold true for today's subject? Coming in at just $10 below the MSRP of the official Switch Pro Controller, PowerA's variant has a downright adorable Animal Crossing theme, from the coloration of the shell and buttons, to the cutesy character decal featured on the right-hand side of the controller. We'll be checking out if this gamepad is just style, or actually has substance, too. 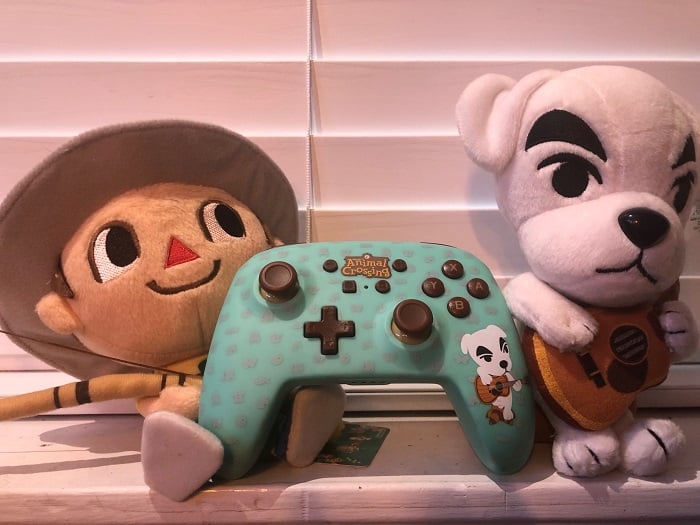 So, the primary reason that you'd be getting one of these controllers is because of the theme. Whether it's The Legend of Zelda, Mario, or in this case, Animal Crossing, PowerA always knocks it out of the park when it comes to stylish designs for their controllers. That's probably one of the reasons that they can get away with a price point so close to Nintendo's official controller. And for a dedicated fan or for a younger child, it's totally worth it; the green color scheme with the Animal Crossing furniture leaves dotting the controller, or the more pastel shades of the seafoam and brown controller both look fantastic. If you're looking for a gift for your local Animal Crossing fanatic who's just getting a Switch, that's all you need to know--this is an adorable controller that will pair perfectly with their console. However, that's not all there is to a controller, so what about those who are picky about their gamepad specifics, or are wary of third-party offerings?

Where the Pro Controller has a USB-C charging port, the PowerA controller eschews that, and instead uses tried-and-true AA batteries as its power source. I appreciate being able to rely on desperately stealing some batteries out of the TV remote for my gaming needs as if it was 2002 again, but honestly, I'd much rather have a built-in rechargeable battery. It all comes down to user preference as to whether reliance on two little AA's is your cup of tea, or you enjoy just plugging the controller in at night. Regardless, you'll be able to get around 30 hours of game time before you'll need to replace the batteries. I managed to get just over 30 hours in my own use, burning the provided batteries out thanks to my Fire Emblem: Three Houses addiction. 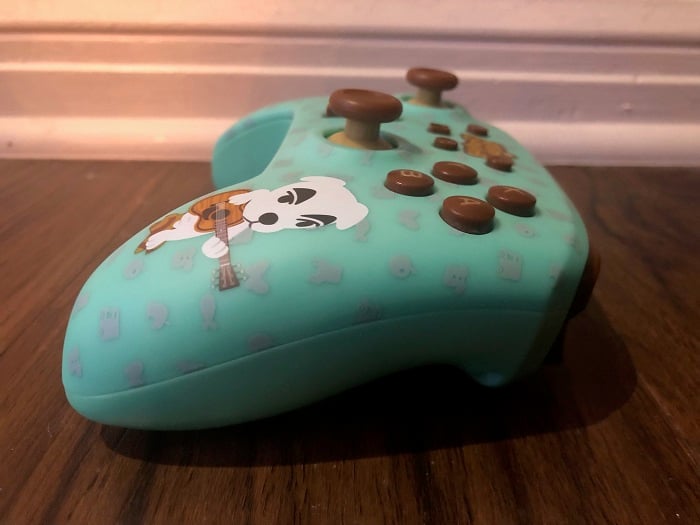 Upon first using the controller, I was pretty dubious as to the build quality. After spending months with the Pro Controller and being used to its satisfying weightiness, PowerA's gamepad was deceptively light, and almost felt a little hollow. At first, I was afraid it was because it was made cheaply, which luckily didn't turn out to be the case. After using it for a while, the weight was no longer as jarring, and I got used to it. Part of the reason for the controller's feather-light weight is because there's no NFC or rumble built-in. I can't say that I miss either feature when using the PowerA controller, as I hardly make use of amiibo functions nor games that predominantly use rumble as a mechanic. That doesn't excuse the exclusion, however, as it cheapens the controller by not having the most basic of rumble abilities.

The controller has a bit of a rattle as well, which got a little grating every time I picked it up and heard plastic clacking together. Initially, I was confused as to what exactly was rattling so terribly, to which I found the answer: the shoulder buttons. They're just the slightest bit loose--not enough so to interfere with playing, but just enough to be loud and a little distracting. It's a minor grievance, but an issue nonetheless.

What I did like about the gamepad were the analog sticks. They're just a hair taller than the Switch Pro Controller's, and they spring back to the center faster. The thinner d-pad was also decent--not perfect by any means, but preferable to the one on the Pro Controller. It's ever-so-slightly less mushy, and offers a tad more feedback. Everything else is as to be expected from a standard controller: clicky face buttons, springy triggers, and loud yet tactile shoulder buttons. All in all, it hits all the right notes of comfort, looks, and feel. 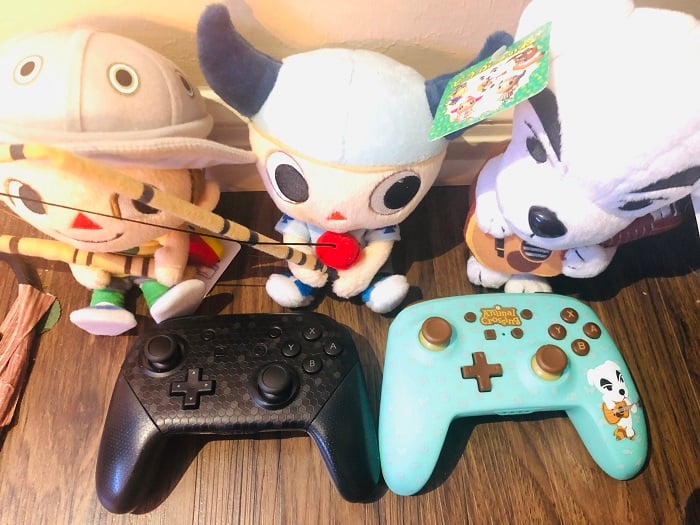 A trend that has become rather popular amongst controllers these days are paddles or extra programmable buttons on the back. Certain games have control schemes that require you to keep your hands on the face buttons and both the left and right analog sticks. That can be a hard task, considering most people don't have three arms, so the addition of two buttons along the grips can be quite useful. Most Nintendo games are designed to make the most of a standard controller layout, but for games like Overwatch, Fortnite, or Assassin's Creed IV, they came in pretty handy. Even if you can't think of any Switch games that would benefit from programmable buttons, you can still use the controller on your PC. Steam instantly recognizes the controller as if it were an official Pro Controller, making it easy to connect and play.

At a price point of $50, you're paying slightly less for a gamepad that's good, but not quite on the same level as the Switch Pro Controller. But that's fine. Overall, PowerA's Enhanced Wireless Controller lineup offer an alternative to first-party hardware, but with the added bonus of having your favorite franchise adorning the controller. If you need a second controller for friends, or a little something extra for hardcore fans in your life, then you really can't go wrong with one of these. 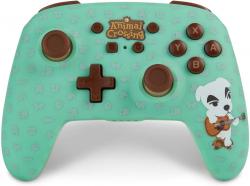