If it's Joy-Con vs Pro controller, I'm always choosing the Pro. Today we find out if PowerA has what it takes to provide a third-party alternative.

Imagine a smaller more compact yet nigh-on identical controller to Nintendo's own Pro Controller, and you're 90% of the way there with the PowerA Nano Enhanced Wireless Controller (NEWC). The point of difference is not only the dinky form factor, but the addition of twin mappable buttons on the underside to elevate your game just that bit more than anyone would expect. Available in a slew of colours and themed designs, and weighing in at under 200g, PowerA has clearly crafted a worthy addition to the relatively saturated third-party controller market. At just 14.3 x 12 x 7cm, the NEWC is significantly scaled-down in relation to the original Pro controller's vital statistics, which I have down as 15.5 x 15.3 x 6.5cm and weighing 399.73 Grams, so that is an almost 8% reduction all around which doesn't sound like much, but it really makes a difference when in use. 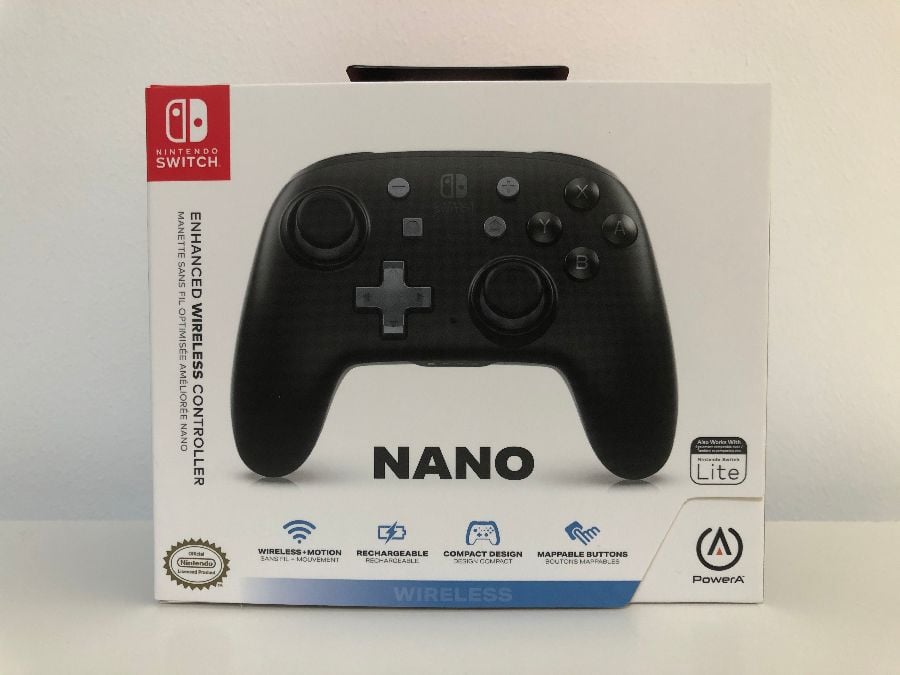 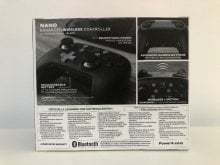 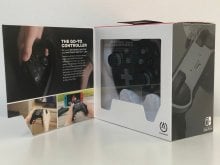 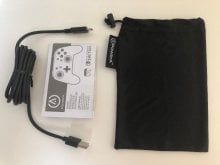 The feel of the controller can be best described as rock solid and superbly weighted with a pretty slick matte finish. The lithium-polymer battery adds a definite heft to it that beds its angled handles firmly into the palms of your hand and there is absolutely no danger of it twisting or crumpling in your grips during play, like some cheaper, less forgiving controllers could. The 20hr battery life is decent for a few sessions of hardcore gameplay before it needs juicing. The stock Pro by comparison offers an incredible 40hrs of gameplay before requiring attention, so you'd be charging this thing twice as often as the comparative goliath. The smaller form factor will definitely appeal to children who can't quite grapple with the big boys, and for those with smaller hands.

Operationally the setup and pairing are incredibly simple with this controller. Holding down the pair button for just 2-3 seconds and enter the "Change grip/order" screen to instantly sync it up; alternatively you can plug it in with the supplied 1.8m USB cable. Programming the mappable buttons mid-game is a cinch too. Just hold the mapping button until the white LED flashes, then press the button you want to copy, followed by either of the two paddles to set it and you're done. I really think the ease of use lends itself well to newcomers to the system and allows for relatively simplistic tailored load-outs that can definitely elevate your ability to control the game slightly more than a standard Joy-Con. 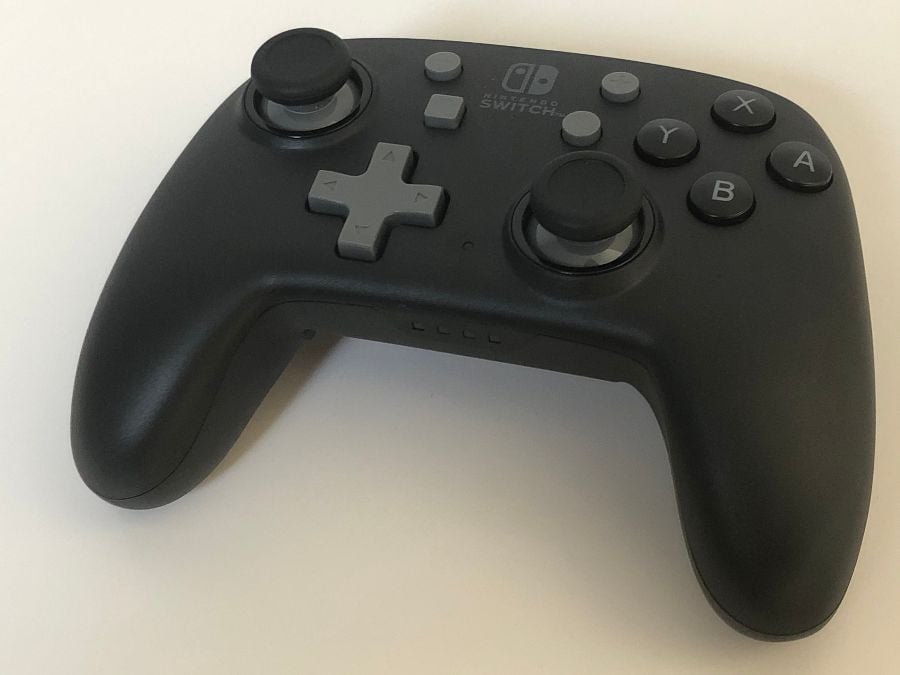 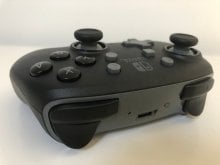 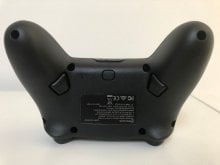 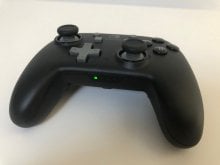 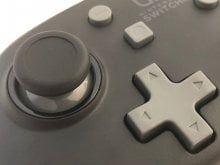 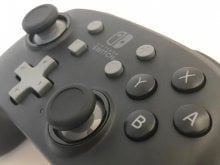 Whilst using the controller I thought I would put it through its paces with the latest Crash Bandicoot game: It's About Time. I mapped the jump and duck buttons to the Left and Right paddles respectively in an attempt to outwit Crash's rail sliding sections and make them more natural to navigate. Pro tip: if you're inexplicably terrible at those sections as I am, no amount of button mapping is going to help you. I have to admit though, it is definitely more intuitive in certain scenarios to have those buttons at your fingertips whilst not having to remove your thumb from the right joystick. I also took the opportunity to map the button to "X" during the sections where Mask Power was used to show or hide the platforms. This definitely paid off and it became ingrained in my muscle memory very quickly making those particular sections an absolute cakewalk.

Overall the buttons are snappy and responsive and the analogue sticks have an excellent feeling to them. The D-Pad however has an overwhelming squishiness to it that could definitely do with improvement, and I wouldn't want to rely on it in platforming or fighting games. Morbid curiosity did get the better of me and via Street Fighter 2 30th Anniversary Collection, I gave it a go so you don't have to. I instantly found the experience was horrible. The D-Pad's surface sits too flush with the pad housing and you instantly feel like you're wearing your thumbs into the corners of the plastic surround. I think given more than a couple of rounds I would experience excessive blisters across my thumb. I also noted a little input lag which really didn't sit well with me, ultimately getting hammered by Cammy on my first round. Given how much I play Street Fighter I was shaken to the core to be bested in the opening rounds by Cammy; this wasn't right at all! 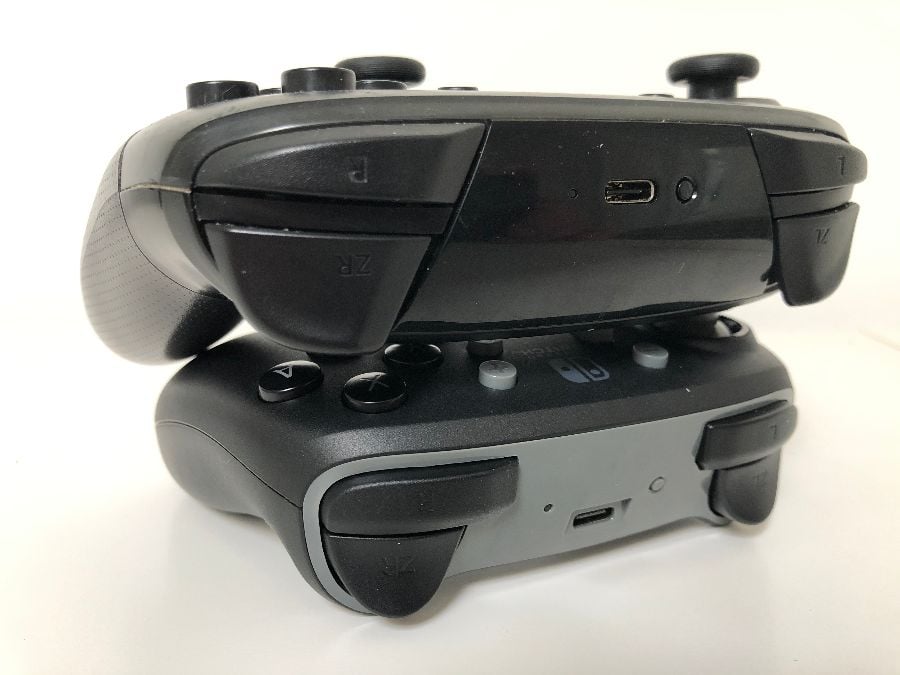 My biggest grumble, which should really be a non-issue in this day and age, is the fact that I could not pair this device repeatedly or successfully to my Android devices. As we know the Bluetooth stack for Android and iOS has, in recent years, been opened up to allow non-certified controllers to be paired with ease and essentially let you use any of your console controllers on your mobile devices. Although it's known that pairing Nintendo pads to iOS is currently not possible, it should have been possible with Android. When I came to try pairing this to anything other than my Switch though, I had issues such as the pairing only working the first time and never on subsequent connections, or simply coming up with a failed message. Using the companion app on iOS I initially was able to connect the controller to my Quest 2 headset, however, after the first time, it never let me do it again! Activating Developer options and pairing it directly to the headset seemed to have worked perfectly fine until you come to press anything on the pad. Whatever method you use, the buttons simply don't register the first tap when binding in apps such as Dolphin, and then input a double tap when you pressed it a second time. I found it too frustrating to try to attempt to pair or map it for it to be considered useful, and I really cannot nail down why it worked sometimes and not others. Considering I can use my OG Pro pad without issues, I really don't understand it, and for anyone looking to buy a pad purely for their mobile phone (iOS or Android) and without a Switch, please avoid until there is an updated firmware or whatever it needs to get it confirmedly working. To be fair the PowerA support site doesn't even mention pairing to a mobile phone which I find disappointing as it's a staple of 99% of controllers these days and considering my official Pro controller paired and works flawlessly on the Quest 2; there is definitely a strange issue at play here. 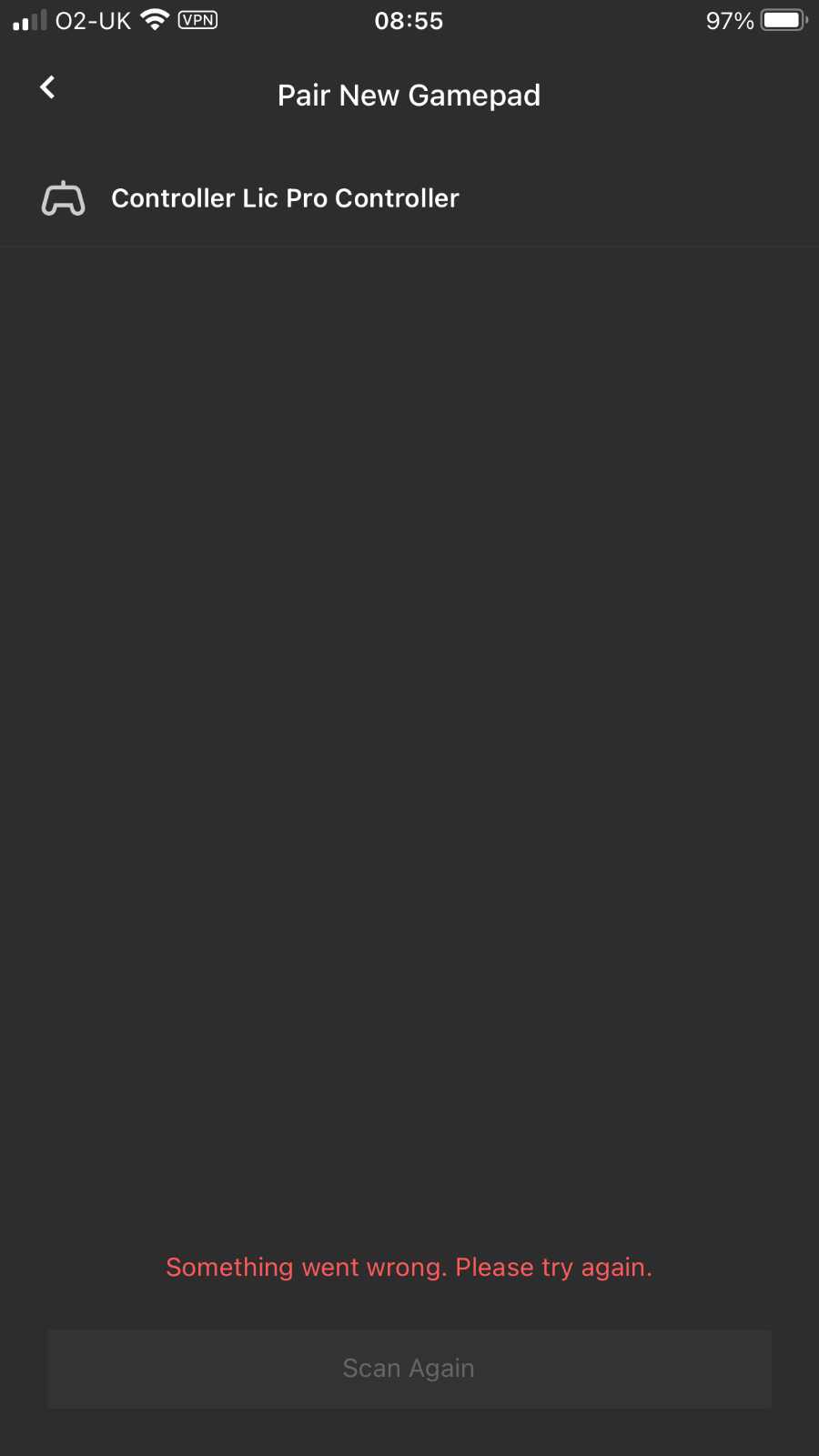 I find the NEWC a little too small in the same way I found the Xbox OG's "Duke" controller just slightly too big at the time; I preferred the S type controllers, which went on to become the norm anyway. From a technical standpoint, this pad is a mixed bag. While it's certainly small I would have to argue that it is far from perfectly formed. The input lag and inability to use it on Android-based devices for some unknown reason is a little off-putting in more frame perfect gaming, but overall for platformers and anything less pernickety this controller will definitely suffice. My wife also praised the controller for being more to her scale, and she definitely appreciated using it for Mario Kart 8 as opposed to my relatively oversized Pro and the none too exciting soap bar shaped single Joy-Con she had become accustomed to using. 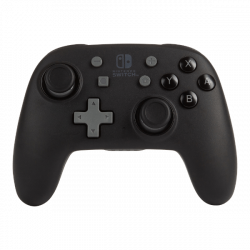