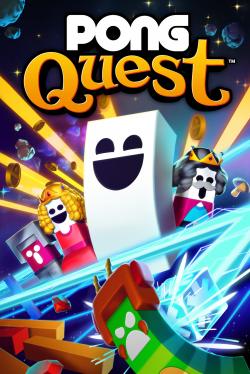 I don't think I need to explain PONG to anyone—it's a simple game about bouncing balls. Fortunately, PONG Quest is more than just PONG with a new coat of paint. It adds power-ups, a health system, and some loose RPG elements. This brightens up this simple classic to make it far more enjoyable than you may expect.

PONG Quest does have a story, unlike any other PONG game I know of (and no, I'm not looking that up!). It serves the same throwaway purpose as in any Super Mario Bros. game. It's simple, existing only to give you a reason to go on an adventure; I don't think anyone would care about it. Younger kids may enjoy some of the humour in the small amount of dialogue there is, but it really didn't do anything for me. The premise is that the King needs you to collect four orbs from four dungeons, and to be honest, I can't even remember why, beyond opening the door to the final level.. That said, any story based around the concept of PONG would be difficult to make interesting, so it's not a big deal. 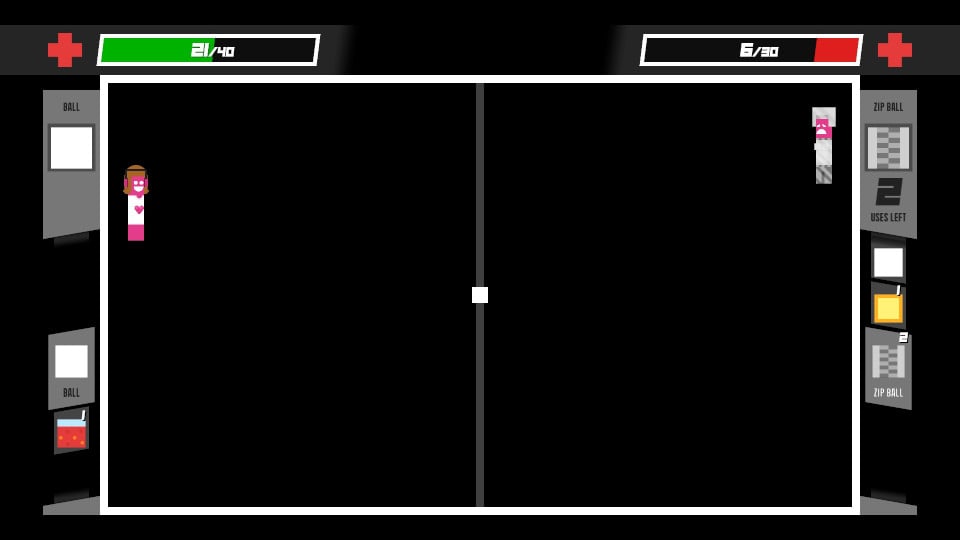 There are two elements that set PONG Quest apart from your traditional PONG game. Firstly, the entire scoring system is completely reworked. Instead of getting the ball past your opponent to win, you need to deplete their HP, eventually smashing the ball behind them for the final blow. Each hit takes away 1 HP, with 'critical hits' in the goal doing far more damage. Critical hits can most easily be achieved by using a new feature—ball types. Ball types provide the real twist PONG Quest needs, with a huge range of effects that provide just enough spice to create an enhanced, but still simple PONG game.

Of course, we can't talk about PONG Quest without talking about the genre. PONG Quest is questionably labelled as an RPG game. It certainly has a couple of RPG elements—a story, levelling system, and even dungeons, but there's not much here. The meat of the game comes from playing PONG, and very little extra is gained from the idea of a story mode. 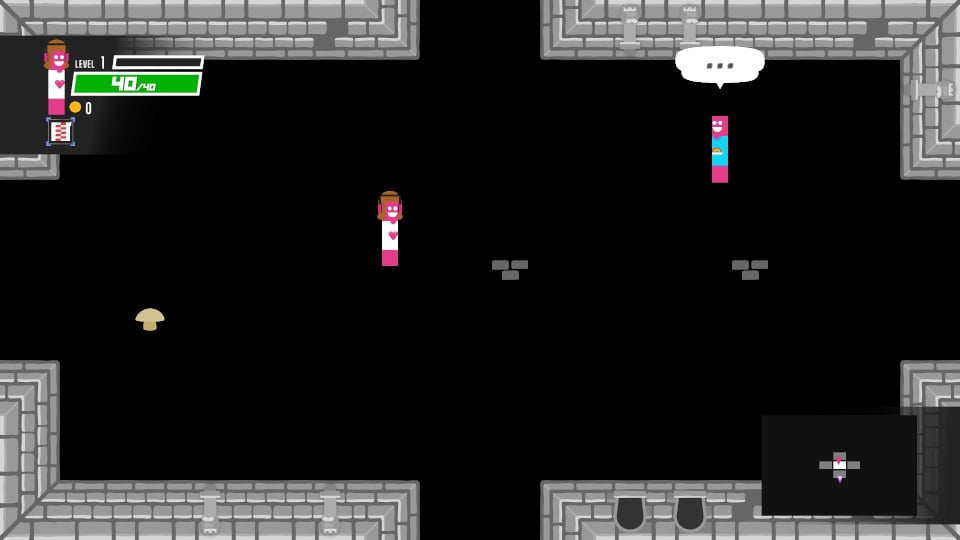 Dungeons consist of randomly generated rooms filled with enemies, chests, and sometimes puzzles. Your goal is to get to the next floor, plain and simple. There are a few quests in these dungeons, but these are incredibly repetitive with zero variety. Hell, I couldn't even get one of them to work. The first floor of each dungeon has a princess who wants you to defeat all of the monsters, which didn't seem to work for me. The second floor has a pacifist who rewards you if you can reach the next floor without defeating any enemies. Finally, the third floor has an explorer who rewards you for entering every room on your map.

Encountering enemies is almost Pokémon-like. If an enemy paddle spots you, you must fight them to the death in a game of PONG. Each enemy type has a signature ball, which you are often rewarded with upon winning. Most enemies are inoffensive, but some take uncomfortably long to defeat due to high HP and an abundance of healing items. To be honest, you won't miss out on much if you decide to avoid battles. You'll earn less experience, but the bosses aren't even a minor challenge in my experience. 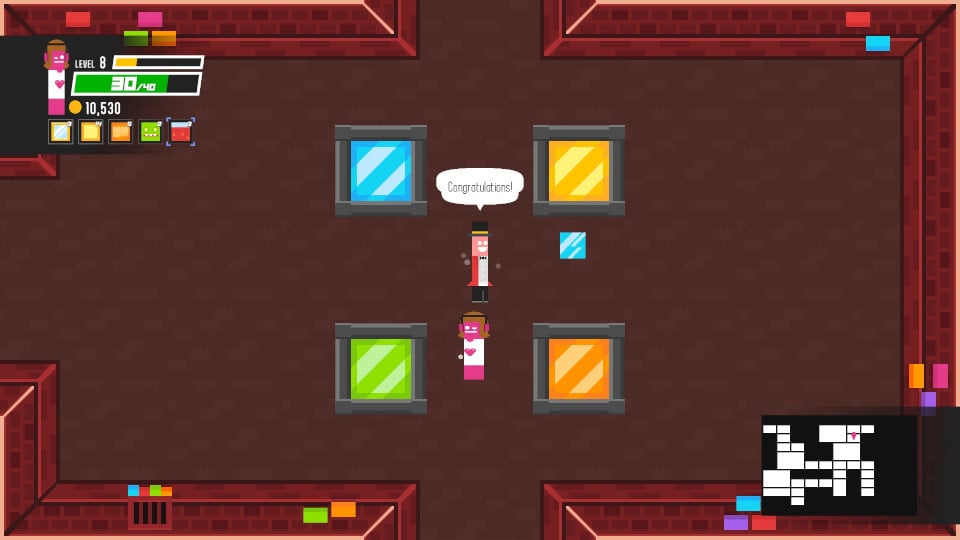 Unfortunately, even the 'puzzles' included in these dungeons are painfully simple. I'm almost certain that they have been tacked on as a last-minute addition. It essentially boils down to weak memory puzzles, with no real thought involved. I'm not expecting Zelda puzzles here, but this is just too basic to be worth it.

Overall, at its very core, PONG Quest is a PONG game. This inevitably leads to repetitive gameplay, even in spite of the extra elements. I've been enjoying the game thoroughly, but it's hard to play more than an hour at a time. Don't be surprised if you're burnt out before finishing the story mode. 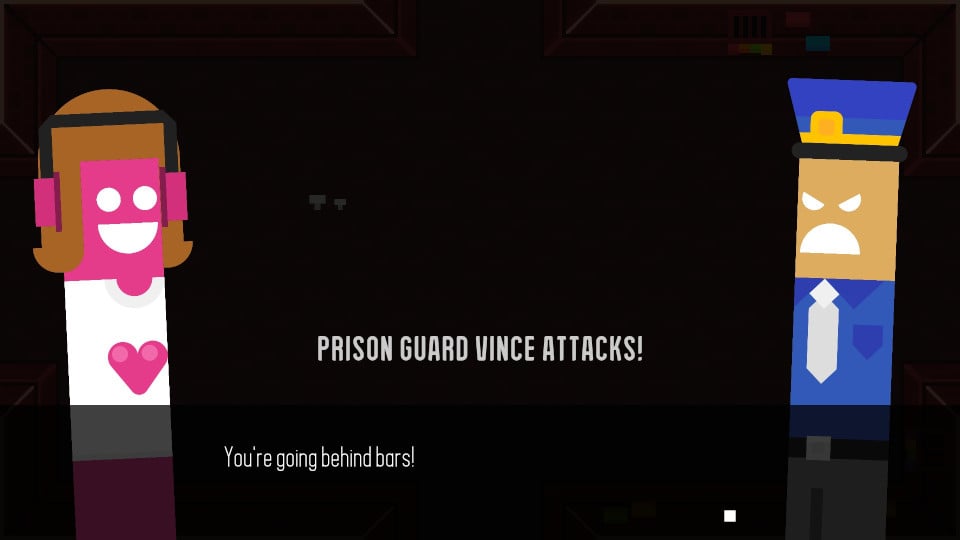 There's honestly not much I can say about the graphic design of PONG Quest. It's as simple as you can get, which fits the PONG theme quite well. Despite this, it feels way too basic. It's as if some programmers took an online graphic design course in a day, and the hiring of artists was neglected. It does have a certain degree of charm, but I would have liked a little more. Even just some cool lighting effects or a 2.5D approach would have been much more interesting.

The music has a little more going on, but it's nothing to rave about. There aren't many tracks, which compounds with the repetitive problem PONG Quest already had. After a few hours, I opted to turn the music off and just go with my own playlist.

You could do a lot worse than to buy PONG Quest for $15. I mean, you could also do a lot better, but PONG Quest is a solid take on a classic game.

Verdict
You, Scott_pilgrim, MaxToTheMax and 5 others like this.
Unlike this review