The line between phones and tablets are ever-blurring. Occasionally referred to with the portmanteau of “phablet,” these large phones give you a ton of screen real estate, usually for taking notes or media consumption. Given that they’re already so huge, it’d be ideal if you didn’t have to add much to the phone’s existing heft by using a nice thin case that still has a modicum of protection. Pitaka’s MagEZ case might just be the solution to such a problem.

In the past, and for the last year or so, I reviewed and have been using the Pitaka MagEZ case for my iPhone. Now that I’ve made the jump to Android, I thought I might as well use the same case, and at least keep some familiarity between the OS switch. Much like in that review, the case for the Samsung Galaxy S20 Ultra is amazingly slim, and hardly affects the weight of the phone at all. The carbon fiber material gives you some good grippy texture to hold onto, without being obnoxious. In terms of hand feel, it’s almost like just using the phone without a case, and a less slippery back.

All Pitaka phone cases have a dark grey-on-black color scheme, outfitted in diagonal stripes, with a slight cool blue tone to it. I love the design, because it’s sleek and cool when you’re looking at it, but it’s also subtle in a way that your phone doesn’t draw a lot of attention. I like flashy things in most cases, but when it comes to my phone, I’d rather it keep a low profile. As far as drop protection goes, I haven’t dared let my new phone fall yet, but the iPhone X case, which is the exact same in terms of build quality, materials, and everything else, just slightly smaller, has taken a handful of horrifying knocks against the sidewalk, and my phone still yet lives. I wouldn’t advise you to rely on its protection if you find yourself in rugged or sporty situations--just get something guaranteed safe--but if you’re just using your phone day-to-day, and you’re not athletic or clumsy, the MagEZ case will have you covered. 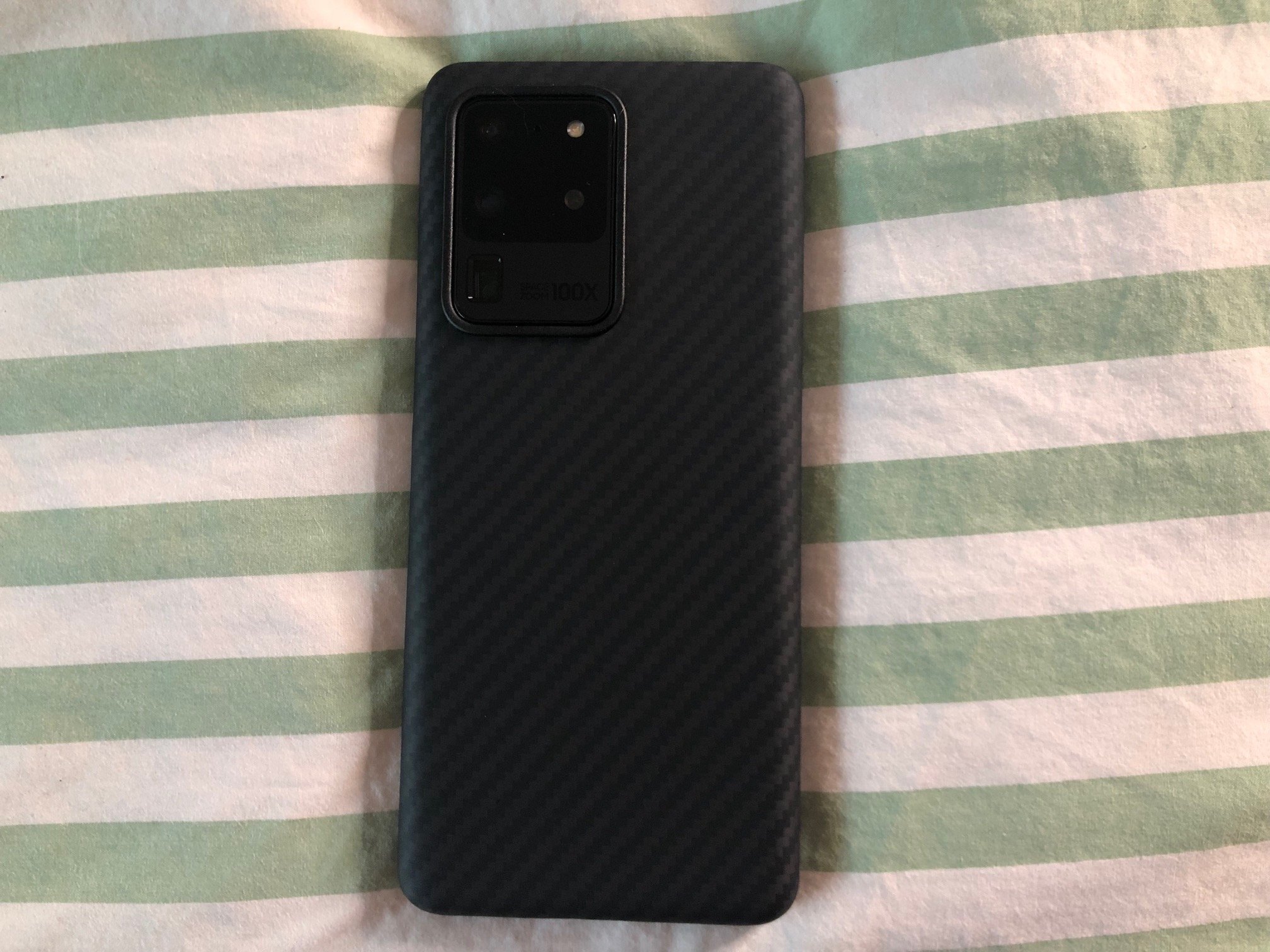 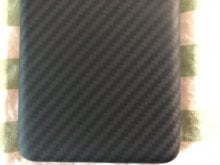 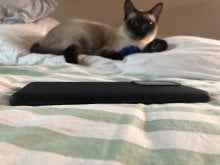 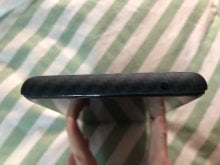 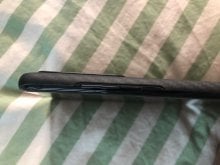 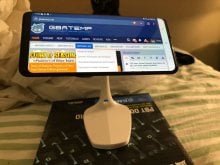 Pitaka’s cases are certainly nice, but their biggest draw has got to be their compatibility with their MagEZ line. We’ve taken a look at their range of magnetic products before, such as the wallet, travel kit, and wireless charger/dock, each of which were useful in multiple ways. Here, the S20 Ultra being a massive phone finally works against its favor; due to the size of the cameras and placement of the phone’s internals, the S20 Ultra doesn’t work well with the Pitaka MagEZ Juice mount. Or rather, it functions, but the phone is top-heavy and tends to fall right off the charger sometimes! That’s not good, but fortunately Pitaka has something to better suit large phone users.

The MagEZ Mount Qi Desktop is a a combined phone mount and charger. By placing your phone onto the center of the mount, it’ll snap on magnetically, and begin charging. I’ve become a fan of this style of wireless charger, because it lets you work at your desk while still being able to position your phone at an angle to see incoming alerts and messages. Thanks to the indomitable power of magnets, you’re able to keep your phone on the Mount Qi Desktop, to which it stays on there nicely. You will need an adapter if you’re using either Samsung’s S20/S21 Ultra, or the Note 20 Ultra, but once you’ve attached it, the phone rests stable. 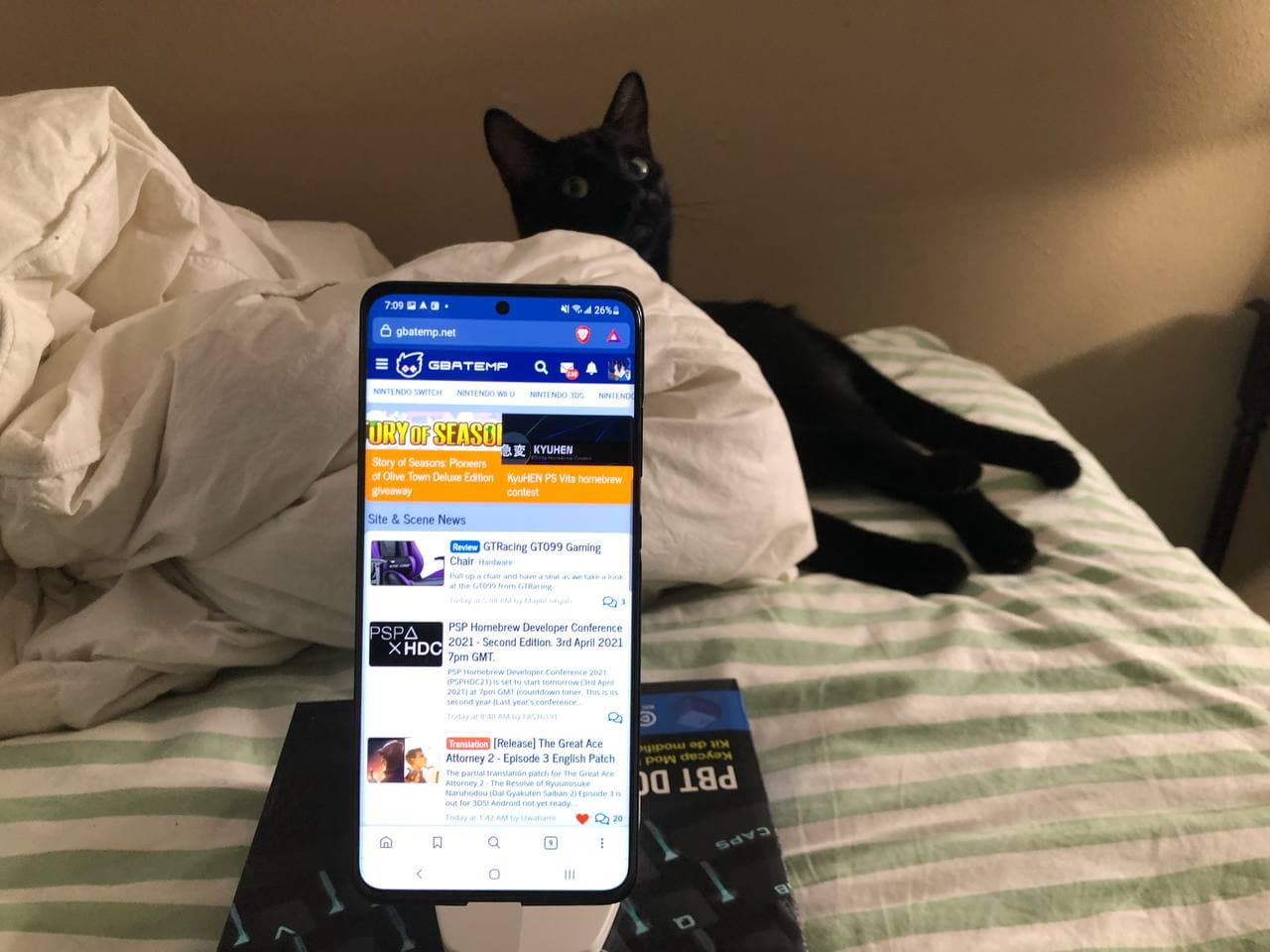 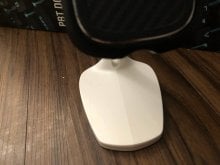 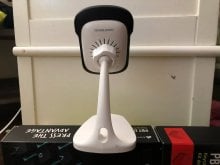 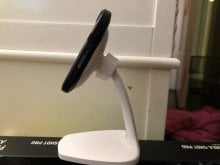 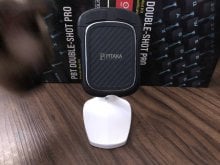 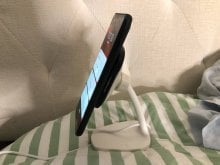 Coming in Ivory White, the Mount Qi looks good on a work surface--though the plastic and build quality of the neck of the mount feels on the light and cheap side. The base of the mount even came a little scuffed out of the box, too. The charger part is all quality though, with a chrome edge around the center of the wireless charger, which looks exactly like the case. On the sides are fans, so that it stays moderately cooled when fast-charging for long periods of time. A small cable travels through the bottom of the device and through the base, in order to provide charge for your phone while it’s docked. It’s less elegant than their MagEZ Juice in a lot of ways, but it’s still a nice way to keep your phone situated, especially because you can rotate the charger--so long as you give the cable a little slack--so that you can keep your phone in landscape mode and watch media on it.

For $50, the MagEZ Mount Qi Desktop is a solid little phone mount that works well at keeping your phone upright and at the best viewing angles for staying on top of your alerts. It’s really become invaluable, because I rely on catching my notifications the moment they come in, and it used to be a pain to do so, as phones normally charge flat, on a regular Qi pad. I’d say to definitely check the Mount Qi out if that’s ever been a worry for you. And as always, their cases are on point; giving your phone some low-key style and good feel, while providing you with decent protection. 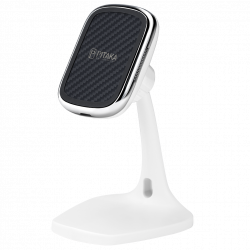