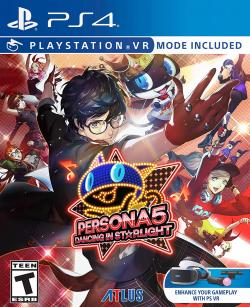 After the success of Persona 4: Dancing All Night, Atlus gives the other two modern Persona casts their time to shine in the dancing spotlight in Persona 3: Dancing in Moonlight, and Persona 5: Dancing in Starlight.

The Persona series has reached mainstream worldwide success in recent entries, with most JRPG fans being well acquainted with Atlus’ Shin Megami Tensei spinoff. With beloved characters and a loyal fanbase willing to support the franchise, Persona was the perfect target to get the side game treatment; one of which ended up being Persona 4: Dancing All Night. Three years later, the west has been treated to two more dancing related titles, this time starring the casts from Persona 3 and Persona 5.

Get your groove on

Breaking away from the normal JRPG standard that Persona is known for, these Dancing titles are instead rhythm games, similar in vein to the Hatsune Miku series. It’s a drastic change from the typical fare of using demons to fight against evil while balancing a school life, but thanks to the strength of the soundtracks that Persona boasts, they help support the musical-based genre shift. A few changes have been made since the previous outing, the most notable of which being the overall increase in visual quality, and the lack of a story mode; the latter of which has now been replaced with Social events which mimic Social Link/Confidant events from the mainline series. Seeing as the narrative in Persona 4: Dancing All Night was lacking at best, especially when compared to the source material, it was a wise choice to leave it out in the sequels and instead focus on character interactions. 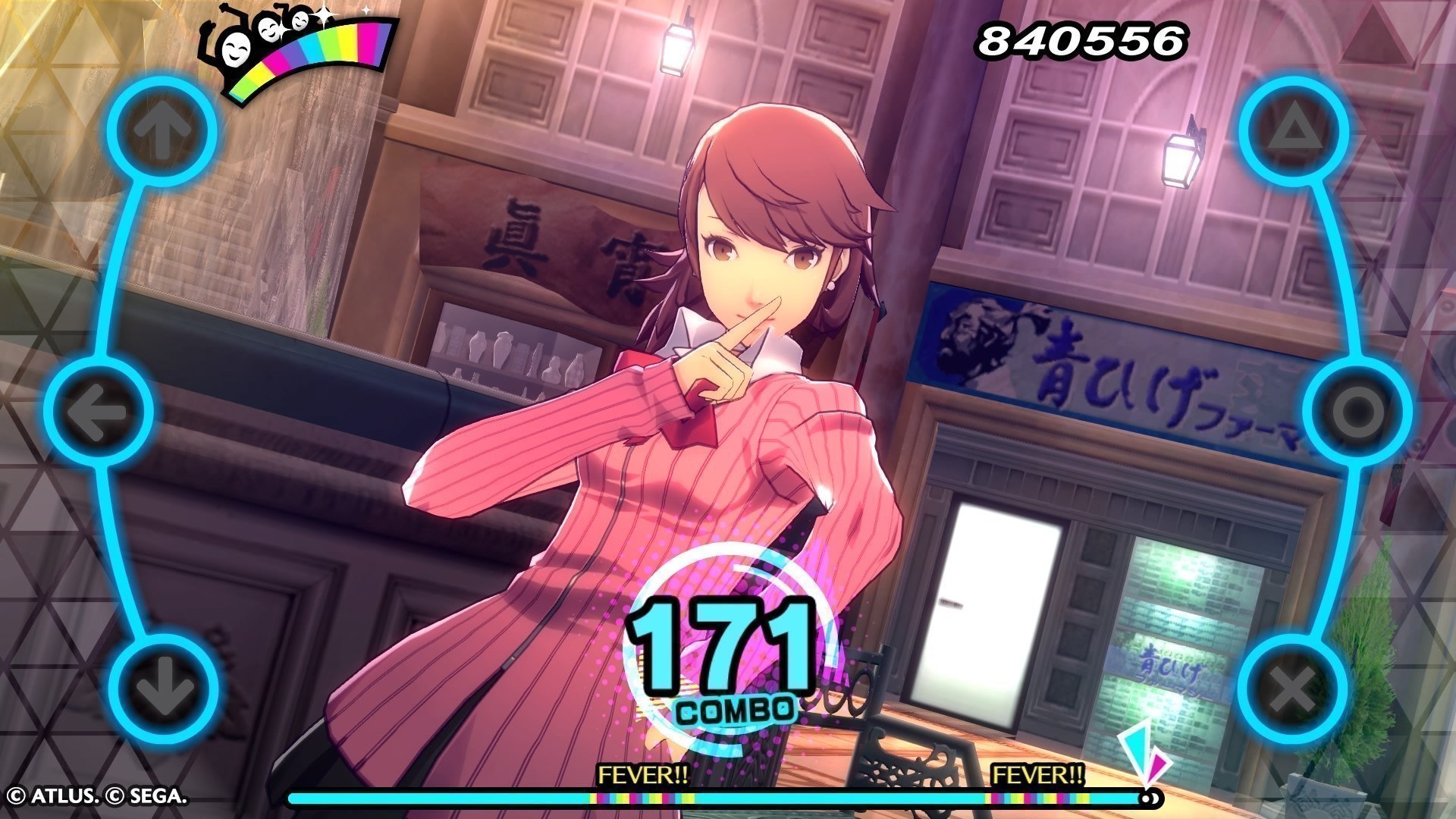 Players familiar with rhythm games will be able to easily pick either of these up, as they follow a simple formula. The outer PlayStation face buttons, Triangle, Circle, and X, and Up, Left, and Down on the D-pad all correspond to notes that will appear on screen. As the notes float towards any of the six spots on screen, you must press the correct button to the beat in order to rack up a combo. There’s a range of four different scores you can get per note; Perfect, Great, Good, or Miss. Getting the former two will keep up your combo, while being too early or late to pressing the buttons will get you a Good or Miss, meaning your combo will break. For those that are more confident or experienced, scratch rings will appear, and you’ll have to flick the right analogue stick to hit them, meaning you're taking your fingers off of the important face buttons to do so. Missing these specific beats however, will not impact you negatively, as they exist solely to give an extra boost your score.

Compared to P4:DAN, the baseline normal difficulty here offers more of a challenge, though if you want to really test yourself, there are multiple “modifiers” you can equip which change certain gameplay elements, sometimes giving you a shorter amount of time to see the incoming notes, or even a rather ambitious modifier of making them entirely invisible. Some of these offer some added depth to the rather simple gameplay, while others will assist newer players by giving them extra chances to complete a song. It's a welcome feature, and one that gives extra replayability after you're conquered all the songs on the regular difficulties. 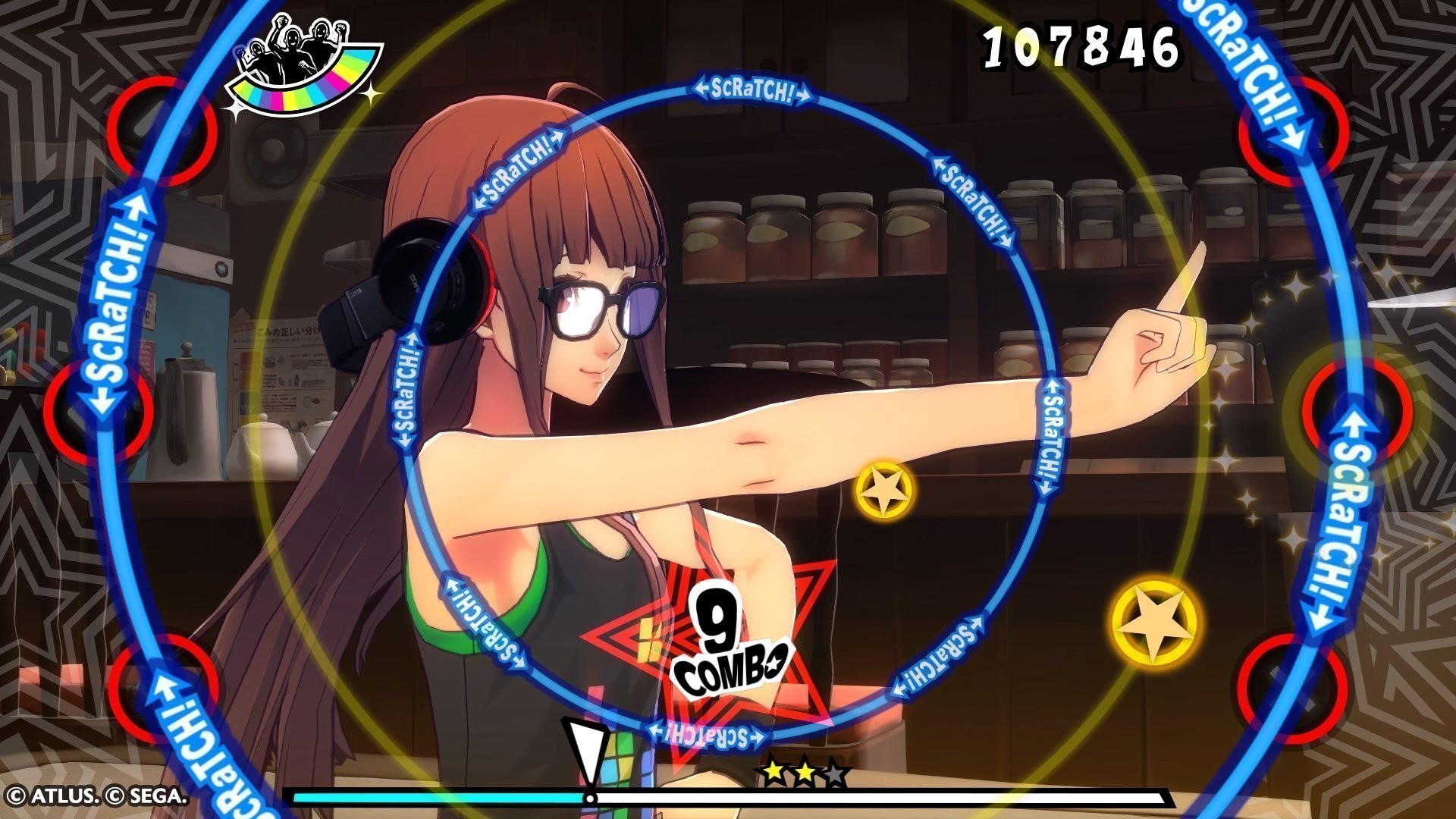 This time around, we get a slightly less ridiculous explanation as to why everyone suddenly must dance; rather than dancing to defeat evil Shadows, SEES and the Phantom Thieves have been dragged into a dream world competition, where both casts must fight against each other in order to have the best dance moves. Since everyone will forget what transpired in the dancing dream world once they awaken, the story is technically canon, in the same way that Persona Q was.

As mentioned before, the story mode has since been removed in lieu for the new Social mode. Through completing songs and fulfilling certain objectives, support conversations will unlock, allowing you talk to each member of the team. Going into songs wearing certain costumes, or reaching certain conditions like racking up a set total score will let you reach up to eight conversation levels with each character. Supports involving Yukari and Junpei will only unlock once you wear a certain amount of outfits, while Aigis's or Yusuke's will require hitting notes perfectly thousands of times. Most of these are easy enough to do, and will simply require players to replay a handful of songs to get to level 8 with a majority of the characters. Every time your social rank goes up, you'll unlock accessories and character-specific costumes, of which there are a great many of them to collect in total.

For those that happen to have a PlayStation VR headset, a special mode will become available after you reach a certain social level with any of your teammates. Both main characters' rooms have been re-created in a minigame that has the player explore the area in VR, which is a neat little feature. If you don't have the PSVR, you can still explore the rooms, which are nicely detailed and have multiple references within. 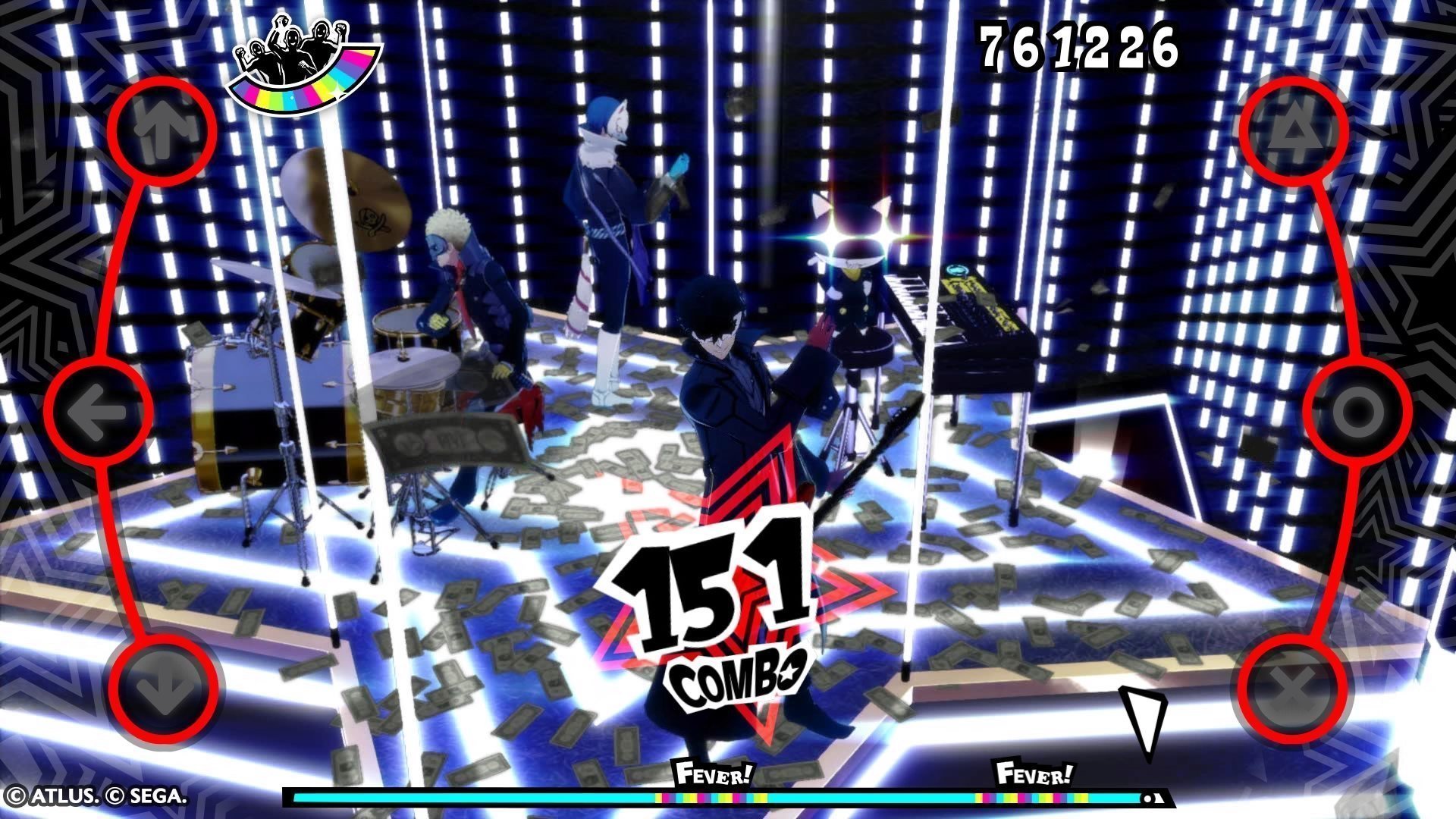 When it comes to Persona games, they're always sure to have a special style and visual design that not many other games can compare to. Luckily, the same is true for both dancing games, as they capture the same look and feel of the titles that they're based upon. Persona 5: DIS has a loud red and black overall theme, and the UI elements clearly use the same familiar text and graphical design from Persona 5. Persona 3: DIM is the same way, having a more somber blue tone to represent itself, with more reserved, though still bright, visuals. Whether it's the basic menu screen, or an elaborately choreographed dance maneuver, everything stands out and looks great.

Opinions on the music will entirely rely on the player, but within each game’s 25 song tracklist, there’s bound to be at least one piece that can be found enjoyable. Every memorable track, such as Persona 5’s Rivers in the Desert, Last Surprise, Wake Up, Get Up, Get Out There, and more are all present, in original and in remix format. A full tracklist for Persona 3: Dancing In Moonlight and Persona 5: Dancing in Starlight is within the spoiler tag below for those interested. Extra DLC tracks and characters are also available; Persona 3's Shinjiro Aragaki and Persona 5's Goro Akechi are pre-order bonuses, while over 20 songs will be post-release paid downloadable content. Dozens of costumes will also be DLC, some of which being Shin Megami Tensei, and Yakuza crossover outfits for the characters to wear.

Being a Persona fan is almost an absolute prerequisite to enjoying Persona 3: Dancing in Moonlight and Persona 5: Dancing in Starlight. A majority of the enjoyment from these games comes from seeing your favorite characters interacting again, and playing through familiar catchy songs from the main Persona series. There’s a good amount of content on display and plenty of fun to be had for veterans of the franchise, but it’s also incredibly difficult to recommend them, as each of the two titles cost full retail at the time of release, alongside a multitude of planned extra DLC to top it off. If that doesn't deter you, this should be a must play for anyone that loves Persona, but many might want to wait it out for an eventual sale.

Verdict
You, DS1, Hells Malice and 5 others like this.
Unlike this review