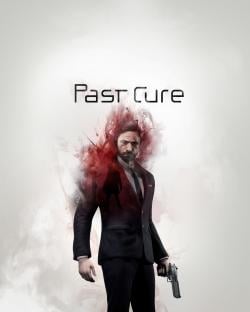 When you thought that you’ve seen it all, here comes Past Cure...

Hi I’m Ian and I have issues.

Ian is an ex-soldier who one day woke up in a highway in England after stepping out of a plane from Syria and realizes that three years have elapsed between the two events. He has no idea what happened during the lapsed period.

Since his incident, Ian has been having weird dreams and illusions and he has also discovered that he has gained two supernatural abilities. The first one allows him to have out-of-body experiences allowing him to survey his surroundings and even interact with his environment like corrupting those pesky surveillance cameras… mostly that’s what his “astral projection” is used for. His second ability gives him the power to see things in slo-mo while moving normally himself; in other words, bullet time. However, both of his new abilities use up his stamina. To refill the latter, he has to the cryptic “Blues”, pills that he bought on the deep web.

He has been in cahoots with his brother Markus for some time to find those who have wronged him and have a meal that is best served cold with them: revenge. So off he goes! 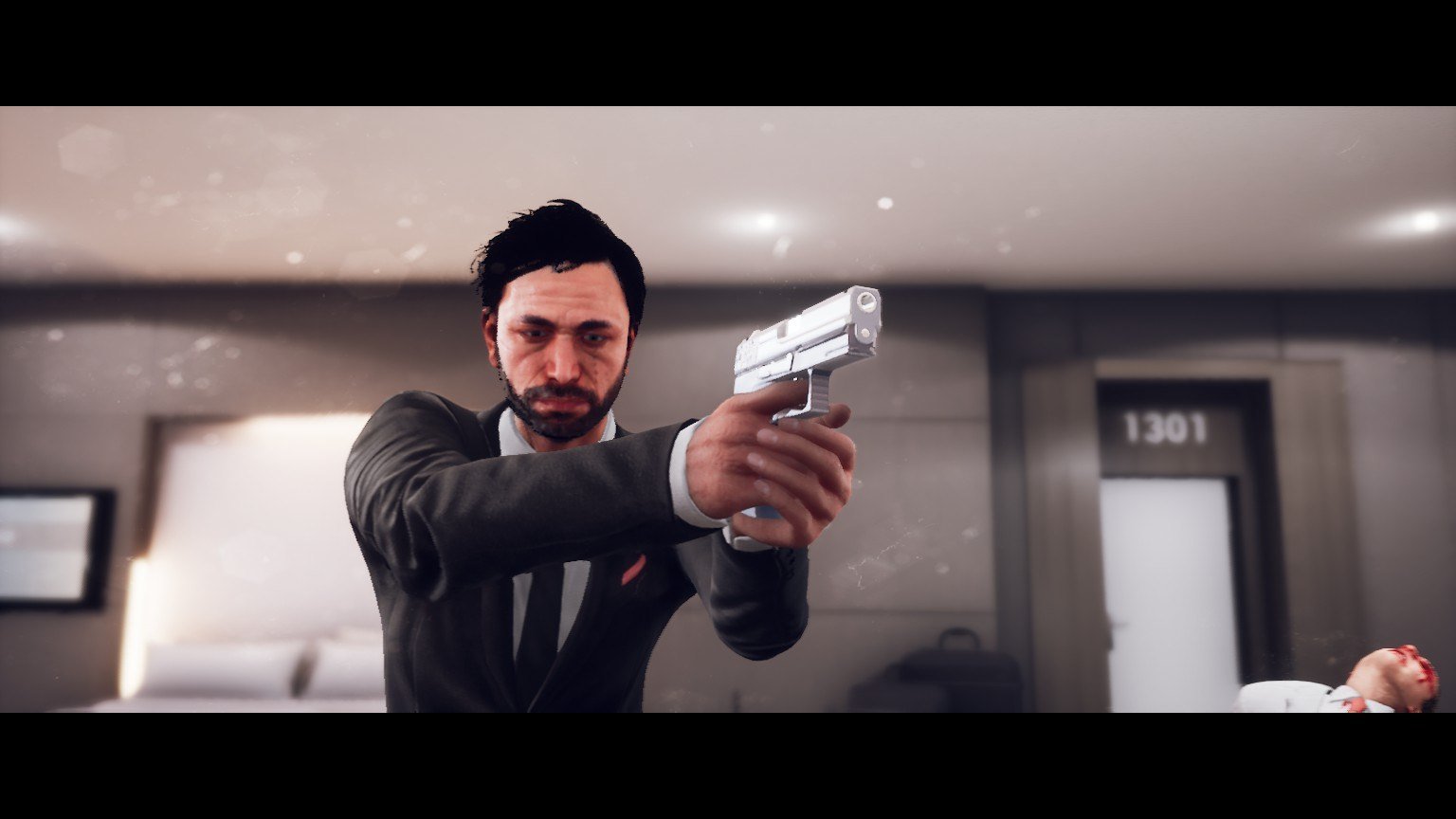 Surely the concept of the game was decent enough to encourage Phantom 8 to go forward and make the game. However, the video game world Ian is in is fundamentally broken. From weak narratives to a poorly executed plot that got me more than once confused (genius antagonist: ok. Now where do “Romanian friends” come from and how do they fit in the plot at the time they are mentioned?) to graphics that often made me feel like playing an HD remaster of a PS2 game, Past Cure missed the target from what it set out to accomplish. 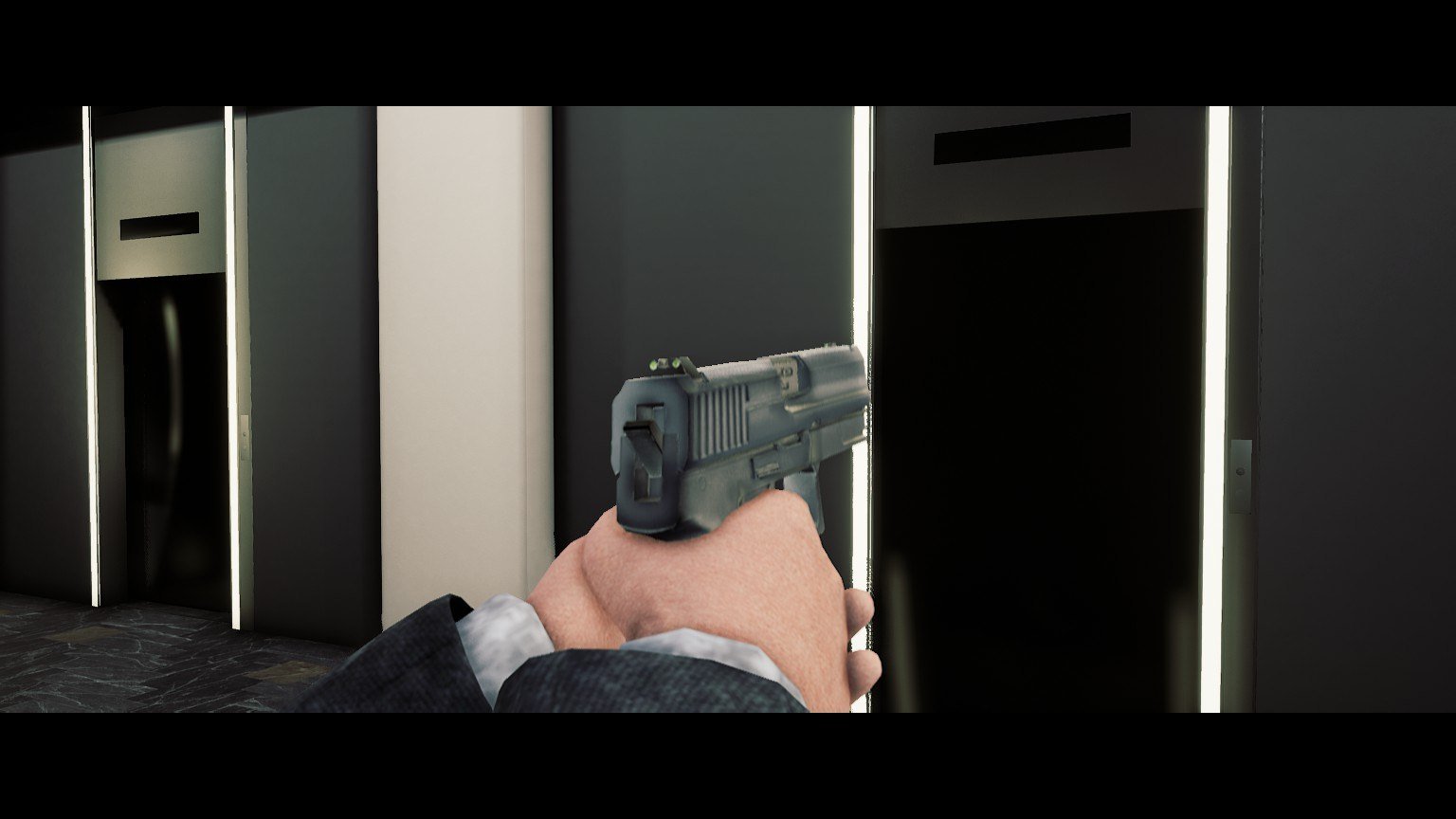 Y2K called, it wants its graphics back

Full disclosure: the storytelling was so bad that I had recourse to the Press Kit that the developers provided to piece Ian’s past together and summarize it for you... Honest!

Past Cure does not even have its gameplay together. After drudging through two whole chapters that served as tutorial (that's like a third of the game!), one would expect some exciting hands-on action. So when one is tasked to infiltrate a building by sneaking past guards and surveillance cameras, the knowledge acquired from the instructive (and very lengthy) tutorial kicks in: crouch to advance noiselessly, hide behind walls to avoid being seen or even sneak kill a guard and use the astral projection to incapacitate cameras. But thing is you have to keep on doing this for the whole level which is basically a never-ending parking lot. To engage the player Phantom 8 somehow thought that it would be adequate to explore a mechanic by hitting repeat until the chapter is over. By having the player keep on repeating his/her actions, the gameplay loses any sense of originality and ends up feeling monotonous. The action and stealth sequences end up lacking in flavor and the game’s most promising mechanics the “astral projection” and time manipulation are grossly underutilised. Moreover, the enemies are controlled by rather simplistic AI who mutter equally simplistic things on repeat. Suffice to say that I found the gameplay to be very bland, to say the least.

To top it all, the environment pathologically lacks in variety. It has the gamer play similarly looking sequences over and over. So much so that it had me doubting if there was an in-game bug that got me running in circles… But nope, environment recycling was blatantly at work here.

Now imagine performing the same action over and over again in settings that are all similar save for a few minor alterations here and there. This is the ordeal one is put through through most of Past Cure. 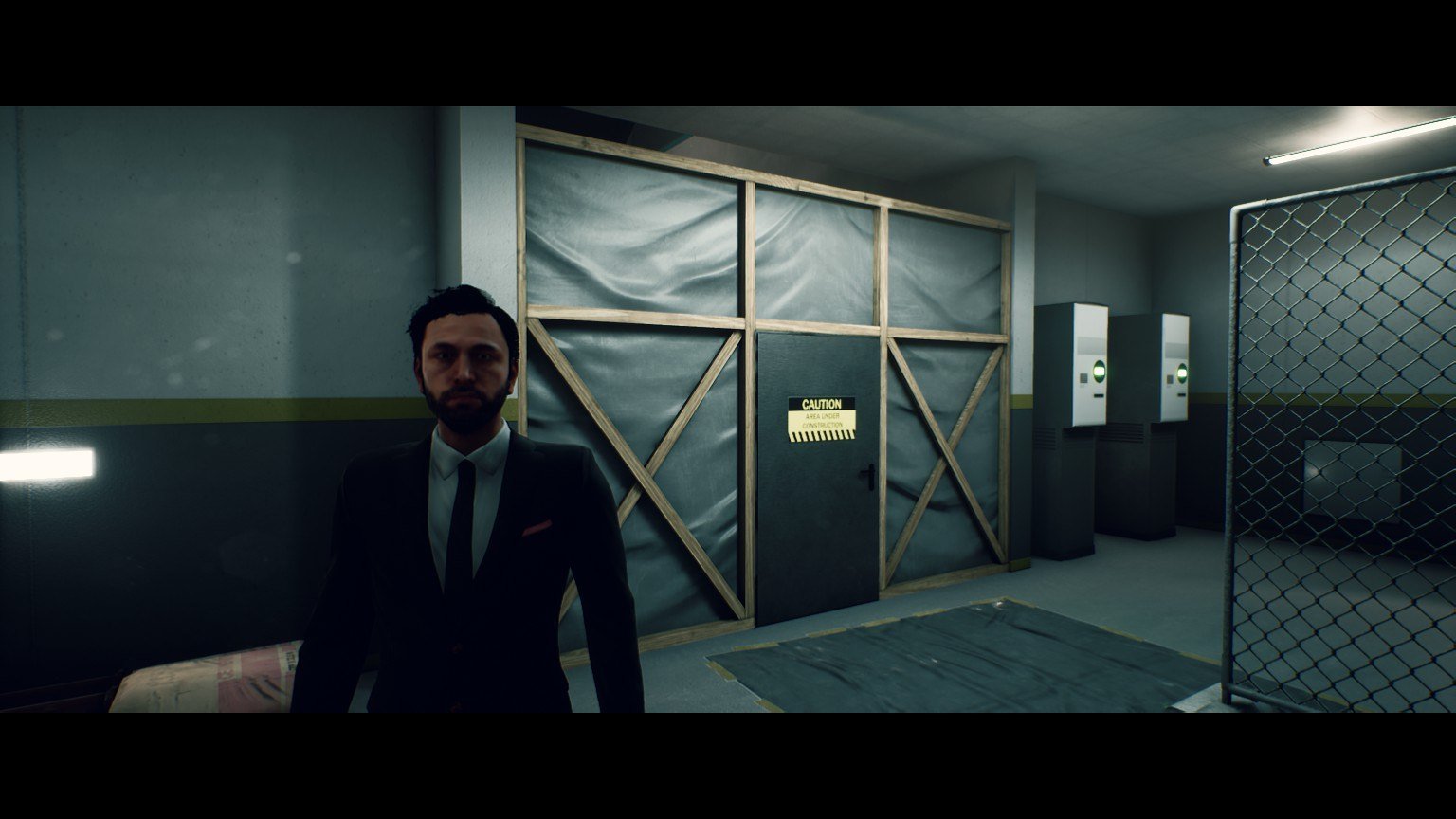 I've been to this place before...

One of the later chapters was quite interesting though, pitting Ian in an eerie abandoned prison from which he had to escape while solving some puzzles (looking for the electrical room by following the electric cable was unexpectedly fun, which goes on to say how low the level of fun this title set). That was the best the game could offer. No wonder they used this chapter for the game's demo... 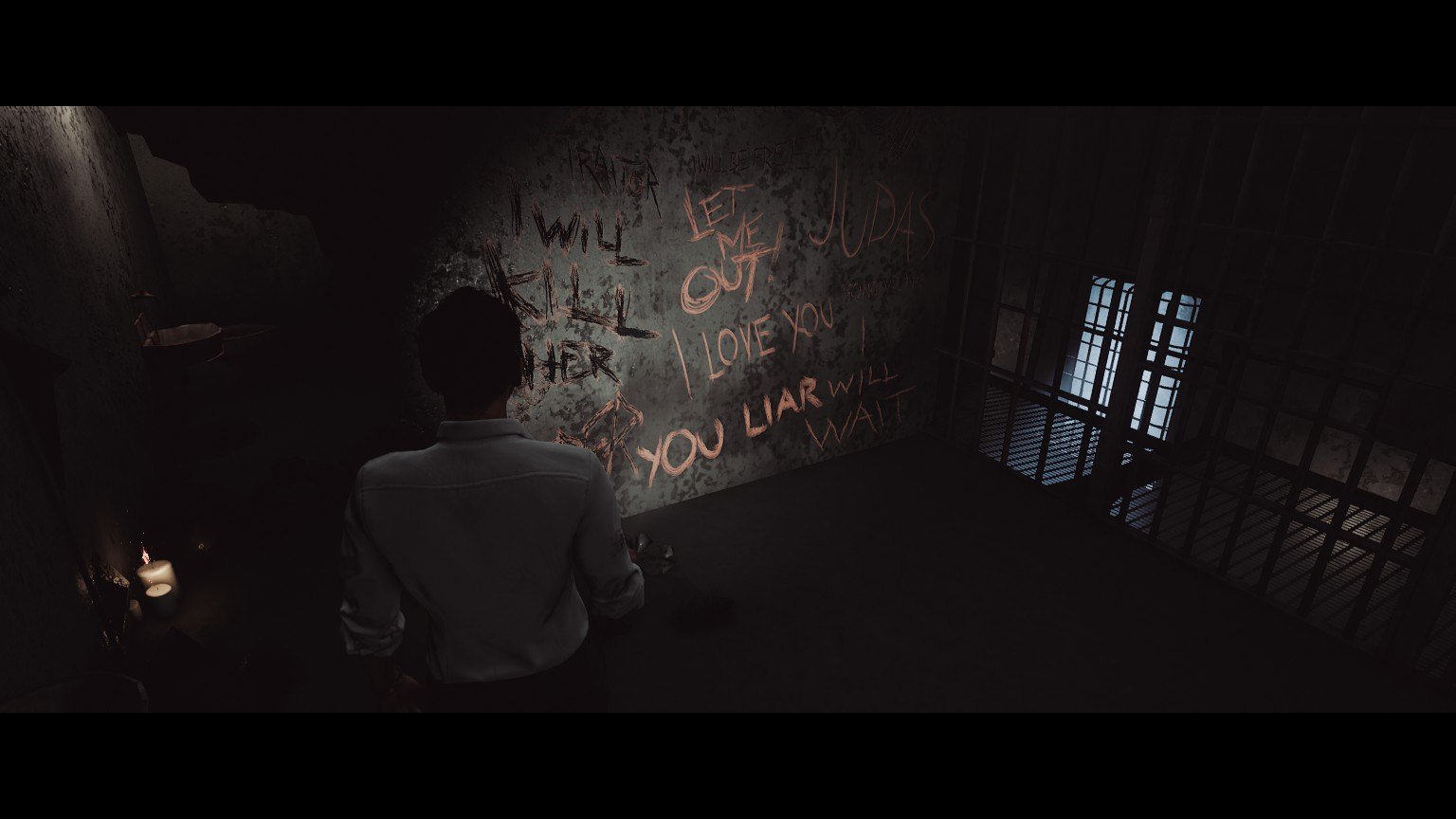 Past Cure tried to be too many things at once and ended up tangled in a big mess. It tried to incorporate suspense and mystery elements in the plot but the way that they were executed made the narrative end up more muddled than anything else. The voice actors did not help in livening up the “cinematic experience” either. All too often they sounded like they were just reading some lines without bothering to convey emotions through. A weak plot acted out by even more mediocre voice actors is the perfect recipe for a disaster. 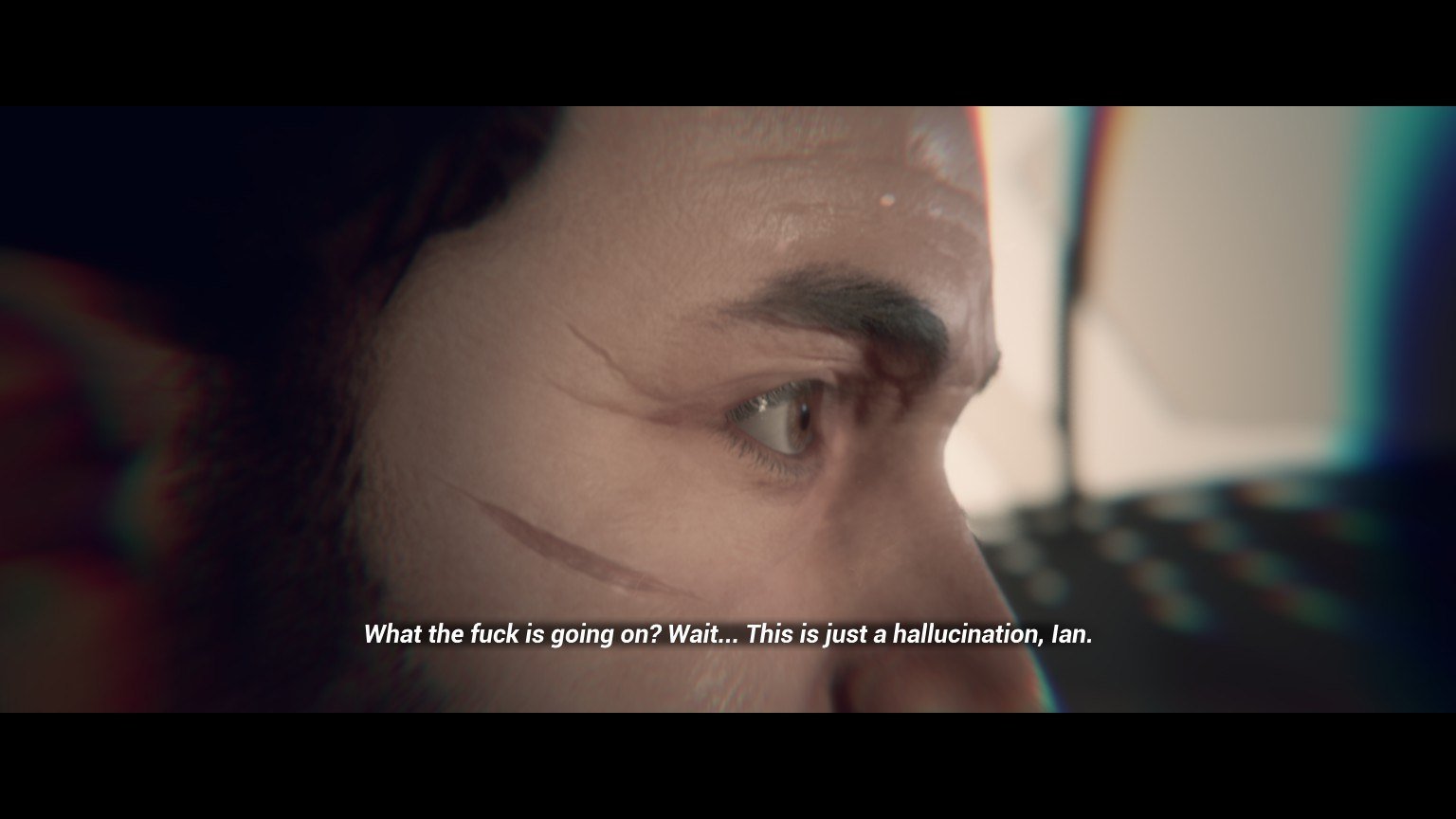 While I played the early pre-release press build of the game, I doubt that much has changed in the retail version, unless they made another game out of it altogether… Ok, I get it that Past Cure was made by a small indie group on a tight budget and that it is their first game and all. Still, they could have been a little more realistic with what they could deliver. If they could not execute a third-person game with a “cinematic experience” and “high quality graphics” as they claim, they could have taken more time to polish the plot and/or tried another genre. A visual novel with fancy stills could have worked in my opinion. Or an audio book. Or dial it down a bit and make a simpler game altogether but not this. Hopefully Phantom 8 will learn from this experience and reconsider their next steps.

Past Cure is the worst game I've had to review since Syberia 3 (at least that one had some original puzzles to partially redeem itself). It piqued my interest with its trailer and had me looking forward to try out what looked to me like Quantum Break x The Evil Within. The most fun I had were actually during some of the cutscenes which were quite decent. But that was about it.

So my heartfelt message to whoever wants to try this game is: feast your eyes on the following because that’s the best Past Cure gets:

Verdict
You, Eix, DKB and 2 others like this.
Unlike this review