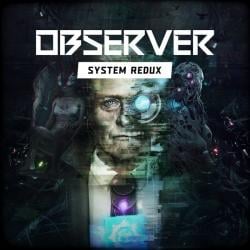 Rutger Hauer is a legend and Observer keeps his spirit going every time you play it.

Observer first hit our systems back in 2017, showing us the unnervingly realistic portrayal of a pandemic situation in the not so distant future. Their artistic visions of 2084 seemed like a long way off, yet the developers captured a microcosm of grit and tension--which we now know what a lockdown scenario encompasses--long before the world we live in today became a reality. Observer System Redux is a remake of the original psychological thriller, lead by none other than Rutger Hauer as Daniel Lazarski, where the neural detective endures the Nanophage or "digital plague" whilst solving the mysterious murders of several of the local tenements tenants. Hacking their brains and interrogating for clues with a device known as the dream eater, Daniel stumbles upon a deeper mystery that all started with a worrying call from his otherwise aloof son Adam. 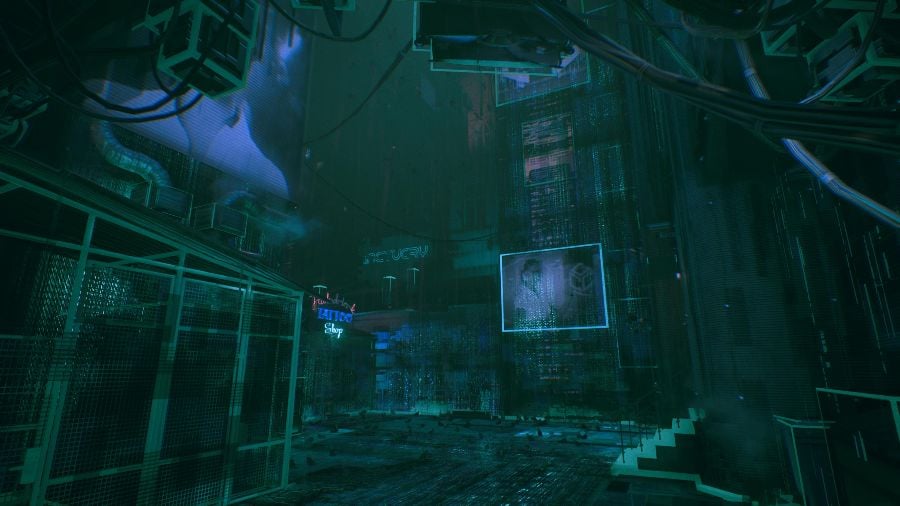 The world of 2084's Krakow, Poland, is intensely gritty, has a very strong Blade Runner mixed with Matrix vibe throughout, and I absolutely love it. Last time round in 2017's effort, Observer was a stuttery mess which I remember thinking was horribly jarring to try to play through, and with its bugs, crashes and sometimes the inability to even reload a previous save; it was a tough game to enjoy. The Redux version solves all of these issues and more, giving it a heckingly nice coat of fresh pixels, lifting the generally dismal PS4 graphics to truly next-gen standards, and thanks to the SSD, load times are virtually eradicated. Spacial sound effects provide texture to the living breathing apartments and give more clout to the obligatory jump scare moments.

With HDR in full effect, the apartment block you find yourself locked down inside has a dark, dingy, and seedy feel to it, with grimy hallways, worryingly exposed pipework and wiring, and detail-rich surfaces and cupboards that you want to investigate, but also pull back from because they simply look gross. The hallways you trundle become more and more twisted and labyrinth-like the more you investigate, and the more you peel the onion in a very Inception/Matrix-style layering of consciousnesses. The neon lights dazzle, the shadows beckon and lure, and the sparks, steam and smoke draw you deeper into the mysterious environments. Pushing deeper into other characters psyches you get to witness the same environments but each time with a hazier, more twisted, trippy layer of atmosphere applied to it. You witness their struggles, their emotions, and most importantly their fears. Delving into corpses' bodies is a big no-no, but does this stop our intrepid protagonist? No, he rolls his sleeve up and gets right in there, bypassing subroutines and laws that prohibit his Dream Eater probing hardware from plunging into cadavers for clues; it's fully captivating! 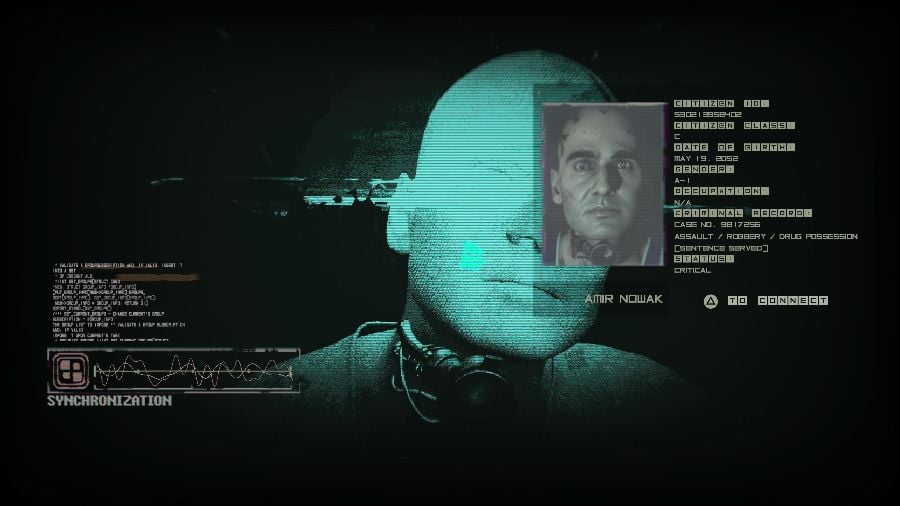 You have two main vision modes, in addition to regular vision and night vision, to enable which augments your detectorist skills. Bio vision scans for biological evidence such as blood, and DNA for crime scene analysis, whereas EM vision scans for Electromagnetic traces and equipment to facilitate the solving of puzzles. I have to admit that sometimes, starting out, the puzzles can feel a little obscure in that it is simply an artifact in the environment that holds the keys to the next area. I remember I felt a bit daft looking for the code to escape room 007 once locked in, however replaying it, I solved it immediately with a lot less frustration than the first time around. The problem is that the game is hyper-realistic, ultra-technical and super-intelligent, and when trying to think along the same lines as these core pillars you will automatically have a tendency to overthink and make things more complicated than they need to be. Remember to keep it simple, and you'll sail through all the puzzles in next to no time.

Let's slam straight into a couple of weird points I thought were worth bringing into the limelight. First and foremost; Ray-Tracing. Sure it's the buzzword of this generation, but why include it if it makes the game run like ass? In standard mode, with no Ray-Tracing enabled, you to have a buttery smooth 60 FPS with very little slowdown if any throughout. However, if you enable it you immediately notice a smeary blurring effect upon performing any sort of turning motion. I just don't understand why it even had to be included within this package, seeing as it doesn't enhance it at all and isn't even within the default settings of the game. It just seems to be there because it's trendy, but it didn't need to brown-nose and namedrop the technology, it just had to look great as it was. Secondly: why oh why did the developers see fit to make opening doors such a chore? Hold R2 to grab the handle and move the analogue stick up or down, left or right, to push or pull or slide doors open? It just seems like an entirely redundant motion that really slows the game down for no reason other than someone probably said, "you know what would be cool...", well, it isn't; it just shouldn't be a mechanic of the game, it is pointless and no more immersive than clicking a button. I would like to point out that as a tireless advocate for PSVR, I could definitely imagine this feature bringing another layer of immersion to having to reach out and grip the handle, fling the door open, and burst into the scene, however, in this completely non-VR iteration your character's hand doesn't even actually interact with the door handles or curtains. Utterly pointless in my humble opinion. 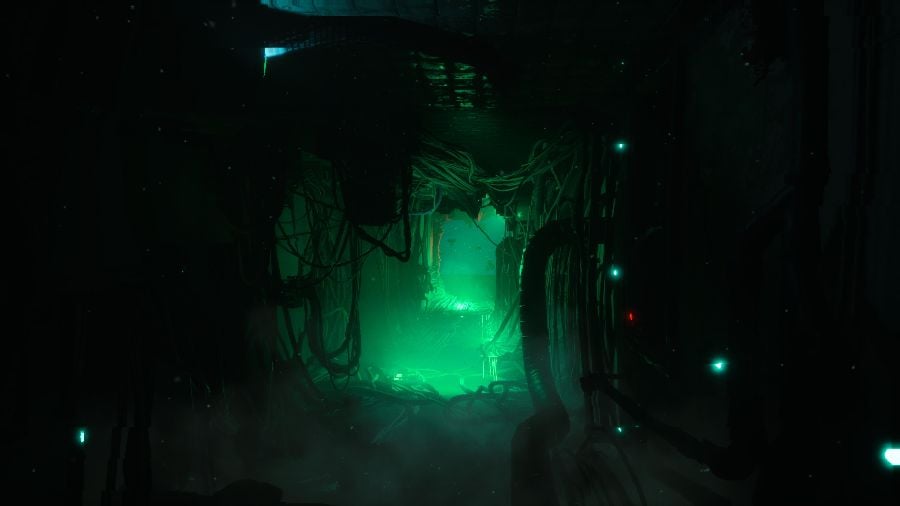 You are meant to stabilize yourself with synchrozine throughout, to straighten out your visions and bring yourself back to reality, but what if you don't? When I first played Observer I stuck to the rules, I kept dosing myself and tried to retain my sanity to prevent the creeping tension from building and distracting me. This time I decided that for portions of the game I would straight-up refuse to take the meds, disobeying any warnings my implanted AI system screeched at me in favour of trying to descend deeper down the rabbit hole. Alas, though it seems this would have some larger impact on the game, it plays out pretty much the same way throughout, even if you did a playthrough fully taking your meds periodically, which saddened me somewhat; I had hoped beyond reasonable hope for multiple endings this time around.

Each character has their own defined narrative within their dreams, yet each one connects satisfyingly and contains underlying themes running underneath the obvious surface layer. The feeling of oppression and anxiety is very much at play here, with each character expressing their needs through a series of hallucinations with ghostly apparitions playing out the pivotal stories keyframes along the ride. Synchrozine aside, you have this undulating pressure to get in and out as fast as possible, extract all the information and clues you need to move on, and survive the whole mental stresses involved with jacking-in to another person's mind to be the titular Observer. I'm sure this has been done before in cinema, but this edgy futuristic narrative feels interactive and fresh, engrossing and captivating; but all the while overly long and arduous. The length of each of these sequences continues on for far too long, leaving you feeling a little fatigued by the end, which could have been done purposefully by the creatures, or it could just be the side effect of bad pacing. 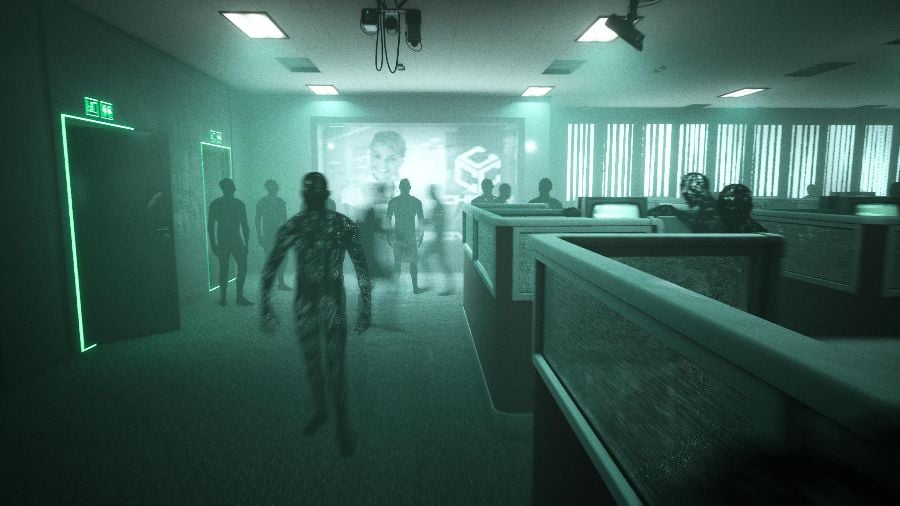 Observer System Redux is without a doubt the definitive version of this title, and therefore the one I recommend you to play. This isn't to say that the game isn't without its issues, and these are issues that ironically plagued the first version of it back in 2017. The narrative pacing is just too slow and drawn out to make the game anything more than a trudge. The deep dive into each consciousness is an intriguing gimmick that rolls out the red carpet for its everso dark, twisted, edginess to shine through, however, it is all just a bit too strung out to be overly enjoyable. Had the game sped up these sections, made them shorter and made them more densely packed, Observer would have been a shorter, more visceral experience. The addition of Ray-Tracing still alludes my respect, it's utterly worthless, and only there for people to say "Observer has Ray-Tracing", but if I wanted to play a 30 FPS murky blurry game in 2020, I would dig out one of my non HD consoles and hook it up through RF.