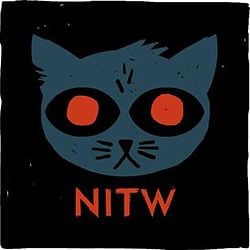 Side scrolling text adventures certainly aren’t new, nor have they felt like the same game to too many a person. Initially, this was the impression I had when I was about to delve into the world of Night in The Woods.

​
Your journey will take Mae, a sardonic, angsty college dropout who happens to also be a cartoon cat, back home to Possum Springs after unfortunate circumstances I’ll elaborate on shortly.

What I was greeted with after I was thrown off the last bus into Possum Springs was an air of sarcasm, realism, humor, and a terrible sense of loss. When you start taking your first steps into the game, you can explore the set pieces around you with the tap of a button which will garner little quips or memories from Mae. Right from the get go Mae holds nothing back regarding her distaste with her past here or how seemingly nothing has changed at all. 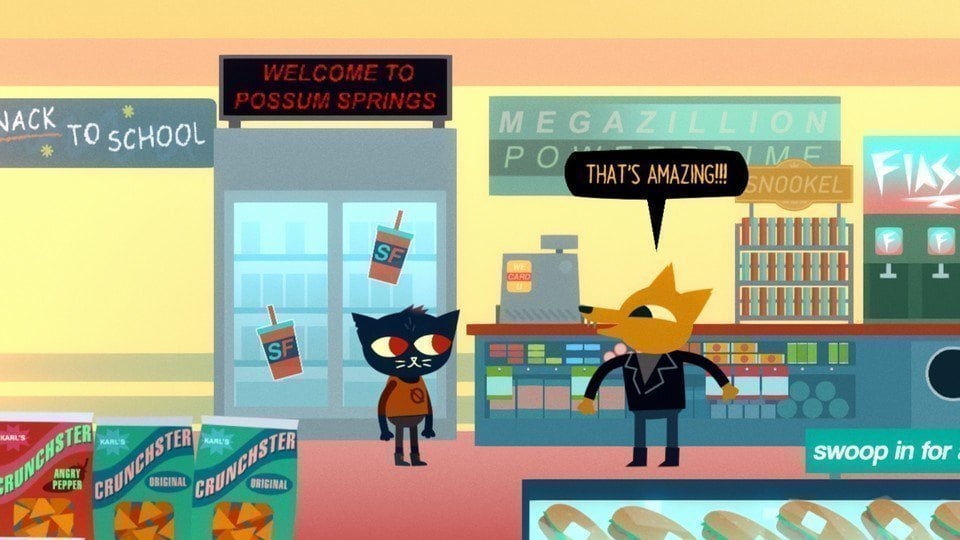 ​
It sets a small lighthearted, yet also a somewhat sad setting that the game will follow. Mae just got off the last bus of the night after leaving her college behind, only to find that her parents had completely forgotten she was even coming home, and she, therefore, had no one to pick her up. The game utilizes simple platforming to make your way out of the station and through the woods to try and take the shortest route back home. The woods introduce you to some of the environmental platforming that the game focuses heavily on. The mechanic is simple, and there is not much emphasis placed on it other than to get to out of reach places for Mae to explore later in the game. 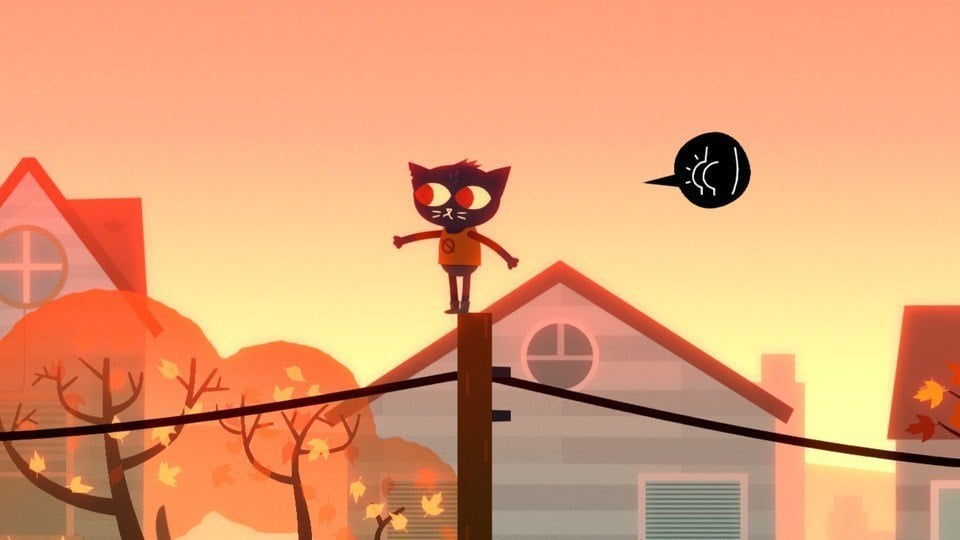 ​
Night in the Woods relies heavily on interaction with the other characters of Possum Springs to garner information about Mae’s past, as well as redevelop lost bonds after being away from home for so long. Upon Mae’s return home, she finds so much has remained the same yet many things have moved on from her as well. Your main friend group consists of a Punk-Rock fox named Gregg who always has time for mischief and illegal activities, a Dapper Bear named Angus who also happens to be Gregg’s boyfriend, and an incredibly emo/goth alligator named Bea. You can choose who to focus your interactions with more on learning more about that character as well as your relationship with them in the past. From long lost memories of the good times to the present made memories of goofy antics and shockingly sad realization. 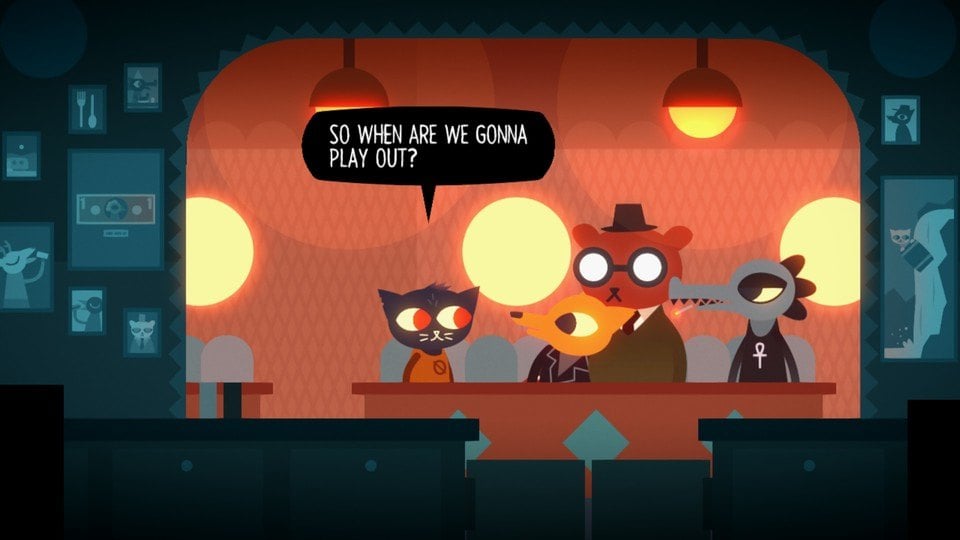 ​
The beauty of Night in the Woods is its ability to bring incredibly real adult themes to such a cartoony atmosphere. Mae is hilariously contrite in some situations and yet scarily relatable in other examples of her past and present dealings. Issues of anxiety, depression, loss, and more, all blend in the deepest roots of Possum Springs and bring the small town to the real world.


In some moments, the game will have you laughing and enjoying your time with little minigames like rhythm games at band practice or shoplifting at the local mall for giggles. And yet the very next moment can have you tearing up as you learn of Mae’s darker past and why she is the way she is, or why some people have grown to despise you for the things your character is to blind to see right in front of them.

These choices are entirely up to you as well. As you wake up every morning, you get to decide the kind of day Mae will have. You can check your laptop for messages from friends and run around the town to determine who and what you will interact with that given day. 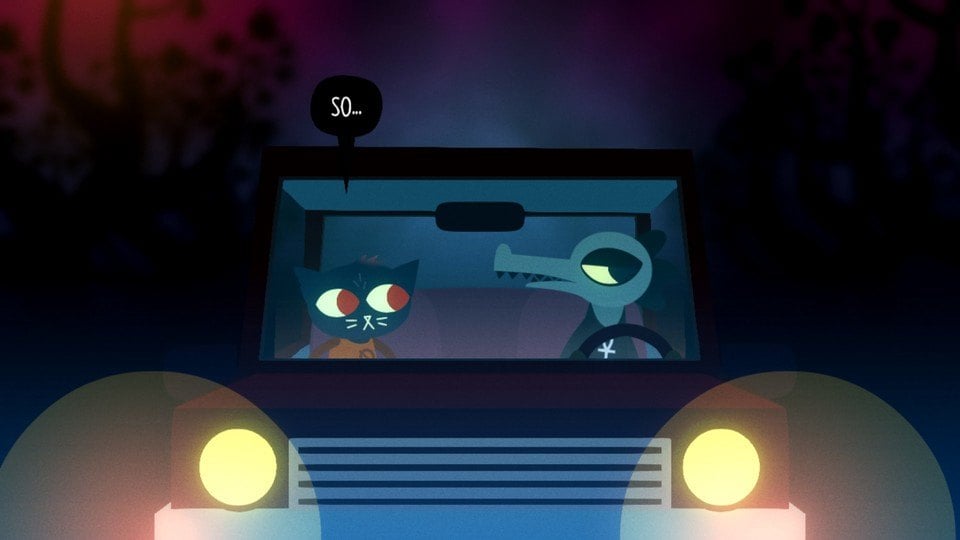 ​
Everything that you do in Possum Springs is chronicled in Mae’s Journal which made for a cute way of looking back at all the things you had been doing as you played the game. The entries are so personable and yet as you progress you’ll find some of them becoming more heartfelt, darker, and haunting in the way Night in the Woods is so good at doing. 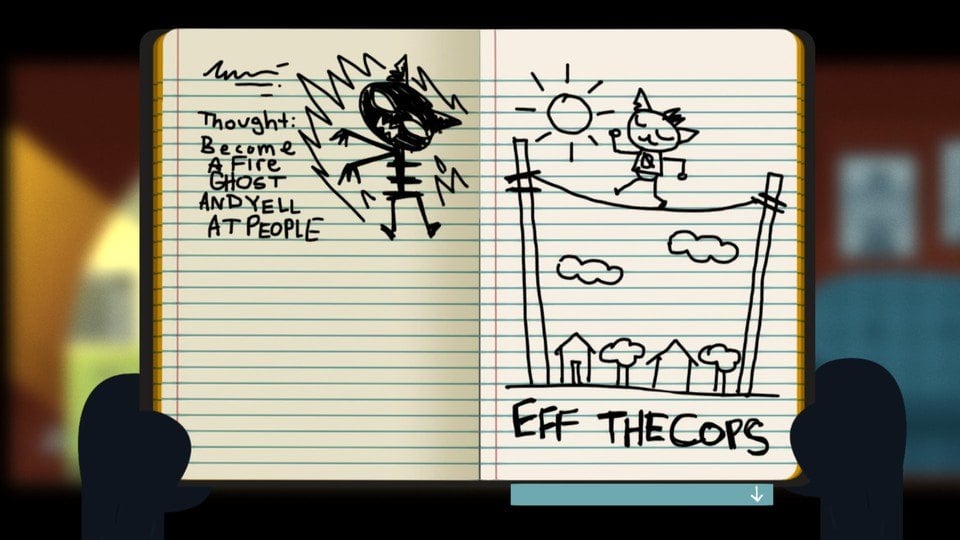 ​
Various other characters around the town have their little stories and quirks to them that can be completely missed or spread out into their own wacky and endearing tales. On some days, I went stargazing with my old elementary school teacher, and on others, I consorted with the creepy goth kids near the edge of town.

Sometimes I’d start my day by talking with my tired mother just to put a smile on her face, and other days’ I'd run out to meet up with Gregg and smash up old cars with a baseball bat. The freedom is somewhat linear in nature but unique enough and split up enough that you cannot do everything in a single playthrough, making the game more enticing for various experiences. 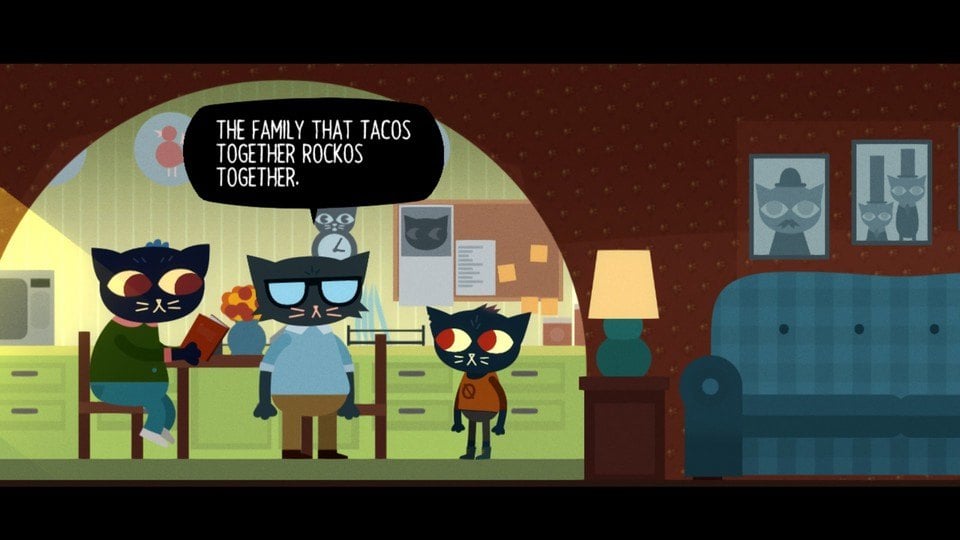 ​
The game isn’t without its shortcomings of course. Running into areas then needing to move back prompts a long wait time in loading screens. Actions can get slightly repetitive over time as you regularly revisit areas for the chance of one to two new lines for the day. The story itself centres on the central mystery but as you approach the latter half of the game it all beings to get a little loose and harder to follow.

But these are only small shortcomings for a game that is so wonderfully artistic and narrative. The music is endearing and chilling at just the right moments. The writing is tongue in cheek yet hits the nail on the head in its darkest and lightest instances. Through its simple interactions, to its overall mystery of just what in the world is going on in this little town, Night in the Woods captivates you wholeheartedly. 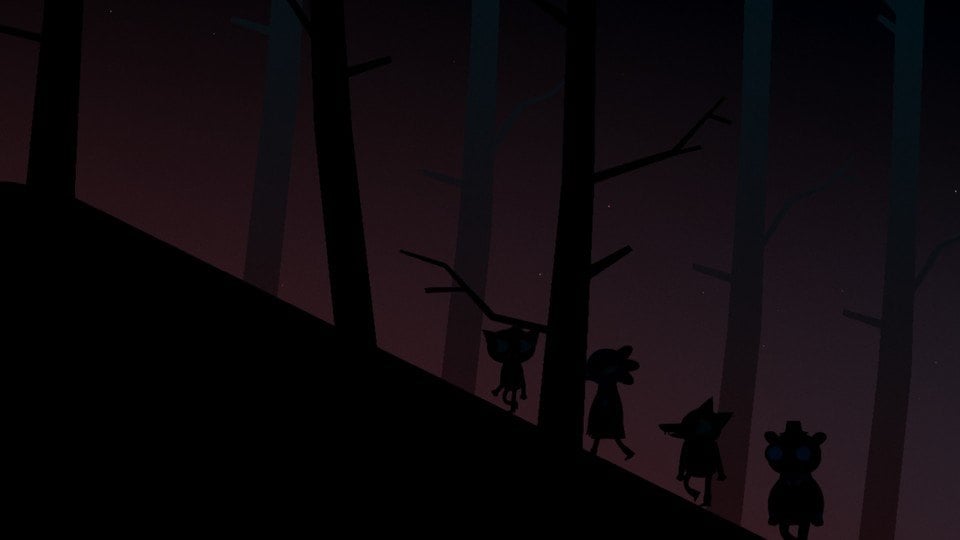 ​
Verdict
You, Chary and T-hug like this.
Unlike this review