I used to play the mess out of NBA Jam on SNES and had a blast with NBA Streets back on the GameCube. Hearing EA was making a return had me excited, so let’s see how they did with NBA Playgrounds! Thank you to Saber Interactive for providing GBAtemp with a review code for this game!

Okay, let’s state the obvious first. This art style is weird. The entire time I was playing the game I just felt this unnerving creepy feeling thanks to these cartoony faces. It’s silly but the aesthetic kind of suits the game in a way as a less serious and more arcadey feel.

This aesthetic carries over into the music, the commentary, and the atmosphere. The music is bouncy and repetitive but still entertaining as quick background music. It’s complemented wonderfully with the snarky commentary that harkens back to the JAM days. Missing shots means hearing the commentators quip with one-liners like, “Is it possible his controller is broken?” or “That was a miss-press right?” 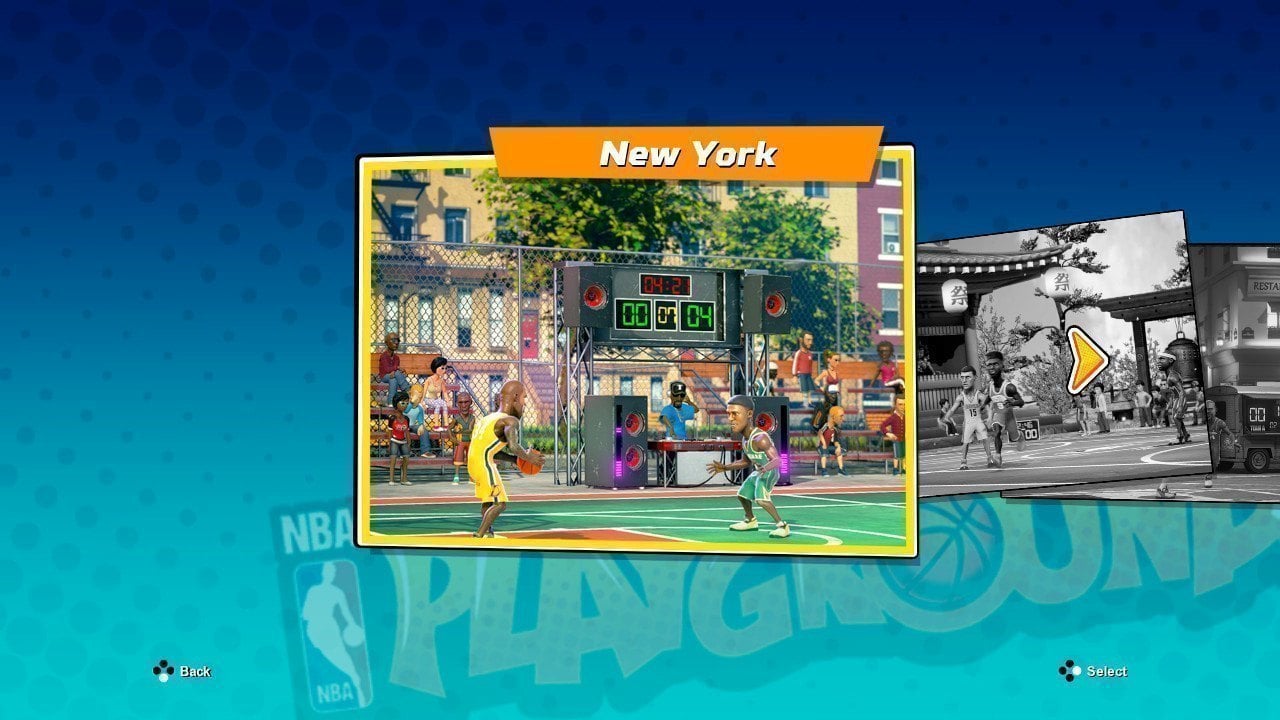 With all that artsy stuff aside, we should probably look into how the game itself plays. You can jump right into Exhibition mode to start with, as all other options are locked from the outset. The exhibition will give you the game's, “tutorial.” I use this word lightly because the on-screen commands barely give you any insight in how to properly execute moves. It’s not like it’s rocket science on what you need to do in the game but rather than a startup tutorial that lets you practice each move, playgrounds just throws you headfirst into the match and pause every now and again to tell you what a button does. I managed to pick it up slowly over time, but it was a lot of figuring out execution myself which was frustrating when I lost my first match thanks to it.

Playgrounds focuses on 2v2 games based on scoring dunks, long-range jump shots, and alley-oops. The controls will always be mapped out for you on the bottom of the screen, and they were simple to grasp onto. Your controls will change based on defending or being on offense, and the transition is smooth between the two.

That being said, if you aren’t going for dunks 9/10 times, the real long shots are an absolute pain to get used to. Regular and long shots are made by holding the shoot button for a set time and releasing at the opportune moment to guarantee a score. Finding this timing is dependent on the player you are using and distance from the basket. It’s also almost never made clear just what the best timing is for the shot, making it very frustrating in the early stages of the game to score without constant dunks. 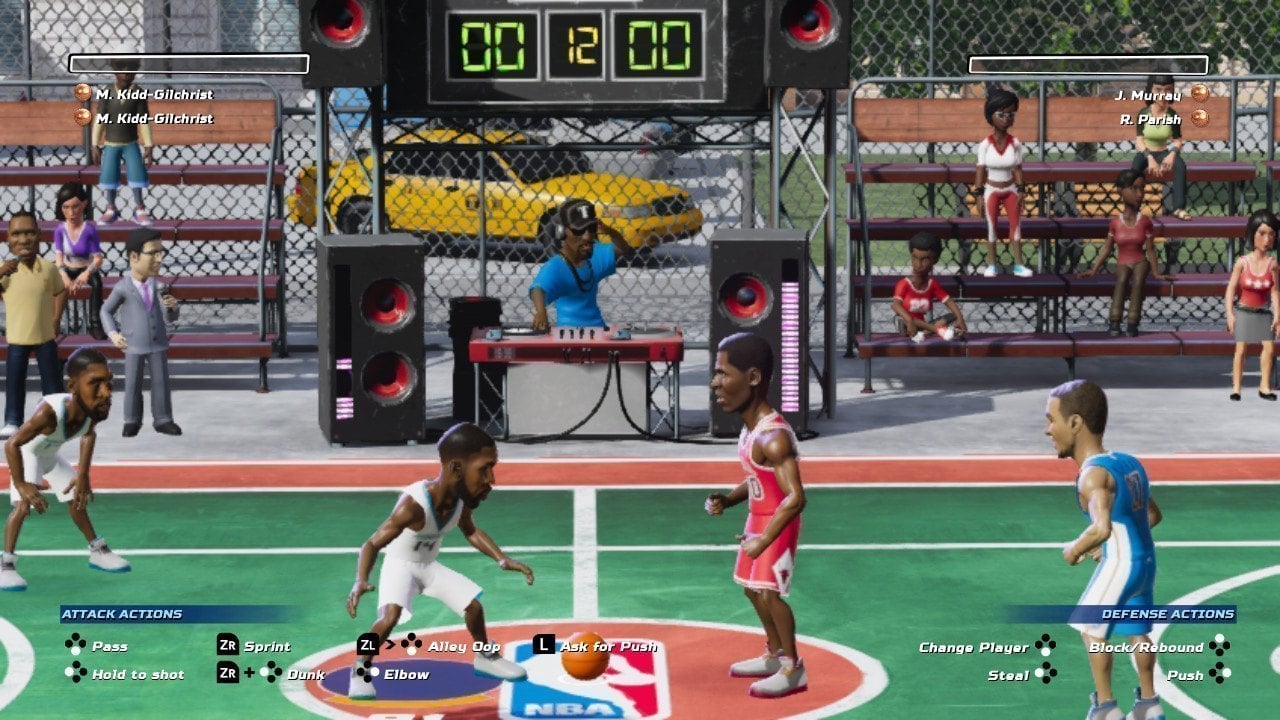 To add into the mix of scoring there is also the “Lottery Bar.” Similar to the NBA Street game breaker meter, the Lottery Bar fills over time as you score and pull off more style moves. When the bar fills, a random reward will come into play for 30 seconds or so. These awards vary from making 2-point shots 3-pointers, increased luck at making longer shots, and other perks that usually pertain to increasing score for moves. It breaks up the gameplay flow a bit, but it becomes incredibly central to progression and flow of the game.

All of the gameplay feels okay yet very back and forth with little mix-up. It was fun to blast through and unlock things somewhat quickly, but that high quickly fades away and becomes overly repetitive.

Outside of exhibitions, there is tournament play, and online play (which is currently locked at the time of this review for Switch owners.)

Tournaments feel the same as exhibitions but with slightly increasing AI difficulty. There is not much variety of game modes, so the experience gets pretty repetitive quickly. It feels okay for a $19.99 game but is still a little light for continued play. 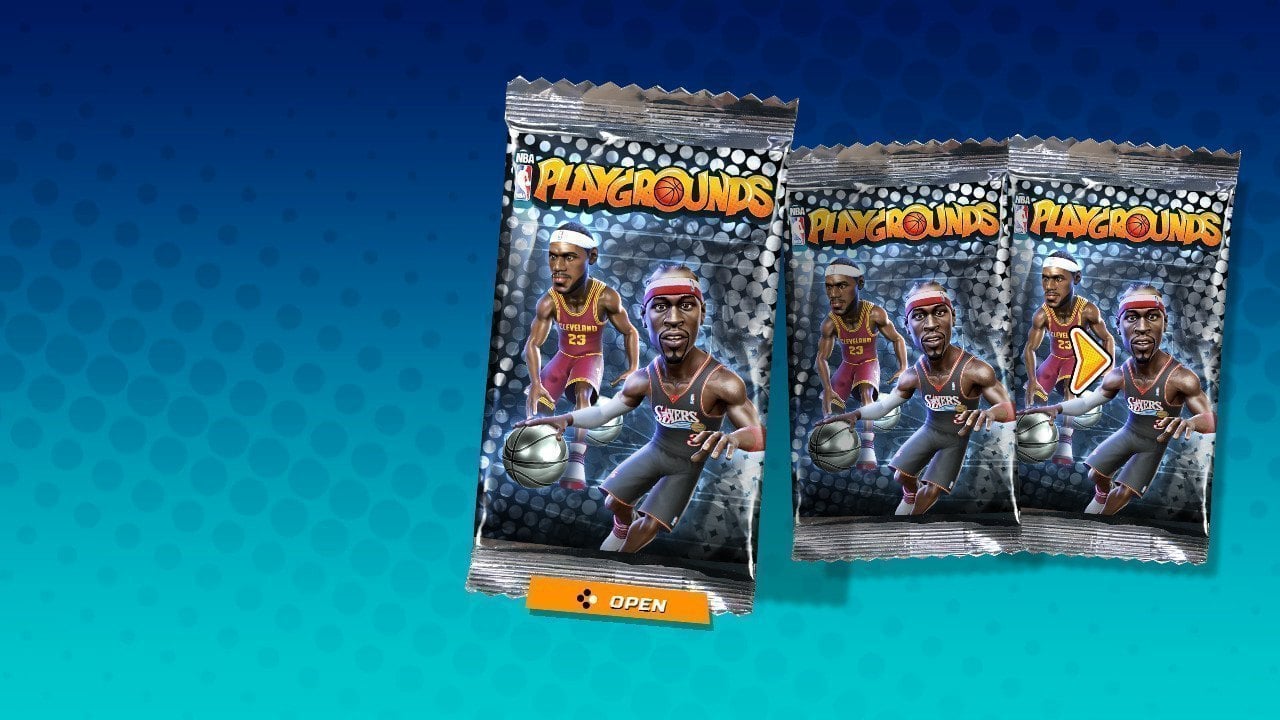 The two player feels nice on Switch split screen, and the game continues to run smooth with the back and forth in tablet mode. The button layout becomes a little weird when utilizing only one Joy-Con, but it’s an okay fit for the game. It’s the kind of game that will be fun to take out and about and get a quick vs. match in!

The last portion of the game comes from the collectible nature of it. Playing the game will earn you card packs that unlock different players from a variety of teams. I am not too familiar with basketball players so, for the most part, I took solace in opening players from my home city. As you progress, rarer card drops will occur that bring in legacy players like Michael Jordan and Shaq. Bigger basketball fans than I will probably get more enjoyment out of this system than I did but it was a nice touch to increase lasting appeal.