Had a couple of Qi experiences before, all bad. Can this change my mind?
Qi charging is futuristic and convenient, but is there a notable difference in cheapo pads and charging docks? Let's dig in!

A few years ago I bought a Qi conversion kit from eBay for my brand spanking new iPhone 5S. When the kit came it contained a Qi chip about 3cm x 4cm x 1mm in stature that had a bridging connector built-in so you could plug it into the lightning port, allowing it to pass power to the port and charge the phone when placed on the companion charger plate. I connected it up, slipped it in behind my phone inside its case and proceeded to use it each night. It was one night in and I found out that iPhones chime and vibrate when fully charged, lighting up the screen to notify you that it's fully done and ready for use. However, back then charging tech was nowhere near as ubiquitous as it is today, and the phone seemed to slowly discharge through the attached connector causing the phone to fluctuate between 100% "fully charged" and 99% "charging." I remember waking up about 30 times that night with a flash of light from my face up phone, and a chime that it was in either of those two states. Needless to say, it lasted about a week before I launched it all into the bin, and proceeded to just use a cable to charge my face down, silenced, phone each night so as not to disturb my sleep. More recently I tried a Gabba Goods Qi charging plate and it lit up and pulsated a circular array of blue LEDs from the second it was connected to the second it failed to charge my device for goodness only knows what reason. I decided that Qi charging just wasn't for me, perhaps it was too new or just plain ill-conceived, but from there on in using a traditional cable would become day-to-day my charging habit.

As stated on their website: Native Union was born out of a shared love of good design and quality products, where they wanted to create considered solutions that fit the modern lifestyle. Always driven by passion, they work to empower others to live the same way. Formed 10 years ago by Jon and Igor in a co-working space in Hong Kong, and sharing a passion for good design and quality products, they set out to challenge the perception that tech accessories are purely functional and uninspired. Now, a decade later, they are an international team with offices in Hong Kong, Paris, and Los Angeles, crafting everyday solutions for an audience just as global. Creating products that support this new way of life with enhanced functionality and refined style, Native Union hopes to give people the confidence to pursue their own passions. 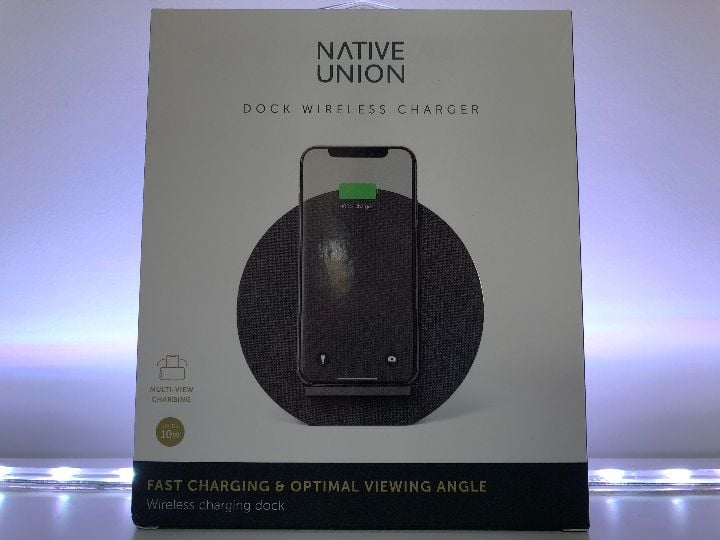 Receiving the Native Union Dock, I noted what an absolute heft the device had to it; this was so shocking in fact, that it caused me to wonder just what this thing was made of to give it such an extraordinary feel. Opening the packaging I found a circular charging pad, a USB-C power cable, and a metal plate. This metal plate is a beast, easily weighing twice that of the Qi pad, and when you assemble it, you can see why. It pushes through a pre-formed slot making it weighted, solid, and sturdier than any standing dock I have ever witnessed before. The Qi pad itself is wrapped in a woven fabric at the front and sides and has an injection molded-looking, grooved plastic on the rear that has a basic technical aesthetic to it and just a USB-C port to keep it simple. Along with the warranty card and setup guide, you also get a plentiful 6.5ft braided USB Type C cable that comes tied up with a handy built-in leather cable tidy, that itself has a built-in snap fastener to keep it secure. Every component of this charging dock oozes style, quality, and class. Colour me impressed.

These days I have an iPhone 8 Plus that sees me through the day with its better battery life than the smaller models, and handily this comes with Qi charging built-in to its form, so no need for anything other than a Qi charger. Until now, and as stated above, I haven't revisited Qi charging for the simple fact that I don't like my phone lighting up, chiming, low frequency vibrating, and disturbing my sleep. I wanted to re-embrace the Qi ideology, and have a more convenient setup on my nightstand, something I don't have to fumble about trying to find the lightning end of my poor old frayed cable anymore. After all this time, I was going to give it another shot. Weaving the USB-C cable into a hole in the heavy metal plate and up into the rear of the pad, it's set and ready to go.

The first thing I noticed was a low-key electricity sound, that sounded like a high pitched oscillation of the flow of energy to the Qi coil. I immediately thought the worst of this technology, yet again, as I am the sort of person who has to put his analog watch in his sock drawer to prevent hearing ticking all night, no matter how far away the watch is positioned in the room. I Googled around and found that it's a common occurrence in electrical items in general and that in Qi technology they refer to it as "coil whine." It was stated that coil whine predominantly occurs in cheaply made components and that it was simply the upper frequencies of electromagnetic waves and fields that should technically be virtually imperceptible to the average human ear. I'm clearly not average in the hearing department, which is probably something to be proud of, but what some would call a blessing, others would call a curse.

I wondered if I could bear to have it less than 2 feet away from my head while sleeping, and I honestly thought it was going to cause me issues; but to my sheer amazement, it totally didn't. It was fantastic. That nuanced sound I had listened into upon the first inspection has not bothered me at all in the dead of night over the last few weeks. Instead, ironically, it's the bright white LED that stays on during charge that bothers me. Though this light is also used for detecting foreign objects and flashing red to alert you, I feel that it should have just been angled to shine backward out of the device and not upward. As the light goes upward, it illuminates your ceiling, which I found unnecessary, but it was nothing a small piece of blue-tack couldn't remedy. 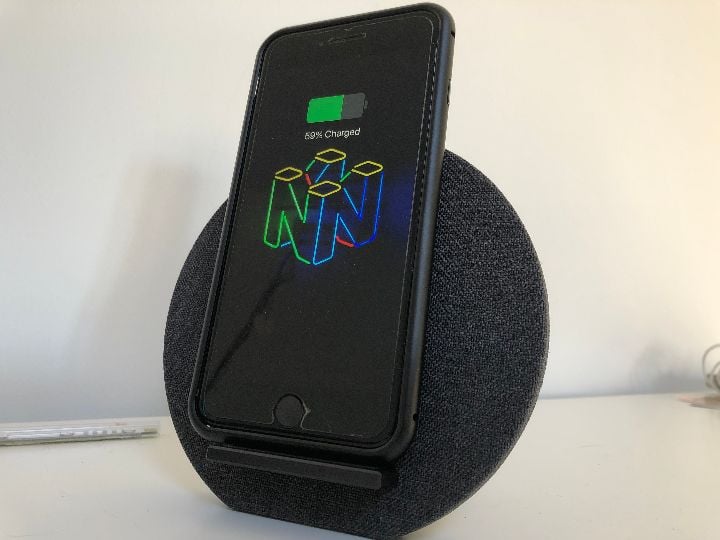 Usage of the device over the proceeding weeks was incredibly easy and did exactly what it stated. Charge time for my phone was around three and a half hours using a standard 5w charger, which was practically identical to using my original plug and cable, and using an official Apple 10W charger it came in at just over 2 hours. For overnight charging, this is more than adequate, but for giving your phone a quick boost on those battery-heavy days it is incredibly handy. I also discovered in researching that using an official Apple 61W or 87W USB-C Power Adapter, it should be possible to fast charge your phone entirely in a little over an hour, but due to current Qi constraints, this is nowhere near possible yet.

With a price tag of $69.99 people may construe this as a little steep but, in my honest opinion, you truly get what you pay for in terms of looks, feel and functionality. Overall this Qi charger is an utterly superb product, from its design to its use, it is considered and bold in its ability. It competently charges my phone quickly, quietly, through my tempered glass, metal, magnetic casing without any issue. I am now a complete convert, so the Native Union Dock comes certified as recommended by yours truly. 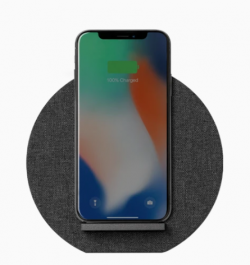