Nacon's PS4 and PC-compatible Revolution Unlimited Pro Controller follows the trend of customizable controllers and indeed brings a lot of customization to the table. Is it a contender for your next main controller?

In recent years controllers have adopted a trend to include added functions on top of traditional ones. Most commonly, these new functions come in the form of back buttons. Personally, I find this feature as one of the best to come to controllers as they enable more ergonomic controls with fingers which would otherwise just rest on the handles.

But a smaller subset of manufacturers are thinking one step ahead regarding how to further improve on such controllers with modularity. Among that subset is Thrustmaster, whose eSwap X Pro features swappable face button layouts, customizable/replaceable modules and software adjustments. It gives a strong indication of what controllers of the future might look like. With the Revolution Unlimited Pro Controller (RUPC), Nacon is also venturing forth in this modular and customizable path of the future, although at a more cautious pace. But with more such players in the market, us gamers have much to look forward to when it comes to innovation with controllers.

At €170 , Nacon's RUPC comes with quite some items in the package: 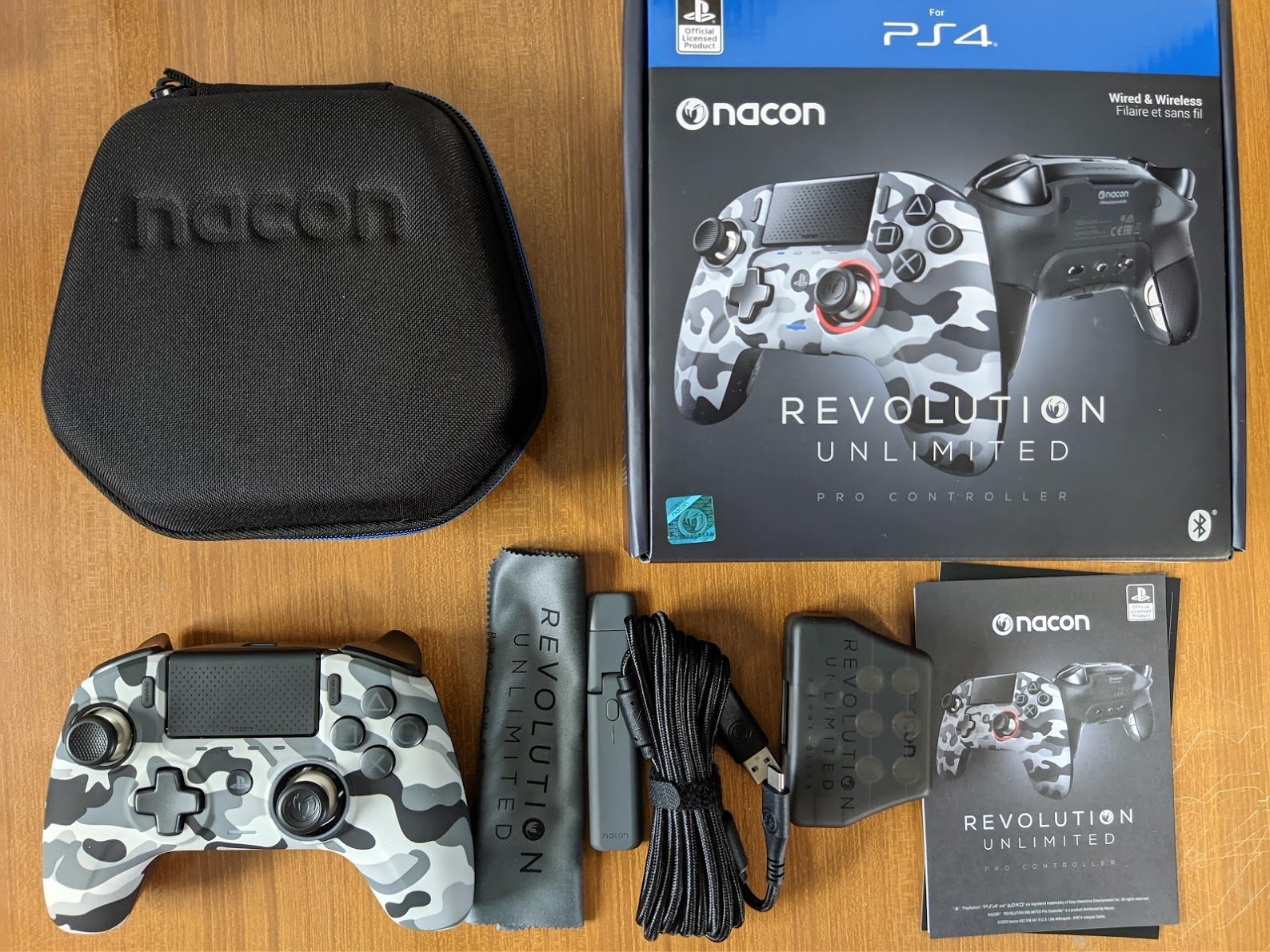 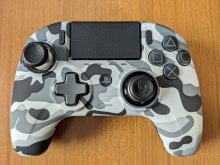 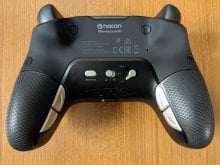 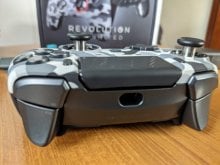 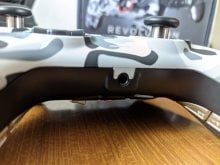 What you'll notice right away is that despite being an officially-licensed PlayStation controller, the RUPC packs an asymmetrical layout. I personally prefer this layout as I find it more ergonomic to use and it's great to have such a controller layout for a PS4 controller. But I understand that it might not be to everyone's preference, so a swappable layout mechanic like Thrustmaster employed with the eSwapX Pro would have accommodated for both preferences (if there are no patent barriers).

But unlike the latter, the Nacon RUPC comes with a dedicated hard carry case out of the box. It is a very convenient one as it features dedicated slots to store practically every accessory for the controller: Bluetooth dongle, USB-C cable, Joystick heads and even the extra weights. 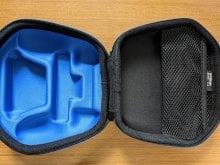 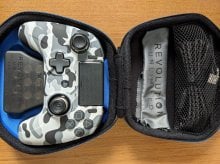 Yes, the RUPC not only comes with back buttons located along the handles, but it also comes with interchangeable weights that you can place in each handle. It's great if you want some more heft to your controller but it won’t matter much to most gamers (it’s targeted for pro gamers after all). But more than making it heavier, I would have better appreciated it if I could make it lighter than the default weight. Personally that would be more appealing as the controller would be lighter to use and carry around.

Being lighter might also mean some cheaper build material but the RUPC looks and feels quite sturdy as it is. The camo skin model packs a matte finish and has that satisfying, soft touch that matte finishes deliver. But no need to worry about it slipping while in use as the handles feature some textured grips. 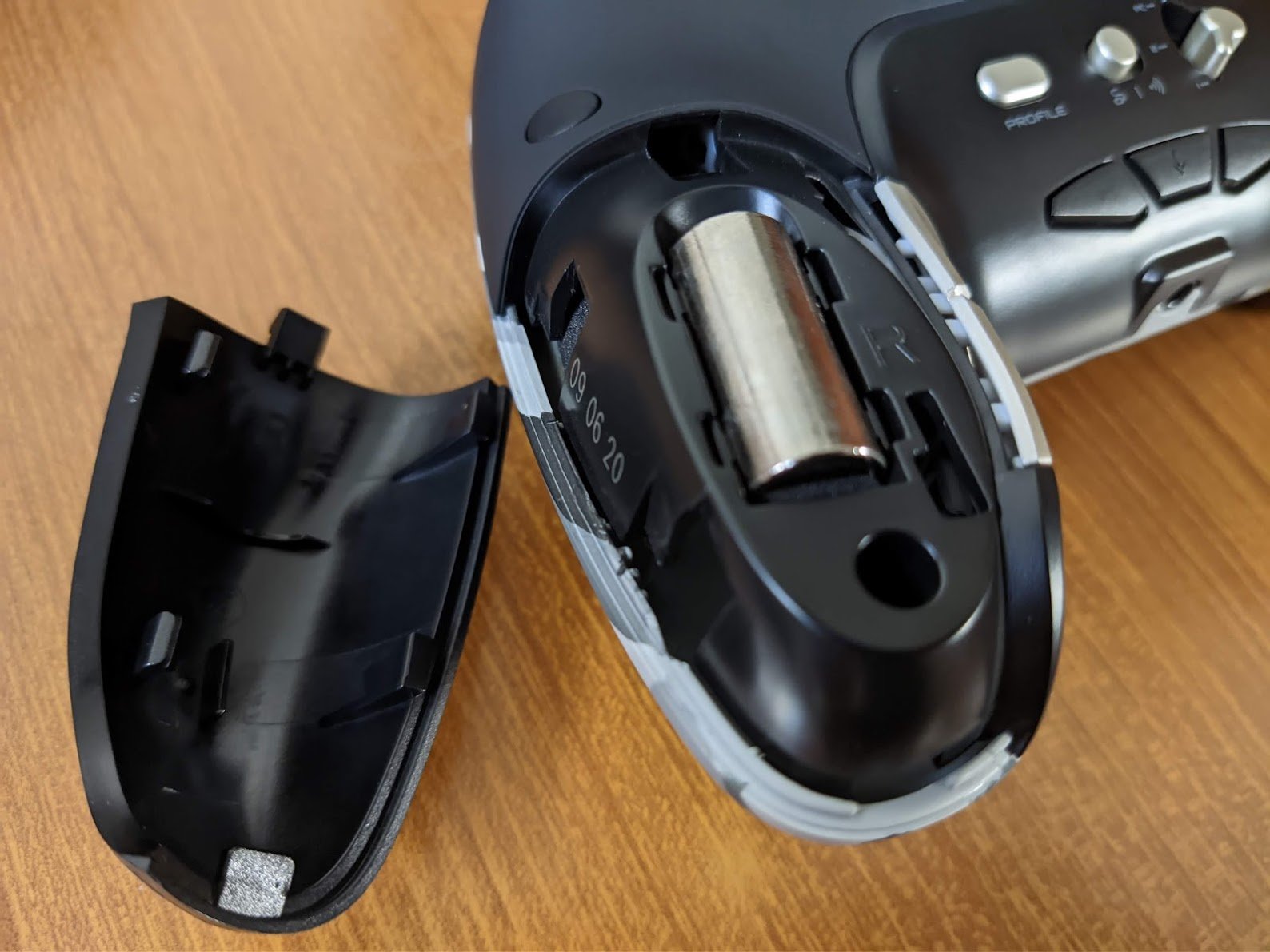 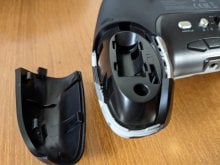 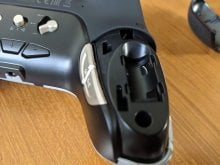 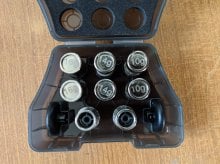 Also included in the package are two joystick heads (convex or concave) and 4 shafts of different diameters. The heads and shafts are swappable by first pulling on the joystick head to remove it and this will let you in turn take out the shaft. These changes enable you to slightly alter the sensitivity of the controller as with a thicker shaft, the joystick will travel shorter distances with the same tilt angle. But this is another feature that might not matter much to regular gamers. What will matter though is that you can change the joystick head to one with a different texture or shape to suit your preference. Moreover, this increases the lifespan of the device as you can swap to new parts if they get damaged with wear and tear.

However, that’s about it for the modularity and lifespan extension. It feels limited compared to the highly modular eSwapX Pro and its numerous replaceable parts. But the RUPC offers more hardware replacement options than most controllers offer.

Speaking of durability, I’m reading reports on the official website from other buyers regarding issues they faced with this controller such as stick drifts and poor lifespan of the triggers/shoulder buttons after some months of use. I haven’t had mine for that long, so I cannot tell for myself and while my experience has been positive, it's worth keeping in mind. If that happens though, you can still map the defective button to one of the 4 back buttons if you haven’t already. Definitely not ideal, especially for a €170 product but it’s a workaround should you come across such an issue with your unit. 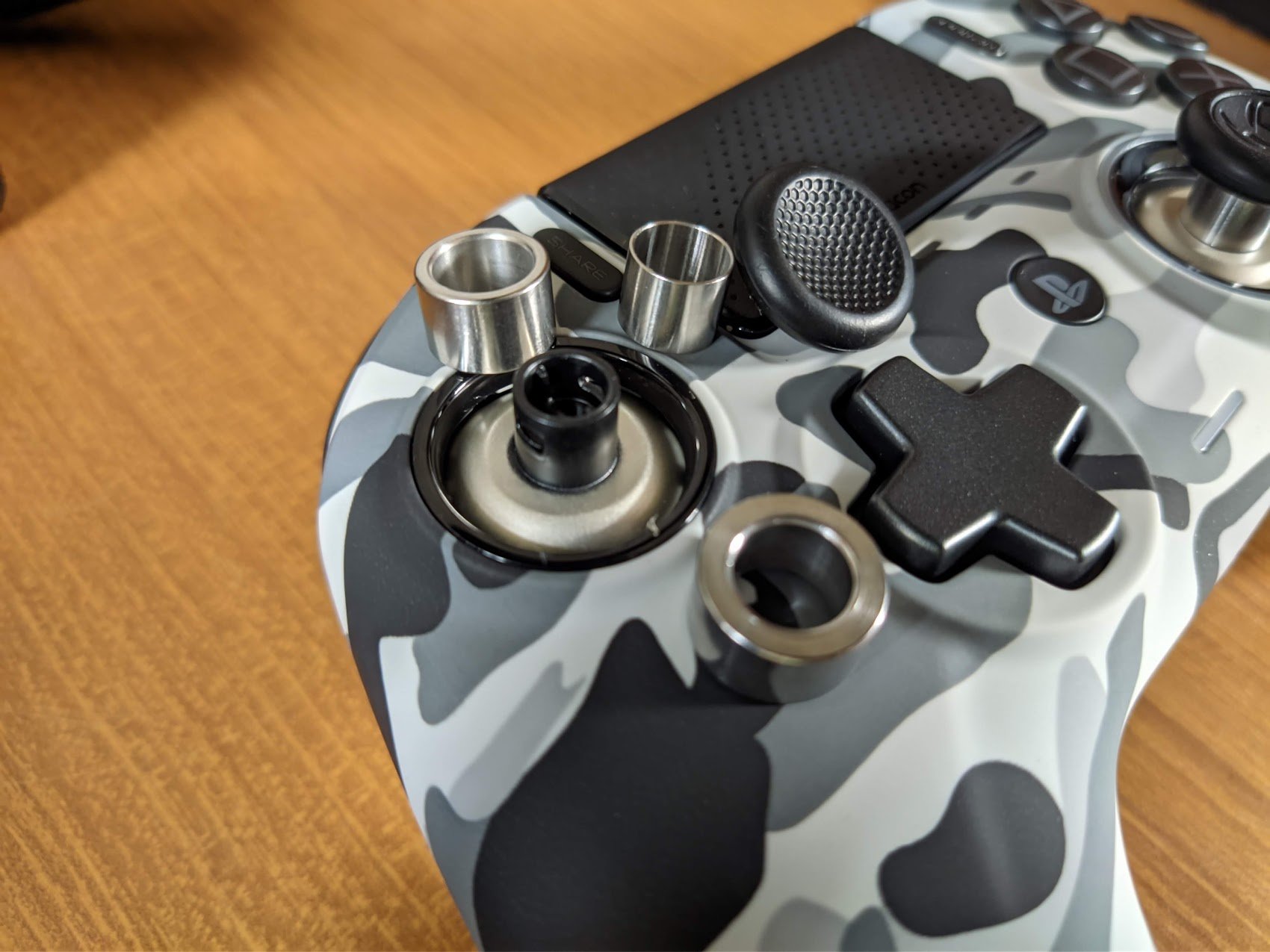 This is possible with the PS4 “Normal Mode” as there is a toggle at the back of the controller to switch between this mode, PS4 “Advanced Mode” and PC mode. The latter two modes are fairly similar and are customizable through the companion PC app. This app not only allows you to map inputs to those 4 shortcut buttons but also remap all buttons (except for the Share and Option ones) on the controller to another one. While I will mostly be remapping the back buttons, such a level of customization options is always welcome.

Moreover, in those advanced modes, you can further adjust loads of settings like the vibration intensity, sensitivity of the sticks, Y axis orientation, 4 or 8 way movement of the D-pad and dead zone sensitivity for each trigger. For the bling bling, you can also tune the ring light around the right stick to be off, pulsing, follow a circular pattern or alternate between colors. It’s a nice aesthetic touch, although not really necessary. But with all of those fine tuning possibilities, you can truly make the RUPC a controller that works as you wish it to. 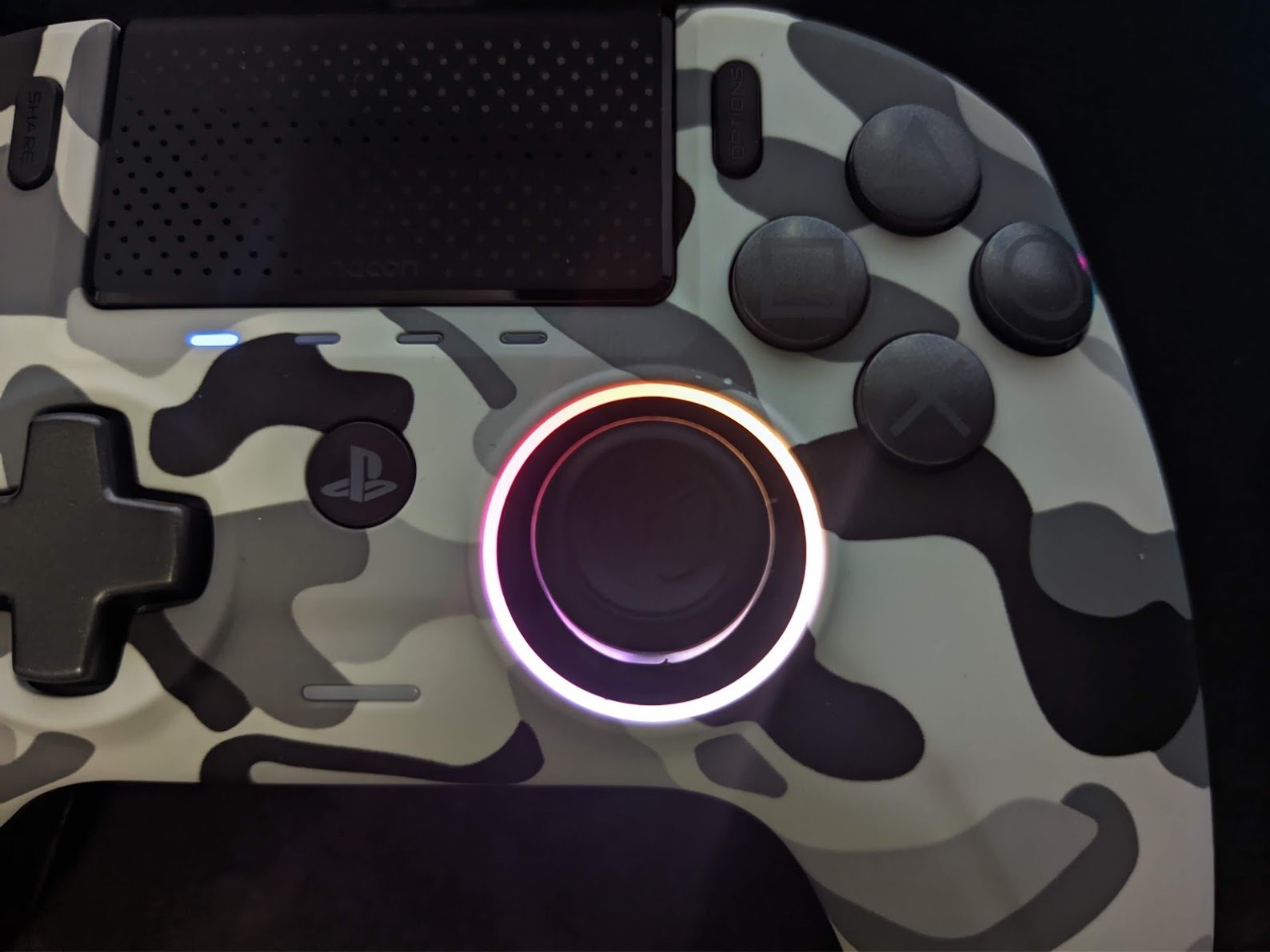 You can save your customizations across 4 profiles that are stored on the device’s on-board memory. There’s also the option to download and load custom profiles created by the community tuned for specific games. However, adjusting profiles will rely on a PC/Mac to access the companion software, which is less than ideal as the RUPC is primarily a PS4 controller. At least an option to customize profiles via a smartphone app over Bluetooth would be welcome.

That said, the companion PC app isn’t really the most intuitive. It throws you a couple of icons which don’t really explain themselves. You can hover over a handful to get some idea as to what they do but even then figuring out the settings is left up to you. Even how to edit profiles and map buttons isn't made clear from the get-go (no, it's not on 'Edit Profile' but rather, you have to go to 'New Profile' and edit from there somehow). The user manual isn’t of much help either. It is accessible from their website, which, while is an eco-friendly method, still puzzles me as the package did come with some promotional flyers which could very well have been used as a user manual instead. 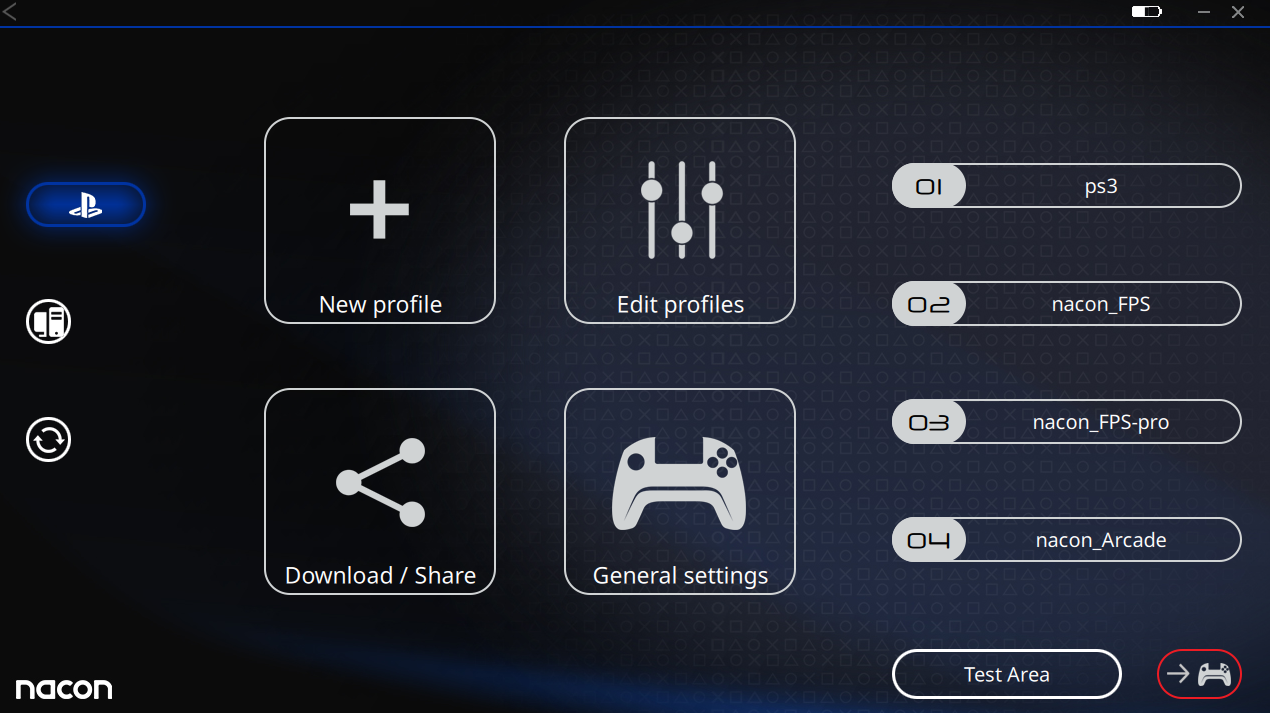 Once you’ve finally got things figured out, using the RUPC is a joy. Button presses are satisfying, especially that clicky sound of the back buttons and it delivers an overall premium feel to use. I’m having a blast using it with third person titles like Mass Effect Legendary Edition and It Takes Two but it’s also well-suited for shooters and FPS games especially with the shortcut buttons. I’ve grown used to map those to L3/R3 and R1/L2 to access those inputs with less effort.

However, while in use, I noticed that the location of the back buttons aren’t the most ideal. They rely on the tip of my ring and little fingers to be pressed but I don’t have that much dexterity in those parts and need to apply some extra pressure to activate them. Each pair of shortcut buttons on either handle is also quite close to each other, so it can be confusing to demarcate them during heated gaming sessions. But with time you can grow to develop some muscle memory regarding their precise location.

A better option would be to position those back buttons under the middle parts of the ring and middle fingers. The Gioteck WX-4 took such an approach (albeit only with one back button on each side) and it works great. The positioning of its back buttons feel much more ergonomic to use than the ones on the RUPC. That said, I don’t complain about having those on the RUPC one bit, although I wish they were better positioned. 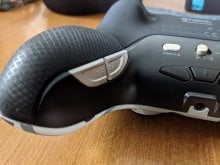 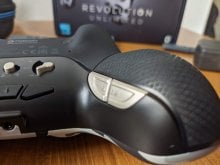 In addition to those shortcut buttons, at the back of the controller, you’ll also find the profile button, mode toggle switch, headset volume/mic controls and another toggle to switch between wired/wireless connection. This seems a bit redundant but at least the RUPC does have a Bluetooth option (via the included dongle) while other premium controllers like the eSwap X Pro omits this feature altogether. 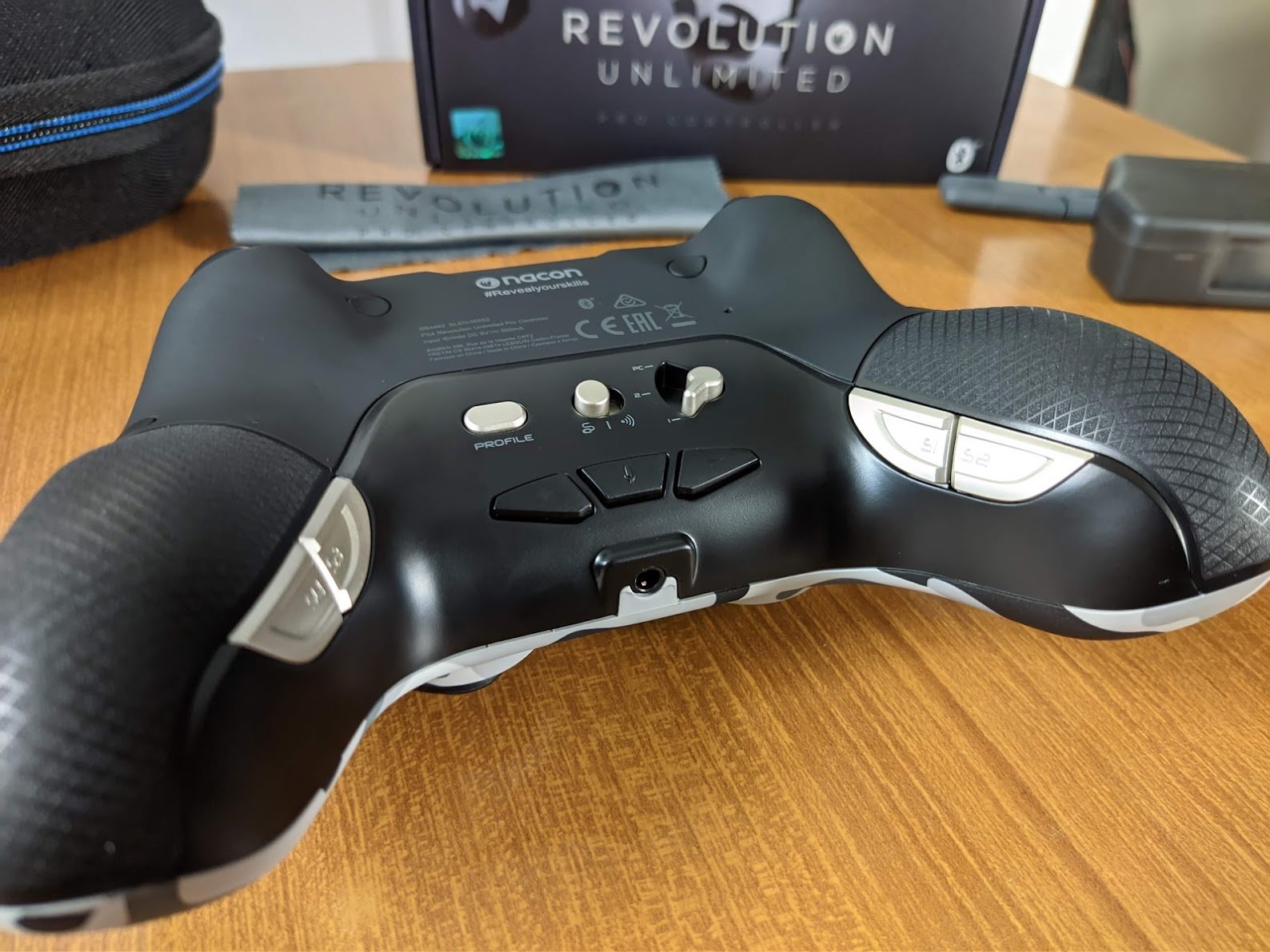 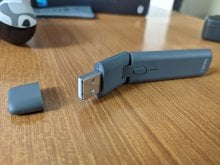 All in all, the Nacon RUPC delivers a well-rounded, customizable and premium package. While there are aspects I would like to see some improvements on, this controller does touch on the important ones that make for a modern hardware experience. 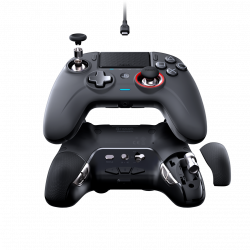