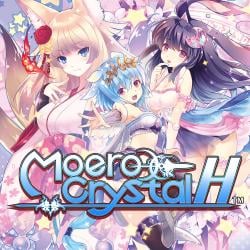 Compile Heart are back with another comical tale of lechery in this touchy-feely adventure of monster girls in search of legendary lingerie!

When it comes to the genre I affectionately refer to as ‘weeb games,’ no two names go together better than Compile Heart and Idea Factory. I see these two names and expectations begin to form. Expectations of anime ladies in unforeseen and frankly obscene situations with simple to follow yet mockingly amusing dialogue. Nowhere has this formula thrived more than in the Hyperdimension Neptunia series, but it’s not to say it doesn’t work elsewhere. A sequel to Moero Chronicle Hyper, which itself released on the Switch last year, Moero Crystal H brings us an entirely new adventure to play, poke, and rub. 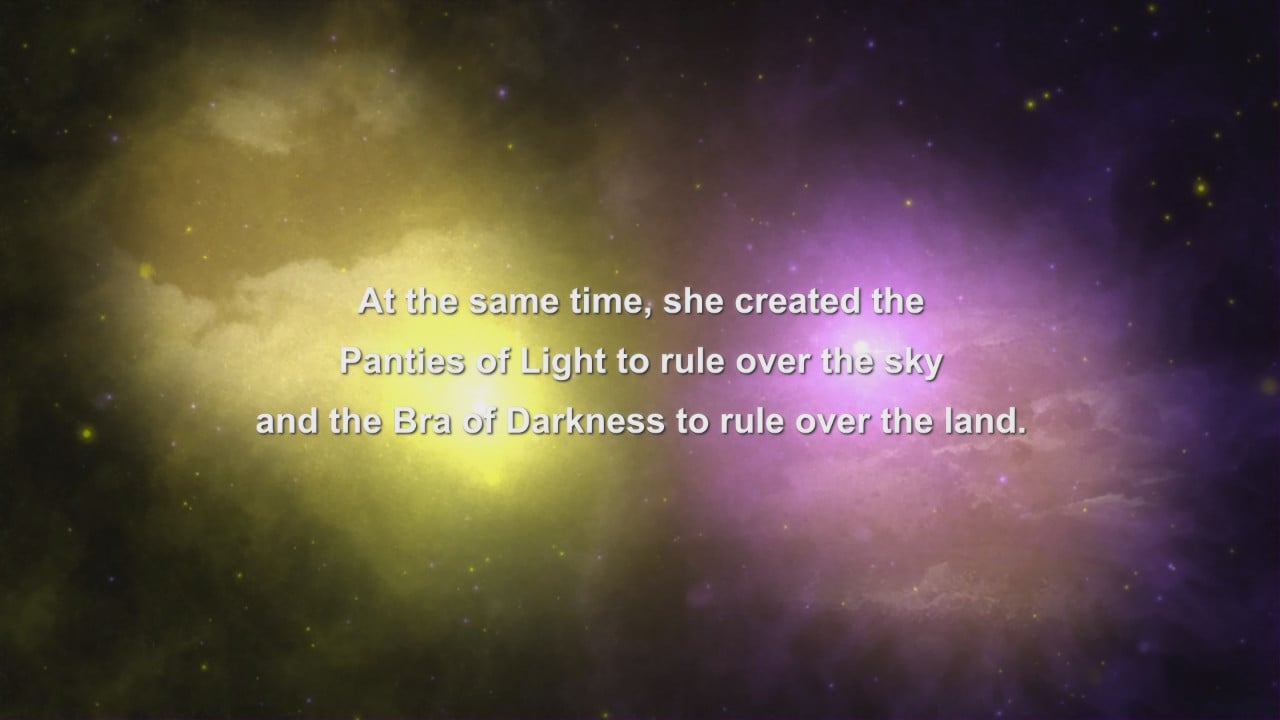 You know you're in for a treat when this is among the opening lines of the game.

My favourite part of any game like this is trying to explain the plot to other people. Sure, you can play it for yourself, and you’ll have a blast, but when you’re forced to think about what you saw and retell it, you gain a whole new appreciation for the subject matter. So let’s jump right in. Our protagonist, Zenox, is as most protagonists are within the genre: just an ordinary guy. He’s travelled out from the countryside to the big city to try to find his missing father; this remains the main plot point for the grand total of a few minutes. On getting to the city, he wanders into a shrine to ask for directions, and it’s here things start to take a turn, as a mysterious otter-like creature shrouded in shadow steals… Wait for it… The Bra of Darkness. You learn this is one of two items to be kept together, lest calamity befall the land, the other item being the Panties of Light. Taking the Panties of Light with them, Zenox, along with Luanna, a guardian of the shrine, and Otton, a pantie enthusiast some may remember from the previous Moero title, our crew set out to recover the Bra of Darkness before it’s too late. Magnificent. It’s a simple setup that’s so brilliantly bizarre I couldn’t help but be hooked from the offset. There’s so much that leaves you scratching your head with little more justification than “it is what it is.”

To support such a strange story, there’s a huge cast of characters eager to help save the world. Outside of our core trio, there are 80 monster girls to rub and recruit, each with their own set of traits and talents. Do you want a party of tsunderes? A party of small breasted or large chested women? Sure, you can do that. What’s more, these traits go beyond the physical, offering bonuses and synergies for your party. If you pick your party for more than just their looks, there’s real potential for a technical and genuinely interesting gameplay experience. Of course, you also have the freedom to go the other direction entirely. A somewhat mix myself, I went with a party full of fire element characters in an attempt to get bonuses in-battle for using the same types of attack. The characters are so varied in their design, element, traits, and skills, that each of the 80 available offer something fresh, and feel worthwhile going out of your way to recruit. 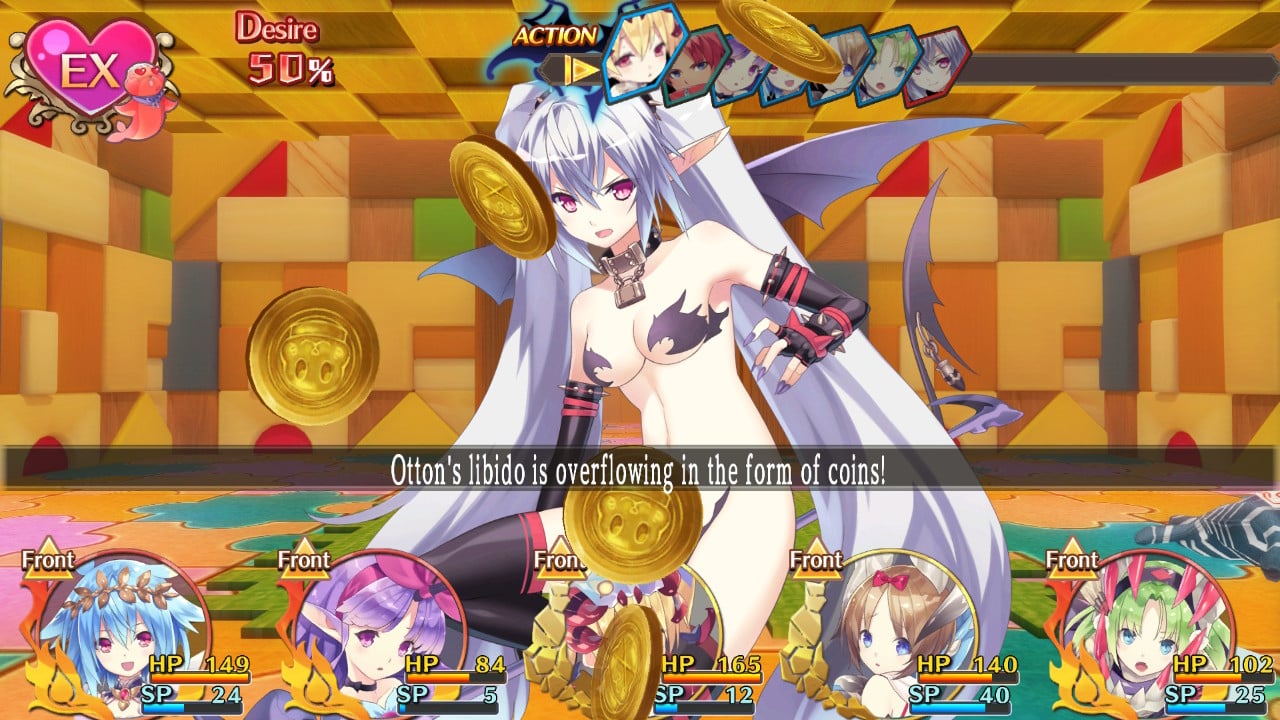 So let’s talk about how you recruit these women to your party. To say you attack their clothes until a pink otter sprays money on their near-naked bodies, before you poke and rub them on a strict time limit, that would be juvenile. You see, it’s all about context. These fine ladies are under the influence of the Bra of Darkness, which is also called the Dark Bra. The Dark Bra, as you might imagine, draws out the darkness in them, this manifesting in unique ways for each character. You attack the clothes of the women to break them, exposing skin, and exciting Otton, the otter that’s wearing the Panties of Light, and it’s about here I lose the train of logic. After Otton’s excitement, you poke the darkness out of them like some anime exorcism, and scrub their body clean, so that it may be blessed by the holy ways of the Panties of Light. Something like that. Once beaten, the panties are placed on them, you get a bit of an exchange, usually relating to how disgusting the experience was, but how grateful they are not to be influenced by the darkness, so they come along for the adventure. It’s wild. 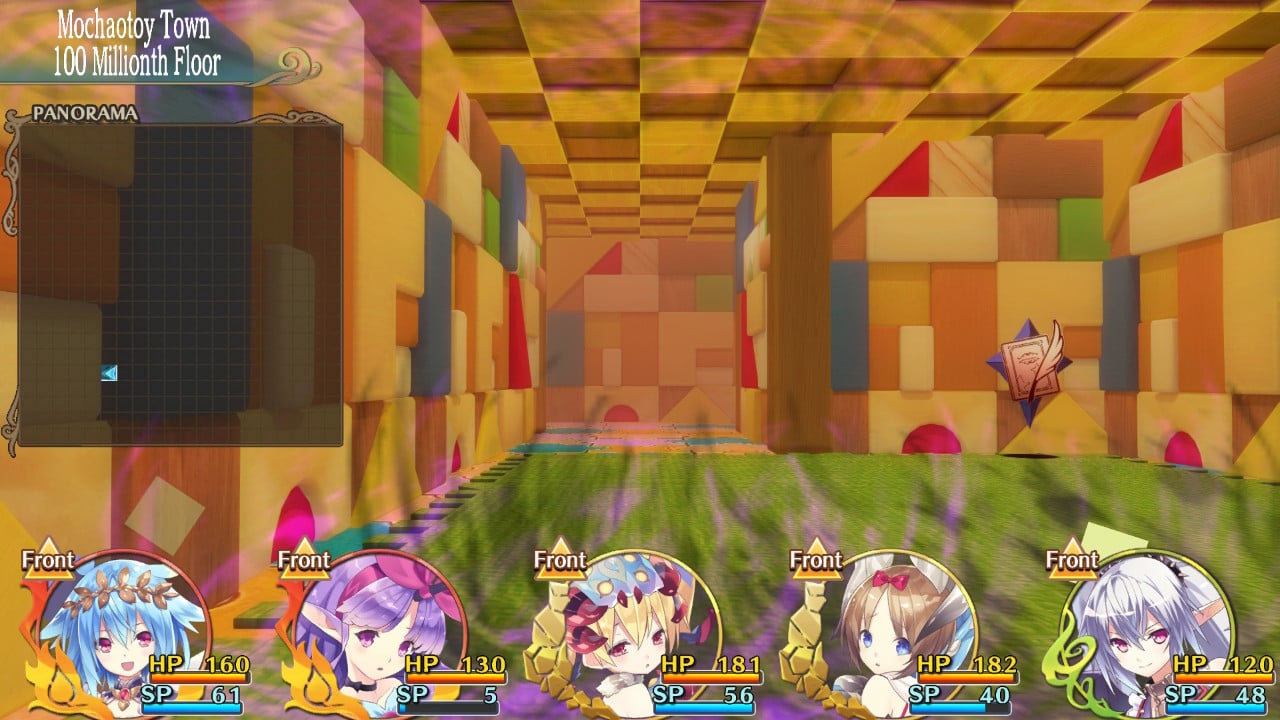 The 100 millionth floor of each dungeon comes with its own eerie dark aura.

The core gameplay takes place in a first person dungeon crawling environment, much like the previous Moero game. From the perspective of a seasoned dungeon crawler such as myself, I can say it’s fine. It’s a genre that’s hard to get wrong. The movement from tile to tile feels fluid, with an option to move faster, and all the usual quality of life control options are present. You can move forwards, backwards, turn, strafe, and even automatically route and move to any place you’ve already been. Looking at the larger design, each dungeon features a few floors with one or two optional monster girls and bits of plot progression, followed by a floor with a boss, and then a bit extra on top. That bit extra usually extends to an additional floor to be explored, as well as a portal to what the game calls the “100 Millionth” floor of the dungeon. This is where the game’s real challenges can be found, featuring what I would call chapter by chapter superbosses. Even the floor’s standard enemy encounters are pumped up to a degree I felt it necessary to tone down my difficulty setting from hard to the easiest available while I closed the level gap. It’s a completely optional challenge, giving completionists a few additional satisfying accomplishments, without bogging down those who just want to enjoy watching the plot unfold. While there are a few smaller details to specific dungeons I’m not particularly fond of, like the mazes in chapter three that disabled the map while you were in them, overall I really enjoyed the dungeoneering. It’s fairly by the books, and that’s not necessarily bad in a game like this that throws so much at you on the side.

Many of Moero Crystal’s extra features revolve around the game’s huge cast, getting them to interact with each other, and interacting with them yourself, in a number of interesting ways. Visiting the inn will give you access to each of your team’s individual rooms. It’s here the majority of these extras lurk. As you grow closer to each character, you gain access to events, small bits of dialogue and character building between them and Zenox. Outside of getting to know them, this also grants you access to the more useful feature of being able to switch out a character’s bra and panties, the bra altering the learnable skills, and the panties having a direct impact on stats. Next, we have Doki-doki Shooter, a very short vertically scrolling shooter where you, quite unsurprisingly, blast away the clothes of your chosen lady. Like much of the clothing removal in this game, there’s a good reason for it! This time, your aim is to reveal crystals that let you enter a girl’s “deep reaches,” these serving as short one floor dungeons that provide one of three bonuses. While they are quick to complete, I can’t imagine going through the process three times for each of the 80 girls; for just your main team of five however, it may be a little more feasible.

Our final feature is a simple one, letting you perform a “loving scratch,” a minigame that’s essentially the same as what you do to initially bring a character back from the dark side. It’s barely worth mentioning, outside of the fact the game has a 100 scratch challenge available on beating the main story. A bizarre test of endurance, I’m sure somebody will be happy to see it included. 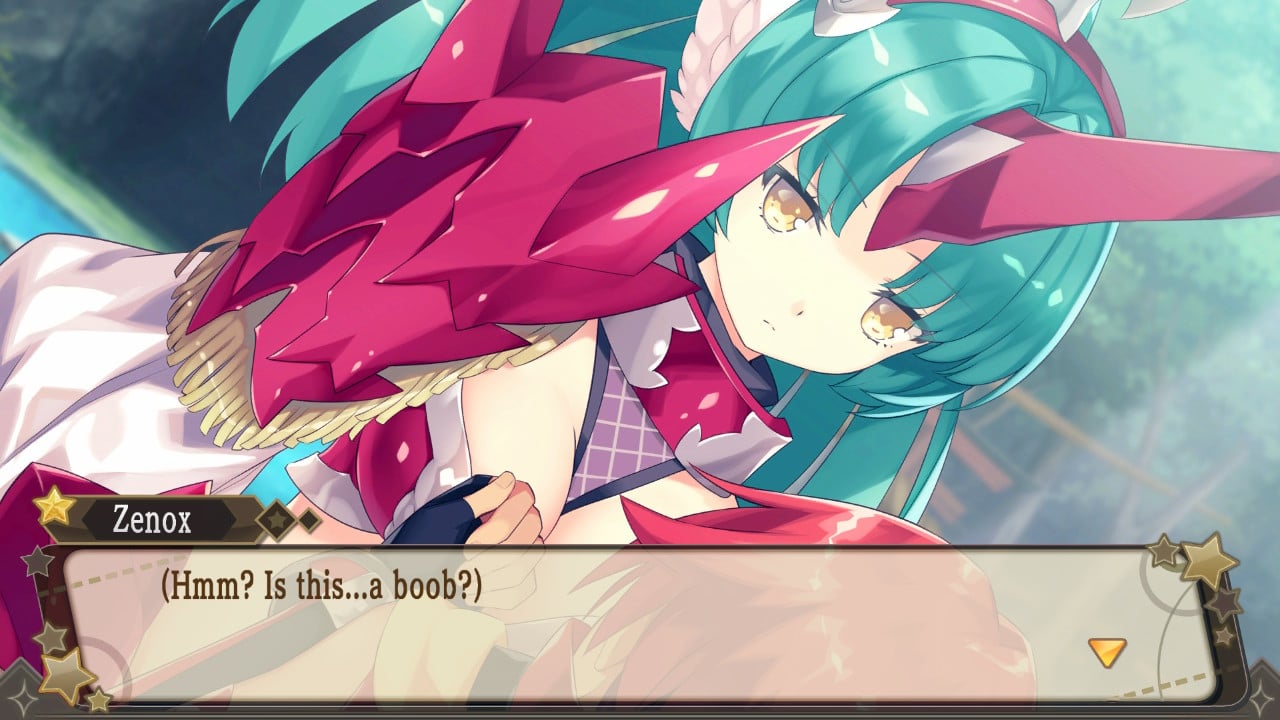 Really Moero Crystal H isn’t a game you should need to read a review to play. It’s something far more primal than that. It’s the kind of title you see, and instinctively know whether you’ll have a blast, or whether it’s just a bit too far for your tastes. I definitely enjoyed my time with the game, and I can see a good chunk of people getting a kick out of the bizarre plot and dialogue, not to mention the collectable nature of the anime ladies. If you’re into this kind of thing, it’s one worth picking up, but if you’re not, don’t go out expecting to be surprised. It’s a game you can judge by its cover, for better or worse.