In this GBAtemp exclusive, I test an unusual yet innovative item before it hits the market: a portable laptop case-desk hybrid. As far-fetched as it sounds, the MoDesk is very real and delivers a unique experience. Let’s see how!

At a glance, the MoDesk looks like a regular rugged laptop case. Depending on the version you try, it will feel heavier than most carry cases. The Plastic legged MoDesk weighs around 2.5kg/5 pounds while the Aluminum Alloy MoDesk is at 4kg/8.5 pounds. I’ve tested the Aluminum Alloy one and while it’s the most sturdy option, it also adds quite the considerable weight. The latter is one of the major negative aspects I’ve found with the MoDesk given that it’s meant to be easily portable. Understandably, using a lighter material such as carbon fiber would inflate the cost (the retail version will be around $250). On the plus side, you can use it as a self-defense weapon or even as a makeshift dumbbell to work out! 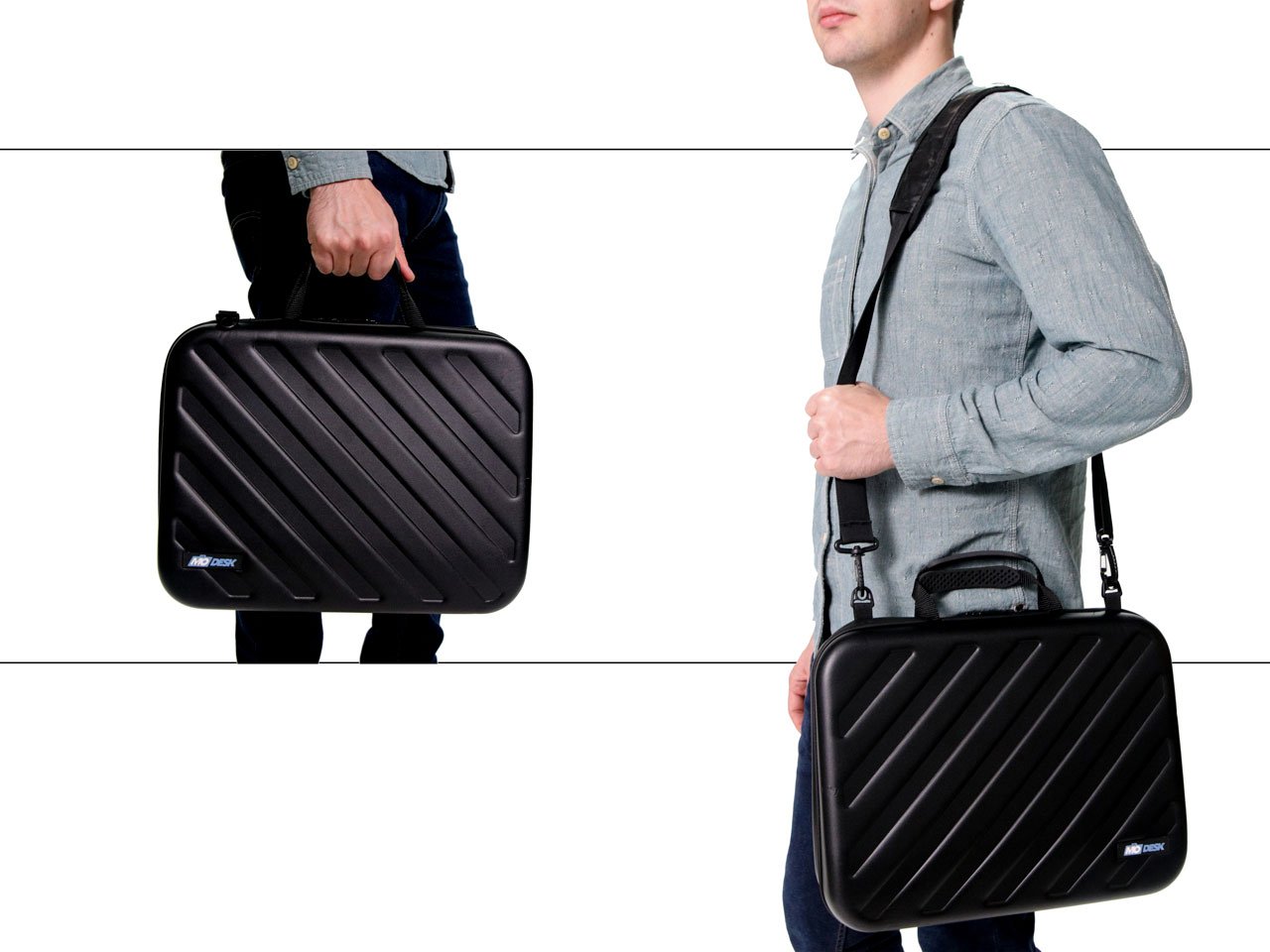 On a more serious note, the weight is justified by the nature of the MoDesk itself. By unzipping the backside, you will find a pair of foldable legs with 4 hinges packing a secure locking mechanism. And here comes another one of my complaints: unfolding the legs can take quite some time and once unfolded, flipping the MoDesk to stand on its legs can pose a hazard to your surroundings if you aren’t careful enough. I’ll assume you are!

However, the foldable legs also pack one of the MoDesk’s most exciting secrets: not only do they give you a portable laptop desk, they also augment your existing desk and convert it into a standing desk! There are three levels of folding that the hinges allow you to do, two of which are for using the MoDesk as a standing desk atop your existing desk and the final form (Dragon Ball Z much?) is a full-blown desk.

Why would you need such a peripheral? Well, if you own a laptop, you might be familiar with how uncomfortable it is to actually use it on your lap for extended periods. Or you might be accustomed with inadequately tiny tables in coffee shops or the non-existent ones in airports. The MoDesk offers an elegant, on-the-go solution for these needs and I couldn’t recommend it more for writers or heavy laptop users. Yes it’s even TSA-approved, so you can use it as a carry-on during your travels (preferably after the COVID-19 pandemic has subsided). 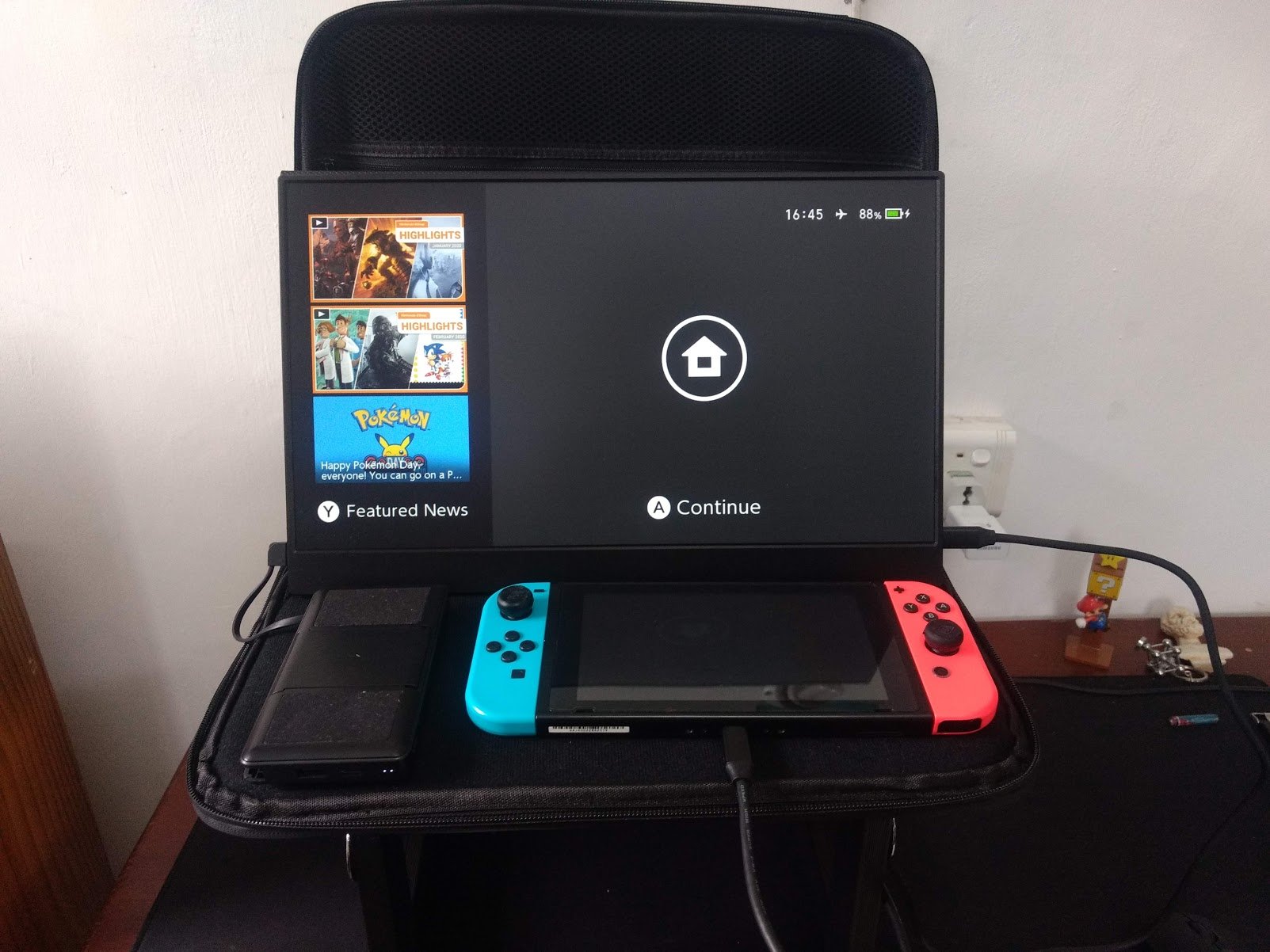 However, at the time of writing, the MoDesk is only available in one dimension. 13” to 15” devices like the Microsoft Surface Pro, Ipad, Macbook Air/Pro and slim laptops fit in along with their chargers and some more stuff with no issues (see the picture above to have an idea). But if you’re thinking of carrying a bigger gaming or high performance laptop, you’ll be disappointed. It won’t give you as much real estate as an actual desk but you’d probably fare worse without one on-the-go. Additionally, the soft padding offers a comfortable experience to it all, while your laptop sits on a hard and secure surface.

Speaking of being secure, the MoDesk proved to be stable whenever I used it. But I can imagine it toppling if your feet accidentally trip over it or if you're around an extremely rude crowd. 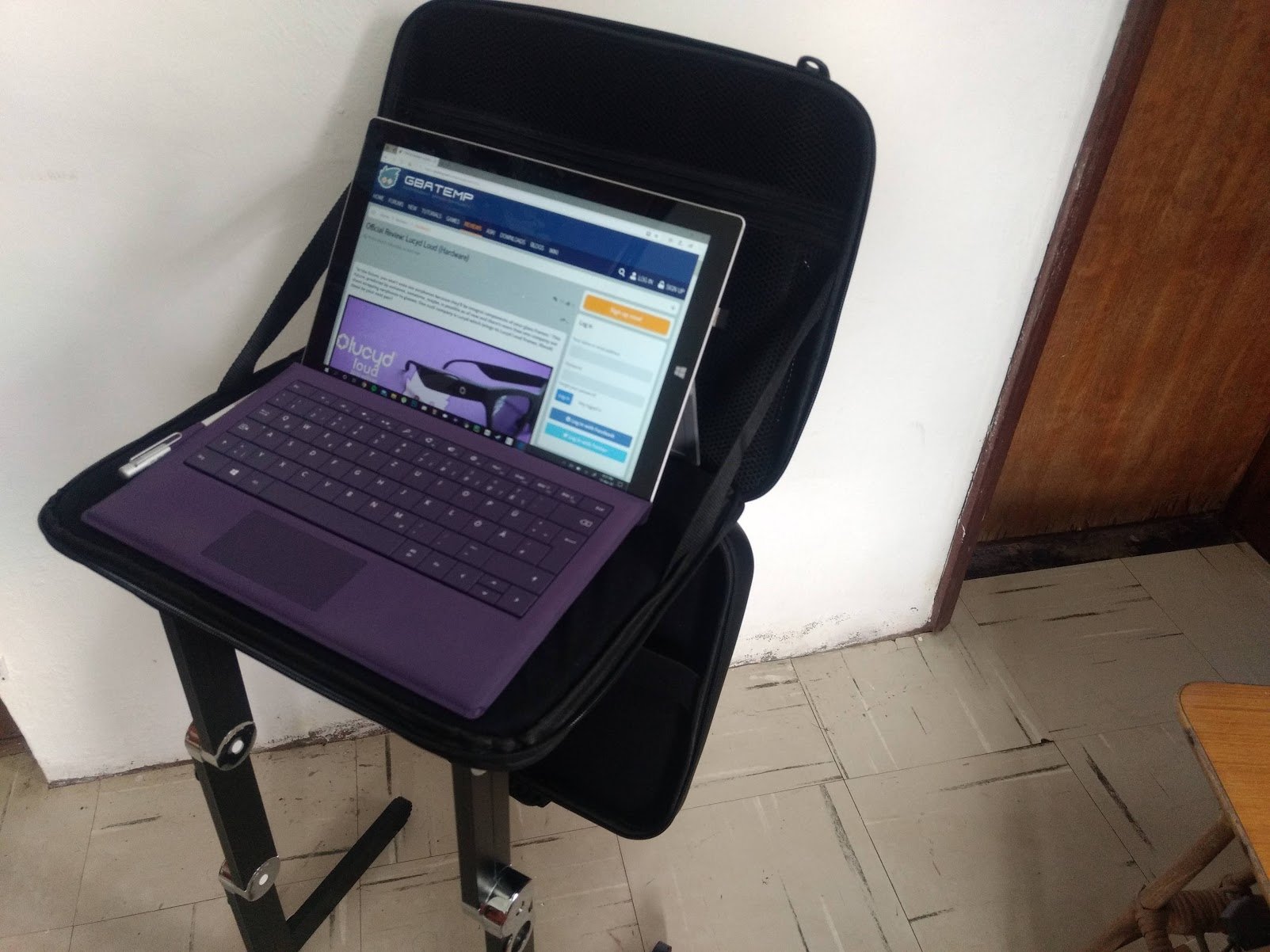 When I take a step back and contemplate the MoDesk, something tells me that the team behind it took some cues from the Metal Gear Solid 4 Gekko, and if you pair it with a wearable chair (which also bears some resemblance to the Gekko), you won’t even need a chair and a desk in your office or wherever you go for that matter! Is this the future?

Futurism aside, the MoDesk team will soon launch a crowdfunding campaign where early-bird pledges will get a 30% discount on the MoDesk. It already has my thumbs up, and if it has yours, keep an eye out when it's available for pre-orders!

Verdict
You, KarlslandOtaku, RyRyIV and 2 others like this.
Unlike this review 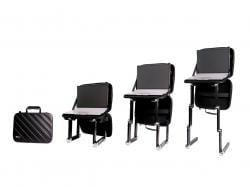