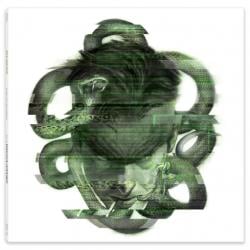 (!) Snake? Snake! Snaaaaaaaaaaake!!! … No, as much as I would wish to hear Paul Eiding, the voice of Col. Roy Campbell excite my eardrums with those soothing words, they are unfortunately not included in this vinyl. However, this premiere vinyl pressing of Metal Gear Solid from Mondo does feature iconic soundtracks from the classic PS1 title. Let’s take an audio trip down memory lane!

Metal Gear Solid was one of the cornerstone video games for me. Blending a unique and convoluted plot with innovative controls in a cinematic approach, I was sold on the game by only playing the demo. I kept replaying said demo until I could get my hands on the full game, which was one of the first that I saw through completion.

However, the game would be incomplete without its top-notch audio score and this vinyl recreates it faithfully. Disc A’s “Introduction” track reminded me of the first time I loaded the game on my PlayStation and being greeted by the calm yet ominous synth melody. Other tracks like “Intruder” and “Escape” brought back memories of the numerous times I sounded the alarm or got noticed by an enemy (!) and had to hide Snake under his trademark cardboard box or crawl into some air vents until the situation dissipated.

Spread across 2x 180 vinyls (Green Smoke or Black Smoke colored), they collectively pack a full hour of nostalgia but also musical masterpieces worthy of any vinyl amateur’s collection. One thing is for sure: this is my go-to album to accompany my morning coffee until further notice.

Randy Ortiz is once again handling the artwork on this album. The main sleeve’s front features a depiction of Solid Snake’s head with two snakes wrapped around and baring fangs at each other, clearly a metaphor for the twin snakes that face each other in this title. A graphic of the titular Metal Gear, battered and on fire, adorns the back. There’s also an extra track list sheet where you’ll find Grey Fox’s Cyborg Ninja head at the back. 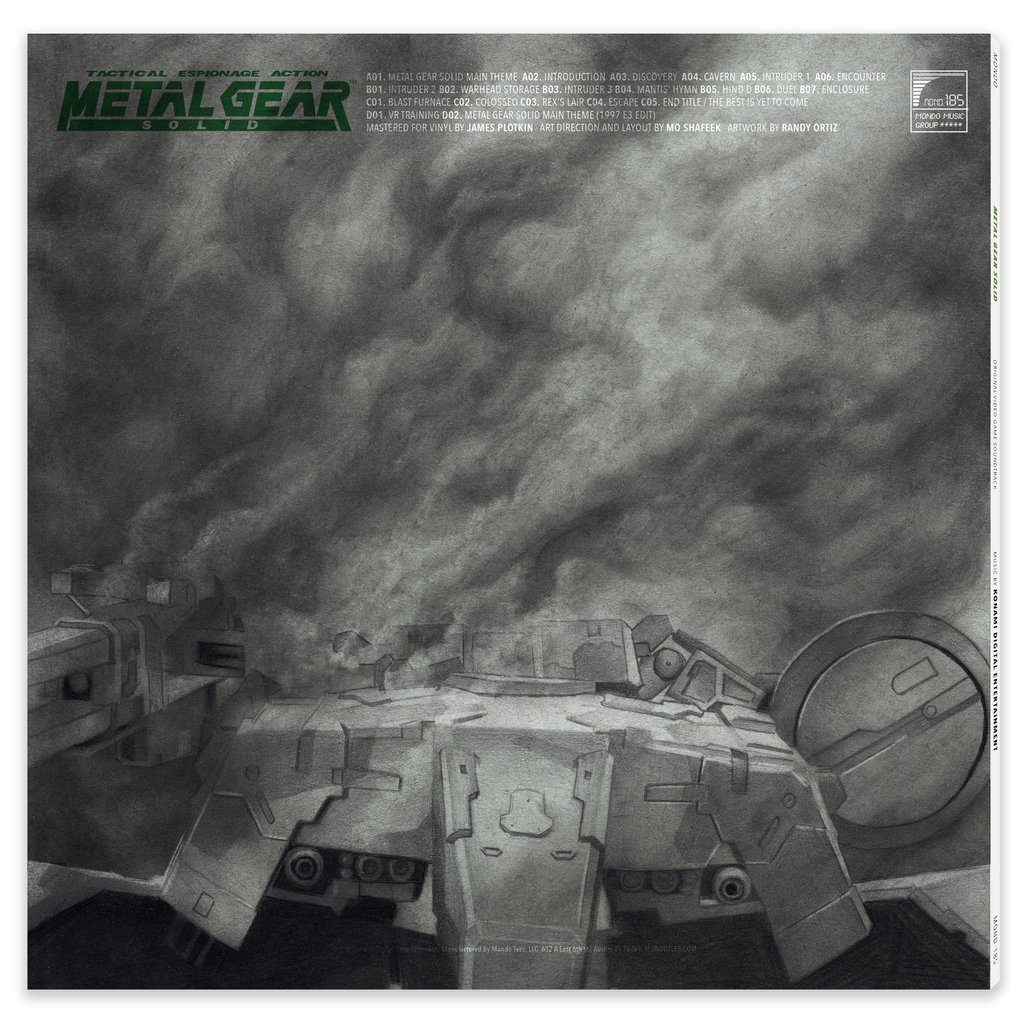 Moreover, if you pay close attention you’ll find subtle references to the series like the codec graphic on the vinyls and also the animal metaphors of some of the game’s bosses: an octopus, a praying mantis, an ocelot and a wolf. Did you decode them all? 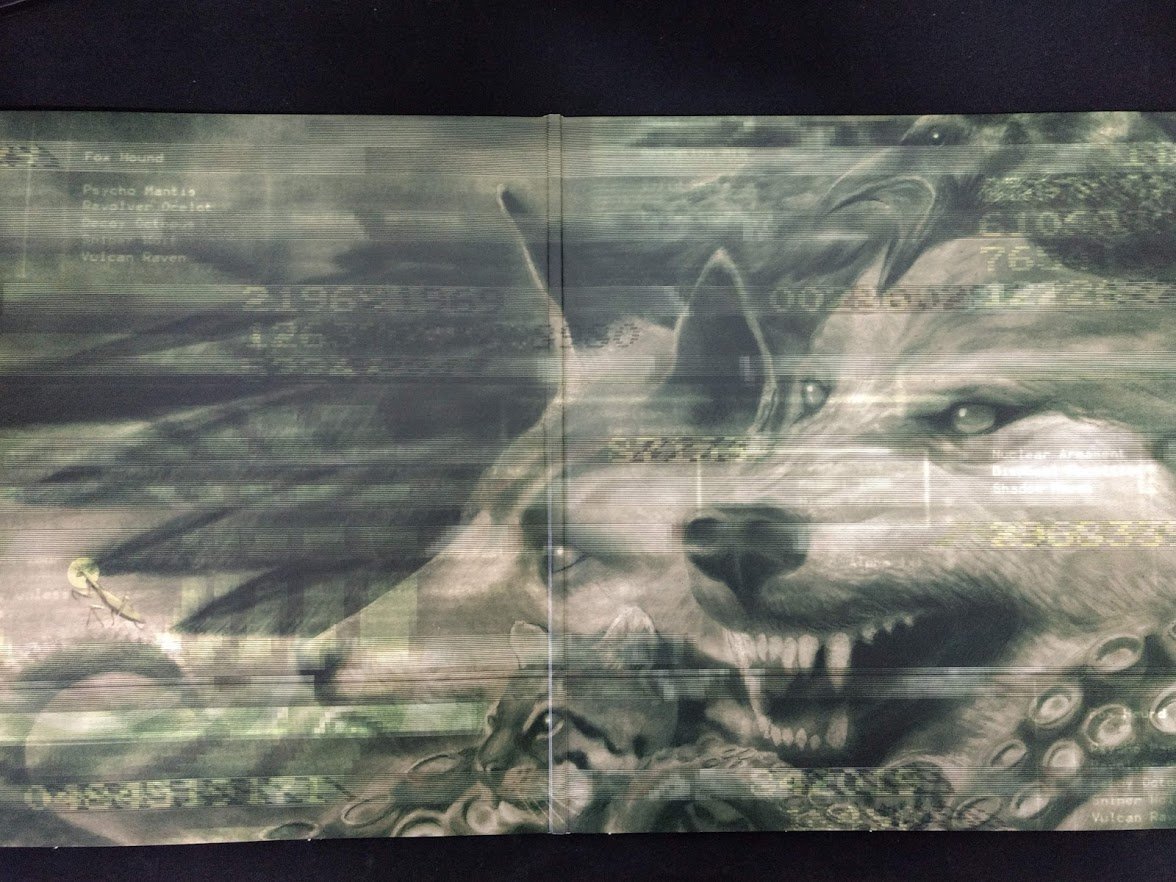 However, even if the total runtime of both vinyls clocks around one hour, the tracks are of varying lengths and the flip side of Disc 2 holds only 2 tracks. Also, Metal Gear Solid is equal parts its iconic voice actors and fans would probably have appreciated some "fan service" in the form of voice overs by David Hayter or Paul Eiding's iconic Game Over "announcement".