A split keyboard sporting a low-profile aesthetic, does the Ergo Pro do enough to stand out in this crowded market?

In my time writing for GBAtemp, I’ve reviewed many a keyboard. Big and small, modern and garish, I’ve had a bit of everything. Of those used, I’ve struggled to find a more delightful typing experience than that of the Ultimate Hacking Keyboard. A split ergonomic design, it’s been my go-to for more than a year now. Much to my surprise, it has been dethroned, and by something so unassuming and normal looking–at least as normal as a split keyboard can look anyway. Let me introduce you to the Matias Programmable Ergo Pro. 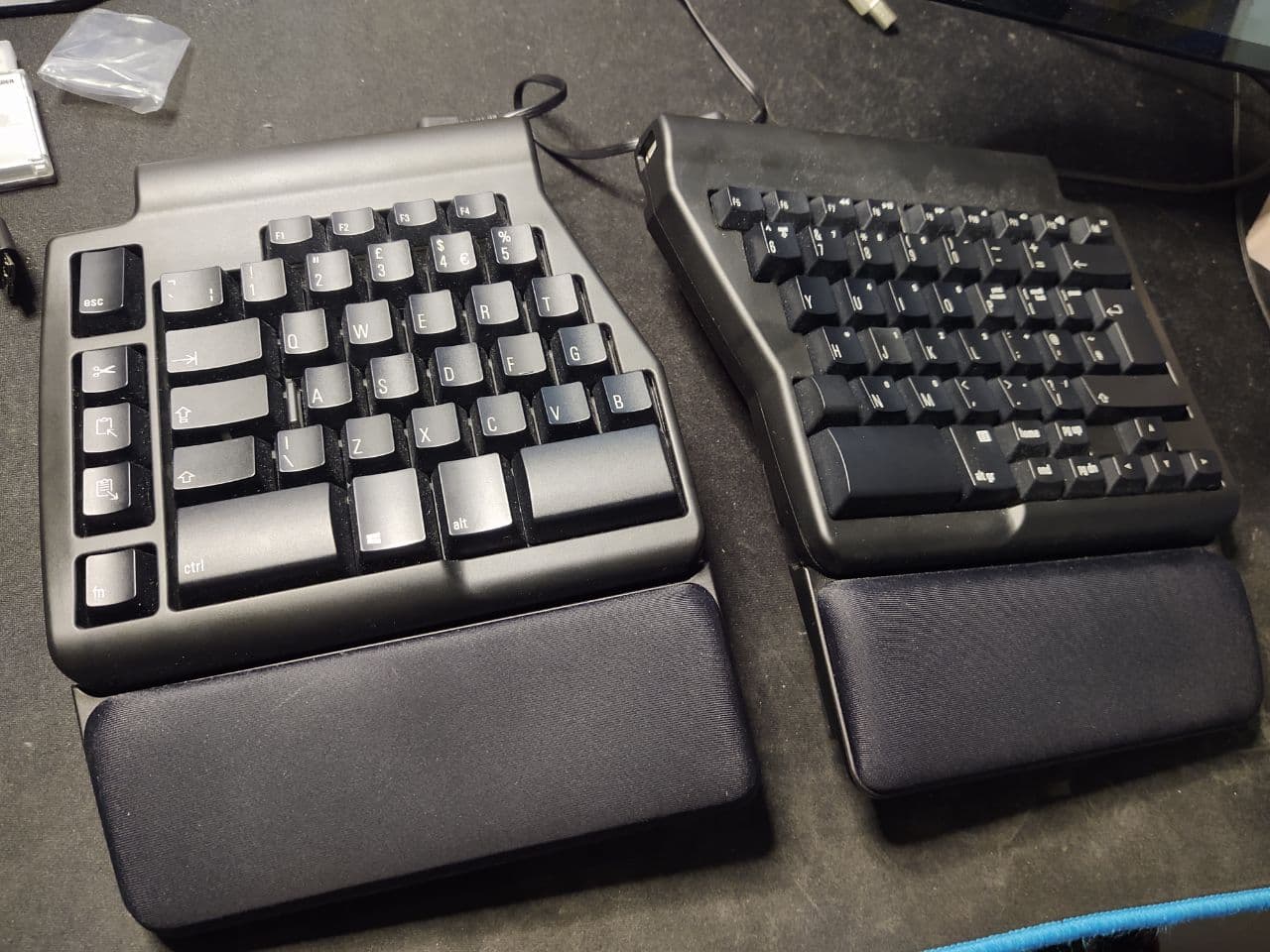 I'd like to apologise here for the amount of dust in the picture. I'm out of compressed air.

The Ergo Pro sports a split tenkeyless design, featuring defined arrow keys and navigation buttons. Everything you’d expect from a tenkeyless keyboard is here with no attempt to obscure functionality behind layers as the Ultimate Hacking Keyboard did. This comes with its own set of pros and cons. At a surface level, it makes the keyboard incredibly easy to pick up and use with no real learning curve. And that’s because really there’s nothing to learn. If you’ve used a keyboard before, you’ll find pretty much everything where you’d expect it. The exception here is the quartet of navigation buttons, them now sitting next to the arrow keys in a cluster. I’m quite fond of this location, making them easier to reach and use. Though the Ergo Pro is easier to use out of the box, to say this is better overall would be to entirely overlook the purpose of these layers in other keyboards; they’re designed for ease of use and comfort in the long-term. Once you’ve adjusted to them, you find your hands moving less to reach for keys, and your productivity as a whole increasing. It’s not to say one approach is inherently better than the other, but different people will certainly have their preferences.

As split keyboards go, the options for use are also fairly standard, but still worth mentioning. The Ergo Pro supports three layouts: flat, negative tilt, and tented. This is achieved using three feet on each half that can be folded and unfolded to suit your desired layout. Interestingly, positive tilt just isn’t an option, perhaps because of the negative ergonomic impacts of positive tilt, its only real purpose being to make the lettering on the keys more visible. Thankfully, adjusting to both negative tilt and tented isn’t a difficult process, especially with a keyboard like this. Before going back to my usual tented layout, I did decide to give negative tilt a shot, and was pleasantly surprised by the experience. Tilted will however always be my recommendation where available; it just feels natural. It’s here I’ll also mention you have no option to join the keyboard halves together for a more traditional keyboard. This is an exclusively split keyboard, so just be aware of that before considering a purchase. 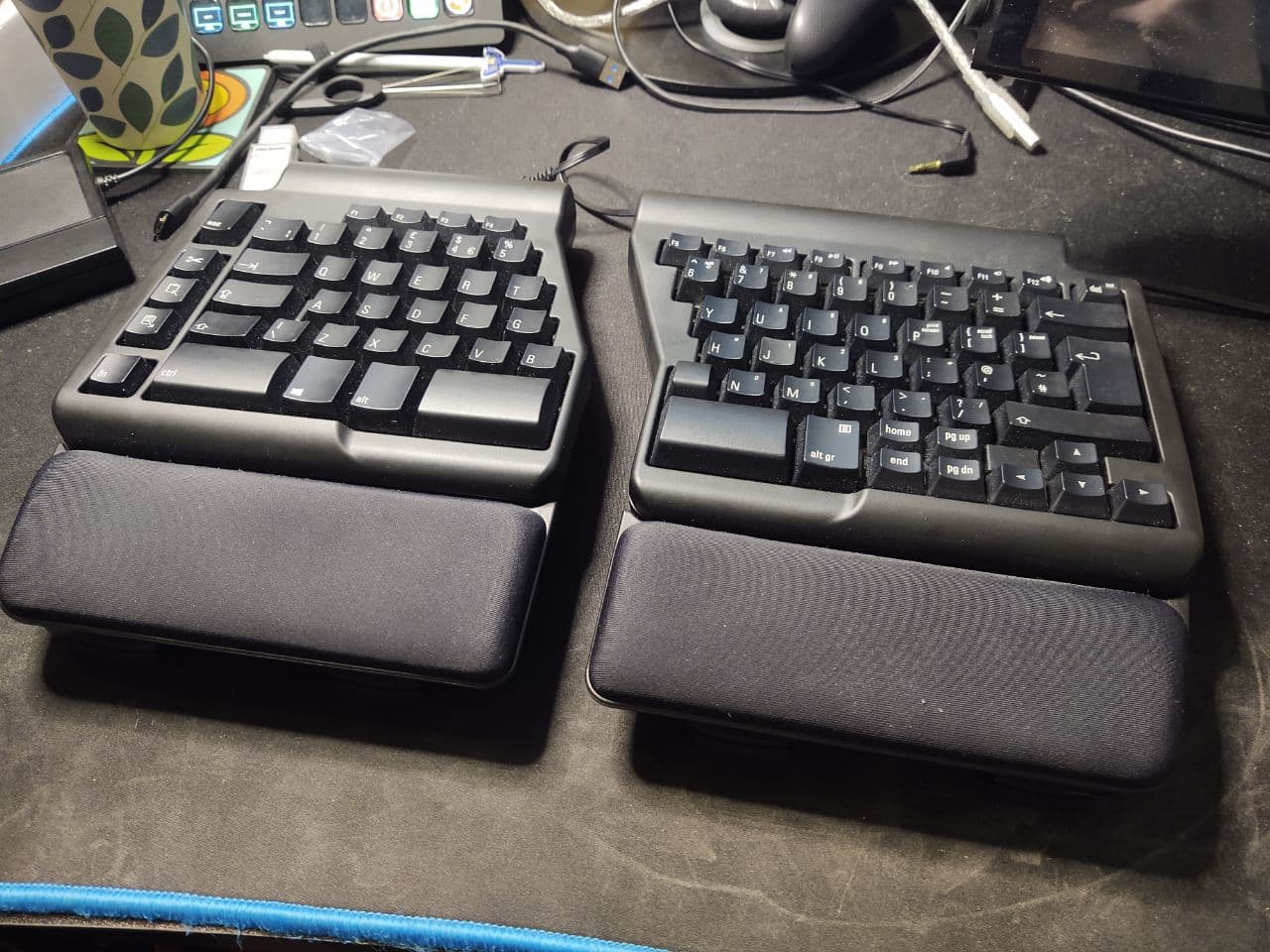 Looking to the features of the Ergo Pro, there’s little in the way of bells and whistles. As its programmable title would have you believe, there are a set of keys available to be remapped as you like. These include the twelve function keys, a blank key on the right half of the keyboard, both space keys, and the three (or four if you have a US layout) on the left half that are by default mapped to cut, copy, and paste. These can be remapped without any kind of software or driver by holding down the escape key and the key you’re wanting to remap. After this, you can enter a string of around 60 characters to be saved and reused as you wish. Really I have no complaints about this. It does lack some of the finesse you may find with software-supported macros, such as specified timings, but as a whole it’s a simple function I’m happy to see. A part of me does however wish the three keys dedicated to cut, copy, and paste had a more useful base function. While it's great to have these keys and to remap them, their base functionality is incredibly redundant, especially on a keyboard trying to emphasise ergonomics. It’s far more straining to have to reach for these keys than it is to just use the standard two-key shortcuts. 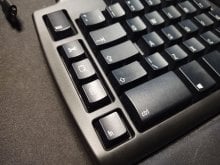 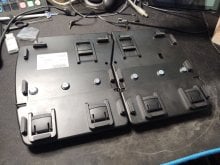 The switches under the hood are something somewhat unique to Matias, their own Quiet Click design. Advertised as the world’s quietest mechanical switches, they're actually a clone of the now-discontinued Alps SKBM Black. Unfortunately having not used those, the best comparison I could make is a similar feel to a brown switch, with a sound profile closer to a membrane keyboard. It’s really quite impressive. I can’t say for sure whether they really are the world’s quietest, but it wouldn’t surprise me. They’re a genuine joy to type on, and I can see them exceling in an office environment, or even for those now working from home and needing to type while on calls to colleagues.

There are however certain eccentricities you may have come to accept as standard missing here. The most notable of these would be a form of backlighting for the keys, though I can somewhat understand the rationale for skipping out on them in this instance. For one they just wouldn't fit in with the keyboard design, but there is more to it. After a year of using my Ultimate Hacking Keyboard, I can certainly understand why any split keyboard would skip out on backlighting. To be blunt, you’re not supposed to be looking at the keys, and with this keyboard in my opinion targeting the office audience more than gaming, it’s expecting you to be in a well-lit environment anyway. The only out of the ordinary feature you can expect to find on this keyboard is the fact that there’s three USB 2.0 ports built into the right half. I don’t personally use them since my laptop struggles to give the keyboard enough power to get any usable performance out of them, but it’s an interesting addition if nothing else. 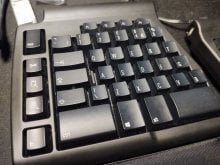 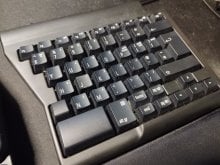 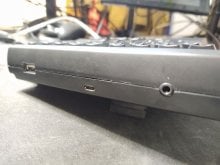 From a design standpoint, it’s something that you’d expect to see in an office too. It’s plain with a black plastic body, and an unassuming wrist rest. Nothing about it particularly screams premium, and this does extend to its choice of ports. The right half connects to the PC via micro USB, and the keyboard halves are joined using a 3.5mm cable, similar to what a pair of earphones relies on. Contrary to how it looks though, the keyboard feels sturdy, the gel wrist rest is one of the comfiest I’ve had the pleasure of using, and Matias even go out of their way to provide several cables of differing lengths for different use cases. On the surface, it’s such an easy keyboard to overlook, but it shines in its performance and usability. There’s even different models for PC and Mac, as well as a UK variant for PC that I always appreciate, as well as the US model available for both PC and Mac.

The Ergo Pro is a bit of a hard sell and I understand that, especially at its £220 price point. It’s nothing to look at, and it lacks the flair to show off as a desk centrepiece. Having said that, it stands above every other keyboard I’ve reviewed in terms of usability and comfort. I genuinely look forward to eventually finding a keyboard to dethrone this, because it’ll really have to be something extraordinary.