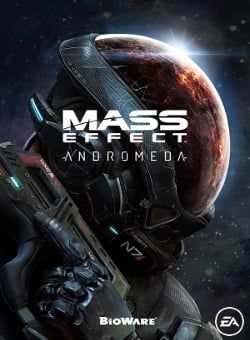 The Fourth entry in the beloved Mass Effect series. How does it stand next to the original titan of a trilogy?

Mass Effect is the kind of game that breathes AAA experience through its name alone. The original commanded the console scene as one of the largest, most ambitious sci-fi RPG’s of the Seventh console cycle, and backed up that title with great visuals, gameplay, and one of the most well-written sci-fi stories of the generation.

Five years after, Andromeda has made its way onto the scene just like this.

This lone gif should set the tone for the journey Mass Effect clumsily tries to string you along. It’s been nearly 600 years since the events of Mass Effect 3, and recolonization couldn’t be more important. The Human Race is all but evaporating, and it is up to you as the pathfinder to find a new place to call home.

The setup for the narrative is not bad. In fact, I was excited that this title was going to put such an emphasis on exploration and feel more choice driven in how I could reshape the galaxy. Right from the start, you make landing on an alien world you can call home, only to discover it is swarmed with an unknown alien species and is nothing like what you were promised.

As I was just marveling at the grand scope of space all around me and the beauty of the colors and shapes, I was brought back to the disturbing and jarring reality of this games animations.

From the moment Ryder, your avatar for this entry, wakes up, they display some of the most broken and inhuman animations I’ve seen in a video game. I haven’t seen examples of animation this bad since the early PS2 days, and they were at least trying with those.

You see, the publicity has been going around that Andromeda has these weird animations, and you don’t expect that it will be that bad, or that they’re all just contained examples and little hiccups. And you would be totally wrong in that assumption. This game is just plain buggy. Unnatural movement litters the game, and there are creepy interpretations of how a human face should look. In a game surrounded by extraterrestrials, it’s off-putting when the humans are the most alien looking beings.

I did my best to make my own character as I was not the biggest fan of the default female Ryder and I tend to play female characters in my games anyway. I played through the entire original trilogy as Fem-Shep, so I wanted to do the same in this title. The customization options were decent enough, and I managed to spend a good 10 minutes trying to build my character the way I wanted her to look. The character I made looked unique and slightly human until about 3 minutes after the character build screen. 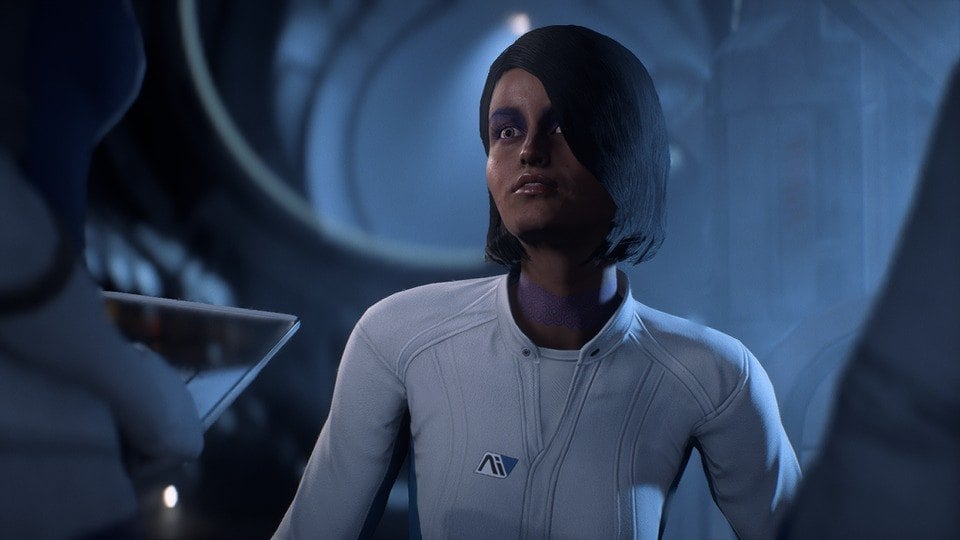 I tried, I really tried to make a decent looking human.

Normally I would be just as skeptical as the general consumer and say that the weirdness of the game shouldn’t detract from the overall experience, but it is the biggest distraction for this game. Especially when you consider everything that looks so good around it.

In visual respect, Andromeda's environments and objects are some of the greatest things I’ve seen in games this year. So it’s disappointing when other aspects of the game seem to fall almost years behind in keeping up with the other parts of Andromeda.

And the other parts of Andromeda are really solid. The gameplay is incredibly tight and expansive. The skill trees are slightly overwhelming regarding size, and I had minor complaints about the multitude of options that are available right from the get-go, as it can be cumbersome trying to figure out the build of character you want to make, but I managed to make do.

I put a particular focus into Biotics, as the combos you can do with them were always satisfying in the original trilogy, and they’re just as satisfying if not more so here in Andromeda. From the beginning of the game, I was able to use biotic abilities to pick up enemies with a type of telekinetic force and then throw them against walls or off ledges to temporarily stun them and then mow into them with bullets. I got particular satisfaction early on from just picking up cryo barrels and chucking them at enemies to freeze them and then popping them apart into crumbled shards with a melee attack. The progression is satisfying and works well for the game overall.

A small taste of the myriad of options available to you.

Even exploring in the rover or navigating the galaxy in your ship was smooth and entertaining. Especially when you explore the utterly beautiful planets of the Andromeda galaxy. Roaming the worlds and checking out all the cool caves and expansive dungeons was decent fun. That being said, a lot of that experience is made incredibly cumbersome by the addition of the new scan tool. 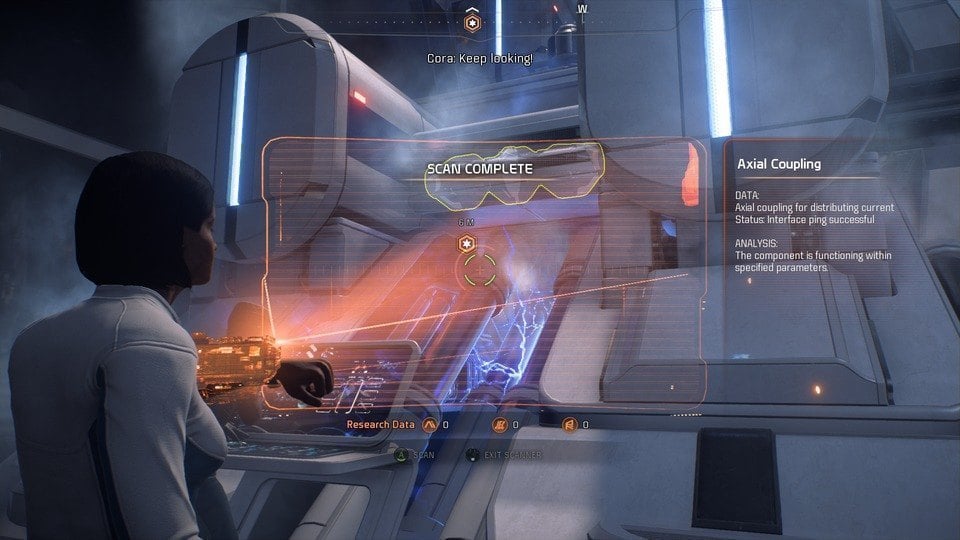 I’ll be honest, I have never had a good experience with forced scanning in games since the original Metroid Prime games. And Mass Effect is no exception. The forced scanning felt lazy and one of the most irritatingly repetitive parts of the game. You have to walk around with the scanner out 70% of the time to make anything happen in this game. Need to open a big door? Start scanning. Need to get data to upgrade weapons? Scan everything that is highlighted if you want to get better equipment and resources. It’s a feature that is shoved into games more often lately, that I absolutely can’t stand because of how lazy and forced it has become. I would much rather explore this universe without the heavy reliance of needing to pull out the scanner and walk slowly and press a button on every highlighted object in my face or the surrounding area.

But my biggest problems still lie with how Andromeda loosely connects its good pieces with its bad, almost like trying to force puzzle segments that aren’t supposed to fit together to get the full picture. There is a foundation of incredibly robust and fun gameplay that is stuck to a story and dialogue that, quite frankly, I could not bring myself even close to caring about.

Mass Effect’s biggest selling point is supposed to be its writing, but it ultimately fails in its attempts to hook you into its narrative right from the get go. In the original trilogy, your companions are your lifeline and make the experience more worthwhile because they grow with you, and you attempt to relate and care about their individual stories. Characters like Garrus, Tali, Liara, and others were all incredibly memorable and gave you reasons to care about what happened to them. After the initial ten hours into Andromeda I still barely remembered who any of my companion’s names were, let alone their stories or character drive. 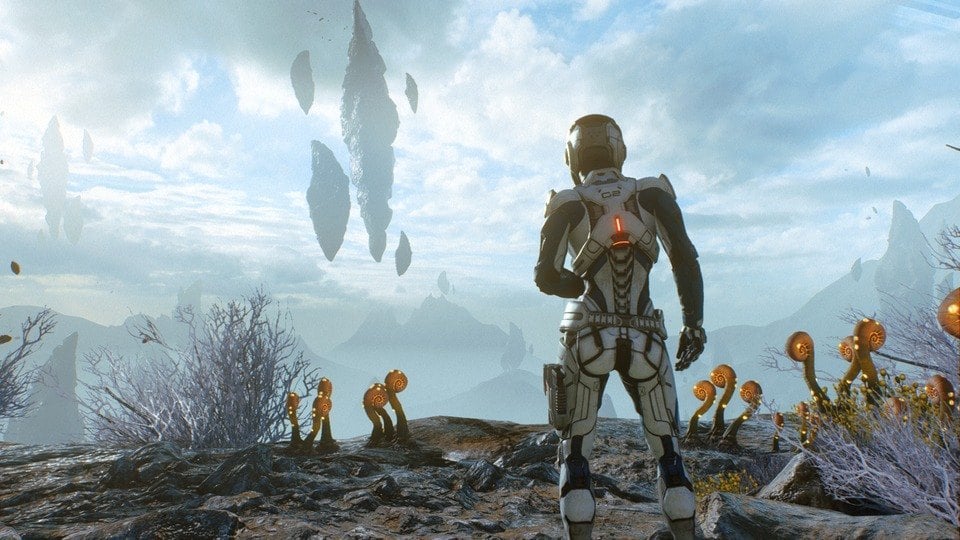 The beauty of the world that is crafted for you.

None of them are particularly charming or offer much to care about, except for the few alien crew members. The only quirks I can remember is that Suvi has an awful haircut and her animations are atrocious. Corsa is the typical, “I’m hard and hate everything,” character which only made me hate her in general. Liam is the obligatory one-liner character, and I continually forgot the engineer character even existed and didn't remember his name at this time of writing.

At least the Alien’s have more reasons to care about them, as many of them are missing crucial parts of their species and family due to their respective arks having gone missing, which serves as a massive, sprawling sidequest for each alien character on your ship. Honestly, these side missions were the most endearing and where I got the most resonance out of the game outside of any of its main content because it gave off a better mystery and a more emotionally engaging narrative. 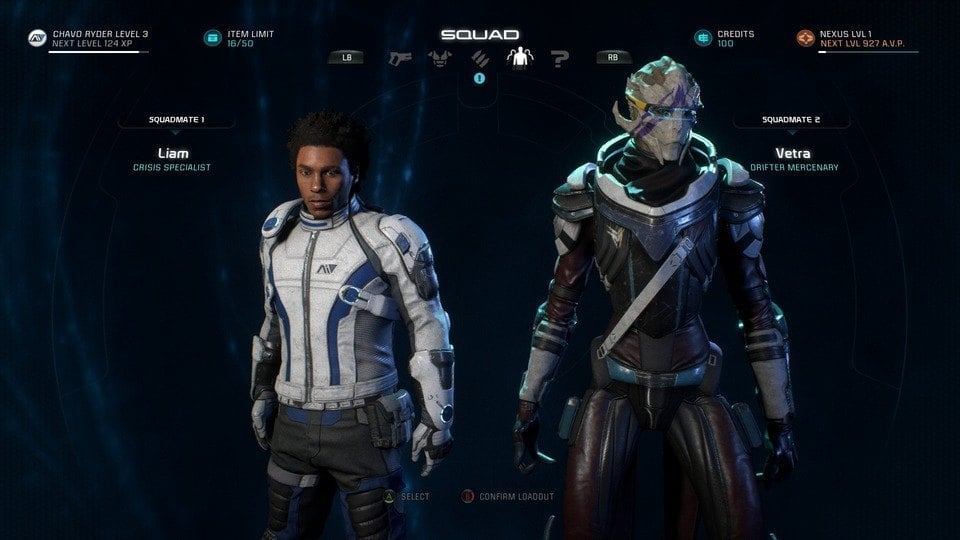 None of Mass Effect Andomeda's dialogue trees or choices were enough to invest me. And I liked how this game's options for a discussion led to more choices and diverse reactions than the original paragon/renegade systems of the past. It follows a path I had recently seen Horizon Zero Dawn use, in that you can select options that are more heartfelt, more thought out, more emotional, and more sarcastic. Had the story been more gripping than I might have enjoyed seeing it used more often.

The main story is just so cookie-cutter and dry that it felt like a chore to continue. Go to planet, fix the world for a few survivors, continue. The main antagonist looks like a hardened poop and is the least threatening, most forgettable bad guy I’ve ever seen. The main enemy species, the Kett, are the same in this regard. There’s no charm, no real fear of them, and not even this huge, engaging reason to hate them. They’re in the way for the majority of the game, and are just pests. The theme of this series is meant to be discovery and mystery, when in reality, in Andromeda, the idea is lost in repetition and monotony.

For all of its solid gameplay moments, I was left questioning why I should bother continuing? I was continually asking myself if I even wanted to bother investing more and more time just to see if the experience got better. But the game gave me no reason to think otherwise. In this current year surrounded by back to back AAA experiences why should I feel obligated to keep playing this sprawling hundred-hour long RPG that might get better, when I could jump into an experience that gives me more reason to keep playing it right from the beginning? 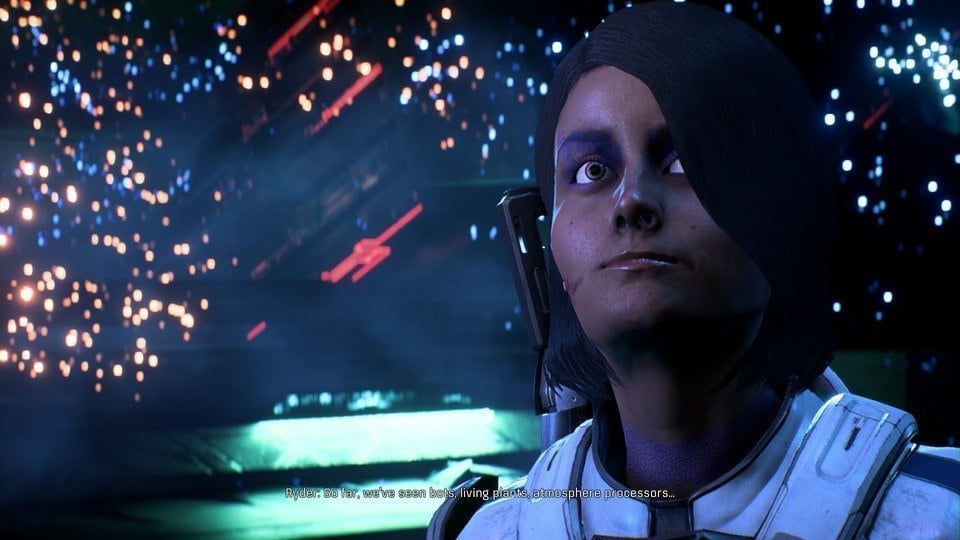