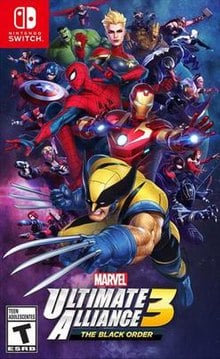 Making a comeback after 10 years, the next installment in the Marvel Ultimate Alliance makes a superhero landing exclusively on the Nintendo Switch! With a Warriors gameplay at its core, how does this fit into the vigilante suit?

At the start of Marvel Ultimate Alliance 3: The Black Order, we come across the Guardians of the Galaxy as they dock a spaceship in search of survivors (in reality it’s more like they’re in search of loot). That’s when they come across Thanos' minions who are on the quest for the Infinity Stones but luckily the Guardians manage to save the day...only to end up in prison...on Earth!

After breaking out of the prison, the Guardians eventually team up with other Marvel superheroes from the Avengers to the X-Men and even with notorious supervillains in order to prevent the Infinity Stones from getting into the wrong hands. And off you go with your custom team of superheroes/villains to do heroic stuff! 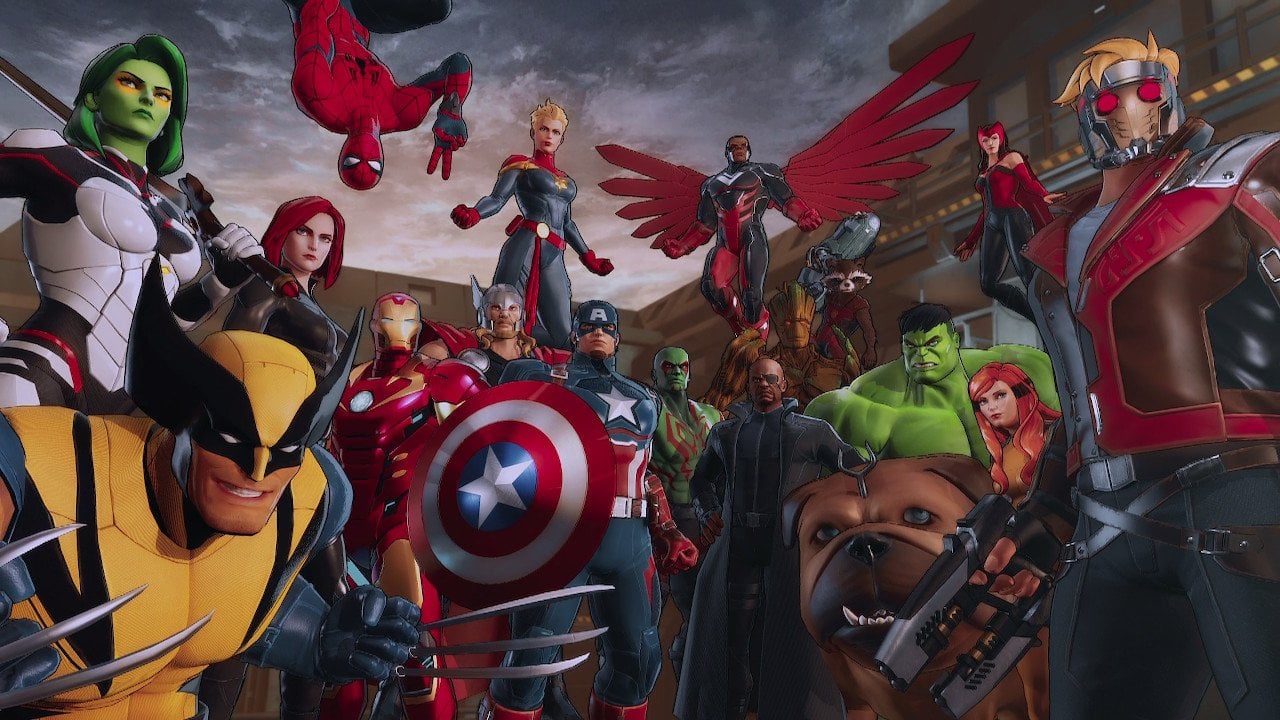 Plotwise, Marvel Ultimate Alliance 3: The Black Order sounds very similar to the Marvel movies. While it’s not a carbon copy, the ultimate aim is the same as in the latest Hollywood blockbuster: prevent Thanos and co. from getting the full set of Infinity Stones and save the day. There are a few twists to the narrative, most notably involving a wider cast of characters from the Marvel Universe (Avengers, Defenders, X-Men and more in their comic book design) who you can gradually add to your team as they become available when the story progresses. To give it its due, the game does pack some cool action cutscenes worthy of an animated Marvel movie. 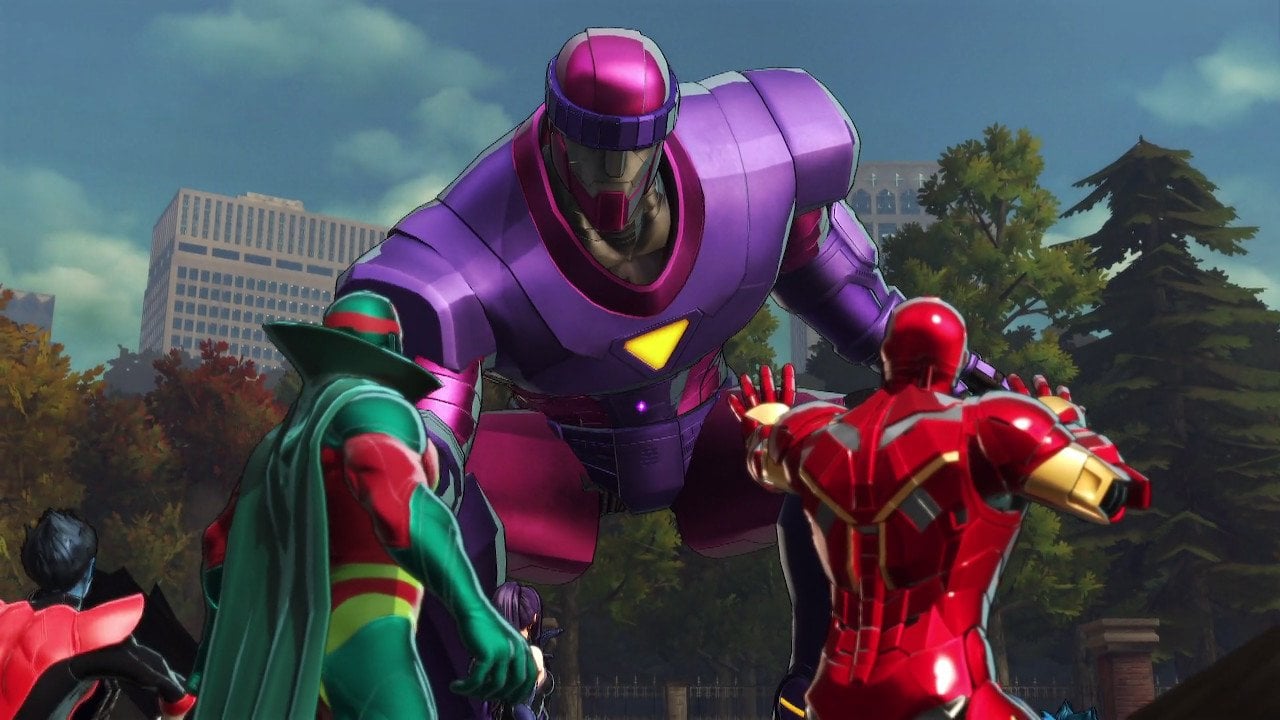 However, on top of the uninspired plot, the gameplay template is all too often repetitive and predictable: go to a new location, fight minions, level up and take on the boss. Those mandatory bosses at the end of every chapter pits you against infamous baddies like the Green Goblin and Ultron. However the rate of coming across a boss seems overly fast and underwhelming when you beat traditionally strong characters like Ultron within the first few hours of gameplay. The bosses can also occasionally feel overpowered, with a sudden difficulty spike forcing you to grind in order to progress. And grinding is not the most pleasant aspect of the game either, which the game present in its Infinity Trials. With hordes of similar enemies and uninspired environments, one can potentially reach to the point of rage quitting. 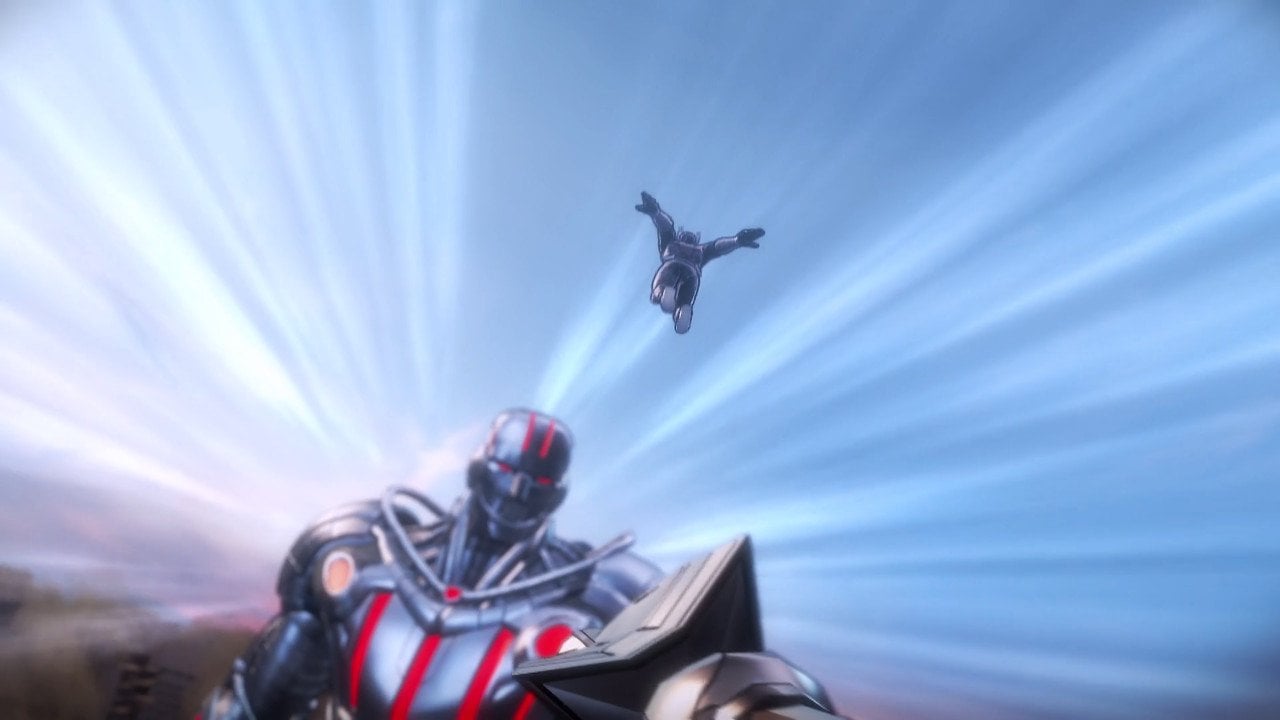 To prepare for stronger enemies, you can level up individual team members’ abilities and/or spend precious time fiddling with the skill tree and the ISO-8 system for stats upgrades. Your team consists of 4 characters which you can choose from the available roster (more than 30 at the time of launch, which is quite generous). With this wide cast of heroes available, you will have access to different fighting styles; Star-Lord is great for long-distance, aerial attacks while the likes of Wolverine are particularly powerful for short-range attacks. It’s a good strategy to have a balance of different attack types within the team so that you can switch to a more suitable attack type according to the situation. This is particularly the case given that your AI “ally” often wait idly or don’t aim properly, leaving you to do the heavy lifting. 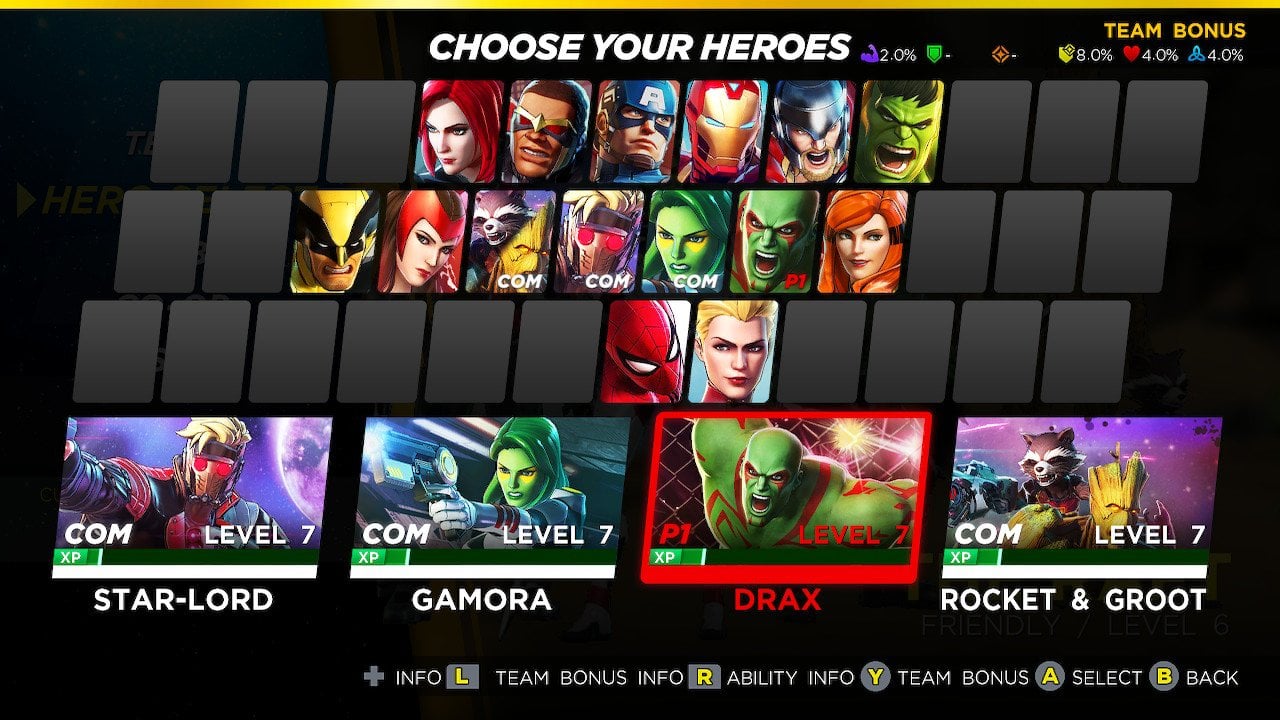 Gameplay-wise, this title mostly focuses on the combat which are fairly simple to get a hold of, interspersed with some mundane moving around corridors until the eventual enemy pops up. Every character has a light, a heavy and 2 special attacks, with one of them, the Extreme Attack, being a potentially deadly finisher. There is also a cool synergy mechanic where you can link up special moves of 2 heroes for a powerful blast. This makes Marvel Ultimate Alliance 3: The Black Order more enjoyable in co-op so that team members can actually cooperate and its linear progression makes for an easy game to share on the go. What's more, this title supports up to 4 players co-op in offline or online mode.

Given the nature of this game, chaotic fights happen throughout the game. Occasionally, I noticed dips in the frame rate in handheld mode during particularly heated combats, especially when using the Extreme Attacks. 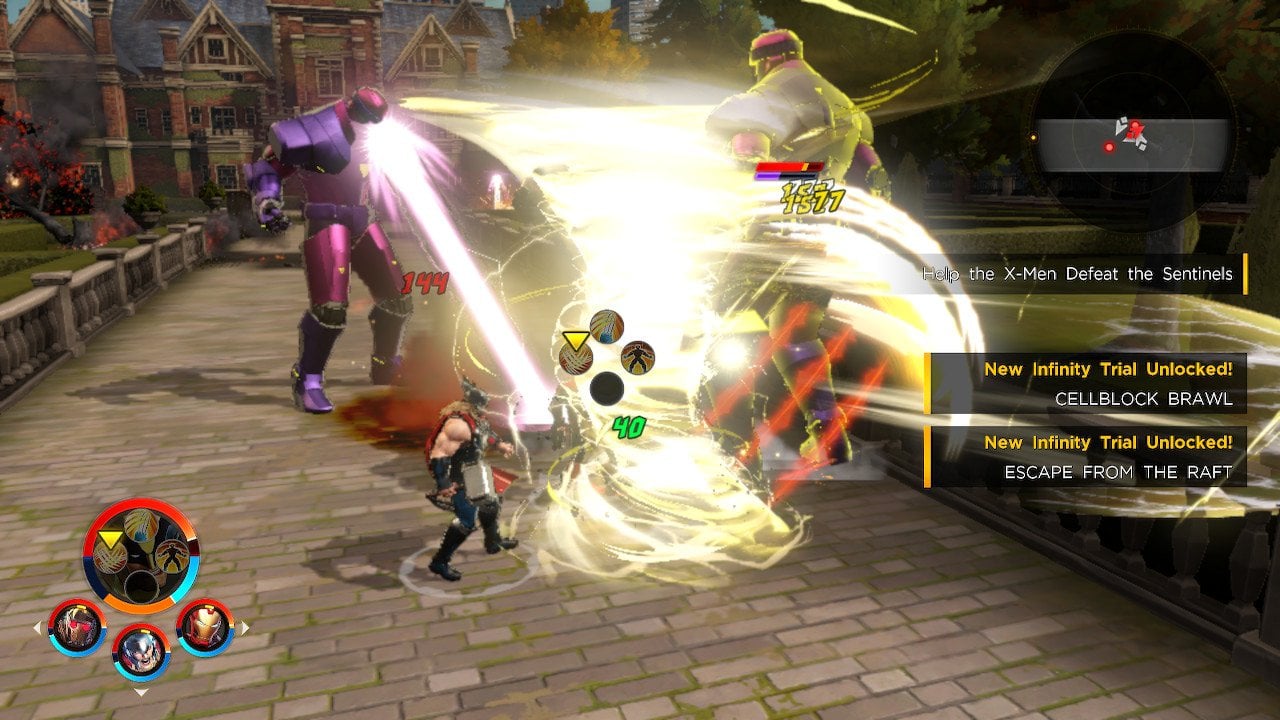 As a single player game, Marvel Ultimate Alliance 3: The Black Order is fun when taken in bite sizes. In the long run, the gameplay feels repetitive. Even if the game shoves you with different settings and baddies, it all feels more of the same, and the need to grind does not make things better. Co-op is by far the best way to enjoy it as this is mainly a game of cooperation best savored in teams. 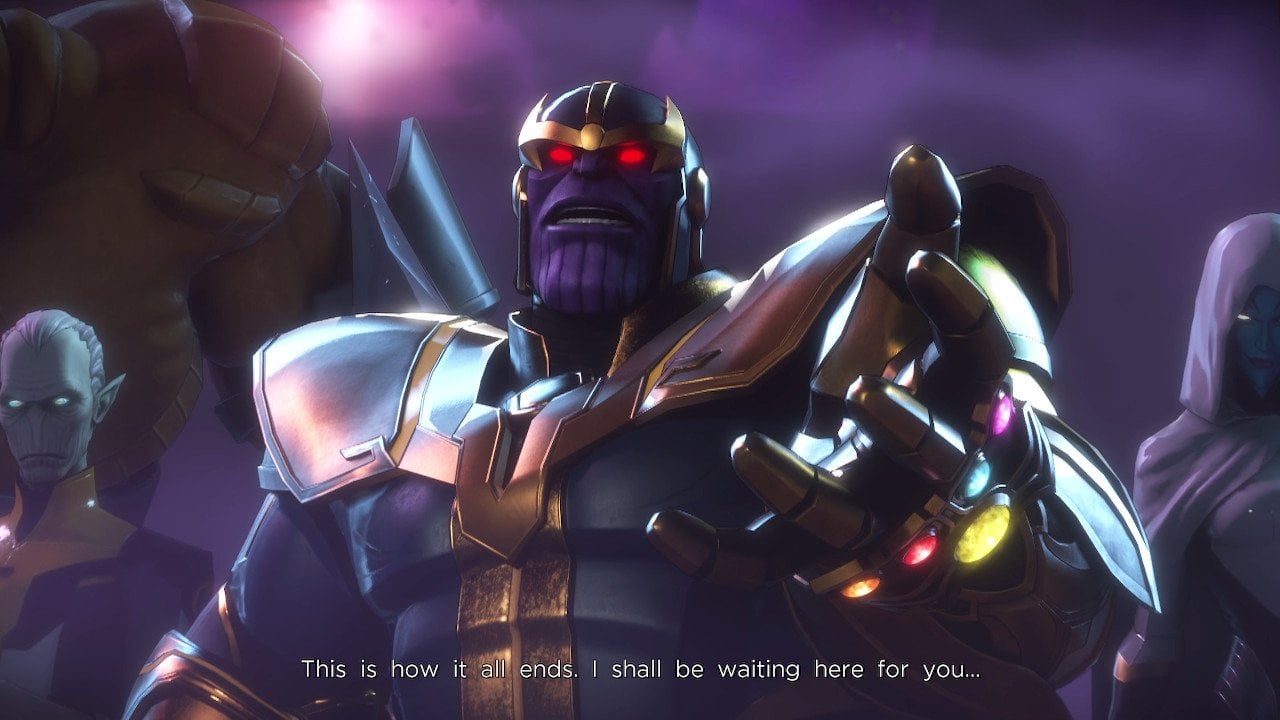