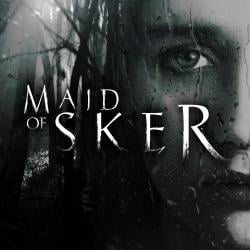 Single player
Local Multiplayer
Online Multiplayer
Co-operative
Up for review is Wales Interactive’s latest first person horror game, Maid of Sker, inspired by the folklore related to the Sker House in Wales. But how does it hold up? Is it truly spooky? Let’s find out.

Maid of Sker is Wales Interactive's latest entry into the horror genre, following releases like Master Reboot or Don’t Knock Twice. Set in the late 1890s in Wales, Maid of Sker follows the misadventures of Thomas Evans, who receives a letter from his fiancee Elisabeth Williams who is apparently “trapped” in a recently reopened hotel on Sker Island owned by her Father, who appears to be forcing her to become a famous singer like her mother. She requests you write a counter melody to a song recorded in her mother’s locket, and so Tom makes his way to the island to help his ladylove with whatever predicament she’s in and to deliver the melody in person. But of course this is a horror game, so things aren’t quite right when you arrive. The island seems empty, everything is in disarray, and things are way too quiet for a recently reopened hotel.

As you hop off the train and make your way to the hotel, having to trek through a small forest path to get around a locked main gate, you’ll get your first taste of the music of Maid of Sker as well as a glimpse at some supernatural phenomenon. Neat! Eventually you’ll make your way to the entrance of the hotel, and after entering you’ll have your first interaction with Elisabeth! Yay!...via phone call. Weird? Ignoring the oddness of suddenly getting a phone call the second you enter the building, you’ll have a relatively short, one-sided conversation with Elisabeth regarding what’s going on in the hotel. Everybody has gone crazy, attacking any person who makes a sound, and you have to find four phonographs containing the melody to fix everyone, apparently. It’s all a little vague, and feels especially odd because Thomas has no voice acting whatsoever in the entire game (any response you make to Elisabeth is done via text prompts), whereas Elisabeth’s dialogue is fully voiced.

But, ignoring that, you finally have an objective, and are given free reign to explore the mansion as you see fit. And the very first thing you’ll notice as you move about the mansion is how goddamn quiet it suddenly gets and how goddamn LOUD everything else is. Every other floorboard is squeaky, the people upstairs seem to randomly STOMP STOMP STOMP, every now and again you’ll hear the random spooky music you heard earlier in the game. And all of it provides a great atmospheric horror vibe, even if it is a little cliche. You find yourself slowly creeping through every hallway and peeking around every corner, wincing every time you hear a SQUEAK as you take a step, and have an overwhelming feeling of relief whenever you see a green safe room door. While there are a couple jump scares here or there, Maid of Sker really relies more on atmospheric spooks which are (in my opinion) the best kind of spooks out there...at least, at first. Your first encounter with the enemies in this game are indeed quite scary, you come across a man cowering and attempting to hide when a big guy in a scarecrow mask bursts through a door and slams him against some glass. Spooky! Later on, you’ll get your first real encounter with them, where you must hold your breath (which is one of the main stealth mechanics in the game) and make your way through a dusty corridor, lest you cough and alert the enemy to your presence. And then things kind of start to go downhill. The more you continue on with the game, the more enemies you’ll see, and the more enemies you see the less scary it ends up being. The atmospheric vibes in the beginning go from scary to annoying, and by the halfway point it ends up being so repetitive and same-y that it just loses its scariness altogether, especially towards the end where you kind of have to backtrack a bit to complete some objectives and you realize that, oh you can just kind of run away from them anyways and hoof it to the nearest safe room with 0 penalty. Unfortunately, or perhaps fortunately, the game ends up being relatively short anyways, with my estimated playtime at a bit under 4 hours give or take, which is a tad disappointing because I feel like more could have been done with the premise provided.

Story-wise, however, Maid of Sker holds up fairly well throughout the entirety of the game. As you explore the mansion, you’ll uncover notes, phonographs, and treasures that unveil a sinister plot by Elisabeth’s family, who would purposefully wreck ships off their rocky coast and “salvage” any goods that survive the wreck. In one of these wrecks, he seems to find a monster locked away on one of the ships, a siren, which he uses to lure even more ships to get more treasure. Flawless plan! But, unfortunately, things take a turn when a cult emerges that seems to worship the siren, and they’re attempting to use it to rule the world! But this is where things went wrong, and the cult’s intent to rule the world sort of backfires and simply causes them to go crazy. Whoops! Graphically speaking, there’s not much to write home about, but there’s nothing to complain about either; it’s your standard Unity engine title. Where the game really shines, as previously mentioned, is its audio. Specifically, the soundtrack is excellent! So much so I would recommend buying the OST on Steam, or at the very least giving it a listen to on Youtube. Gareth Lumb, the composer, did an exceptional job!

What We Liked ...
What We Didn't Like ...
5
Gameplay
The gameplay is just a tad lacking, mainly because of its repetitiveness. It starts out really well, with a decent mechanic, but it's pretty much just the one and it gets old quite quickly.
8
Presentation
Maid of Sker presents itself fairly well. The audio is exceptional, there's nothing particularly wrong with the graphics, and the story itself is presented very well, if a little short.
5
Lasting Appeal
Maid of Sker probably isn't a game you'll play more than once. There is a collectible mechanic here, as well as two endings, but both of these things can easily be had in one playthrough by some quick backtracking (which you'll already need to do, late game), and reloading your last save (since only one last dialogue choice actually changes the ending).
6.5
out of 10

Overall, Maid of Sker is a fairly decent game that could just use a bit more polish and maybe some more varied gameplay mechanics. Is it worth a playthrough? Perhaps, if you like indie horror games. But regardless if you play or not, definitely check out the soundtrack elsewhere!
Reactions: TheCasualties, duwen and RyRyIV
Share:
Facebook Twitter Reddit Pinterest Tumblr WhatsApp Email Share Link
Cjugames on youtube you a great playthrough of this.