Single player
Local Multiplayer
Online Multiplayer
Co-operative
In Magnetic By Nature you will journey upon the forces of magnetism as the last surviving robot, of an unforeseen cataclysm, determined to reboot a fallen society.

Platformers have been a staple of the video game industry since its early conception and have graced almost every home console in one form or another. Starting off as simplistic run-and-jump high scoring arcade-like experiences, platformers have evolved into artistic expressions through ever-advancing story-driven gaming mechanics. Many creative ideas have been incorporated throughout the evolution of this genre; from power-ups and weapons to spiky death traps, these subtle enhancements have forever altered the platforming concept. As Indie development teams strive to mingle while uniquely diverging from the core idea, they continually seek out those basic mechanics that need to remain in place as game designs are pushed in new directions. This new school design process has created a sub-division of platformers that combine a constant threat of death throughout a structured sense of dynamic movement, along with collectables and short levels winnable in mere seconds. These new mobile-platfomers offer quick pick-up-and-play experiences with challenges designed to keep gamers coming back. It is these elements that Team Tripleslash has combined to create Magnetic By Nature. 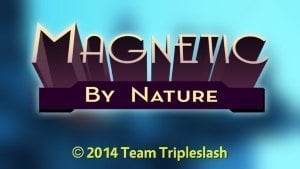 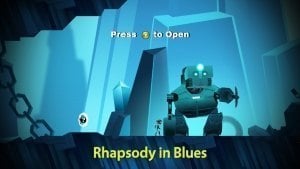 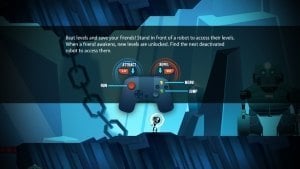 There exists a surreal and mechanical world constructed of rocky gestating alcoves. Each area bound together through similar tones of color stretching across the vast remnants of a fallen society. It is here that the last operational robot, Point One, sets upon a journey to reactivate his brethren who have shut down in the wake of a magnetic cataclysm. To accomplish this daunting task, our hero must access a series of challenging platforming levels stored in what one must assume are the memory banks of the deactivated robots. Once executed, Point One must journey to an end point in order to be transported into the next level. Each unique level contains a collectible item, while various specific levels contain bonus paths and secret areas. Receiving the highest ranking or best time, and gathering all collectibles is not a requirement to advance the game. However, fortune hunters will seek a legendary status by replaying levels in an attempt to perfect their run. 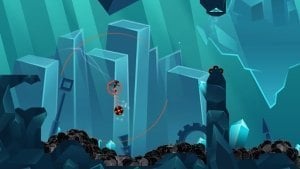 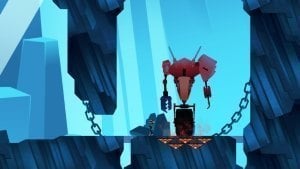 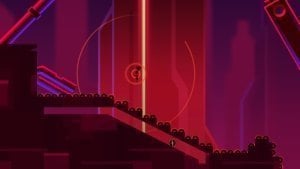 Each set of levels has been designed to demonstrate gaming mechanics while training the player in lightening quick transitions. The levels start out as simple entrance-to-exit pathways and quickly escalate into cunning adventures of death persevered through concentration and practice. The common theme of magnetism resides throughout each level, and manifests itself in various ways. At first, a simple push or pull mechanic is utilized that allows Point One to acrobatically launch between glowing objects. The mechanics eventually merge into single entities that can both be attracted to and repelled from. A rolling magnetic wheel is also utilized that acts as a safety between transitional points as it can be relocated through carefully timed movements.

Combined as a whole, the magnetic elements paint a beautiful scene as Point One is smoothly guided throughout each level. Bouts of frustration and repetition will inevitably ensue as perfection is obtained. It is during these moments that the calming tones of sound and music help to create a relaxing atmosphere in which it remains fun to be challenged. Design elements such as color and setting are carefully constructed to uniquely divide each set of levels. 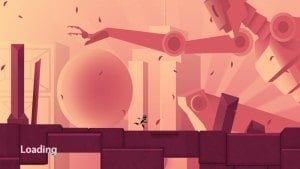 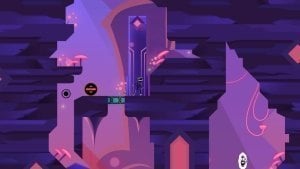 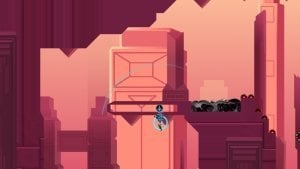 Artistically, Magnetic By Nature is a melding of creativity and beauty. The use of both color and light solidify the jagged world of disjoined outcroppings. Art deco landscape pieces merge our own past with a dream of one possible future. Sounds and music combine to create an atmosphere filled with relaxation. Gaming mechanics feel polished and smooth, dependent purely the mastery of controls. Truthfully, the only aspect which hurts this game is its ability to bring gamers back for more. Besides bragging rights of best rank or fastest time, nothing else remains to entice multiple replays. A game such as this would have benefited from upgrades or unlockables. While it remains clear that a minimalistic approach to platforming has been incorporated, this simplistic beauty may inevitably hinder a collection of fans looking for something more.

Magnetic By Nature successfully merges platforming mechanics of the past and present into a futuristic adventure spanning multiple levels of increasing difficulty. Challenges wait to be perfected through this platformer that prides itself on its use of magnetism over actual platforms. The game feels incredibly well polished through its speed of play and actual level design. Team Tripleslash have managed to release an exceptional game that will appeal to both Indie gamers and fans of the platforming genre.

Magnetic By Nature is a well polished platformer that creatively utilizes a set of existing core game mechanics. Artistically driven, a strong depth of emotion is ever-present. Controls feel responsive and fine tuned throughout. Besides ranking or speedrun bragging rights, there is little in the way of replay. Those that love mobile-platformers will find this one extremely enjoyable and at times, rather challenging.
Reactions: T-hug
Share:
Facebook Twitter Reddit Pinterest Tumblr WhatsApp Email Share Link
Is this installable as a .apk on other Android systems?
Yes a shame it's OUYA only; means I won't be able to purchase a legitimate copy...
This game looks fun. Thanks for the review AW.

Just because it's OUYA exclusive doesnt mean you're out of luck. There is a way or two for running OUYA on other android devices.
http://gbatemp.net/threads/turn-almost-any-android-device-into-an-ouya.369270/
https://devs.ouya.tv/developers/docs/ouya-everywhere
The game is not an OUYA exclusive. It came first to the OUYA. It is being released for PC, Mac, and Linux.

OUYA wasn't even mentioned on their kickstarter campaign. Pleng, I am confused how you were unable to research that this game was for multiple systems.

There is also a condensed version of the game titled Magnetic By Nature: Awakening for XBox Live. This version came out in 2013.

not sure really why it should be my responsibility to do any research.

As for why I thought it was an OUYA exclusive then it might have been something to do with the video included in the news article:

As for the other systems, I don't game on my PC, and don't have a Mac or 360, so that's no good.
I really don't know what to comment. How is it not your responsibility to research before making remarks?

The vid is titled "launch trailer" and yes, it launched on the OUYA. Again, if you had Googled the Kickstarter you would have seen that their original (and current) plan is for PC, Mac, and Linux.

You not wanting to game on your PC and/or find another way to play OUYA content on most Android devices is your problem alone. There are plenty of ways for you to enjoy this game and to make a legitimate purchase. If you want to see this game released on your platform of choice then try e-mailing Team Tripleslash and asking them.

-Another World
It's a game that looks enjoyable which I would have probably purchased had it been easy enough for me to do so. The trailer said "Exclusive to OUYA" and I believed it. Why would I not believe it?

I'm certainly not going to go out of my way emailing publishers or looking up kick-starter campaigns to get the game onto Play store, just because the publisher can't be arsed to do it themselves. I am a potential customer for the game - quite how it's my responsibility to find a way to pay for a game when the publishers are choosing not to publish a to a platform for which the development is already complete, is beyond me.