We all love games, but you need the right equipment to get the full experience. LucidSound’s latest headset, the LS41, promises to deliver premium audio for all your platforms at only $200. But does this headset live up to the hype? Let’s find out.

“LucidSound is committed to bringing change to the gaming industry. Comprised of industry veterans, our collective experience allows us to take a fresh approach to gaming audio with the knowledge to build a quality product. We recognize that gaming is truly for everyone and aspire to make products anyone can enjoy.

LucidSound crafts audio products specifically for the needs of gamers in their everyday lives. Our headsets are designed to be worn in the living room but include styling and features for use on the go. We believe less is sometimes more and that translates to our sleek designs and our simple intuitive controls. Our philosophy is simple, make it look great, sound great and feel great.”

Big words for a relatively short mission statement. However, I was given the opportunity to test out LucidSound’s newest flagship headset, the LS41, to test the company’s claims. After nearly a month of daily use I can confidently say in regard to their mission statement… Mission accomplished. 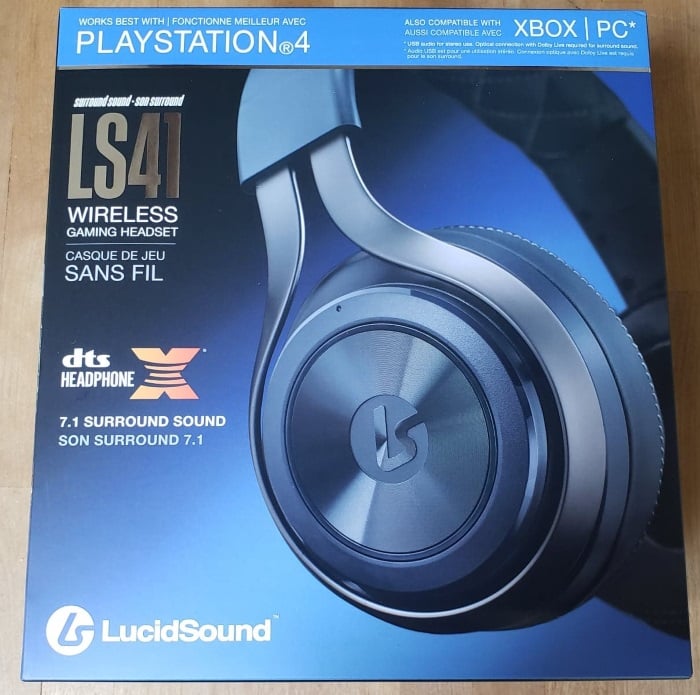 The LS41 is an upgraded version of the LS40, LucidSound’s 2016 model. The LS41 distinguishes itself from its predecessor by streamlining the setup process and removing the need to pair the headset with the wireless dongle using a paperclip, while adding a white stitching around the edge of the earpads. Other than that, the physical design is the same as the previous model. LucidSound claims that the audio is improved on the LS41 but I do not have an LS40 to test that claim. However, both headsets can often be found for around the same price online. If none of these advertised changes are enough to convince you, then you can’t go wrong buying the cheaper product. Otherwise, go for the LS41 if not just for the fact that you’ll know that you have the latest model.

What I love about this headset is the fact that, unlike many headsets with the “GAMING” moniker, this headset isn’t particularly flashy and doesn’t scream “EVERYONE LOOK AT ME!” In fact, I had no hesitation throwing the LS41 in a briefcase to bring to work so I could use it in a professional office environment. The metal frame is sleek, it has a good feeling of heft to it, and the faux leather around the earpads feels and looks like the real thing. The mic is detachable, so you don’t always have to walk around with a mouth piece. When not using the removable mic, the LS41 automatically switches to the discreet built-in mic. The quality of the built-in microphone is good enough to talk on the phone to your grandma who misses you. Seriously, use this headset to talk to your grandma.

What I think may be my absolute favorite feature of this headset’s functionality is that it sports independent game and chat volume controls by rotating the dials on the earcups. The dials and buttons are so discrete you may not even realize that they are there if not for the fact that the provided instruction manual tells you how to use them. The manual instructs that you can control game volume with the dial on the left ear and mute the game volume with the button on the left ear, while the controls on the right ear control and mute the chat volume. After testing it on my PC I see that is indeed the case, but ironically when I use the headset on my PS4 the dials are actually reversed. I quadruple checked that I did everything right but it just seems like the dials are reversed on my PS4. Luckily it makes absolutely no difference which side controls the volume and which side controls the chat. I just love that the audio can be controlled by the dials as opposed to small buttons.

The last feature I want to talk about is the DTS Surround Sound EQ modes. There’s a button on the right earcup that allows you to chose from 2 surround sound modes and 3 stereo presets. The sound modes include stereo, super stereo front, super stereo wide, gaming surround, and boosted surround. This is helpful in certain games like Rainbow Six Siege where it is very useful to be able to hear your opponents walking. Flip through the sound modes to see what works best for you in any given situation.

What’s in the box? 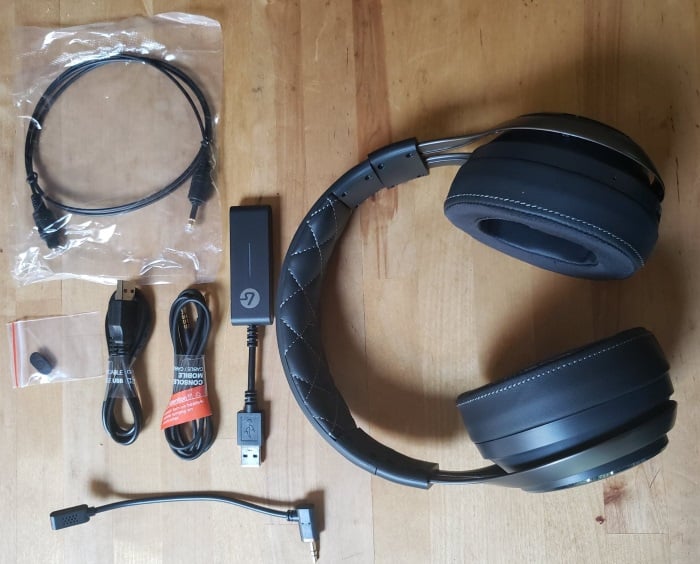 In addition to the headset itself, the LS41 came with a soft and padded travel case. The padding stops the mesh fabric on the earpads from being damaged and the earcups or headband from getting scratched. The LS41 also comes with a 3.5mm cable which is required to connect the headset to a mobile device or use the chat feature on the Xbox One. I have to admit, it is a little disappointing that the headset that starts at $200 doesn’t have basic Bluetooth functionality that would allow it to connect to a phone wirelessly. For those who play Xbox but don’t chat very much, it’s possible that the fact that it needs to be wired to use the chat feature doesn’t bother you. Otherwise, you may be happy to know that the 3.5mm cable is 1.2 meters (just shy of 4 feet) long, so there’s no need to hold the controller directly to your face to use the chat functionality. But at the end of the day, with a starting price of $200 I believe it is a missed opportunity for the headset to be truly wireless on all systems and phones.

Since the headset is wireless without Bluetooth, it also comes with a wireless receiver and an optical cable. Unlike its predecessor, the LS41 connects to the wireless receiver automatically and LucidSound’s website has easy to follow video and written guides on how to get it set up on each system. Essentially, all you have to do is plug the receiver into your system of choice and follow the menus within the system itself to complete the setup. When plugging the wireless receiver into my PC, all audio switched over to the headset immediately and the default microphone switched over to the LS41—making it truly plug-and-play! 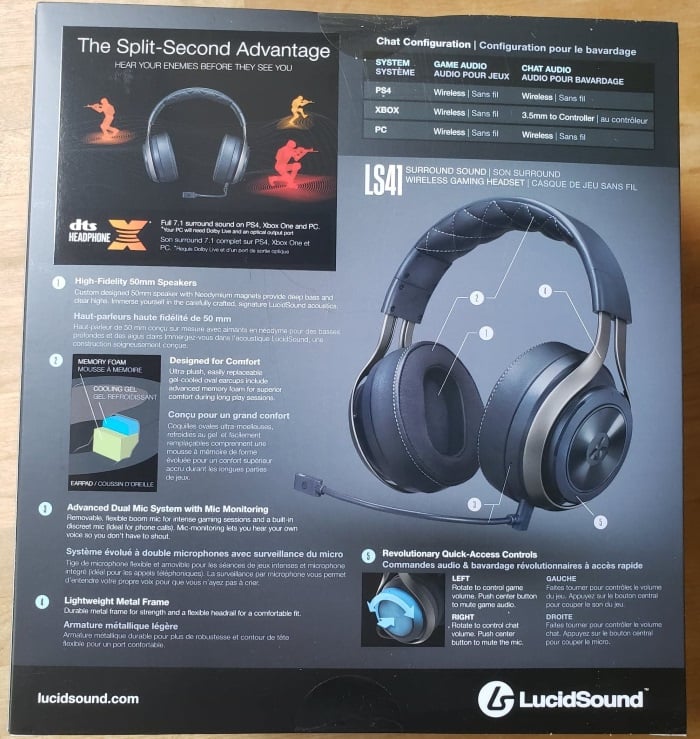 Having had the opportunity to use the LS41 for the past 3 weeks, I’ve decided that it is absolutely going to be my go-to headset for the foreseeable future. The LS41 is a great headset; not just for gaming but for everyday general use. The design isn’t outrageous and looks great, the audio quality is fantastic, and I love the dials and buttons on the earcups. My only disappointment is that they aren’t Bluetooth compatible and there’s an extra hoop to jump through to use them on the Xbox One. However, if you game primarily on the PC or PlayStation 4, I cannot recommend these headphones enough. 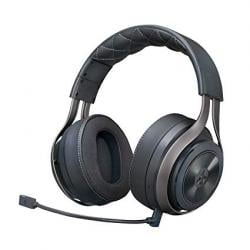