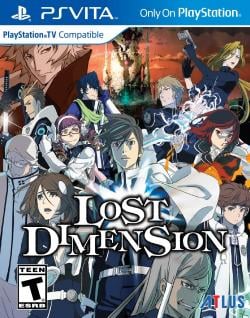 This is a weird one. It looks a lot like Persona but it also has elements from Danganronpa. Looking into this game's writer's history, he seems to have done work on the Persona 3 movies and the first Persona 4 anime, Persona 4: The Animation. Very interesting!
Lost Dimension is a tactical role-playing game that puts players in the shoes of 18 year-old Sho Kasugai, a member of an organization known as S.E.A.L.E.D tasked with defeating the man known as "The End", who wants to destroy the world.

The Beginning of The End!

In the near future, the world is in ruins and chaos, a giant mysterious pillar comes forth out of nowhere! The United Nations puts all of their efforts into forming the special service group known as S.E.A.L.E.D, who are tasked with investigating this pillar. 18-year-old Sho Kasugai is a member of S.E.A.L.E.D. and possess a special ability known as "Vision", which gives him the ability to see events before they even occur and prevent certain future events from happening. He is not alone in this quest, each of the other 10 S.E.A.L.E.D members also possess their own unique psychic abilities that assist them in their quest to defeat the mysterious international terrorist known as "The End", who resides at the top of the pillar. The End has launched nuclear missiles against many different nations and plans to launch a second attack if he is not stopped.  However, that's not all. The group must also worry about a possible traitor hiding in their ranks sent by The End. If they do not defeat The End, the world will forever be destroyed!

Fight Until The End!

The core gameplay of Lost Dimension is comparable to the gameplay style found in another title, Valkyria Chronicles. Each of the six selected members has their own turn to act. During their turn, they can move freely in a given range and afterwards are given five commands, "Attack", "Gift", "Defer", "Item", and "Wait". While Attack, Item, and Wait are pretty much standard JRPG commands, Gifts and Defer are both something Lost Dimension brings to the table (Although not really innovative). 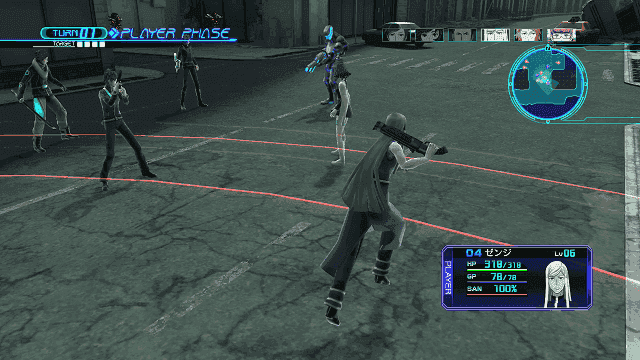 Each character has a unique "Gift" special ability. Depending on that character, they can use a number of different abilities to fight. Gift Exp. is earned through battles and can be used to gain even more abilities or level up previously obtained abilities. The "Defer" feature gives players a chance to counterattack their enemies. Defer allows the player to pass up their turn to an ally; this can be used to allow the strongest party member to continue to attack, and take advantage of the characters' strengths and weaknesses. There is also an "Assist" feature that allows allies next to the player's character to jump in and get an extra attack on the enemy after the player's turn has ended. Doing this greatly boosts the characters trust. 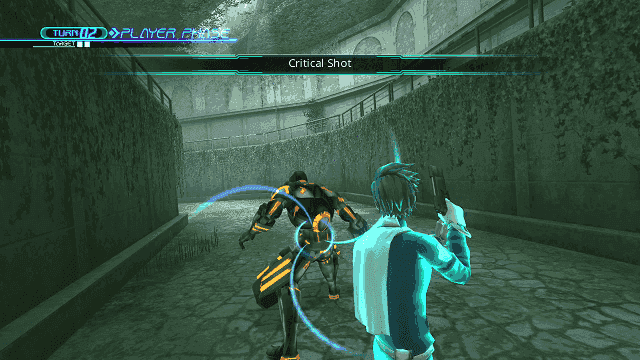 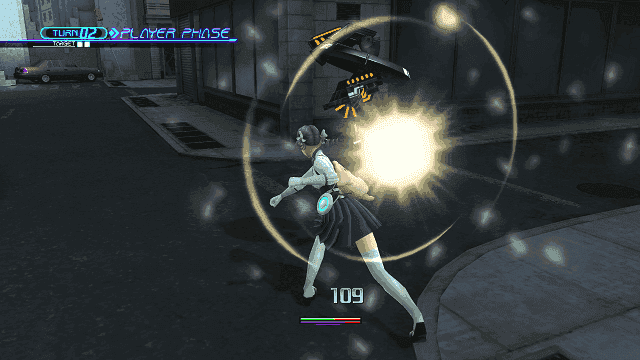 Throughout the game, the player will need to search for the traitor among the group. Not every playthrough is the same, there is a different traitor in each playthrough. To pick out the traitor, players will need to go through the "Judgement" phase of the game. Similar to another title, Trigger Happy Havoc: Danganronpa, during this phase, the player has to pick out a character to be eliminated from the group and once that character is eliminated, they can no longer be used in battle. However, there is a chance that the player may slip up and choose an innocent character to be killed. Using the protagonist's Sho Kasugai's "Vision" ability, players can look into the future to obtain hints on the traitor's identity. This happens after every mission so it's best to pay attention to the character's words in Sho's head. The player can also look into the thoughts of the different characters, as well as question them using "Vision Points" gained during battles.

The End of the Story

The plot has potential to be interesting but ends up falling flat. The main storyline is extremely simple, The End wants to end the world and it's up to 11 heroes to save the world with their psychic abilities. Both the characters and the story suffer from the lack of depth which is disheartening because again, they both have the potential to be really interesting. Remember how the conversations with each of the characters outside of battles help shape the playthrough? Well, they are amazingly short and aren't really expanded on. A character may introduce something about themselves but that's just it, afterwards, that character will go on about how crazy their situation is, how they shouldn't trust anyone around them, or the "pillar". It's nothing like the "social link" system found in Persona 3 and Persona 4 which is really disappointing. The world is made out to be a really boring place thanks to the dialogue found in-game, and the worst part, it continues like this until the end of the game.

Lost Dimension brings a lot of interesting ideas to the table such as "Defer", "Gifts", searching for the traitor, and the unique playthroughs. But is that enough? There is much more that the game can improve on, such as the story, better character interactions, and minor technical problems such as the lag during cutscenes and gameplay. Overall, I think Lost Dimension is a good game but far from being perfect. A shame because it has many similarities to the Persona series and Danganronpa series, both being two of my all time favorite gaming series. Maybe next time! 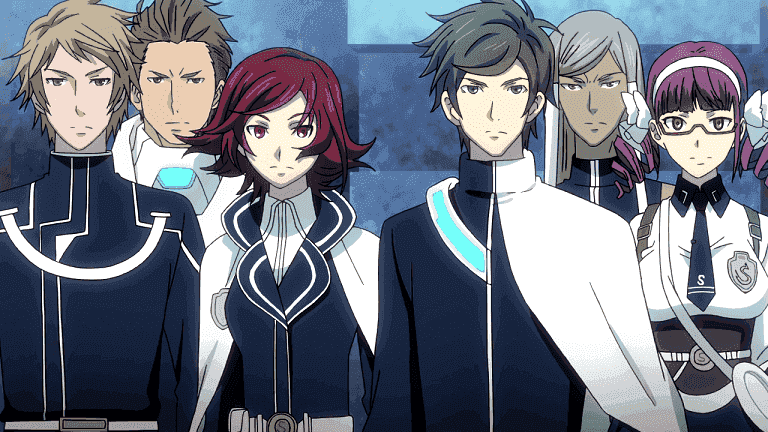