Logitech continues to refine their MX Master Mouse series, with the third iteration. Could this be the perfect mouse for productivity?

The computer mouse has been the standard companion to a keyboard, and the main method of input for PCs for as long as most of us have been alive. It's a difficult product to reimagine or revolutionize, and while touchscreens continue to rise in popularity, especially on portable computers, like laptops, or tablets, many will always prefer the precision of a mouse. That's what makes Logitech's MX Master series of mice so interesting. They take the concept of a computer mouse, yet tweak it in various ways, changing the classic oval shape to be more ergonomic, adding an extra scroll wheel for more function, and overall improving upon just what a mouse can do, for all your daily uses and tasks.

As far as mice go, I've always gone for bargain bin generic, or ultra-flashy RGB gaming mice. That made the MX Master 3 look all the more unique to me, when I freed it from its packaging. It has a very interesting design, with rounded curves going every which way asymmetrically, being created specifically with right-handed mouse users in mind. Your hand will rest at a bit of a slant, while the generous amount of space on the left is meant for a thumb-rest. This isn't done just for the sake of an odd appearance--all those slopes and curves combine to make for one of the most comfortable computer mice ever. Even after countless hours of use, I was never fatigued when using the MX Master 3, as you're never really gripping it as you would with a normal mouse; you're letting your hand fall atop it, and the normal stress on your wrist is removed since it's held at an elevated angle. Not only is it comfortable, but it just comes across as a more natural position to hold. 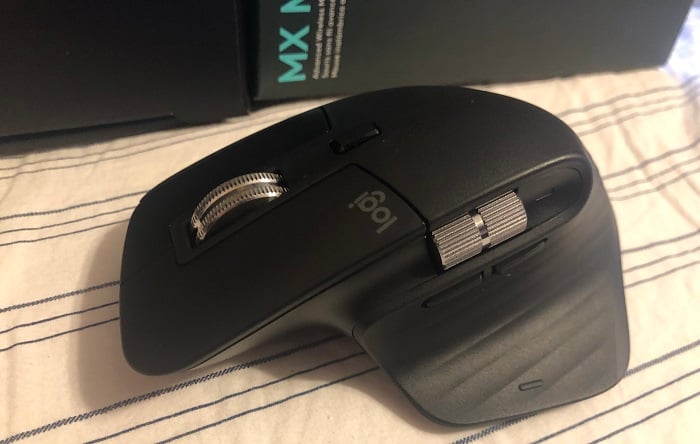 Despite looking almost identical to its two predecessors upon first glance, the MX Master 3 makes numerous improvements over past iterations, which you'll be made aware of the moment you use it. The most noticeable change is the new scroll wheel, which is made from steel, adding a nice silver accent to the black mouse. Dubbed the "MagSpeed Wheel", it allows you to scroll fast, ridiculously fast, even, with claims that it can zoom past 1000 lines in a second. Pages upon pages of essays, articles, excel sheets, anything, can be blazed through near-instantly with a single flick of the infinite scroll wheel. This is due in part to the indomitable power of magnets, giving the wheel the ability to spin so smoothly. I found this to be especially useful on many websites, GBAtemp included, as I could get to the top or bottom of a page effortlessly. The scroll wheel is fantastic, and extremely satisfying to use, thanks to finer details, like the ever-so-quiet "whirr" you get when scrolling as fast as possible, the pleasing "click" of the wheel when it stops, and the texture of the cold metal, which makes the whole thing seem premium. There are two different scroll modes, that can be toggled with the switch on top of the mouse, between the right and left buttons. There's the classic "ratcheted" scroll, which has tactile feedback as you roll it, or the smooth scroll, which allows you to powerfully spin the wheel up and down. Both are nice to use, though I found myself preferring the former, just for the solid bump when scrolling line-by-line.

On the MX Master 3, there is not only one scroll wheel, but a second, horizontal one, conveniently placed in the crook above the thumb-rest. By default, it scrolls webpages left and right--a rather lackluster feature, in all honesty, as I found a minimal amount of situations that required horizontal scrolling. Below the wheel is another two buttons, for back/forward, along with a gesture button located at the very base of the thumb-rest, which was a quick-access key for Window's Task View. None of the functions of these keys felt useful at all out of the box, but once I downloaded Logitech's Options application, that changed drastically. Though I am loathed to be forced to use software in order to get the most out of my hardware, Logitech Options didn't take up many resources, actually worked well, had a wealth of customizations, and was stable.

Every button and scroll wheel on the MX Master 3 can be remapped to multiple functions, letting you create your own bindings based on usage. Where the software really shines, however, is in the per-application settings. Some of the most popular programs, such as Google Chrome, Photoshop, Microsoft Office, etc, all have pre-made profiles that make the most of the MX Master 3. For instance, in Chrome, using the horizontal scroll wheel will switch through your tabs, rather than scroll horizontally, while in Final Cut Pro, the back and forward buttons act as undo and redo. I found the default settings of these profiles to work fantastically well, though if you dislike it, or want to make a custom profile for a specific application, you can do so, too. Logitech's software complements the mouse perfectly, and it really grants you a lot of freedom to play around with, and help make certain tasks a little easier. 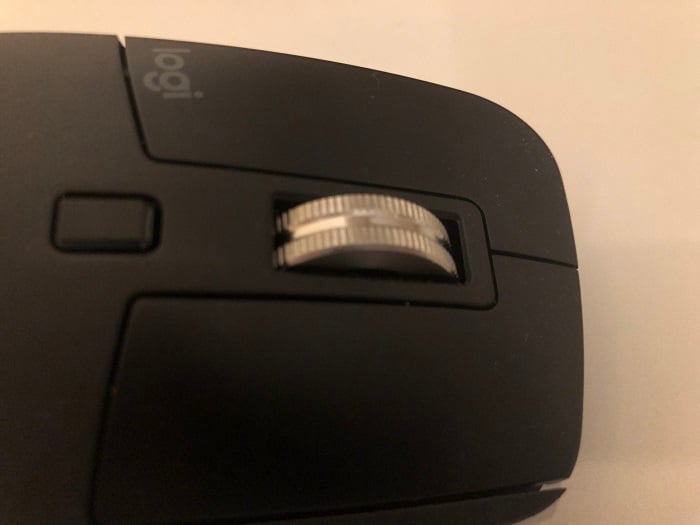 If that wasn't enough, this mouse has another groundbreaking feature due to software. Within Options is something called Logitech Flow. You can connect the MX Master 3 to up to three different devices, whether that's an iPad, a Windows PC, or a MacBook, through the included Logitech Unifying Reciever. It gets better, though, because Logitech Flow not only allows you to seamlessly switch between computers, but it also lets you copy images, your clipboard, or small files by simply copying on one device, and pasting on another. Being able to do this is such a simple timesaver, yet downright impressive, just adding another notch onto the expansive list of things that the MX Master 3 can do.

One of the biggest annoyances with wireless mice is the tendency for them to be out of battery, right when you need them the most. Regardless if it's powered by AA batteries, or you can charge them, it still becomes an inconvenience, especially when you're using them on a daily basis. The MX 3 nullifies any of these complaints about battery, as it can last up to 70 days of regular use when fully charged. Even better, is that simply plugging it in for a single minute will net you 3 hours of charge, which can be incredibly useful in dire situations. 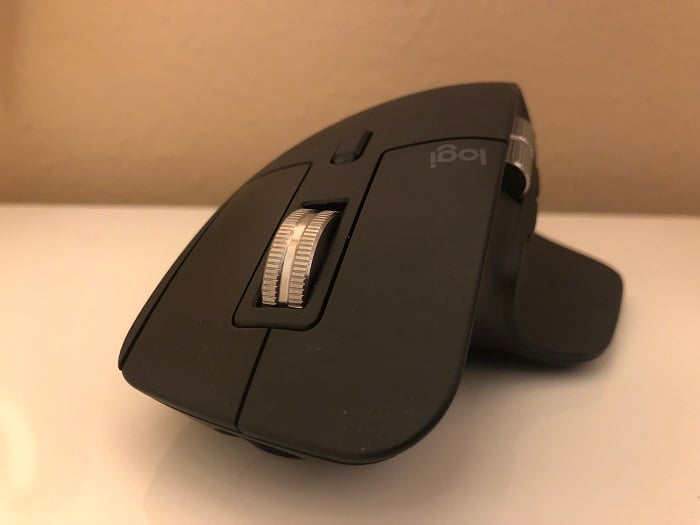 I cannot stress just how amazing the MX Master 3 is; every click and scroll I do on this mouse has such a weight to it, and everything about the mouse feels lovely. It's not overwhelming in the number of buttons it has, keeping things simple, yet varied enough to make an impactful difference in how you use your computer, and go about your daily tasks. Unless you need to be doing some serious gaming or are the sort of person who uses their mouse in their left hand, the Logitech MX Master Mouse 3 is quite possibly the best you could get for all your needs. It carries a fairly hefty price tag ($99.99), but considering what it brings to the table--ridiculously good battery life, significant comfort, multiple connections for maximum productivity, and the supreme scroll wheel to end all scroll wheels--you definitely get your money's worth. 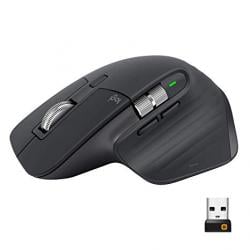