Can a tilting trackball mouse really be the most ergonomic option? Logitech seems to think so, with the MX Ergo mouse.

When it comes to gaming mice, there are some ridiculous looking ones on the market. And though the Logitech MX Ergo isn't a gaming mouse, it certainly stands out with its unique appearance. It looks slightly similar to Logitech's other series, the MX Master, with the way the top of the mouse slopes downward, but what sets the Ergo apart is the trackball situated where your thumb would normally rest. Is it a gimmick, or are trackball mice worth your time?

In the past, Logitech has released a variety of ergonomic mice that better support your wrist throughout hours of sitting at your computer. The most notable of their exploits is likely the MX Master Mouse, which is a traditional mouse for the most part, just with a very slightly tilted grip so that your hand grasps it more naturally from the side, rather than the top. They ended up taking the concept further with the introduction of the MX Vertical, in which the mouse is designed to only be gripped, as the name implies, vertically. Now, we have a refresh to the Logitech MX Ergo, which takes the tilted ergonomic grip from the MX Master, but combines it with a trackball so your wrist never needs to move. 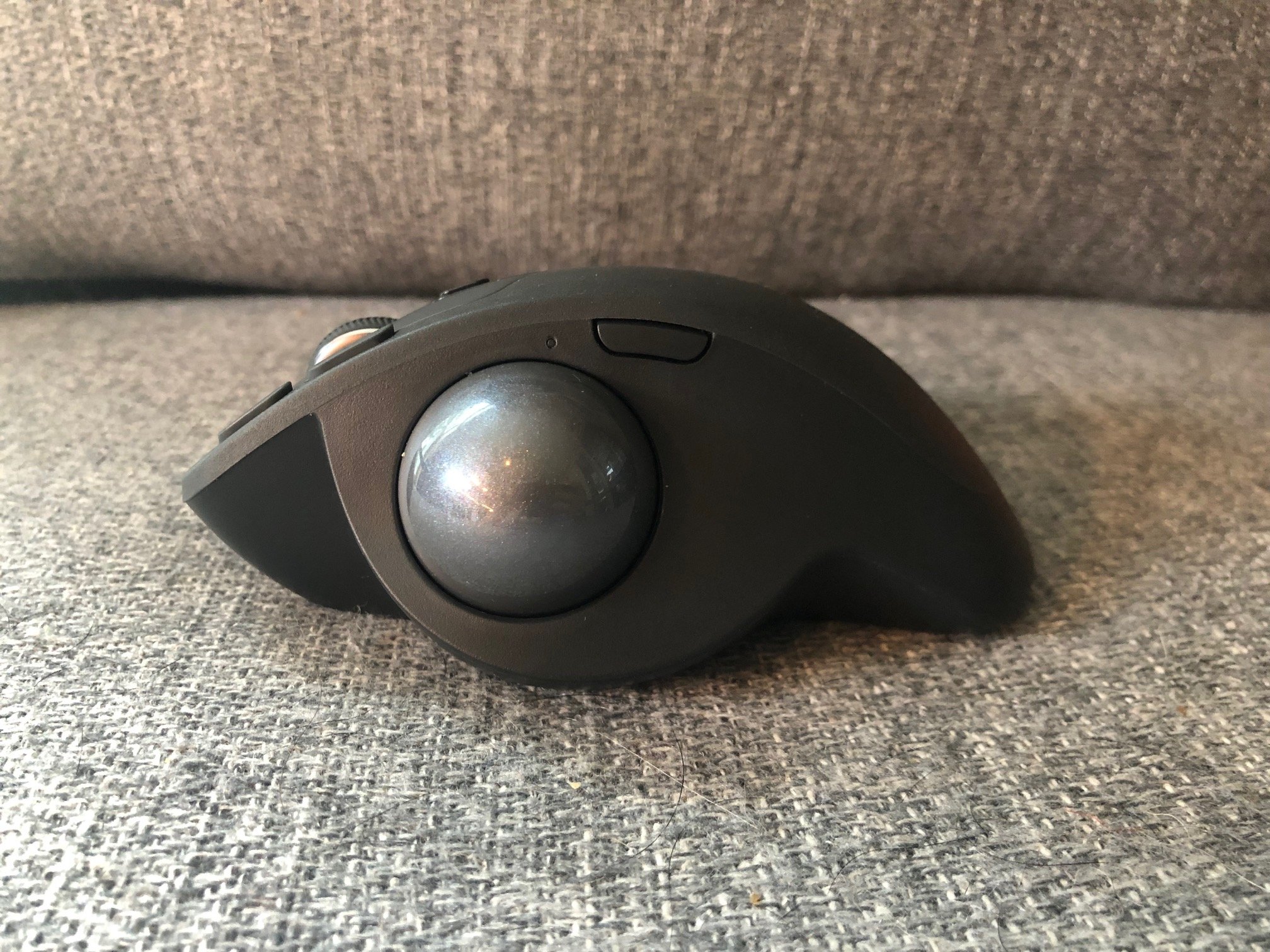 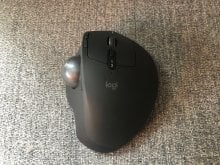 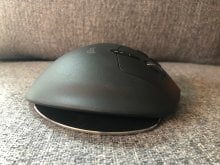 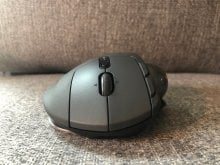 Since you won't be sliding the mouse around to move your cursor, the MX Ergo is actually pretty hefty at 9oz/259g. That's due in part to the solid metal base that keeps the mouse from sliding around, and also allows you to tilt the mouse for whichever grip you prefer. The entirety of the mouse is constructed nicely, from the soft matte coating, to the incredibly clicky buttons; it's all very premium. It feels like a high-end office product, which it technically is, given its $99.99 price tag.

Coming from the MX Master 3, it's lamentable that the MX Ergo doesn't have as good of a scroll wheel. It's still nice, with its rubbery grippy texture, and the ratcheted roll of the wheel is satisfying, but it hardly compares to the metal infinite scroll wheel found on the Master 3. If you're coming from that ergonomic mouse to this one, you'll almost certainly notice the downgrade, but you eventually get used to it.

Much like other Logitech mice, the MX Ergo can get some impressive results when it comes to battery life. According to the fact sheet, you'll get a whopping four months of regular use out of a single charge. Plugging it in, even for a minute, will net you an entire day's worth of charge, meaning you get all the benefits of a wireless mouse, without any of the charging-related drawbacks. Though the 4-month battery life wasn't able to be fully tested, the MX Ergo managed a full month of use without being charged, right out of the box. 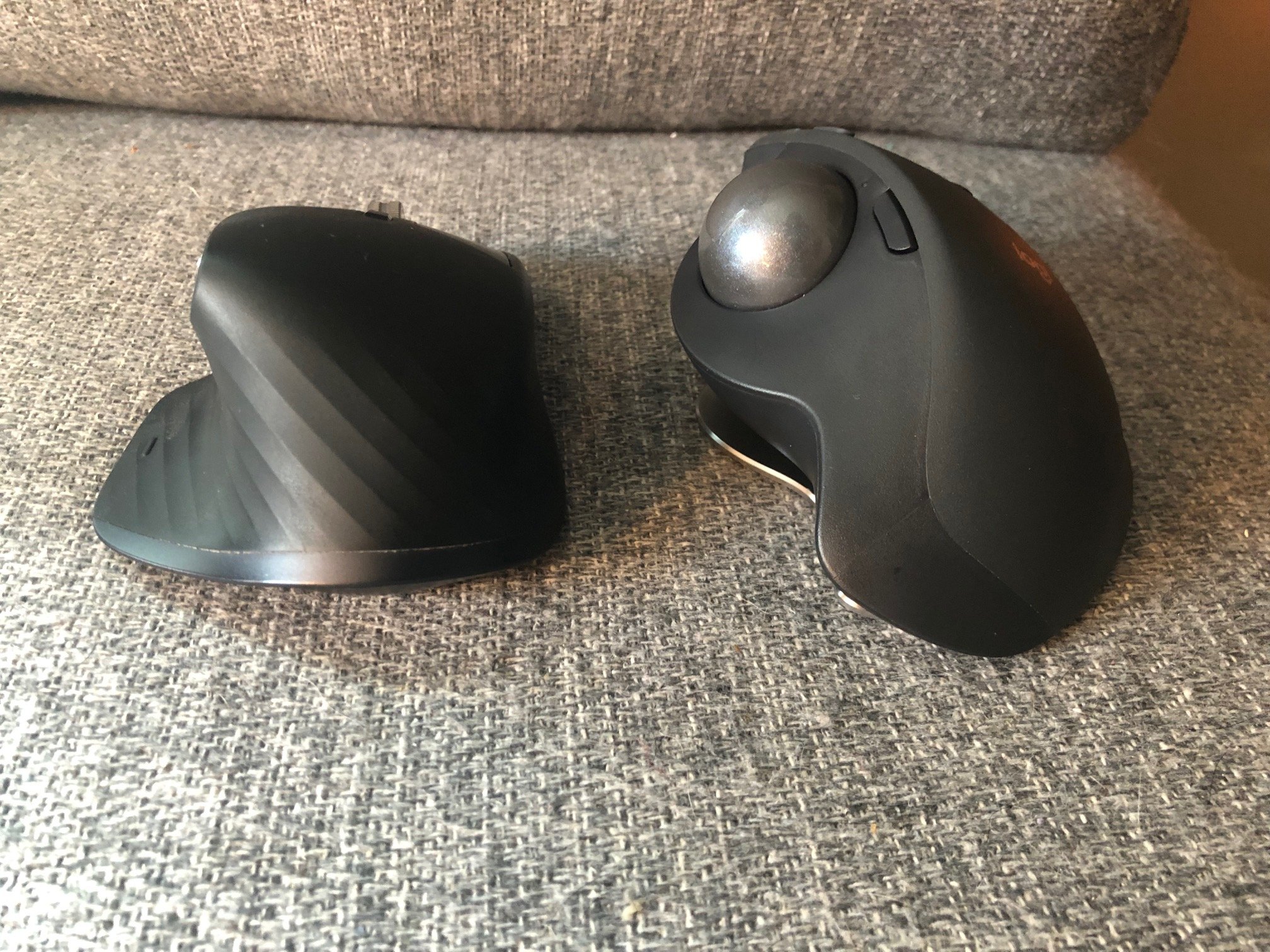 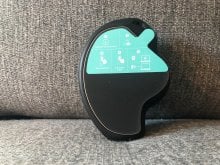 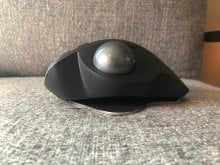 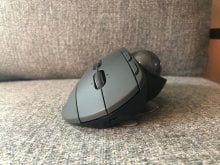 Using your thumb to move the mouse cursor is quite odd at first, though the more you use it, the more natural it begins to feel. Maneuvering the trackball can still feel imprecise even once you've gotten accustomed to it, but it's only noticeable when you're trying to be very specific with your selection. Otherwise, having a mouse that doesn't require moving my wrist is perhaps one of the most interesting and comfortable changes I've made to my desk setup. You might not want to use it for gaming, of course (unless you find some specific use cases), but when it comes to browsing or general computer usage, the ergonomics are unquestionable.

As mentioned previously, the MX Ergo can be adjusted one of two ways: flat, or tilted. The latter will keep your shoulder and wrist in a more natural position, with your right thumb angled upward, and your pinky resting in a notch that slopes downward. After two weeks of using nothing but the MX Ergo, I didn't notice any difference in how my wrist felt, until I went back to the G903 and MX Master 3, and that was when their differences became apparent. Though it was slight, I could feel tension in my wrist after a full day of sitting at my computer and using a gaming mouse. By comparison, doing the exact same with the MX Ergo resulted in absolutely no strain, making it a very appealing choice for those that suffer from wrist pain. 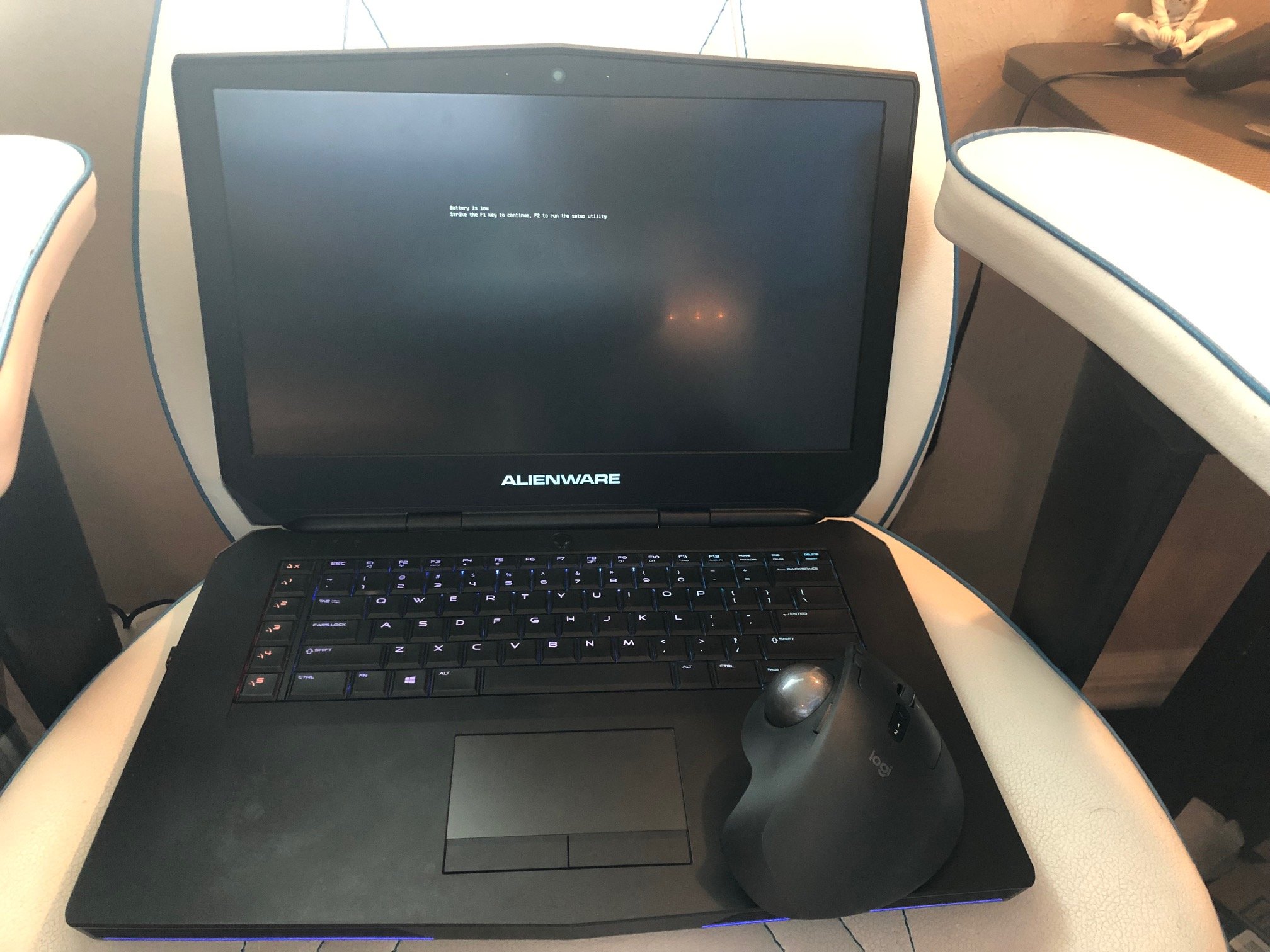 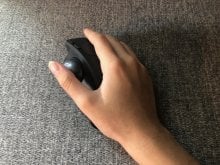 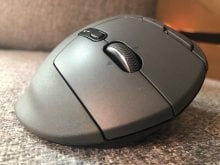 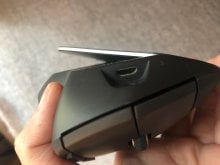 Another reason to consider the MX Ergo isn't just for comfort; I've found that they pair quite nicely with laptops. Usually, one of the worst factors when it comes to laptops, especially notebooks or other very slim devices, is that the trackpad is almost laughably bad. Their mushy right and left buttons are the antitheses of satisfying, and I've always found trackpads to be awkward. Now, the first solution would be to take a mouse, most conveniently a wireless one, and use it in place of any awkward laptop trackpads. However, that never feels quite right either--if you're using a laptop, it's because you want portability or because you're using it, as the name implies, on your lap, which is never ideal for a mouse.

Thus, the solution is a mouse that can rest on the laptop, without requiring any space to move it around. Not only is it incredibly comfortable, but it's a drastic improvement, especially when it comes to cheap or budget laptops.

While the MX Ergo looks odd at first glance, once you give the mouse a chance, you'll begin to question how you ever lived without it. Those that suffer from wrist pain or carpal tunnel should put the MX Ergo at the top of their shopping list. Logitech has proved that trackball mice still have life in 2020, and that, for some, they might even be better than your "normal" mouse. 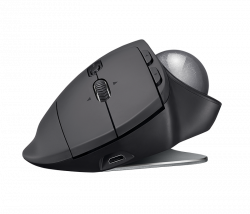