Logitech takes on the lightweight gaming mouse trend, without relying on a hole-punch!

When it comes to gaming mice, I've found that it wouldn't be that outrageous to call Logitech the downright king of them all. Offering up just about every shape and style, they clearly dominate the rest of the gaming mice out there in terms of variety. Their quality comes at a cost, though, with most of their Logitech G series mice retailing well over $100. The Logitech G Pro X Superlight wireless gaming mouse is no exception, priced at $149.99, solidifying itself as one of the most expensive lightweight mice out there, but can it actually be worth its weighty price tag?

As the name implies, the main allure of this mouse is its super light weight; the latest trend in gaming peripherals has moved its focus from slapping RGBs on as many surfaces as possible to trying to create a competitive gaming mouse that feels weightless. At 63 grams/2.2 ounces, it lives up to the title of Superlight, being insanely featherlight and requiring only the barest of wrist movements to move across the desk. It also comes with smooth-gliding PTFE mouse feet, along with some extra replacement ones if you don't like the feel out of the box. Compared to other light mice on the market, the Superlight weighs in at only 3 grams more than, say, Cooler Master's MM711, or four grams lighter than the Glorious Model O, without the annoyance of being tethered to a cord or needing a bungie, either.

If I wanted to, I could rest the tip of my pinky finger on top of the mouse, and I'd still be able to reliably move it around--that's how lightweight the mouse is. I've found myself sliding the mouse and then absentmindedly picking it up ever-so-slightly, just because the whole thing is so light; I didn't even notice that fact until I specifically paid attention to the feel of the mouse for gaming for the sake of this review. 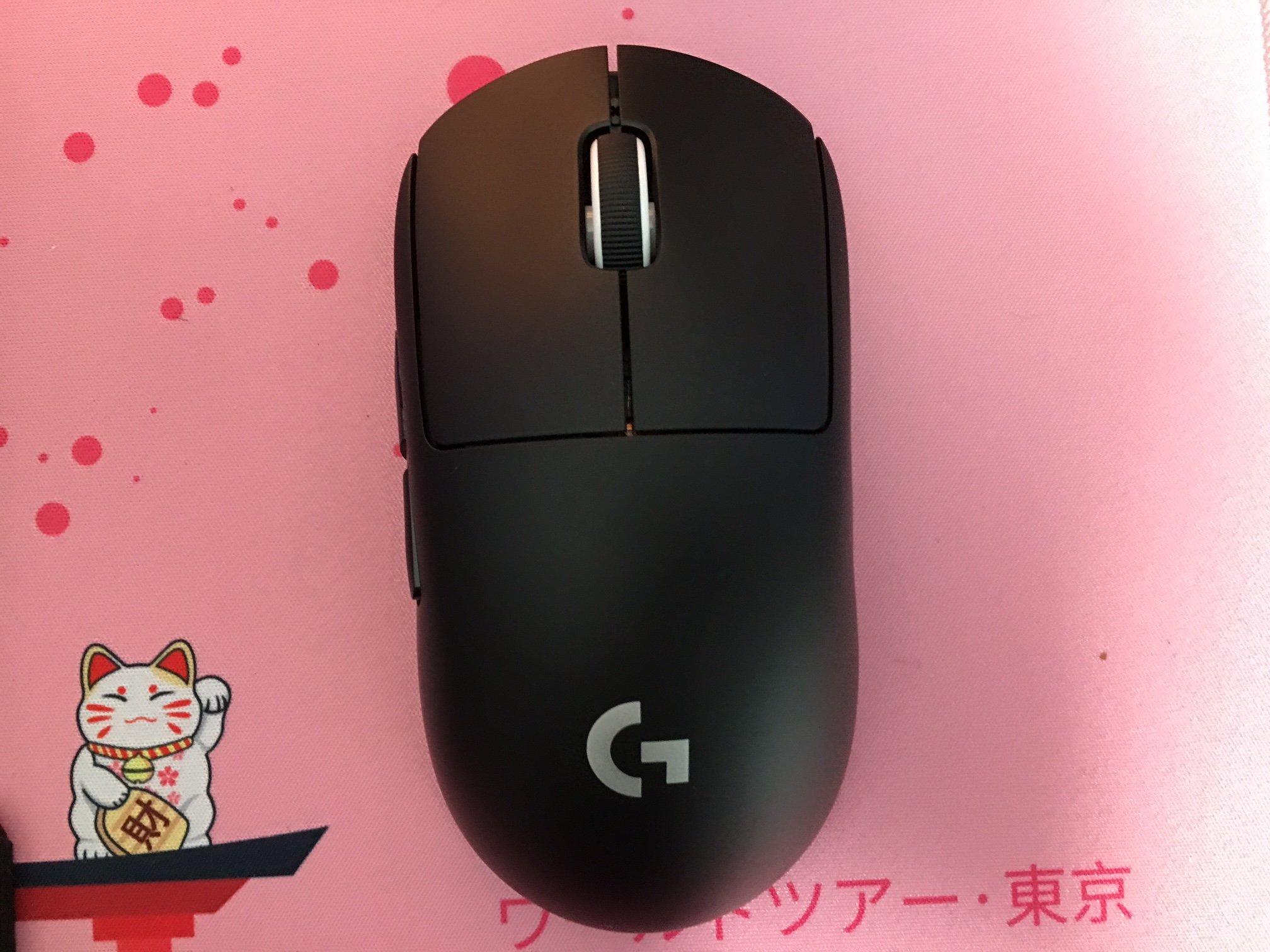 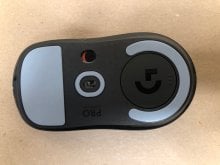 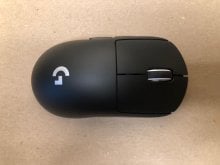 Most companies' takes on the idea involve punching holes into the plastic frame of the mouse, but Logitech's G Pro X Superlight attempts to look more traditional, yet streamlined. The appearance of the device can only be described as minimalistic. Coming in either all-black or all-white, the Superlight is very simple: it has a nice ratcheted scroll wheel, and two side buttons, with a very very slight curved body. It's not the most ergonomic shape for long periods of use, but it's also easy enough to rest your hand upon and flick your wrist move with minimal effort.

Not many compromises have been made in order to achieve this super lightweight form factor, either. Build quality is solid as ever; there's no rattling or loose pieces at all, and even when trying to bend the mouse or press overly roughly, the body doesn't give, nor do any errant clicks register. The matte coating on the outside is smooth to the touch and nice, albeit a massive fingerprint magnet, though it does wipe down without issue. The two main mouse buttons are all clicky and satisfying, and the side buttons are easy to reach without accidentally clicking, though the scroll wheel can feel a little mushy when pressed in. The Superlight also lacks a DPI switch, likely to help make it as weightless as possible, but I never found myself swapping DPI on the fly in the first place. Changing those settings now requires Logitech's G Hub software, which is, fortunately, a program just as lightweight as the mouse.

It wouldn't be a Logitech mouse if it didn't have a HERO sensor, to which the G Pro X Superlight has, in 25K form. Maxing out at 25,600 DPI, the mouse will cover just about any possible need you'd want of it for gaming. The accuracy is on point, giving you ridiculously good aim with ease, though you need skill to make use of it--the mouse itself won't suddenly turn you into a pro gamer. As for how much gaming time you'll get out of the mouse, each charge will net you a full 70 hours of use. That's a pretty impressive statistic, given the fact that the Superlight weighs less than a lot of lightweight wired mice, even with a battery inside. There's also support for the Chargeplay mousepad, and as pricey as it is, the convenience is always lovely. The only real negative is that for some reason, Logitech refuses to let go of Micro-USB. Whether that's because the cord stays plugged in more reliably than USB-C, or they just have millions of Micro-USB cables they need to get rid of, having to keep the charger on standby is an annoyance when everything else has moved onto USB-C. 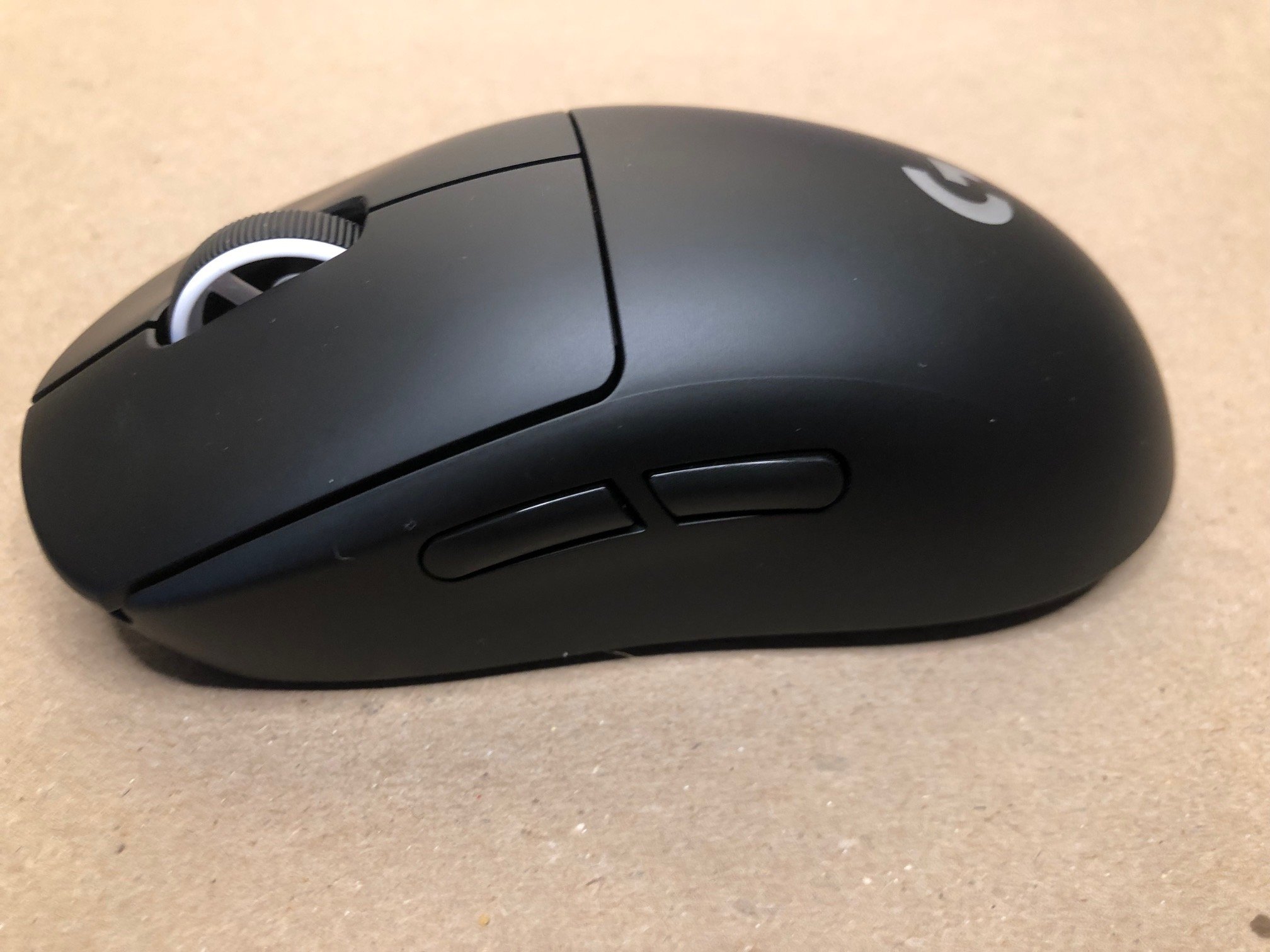 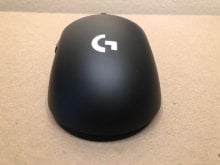 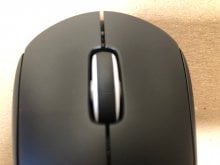 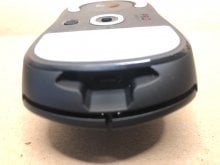 At the end of the day, $149.99 is a lot of money to pay for a mouse, regardless of the features it can provide. However, the end goal is to create a gaming mouse that can be used in competitive circuits while being hands-down one of the lightest mice to ever grace a desk, to which Logitech has unquestionably succeeded. If you want to play your games with the absolute control that a lightweight mouse can provide, all without a cord, then the G Pro X Superlight is one of the best options out there.