With 12 programmable buttons, a built-in joystick, adjustable weights, and two Innovation Awards at CES 2021 under its belt, does the Lexip N93 Alpha really stand out of the over-crowded gaming mouse market?

When Lexip launched their first gaming mouse, the Lexip Pu94, the company went against the flow by delivering a unique product: a gaming mouse with two joysticks. As I pointed out in my review of the Lexip Pu94, this approach is far from being a gimmick and has practical uses, especially for flight simulators.

With their next gaming mouse, the Lexip Np93 Alpha, Lexip went with a more traditional approach by stripping away the second controller while keeping the rest of the Pu94’s features. While the hardware bears resemblance to other gaming mice with a joystick out there, the software tells a different tale. Let’s take a closer look. 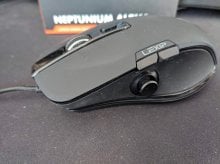 Before diving into the review, you can find the specs of this gaming mouse below:

By the looks alone, the Np93 Alpha looks similar to the Pu94 with its matte black finish and a soft touch. The button positionings are the same, with a thumb stick on the left of the device, two buttons on top of it, and a button behind the scroll wheel; all of which are also individually programmable.

That said, there are some minor, but welcome changes to the design. The mould is a more ergonomic fit for the hands, especially on the sides where the thumb rests. In this area, the thumbstick is easily reachable, more so in comparison to the Pu94 which needs a bit of a reach to use its thumbstick. The right and left mouse clicks are also longer than in the Pu94, making them more easily reachable. Given that it doesn’t pack an internal joystick, it’s also shorter than the Pu94. It has an overall leaner design which enables it to fit neatly in my palm and provides a comfortable experience when in use. I'd definitely say the Np93 Alpha is more comfortable than the Pu94. 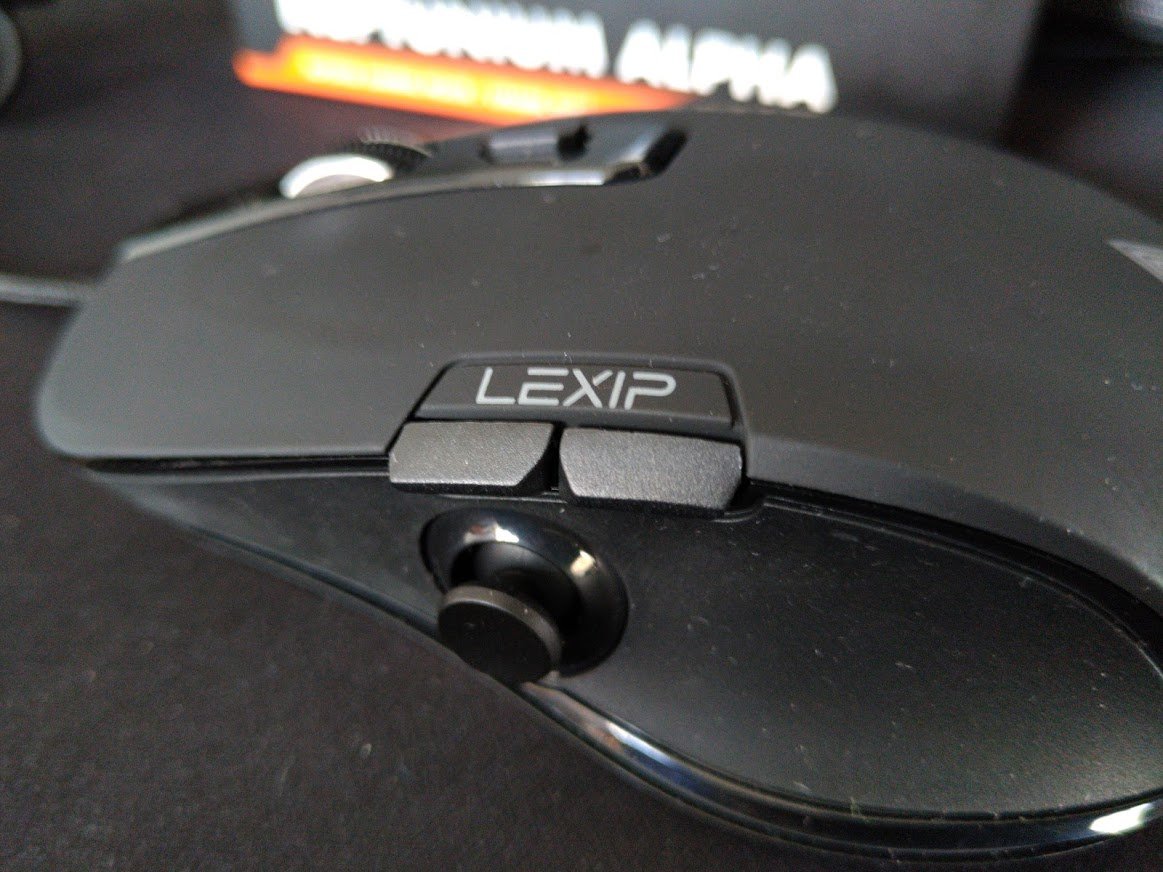 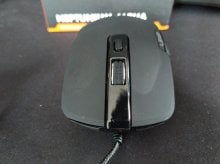 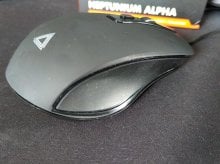 There are additional features to the Np93 Alpha that add to the comfort. Firstly, it packs an adjustable weight system. The device by itself weighs 145g and it has additional weights that can be added in a dedicated slot at the bottom. Included in the package are two separate weights that add 3.6g and 18g to the mouse respectively. The additional heft does help if you need more control over your mouse during gameplay, though I prefer a lighter mouse for general PC use. It's a shame Lexip didn't include more weights in the package to accommodate for different uses and preferences. 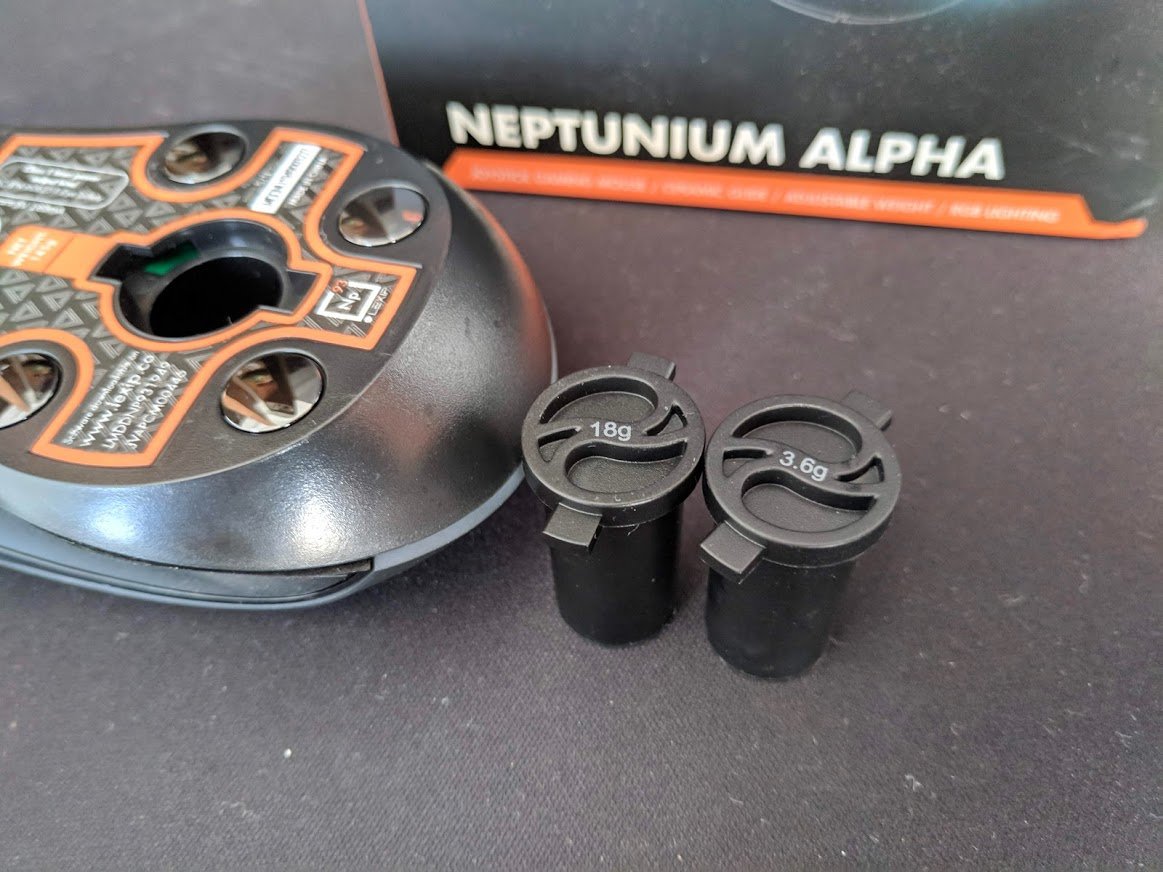 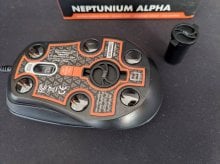 The other aspect that adds to the comfort is the addition of six “ceramic glide feet”. Those were also included in the Pu94 and Lexip says that they are “ultra-durable”, lasting for over 1500km of desk travel. This ceramic base is also said to reduce friction and missed clicks by 40%. I initially didn’t find any noticeable difference when using the Np93 Alpha on a regular mousepad, but when used on Lexip’s own mousepad, the B5 hard mousepad, I instantly felt the difference. On this 250x350x4mm hard mousepad, the Np93 Alpha really glides on the surface, rather than dragging along it, and it’s where the company tested the mouse to make its claims about durability and friction.

Regarding the mousepad, it’s of a sturdy build with a micro-textured finish for better control. And since it’s a gaming mousepad, it has, of course, RGB lighting on the edges and logo, with three lighting modes (single colour, breath LED, and running LED). The lighting effects activate via a USB connection and you can swap by tapping on the top part. But since it’s a hard mousepad, you can’t roll it for easy storage, and I also found it to be less comfortable for my wrists than a soft pad. 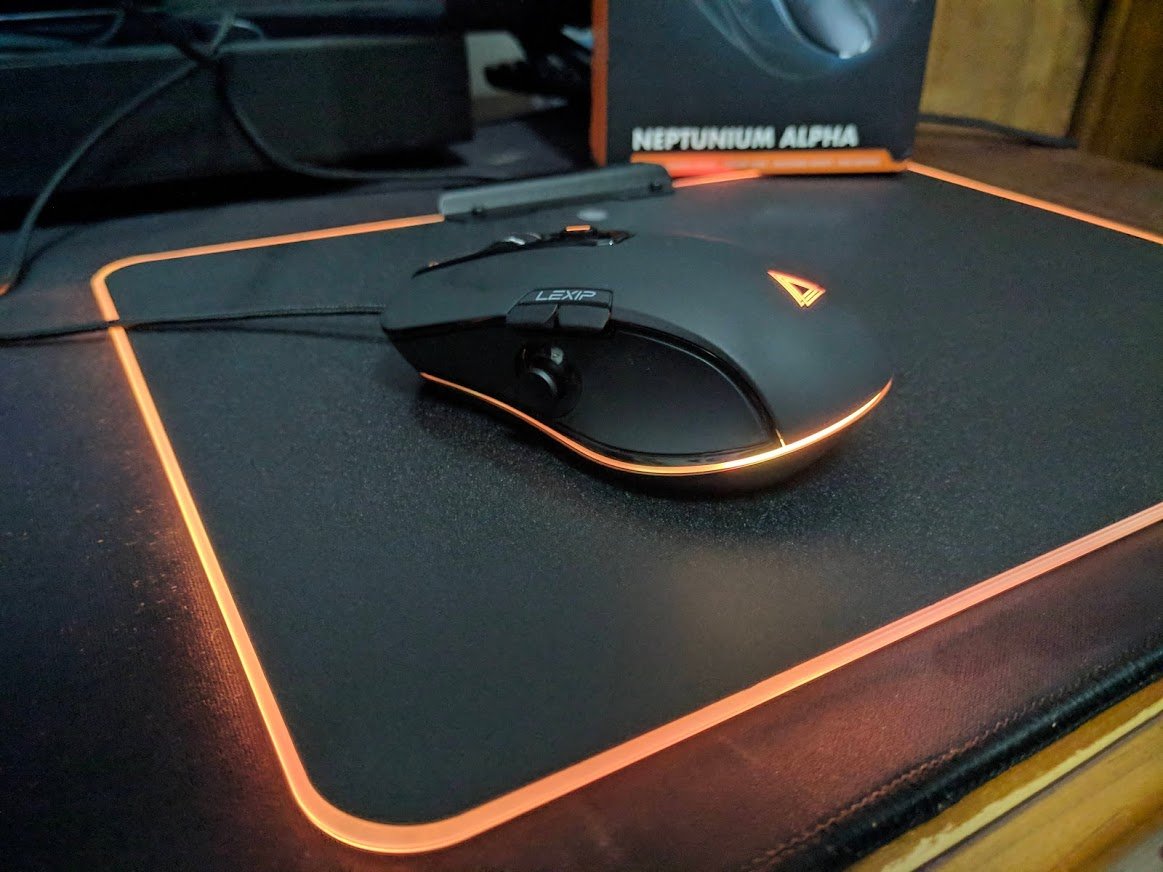 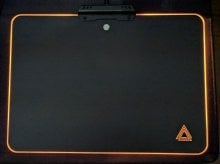 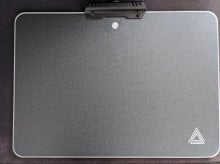 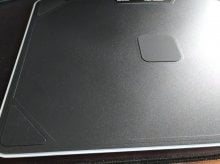 On the design side of the Np93 Alpha, I am particularly drawn to its minimal aspect. Save for the thumb joystick, there’s nothing particularly obnoxiously gamer about it. The RGB lighting is discrete, with the only illuminated parts being a thin strip around the base of the mouse, the Lexip logo, and the button behind the mouse. You can also switch the lighting off with the companion app, although I wish there was a toggle on the device itself to perform this action. 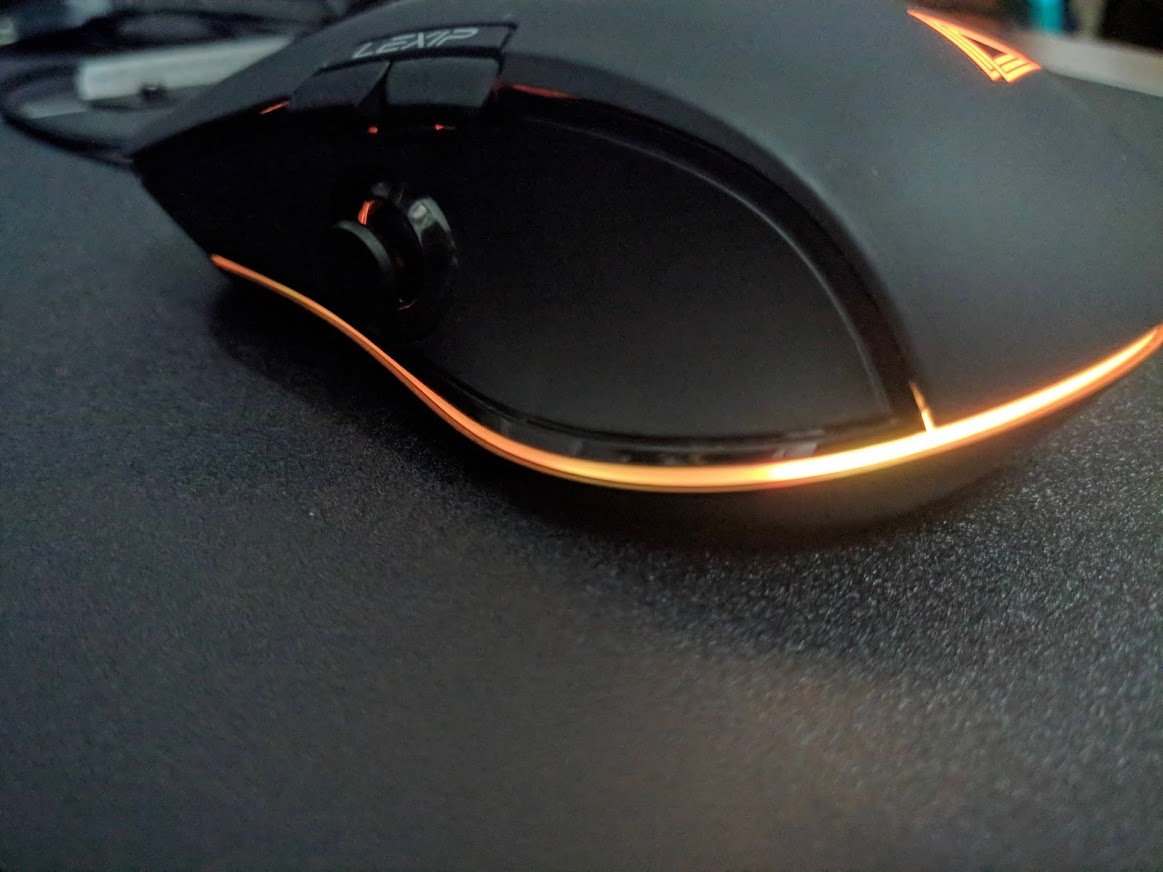 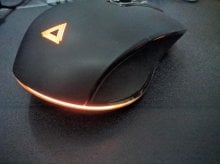 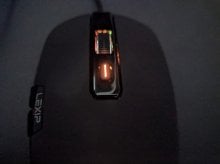 Now when gaming, the Np93 Alpha performs as expected. Each button is responsive and gliding the mouse over the B5 mousepad offers a nice feedback with snappy actions. I’ve used it with Cyberpunk 2077, which is the game I’ve been playing the last few weeks, and had no issues whatsoever. Thanks to its 12 programmable buttons, I’m able to aim, move, shoot, reload, scan, and talk to NPCs from the mouse alone. It practically enables a “single handed” gameplay, with less reliance on the keyboard.

To really get the most out of the Lexip Np93 Alpha though, the Lexip Control Panel app is a must. This Windows-only companion app lets you configure the mouse from its RGB lighting to the buttons, and even the thumbstick. Indeed, the latter isn’t just to control your character but can be mapped to practically any keyboard keys, with each direction (up/down/left/right) mappable to a single key or combination of keys. I am in favour of this feature over having a multitude of tiny keys on the mouse which aren’t reachable nor ergonomic. The inclusion of a programmable joystick adds to the minimalist design while doubling as a very capable feature.

Similarly, the companion app allows you to map all the other buttons, including the right/left mouse buttons and scroll wheel, to any keyboard key or a combination of keys (yes, even scroll up, down and wheel click). As such, you don’t have to be limited to their traditional functions, and while their new assigned keys will take some getting used to, having all buttons on the mouse remappable makes it more versatile whether it’s for a specific game or computer program. Indeed, you can create, save, and profile on the app for specific programs installed on your PC. Moreover, the companion app further allows you to choose whether a key press should be unique, progressive, or held. The programmable options through the app really boost the potential of the Np93 Alpha. 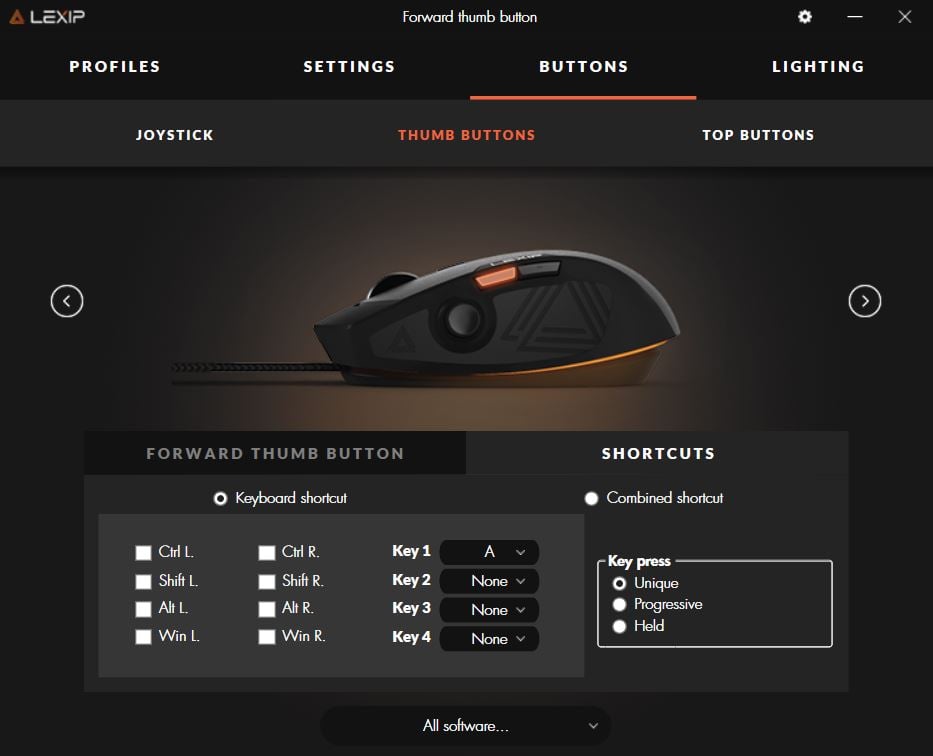 Unfortunately, there's no kind of onboard memory whatsoever on this mouse, just like with the Pu94. This means when swapping computers, you will need to download the app and reconfigure the keys to your liking, as no mappings done prior or profiles created will be stored. This is the major downside of this gaming mouse that I found, but if you will use it on only one PC, then the lack of on-board memory shouldn’t be a problem. Another issue is that the Lexip Control Panel app is only available for Windows. If you are gaming on another OS, you’ll need to go through additional hoops to get it to work; and you would want it to work to make the most out of this gaming mouse.

At a current price of $50, the Lexip Np93 Alpha isn’t exactly cheap. However, the build quality and functionality that you would expect from a device at that price point are there. It’s a worthy addition to Lexip’s growing line of gaming mice and if you are on the market looking for one that offers great versatility, the Lexip Np93 Alpha won’t disappoint. 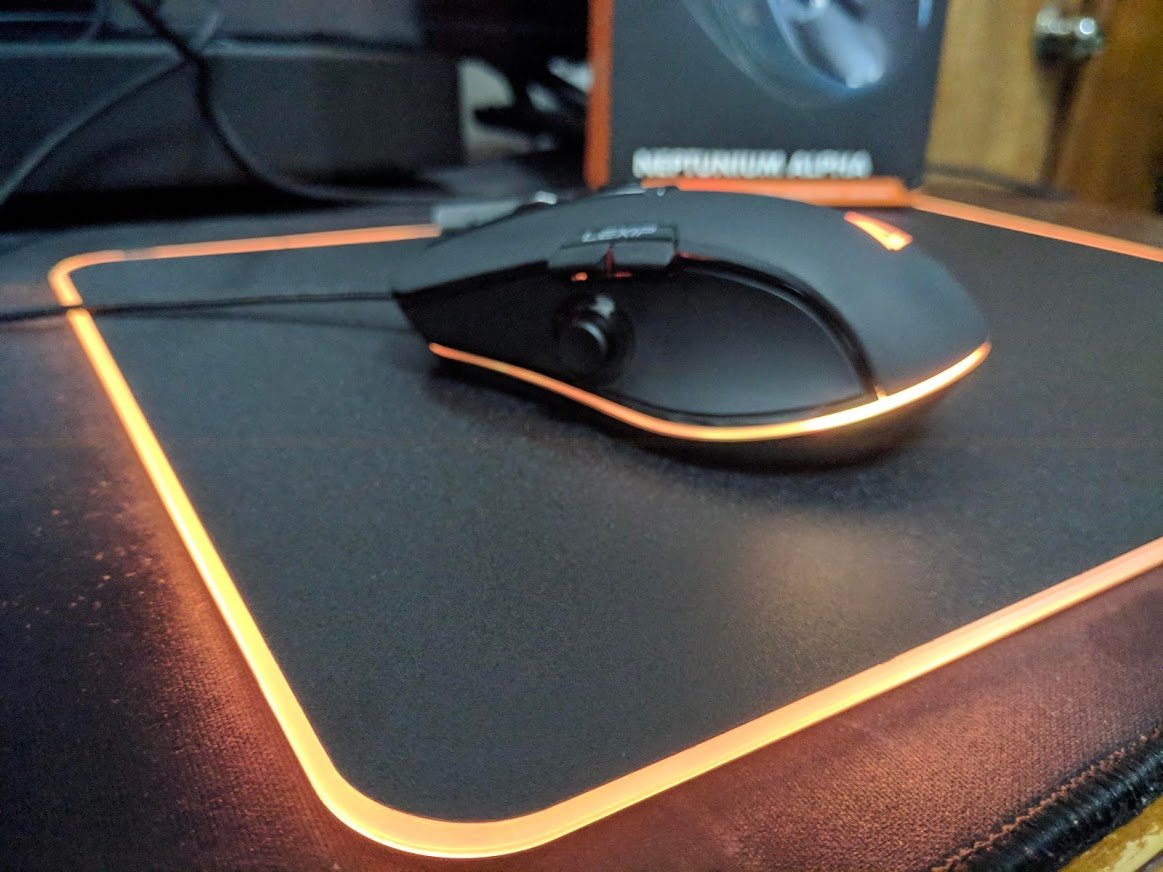 Following the publication of this review, Lexip wanted to highlight that while profiles cannot be stored on the mouse memory, it is possible to export and import the profiles quite easily from one PC to another via the Lexip Control Software. Below are the steps to do so:

Additionally, they wanted to point out that to their knowledge, none of the mice sold around €50 include more than 2 weights (if they even feature interchangeable weights to begin with).

This update did not change the score nor content of the review in any way save for Lexip's comments above.