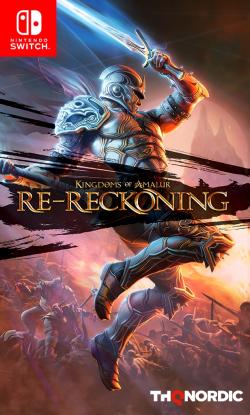 Defy destiny and fate in Kingdoms of Amalur: Re-Reckoning on the Nintendo Switch.

Remastered by developers Kaiko and published by THQ Nordic, Kingdoms of Amalur: Re-Reckoning takes you to the Faelands, a land in turmoil and the verge of collapse, as the Fateless One in this Action-RPG. Originally released in 2012, was this game worth bringing back to life or is its fate worse than death?

Destiny, who needs it?

The Faelands, home to immortal Fae of the Summer and Winter courts, has been in the midst of a war for 10 years. The Tuatha Deohn, Winter Fae led by King Gadflow, seek to wipe the mortal races that have settled the Faelands and kingdoms beyond its borders in the name of their new god. With immortality and the tide of battle in their favor, it seems they are fated to succeed in their conquest. You, a mortal are bound by destiny as well, having met your end and joining the ranks of the dead. At least that is how it should have been. Under a mount of the dead, you stir and open your eyes, with no memories of your life before death. Naturally confused as to what happened and where you are, you learn quickly that you were killed, but not how or why. You were brought to the Well of Souls, an experiment in returning a mortal to life, being the first and only success. No sooner do the Tuatha attack the Well of Souls, forcing you to escape and seek out a Fateweaver named Agarth, who fills you in quickly on the state of the war. However, when he attempts to read your fate, there is nothing to read. Your death and rebirth have removed you from Fate’s Weave and are free to make your own choices and change the fate of all you encounter. You set forth as the Fateless One, journeying into the Faelands to learn the mysteries of your past life and perhaps even change the fate of the world.

I absolutely love the story of Re-Reckoning. High fantasy can be very hit and miss, often falling into generic cliches and tropes, which admittedly there is a fair amount here. Even so, the flow of the story feels great and the Faelands have so much history and lore to discover. Characters you meet along your adventure, both friend and foe, have rich backstories and personalities, giving it that much more life. While you are given freedom in how you interact and approach things, the story itself is pretty linear, and not as open ended as say the Elder Scrolls. 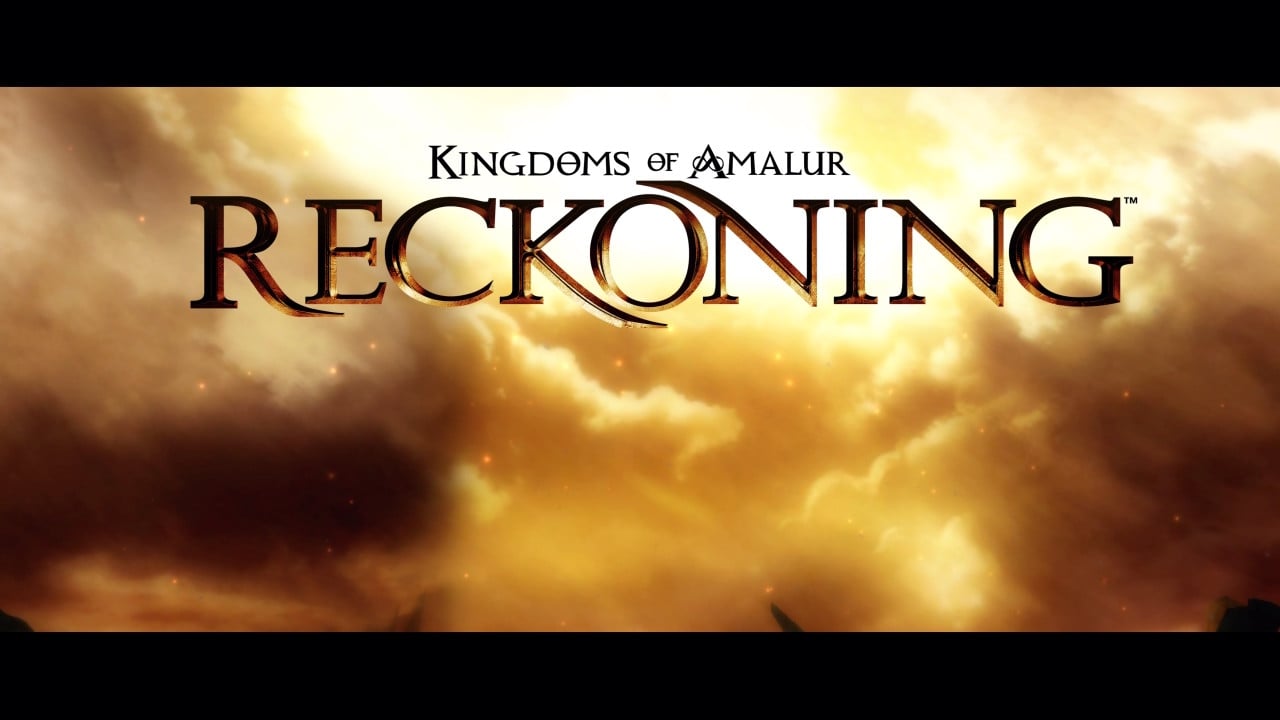 As the Fateless One is free to do and be whoever you so choose, Re-Reckoning gives you plenty of options and choices to define yourself. As they cart your corpse from the Well of Souls in the beginning, you start with character creation and have four races to choose from; the human races of the Almain and Varani and the elvish Dokkalfar and Ljosalfar. Each race starts with a few passive skills tagged. The remainder of your creation picking a patron and appearance, using the sliders to pick from various options. But it isn’t until you level up that you see the depth and freedom you have. Each level increase rewards one passive skill point and three for combat skills. Your passive skills range from Blacksmithing and Alchemy to Detect Hidden, Persuasion and Stealth. Blacksmithing is used to repair armor and weapons, as well as crafting them. Alchemy is used for gathering reagents and potion creation, while Sagecraft is used to make magic gems which can be socketed into equipment for increased stats and buffs. If you want better prices, invest in your Mercantile skill, or Dispeling to remove curses from chests easier. Your combat skills are divided into Might, Finesse and Sorcery, each with its own skill tree and unique abilities. There is a lot to play around with and near endless combinations. Want to be an arcane knight? Invest in Might and Sorcery. And should be less than pleased with how you have turned out, find a Fateweaver and you can receive all used skill points and start anew.

Gameplay in Re-Reckoning is fairly straightforward. You travel across the Faelands, which is divided into five distinct regions, encountering a variety of enemies and companions. The world itself is quite large and enjoyable to explore, with hidden treasures and secrets scattered about. You can swim and run, staying pretty much feet on the ground, apart from leaping down certain ledges. Successfully sneaking on someone will allow you to execute them or do some pickpocketing. There are locks to pick, which is pretty much as you would expect and removing curses requires you to activate each rune as your cursor spins around within the time limit, missing resets all runes and failure results in you getting cursed. Crafting is also a big thing, as some of the best equipment can only be obtained by making them. All you do is select the type of equipment and materials you wish to use and you're done. It’s simple and to the point, which I liked. There is a large variety of weapons and armors to choose from, each requiring you to meet the requisite points in the combat skill they use. You got long and greatswords, staffs and scepters, daggers and bows. Light armor with a focus on critical damage and robes for increased mana or regen. 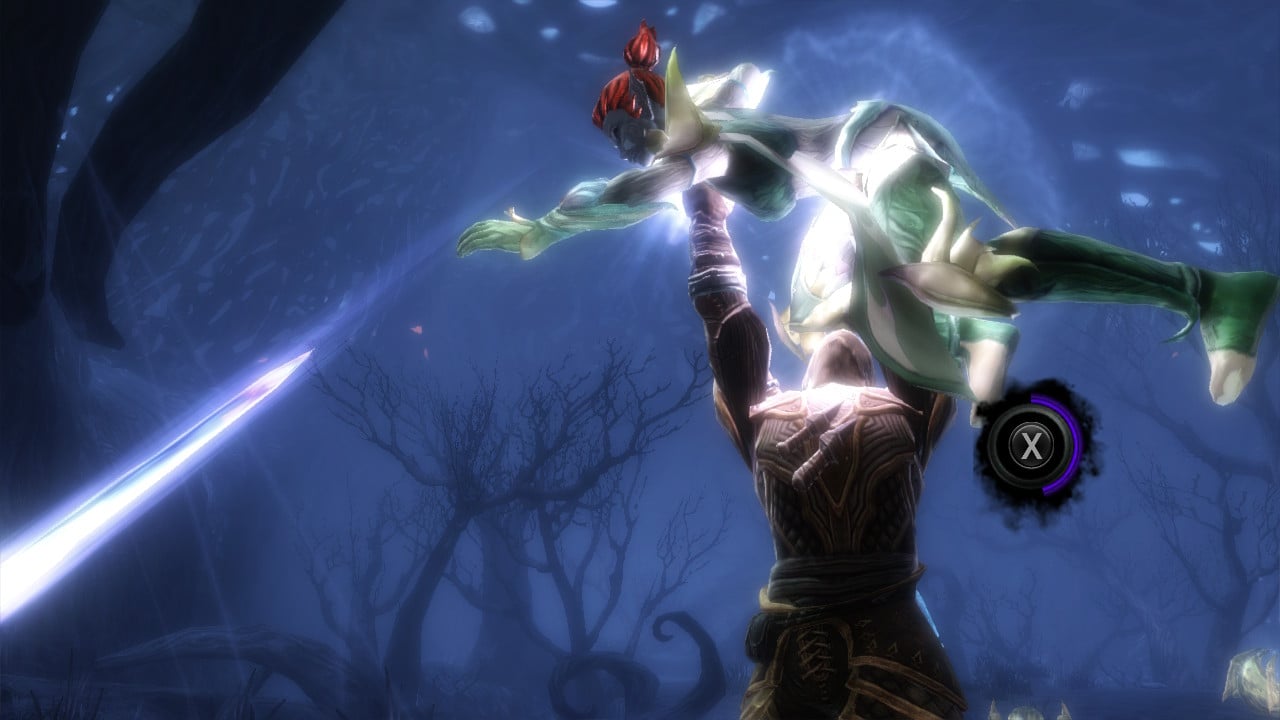 Which brings us into the combat of Re-Reckoning, which is a bit of a hack and slash but requires a bit of strategy. You can equip any weapon as your primary or secondary, using them with a press of Y and X, respectively. In the beginning, you have no skills and pretty much just mash the attack buttons. As you put points into your combat skills, you learn new combos and techniques, some require you block with your shield and others have you pausing between the button presses to execute the combo. It can be a little repetitive but as you get the flow of action down, it is surprisingly satisfying in spite of the relative repetitive nature. I played a warrior/rogue for most of the game, using longswords, daggers and faeblades. Being able to freely change between weapons led to some fun encounters, such as using my longsword to launch an opponent into the air and then quickly slash, while juggling them, with my daggers. Regardless of your particular focus, each of the three combat skills offer spells, such as the Might tree has a spell that will launch energy forth and draw an enemy into. Since you aren’t limited to one thing, you can make some really interesting character builds. As Fateless One, you aren’t bound to one destiny and can change yours at any time but swapping destiny cards. These are earned from some quests or having the points in the necessary skill, granting you a variety of buffs and expanding your character options even further.

There is no stamina to worry about, simply your health and mana, both of which will recover with time. There is an additional gauge, which is your fate. To fill it up, you have to land successful combos, defeat enemies or consume an essence of fate, which once full you can enter Reckoning Mode. A shockwave bursts forth, staggering nearby enemies and slowing down time. Damage increases greatly, making it easy to dispatch large amounts of enemies. Some will die outright while others will have their fates unraveled with the A button appearing above them. Should you press it, you will enter a cutscene, during which you brutally and flashily execute them, with a random button prompt where if you press it repeatedly you can receive up to 100% more experience. Fateshifting ends your Reckoning and kills all foes whose fate was also unraveled. It’s a cool gimmick and I really enjoyed the executions, such as impaling a rogue mouth first or ripping the top of a troll's head from its body. It is however quite overpowered, as it makes what should be an epic boss battle end in a matter of moments and while still brutal, feels a bit anticlimactic.

One of the biggest highlights here is the soundtrack, which features some of the best orchestral tracks I’ve heard in a game. Regardless of if you are in battle, a dungeon or just running about, it perfectly captures the moment and really emphasizes the magic and mystery present in Re-Reckoning. Todd McFarlene, artist and creator of Spawn, was one of the contributing artists and it shows in character design. The men tend to have pretty swole necks and musculature while the female characters are more leithe and petite, giving some character designs a comic feel. 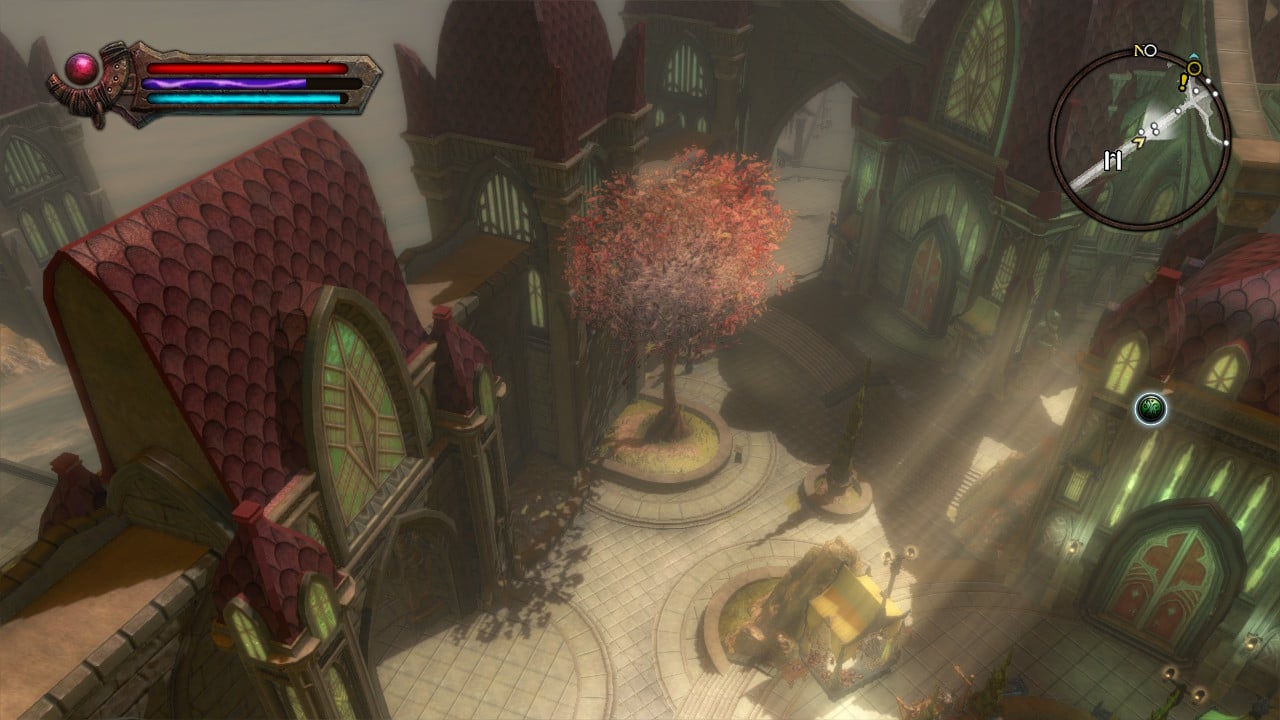 From the forests of Delentarth to the arid wastes of Detyre, the detail in the Faelands is phenomenal and looks all around great. The colors are vibrant and lush, Fae castles and ruins look stunning, despite their age and lack of upkeep. Even in the dankest of dungeons there is just this vibrance all around you, showing the magical nature of the Faelands. They also did an excellent job updating it graphically for modern consoles and looks equally as nice docked or handheld, with no noticeable difference between the two and little to no drops in framerate. It does have some hiccups when it comes to the camera, but it's pretty miniscule and more of a slight annoyance than an issue. From time to time, mostly happening after you Fateshift, the camera will go into the ground. It obscures your vision for just a moment as you don’t get the whole scene and snaps back quickly. There are some instances where you are pulled into dialogue and if you are doing something, like I was leaping from a ledge, you will be continuously doing said action throughout the conversation. Not a problem and was pretty funny, but also shows a slight lack of polish, especially when I ended the talk, I was back to being in midair.

Kingdoms of Amalur: Reckoning had three DLCs released; two add more story and new locales while the other gives a range of equipment in the first town that helps give you an edge in the early game. All three are present in Re-Reckoning, so we’ll just go over them briefly. The Legend of Dead Kel adds not only a new worldspace, equipment and enemies but a new dungeon type and an additional player home. Teeth of Naros adds most of the same as the former but also adds a new race and damage type called Primal, that can make foes more vulnerable to magic. Both bring a new quest line along with more side quests, adding even more for you to explore and do. I enjoyed both of them but Teeth of Naros was my favorite, with its clearly Greek inspired setting and populace and the story itself was pretty on par with the base game.

Fate is in your hands

Kingdoms of Amalur: Re-Reckoning is an excellent title and remaster. Length for games like this is variable so it’s really hard to say just how long it is. I ran the main questline in around 16 hours though I'm including the few hours I spend grinding and crafting, with another seven on side quests and both DLCs adding another few hours each. And even then, I still have tons of unfinished quests to do and I’m very much looking forward to playing this game more and more. Near limitless character set ups, fantastic story and enjoyable combat are just a bit to look forward to should you consider picking this up.