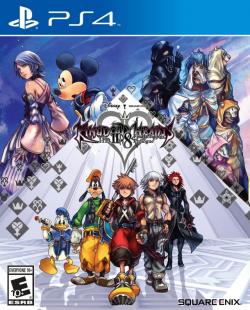 Kingdom Hearts 2.8 is comprised of an original game, a remake, and a cinematic experience for fans of the series as they await Kingdom Hearts 3.

Kingdom Hearts’ main score may be Simple and Clean, but the series naming conventions are anything but.  After all, with so many titles spanning multiple gaming systems, where’s one to start?  This is a question that I have a relatively simple answer to that should help both fans and newcomers alike decide if they should purchase Kingdom Hearts 2.8 Final Chapter Prologue.

Here we go, are you new to the Kingdom Hearts series and are wondering if this is where to start?  The answer is no…  God no.  Have you played the original PS2 games and possibly some of the spin-offs?  Then you might want to consider holding off on this title until you’ve played all the content in 1.5 and 2.5.  Are you caught up with the series (possibly aside from Unchained and DDD) and ready to tackle 3?  Then this game is a must have.

It’s a meme at this point that Kingdom Hearts is unnecessarily complicated to get into and get all the information that is needed to enjoy the series.  It’s said that in order to enjoy it you need to own a various amount of games across multiple platforms, but come March that will no longer be the case.  Once Kingdom Hearts 1.5 and 2.5 are released for the PS4 in March, all a newcomer needs to get ready for Kingdom Hearts 3 is to own a PS4 and play 1.5, 2.5, and 2.8.  In fact, those who own a PS3 can get a headstart and play 1.5 and 2.5 on that system instead of waiting until March.  Up until a gamer has played the previous titles however, I cannot recommend 2.8 as it heavily relies on knowing the Kingdom Hearts universe.

The fact that you need to be caught up to fully enjoy Kingdom Hearts 2.8 is not something that I would knock the game for, as I really enjoyed it myself (I’ll get to that in a second).  After all, I also wouldn’t recommend Harry Potter and the Order of the Phoenix or Star Wars: The Empire Strikes back to those who aren’t caught up with the previous titles.  Kingdom Hearts is a chronological series and is meant to be played as such.  And now that I’ve beat that topic to death, let’s talk about 2.8! 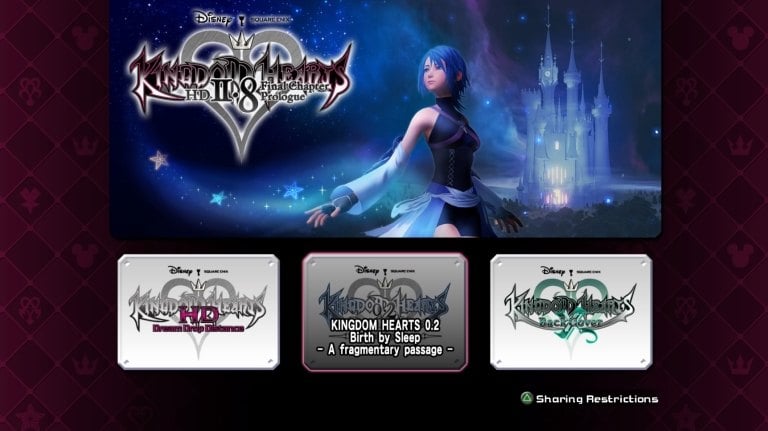 Dream Drop Distance HD is a full length game that, along with Kingdom Hearts: Coded, helps to bridge the gap between 2 and 3, so it is essential to the series.  The story and game mechanics are identical between the 3DS and PS4 versions of the game.  As far as I am aware the only difference between the titles are cosmetic, as the PS4 is able to output the game in HD and on a big screen.  As for the actual quality of the visuals, the game appears to use the same engine as the 1.5 and 2.5 titles on PS3 so it looks visually similar to those titles, as opposed to Aqua’s story in 0.2 which looks stunning (more on 0.2 later).

Dream Drop Distance follows Sora and Riku during their Mark of Mastery exam as they work to become true Keyblade Masters. According to their master, Yen Sid, in order to complete their exam, they have to awaken “sleeping” worlds based on Disney movies, several of which are new to the series.

You won’t get to fight alongside your buddies Donald and Goofy in this title, as they aren’t taking part in the Mark of Mastery exam.  Instead, you’ll craft Spirits which will help you fight Dream Eaters (the series’ latest knockoff of the Heartless).  While mechanically the game is miles away from Pokémon, I couldn’t help but get the Pokémon vibe as I tried to craft ‘em all. 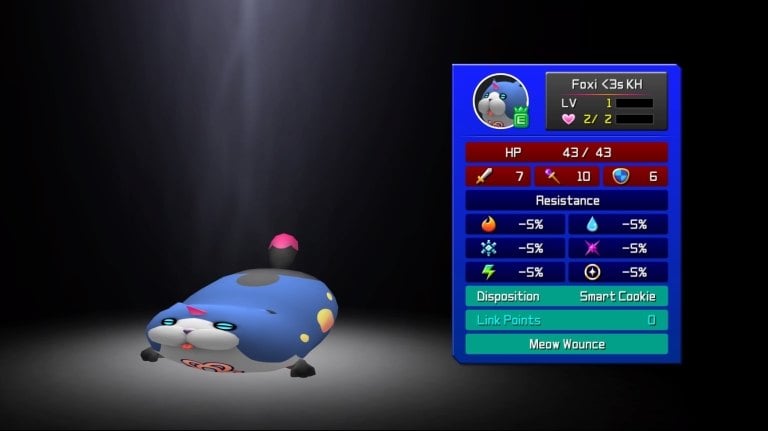 Dream Drop Distance added some new mechanics to the game that sets it apart from its counterparts.  There is a new method of fighting and traversing terrain called Flowmotion.  Basically, Flowmotion speeds up combat and travelling by having you bounce off walls and swing from lamp posts as you smash full force into enemies, obviously adding combos as you go.

As you play the game you will constantly find yourself switching between Sora and Riku as the other one takes a load off.  On one hand, switching between the two protagonists helps expand the story and allows you to solve unique puzzles, but on the other hand it can be jarring and breaks the flow of the game.

You can tell as you play DDD that it is a port of a mobile game.  While the story is as large as a console title, some of the mechanics that worked well for the 3DS’ touch screen feel a bit clumsy when done on the PS4.  For example, petting your spirits to raise their happiness is awkward at best on the PS4.  While walking through Traverse Town, there are several places that I tried to enter that I KNOW I’ve gone through in the original, just to see that it is off limits in this one, limiting my ability to explore. That said, there are other mini-games such as Flick Rush and Diving (DDD’s version of the Gummi Ship stages) to try out as well, so there’s plenty to do aside from just smashing through the game’s story.

The game’s faults aside, if you have not already played DDD on 3DS, or even if you want to experience it a different way, I do recommend considering playing it on the PS4.  Again, while the title is fun on its own, it also is essential to the series as it leads directly into Kingdom Hearts 3. 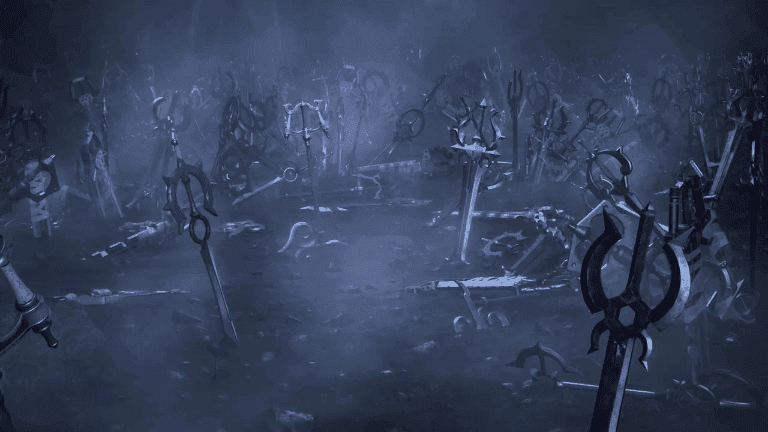 Kingdom Hearts 0.2 Birth by Sleep - A Fragmentary Passage is different from Dream Drop Distance in almost every way.  The tone, plot, mechanics, length, and visual quality are miles apart.  Both are great titles, but I personally find Birth by Sleep to be more fun and a great teaser for what we can expect from Kingdom Hearts 3.

Aqua’s story is the first time we get to see exactly how a new Kingdom Hearts game, created with Unreal Engine 4, plays on a current gen console.  Up to this point all of the Kingdom Hearts games on PS3 (as well as their fast approaching ports to PS4) are remakes of titles designed for the PS2, GBA, PSP, and 3DS.  But this is brand new content meant to utilize this generation’s technology, and it really shows.

While A Fragmentary Passage is very detailed (even the pure black heartless have more detail than before) I wouldn’t say it looks realistic.  After all, the series is still stylized to mix Disney and Final Fantasy characters, and nobody wants to see a lifelike Mickey Mouse.  Instead of rambling on about the graphics for longer than necessary, here are some more screenshots. 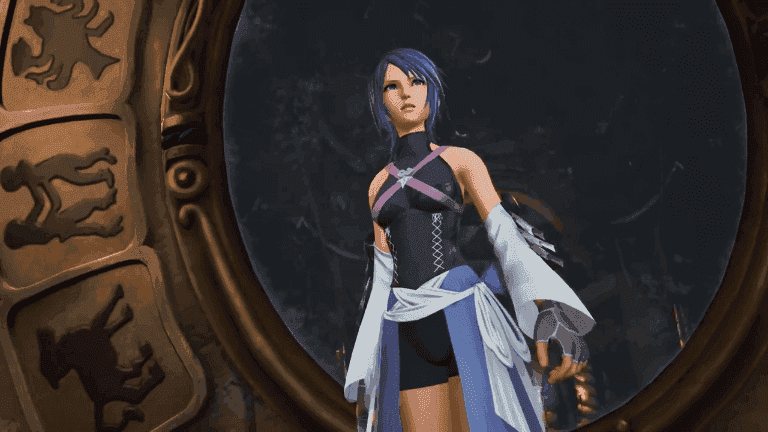 As opposed to the combat in Dream Drop Distance, the combat in Aqua’s story is more of what you would expect from a console-born Kingdom Hearts game.  You fight hordes of enemies in real time by locking onto them and either bashing them with your keyblade or casting spells as you create fantastic combos.  Leading up to this title’s release and the future release of Kingdom Hearts 3, I was worried that they would change the core gameplay mechanics to the point that they would be unrecognizable to the mechanics of 1 and 2.  I had to breathe a sigh of relief when I realized that the fighting style in this game was familiar and nostalgic to me, and that Kingdom Hearts 3 will almost certainly be as well.

As you play the game, you can complete certain objectives that allow you to unlock accessories to customize Aqua’s appearance.  After all, even though she’s been trapped in the Dark World for years, a girl’s got to look her best.  Unfortunately all of these accessories are simply cosmetic and do not transfer to cutscenes, but it is fun to go through and try to unlock them all.

The objectives add some much needed padding to the game as it is sadly rather short.  On its own the game itself is only 5 or 6 hours long and feels more like a demo of what’s to come in Kingdom Hearts 3.  Much like The Order 1866, A Fragmentary Passage is beautiful, has a great plot, has amazing game mechanics, and is way too short.

Though it’s short, it is very compact with information and you can really feel Aqua’s struggle as she travels the Dark World and tries to come to grips with both her fate and the fate of her friends.  This game may be shorter than Dream Drop Distance, but I found it to be the better of the two titles. 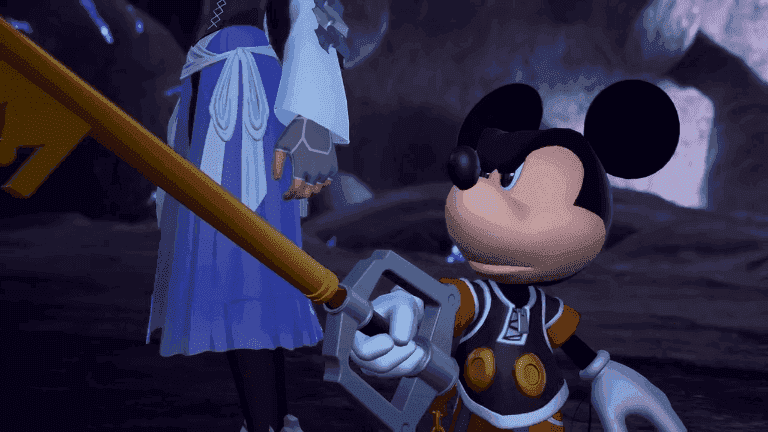 And that leads me to Kingdom Hearts χ: Back Cover.  This is an hour long CGI movie that looks better than any other Kingdom Hearts cutscenes up to this point.  I won’t spend long writing about it because it is hard to talk about without providing spoilers, but it is a trill from beginning to end and is beautiful to look at.  While it attempts to answer some questions, it adds even more to the mix.  Kingdom Hearts 3 is going to have to be a pretty damn large title in order to answer everything that we need to know and it is my theory that Back Cover is hinting that there will be much more that has to be done in the Kingdom Hearts universe after 3 is over.

There’s a problem that I have with Kingdom Hearts 2.8 as a whole and I was saving it for the end to discuss it.  The game itself is $60 and I cannot recommend it to newcomers.  It is absolutely necessary to play 1.5 and 2.5 (or alternately all of the games on their original consoles) before going anywhere near 2.8 to expect the full experience.  Like I mentioned before, it’s like jumping into Harry Potter by starting with the fifth book, you’re missing too much to enjoy it.  For newcomers to the series, I advise holding off on this title and either play 1.5 and 2.5 on the PS3, or wait for the Kingdom Hearts HD 1.5 + 2.5 Remix to come out for PS4 this March, which will give you essentially every other title for only $50.  At that point, the price of 2.8 may drop and be more worth your time.  However, if you are already caught up to the series then feel free to jump into 2.8, it certainly satisfied my itch as I wait for Kingdom Hearts 3.

Verdict
You, B_E_P_I_S_M_A_N, Jiehfeng and 6 others like this.
Unlike this review