Both tiny and wireless, the Keychron K6 has a lot to prove. Will the K6 be the wireless 65% keyboard that fans hoped it would be?

If you're ever looking for a new keyboard, and even if you don't know anything about them, there's one thing that you can be certain of: you won't be left wanting in terms of options. There's a staggering multitude of different styles, sizes, and types all available for you to choose from. You've likely heard of all those major companies out there making their own keyboard too, from the widely-known Razer, to the standard Corsair. With mechanical keyboards gaining in such popularity in recent years, and the market being so flooded, it's almost difficult to decide exactly which keyboard is right for you.

However, if lightweight, durable, wireless, and compact are important to you, then there's a keyboard out there that might make your decision a little easier.

The Keychron K6 is the latest keyboard in the eponymously named Keychron's repertoire. Their line of peripherals all have similarities with one another, with the most noticeable being the light and dark grey color scheme, but each iteration tries something new. With the K6, the focus is all on being as tiny as possible. They've taken the already small Keychron K2--which we previously covered--and condensed it further, into a 65% form factor, resulting in a keyboard that blends the bare essentials with compact portability. 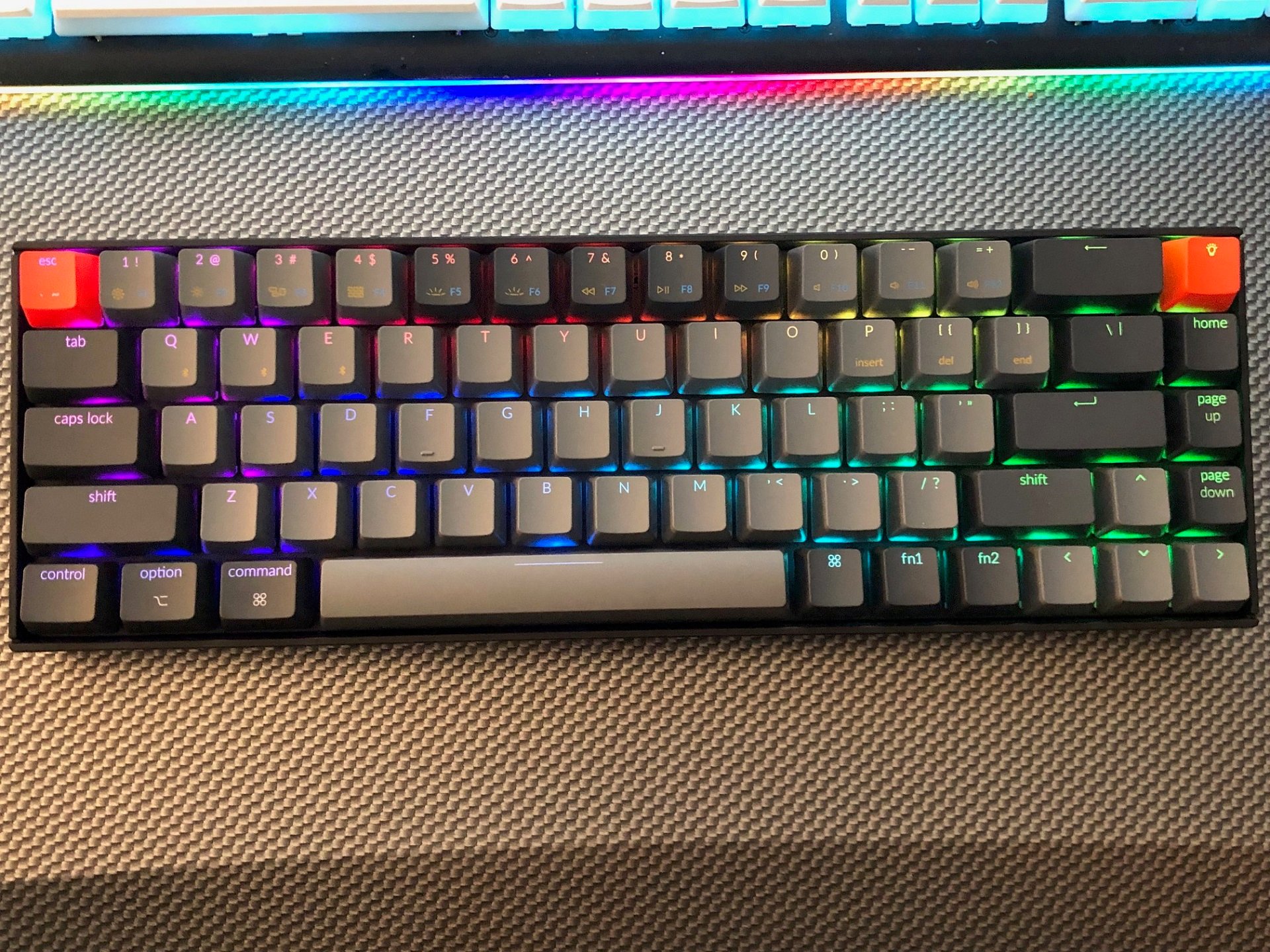 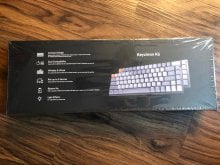 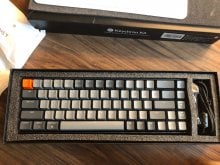 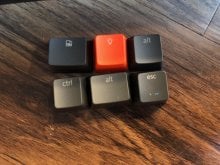 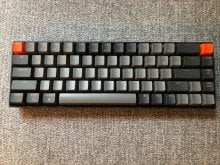 First off, the K6 has a few different variations. You can go with a basic simple white backlight. or you can go full gamer mode with an RGB option. There are also two types of frames for the board, either a simple plastic one, which isn't as premium, but makes the keyboard lighter and easier to carry around, while the aluminum one is heavier, more durable, and feels more solid. It does come at an extra cost of $20, but unless weight is a concern to you or you're on a strict budget, then it's more than worth it. Additionally, you can select between having soldered switches, the LK opticals, or having a hot-swappable board, which allows you to really go all out with customization and fancier switches. Lastly, you get a choice of three different keyswitches: Gateron red, blue, and brown. For the review, I went with the RGB backlit, plastic housed, Gateron brown build.

One of the most impressive things about this keyboard is its battery life. Crammed into its casing is a 4000mAh battery. It outclasses a lot of other Bluetooth keyboards, giving you around three full days of nonstop use with the RGBs on full blast, or in a much more common scenario, it'll last about nine days when used 8 hours each day. At least, that's exactly what Keychron promises, and the K6 delivers on that front, getting you a solid amount of time between charges, even if you're an RGB fiend. The keyboard didn't manage to last as long when on full brightness and constantly flickering wildly into the night, but chances are, you're more likely to use the keyboard as well, a keyboard, and not some sort of constant pulsating light show centerpiece.

We're more than halfway into 2020, which means that it should be expected to see USB-C connectors in more and more hardware, and fortunately, Keychron comes through, as the K6 features a USB-C charging port. Next to the charging port are two switches, one that lets you swap between Windows/Android or macOS use, and another that lets you toggle the Bluetooth 5.1 connection, turn the keyboard off, or use it wired. There's a lot of options with the K6, and being able to use the keyboard on a variety of different platforms without any hassle is a welcome addition. 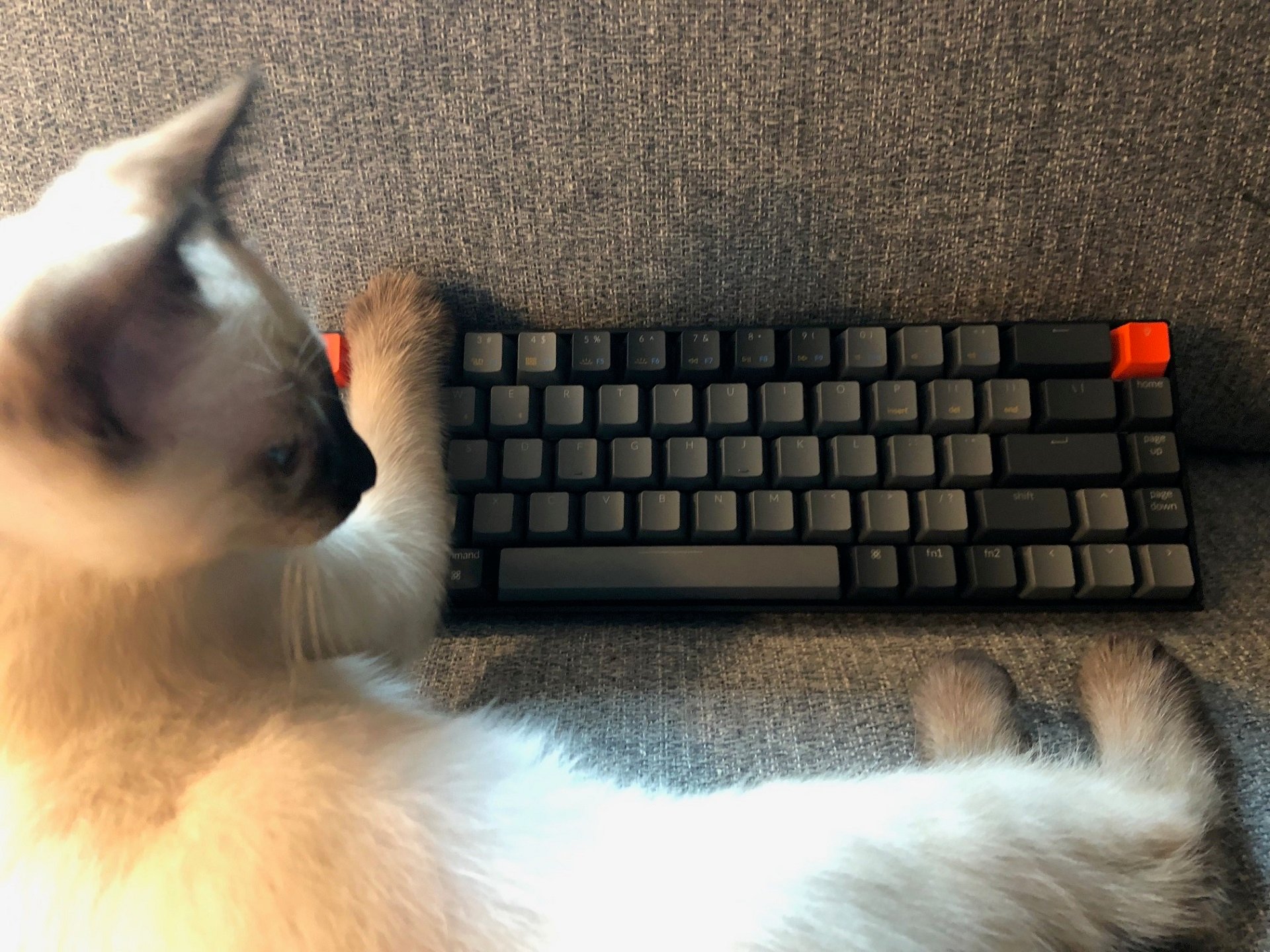 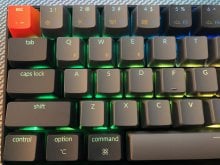 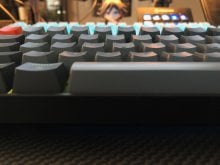 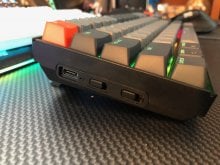 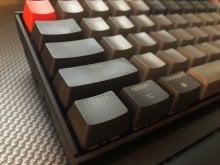 When it came to typing with the keyboard wirelessly with the aforementioned Bluetooth 5.1, I was hard-pressed to notice any major latency differences when compared to wired. Playing games using the keyboard made it easier to notice the slightest of delays, however, the experience was still more than playable, and even surprsingly great, given the fact that I'd always used wired keyboards in the past, and the sudden switch didn't leave me bothered by input delay.

As for the switches, they're fairly standard, and it really boils down to personal preference. The Gateron Browns here are nice and responsive, and move smoothly, while still retaining that tactile feel. There's not much rattle within the board, and both the switches and keycaps were stable when both gaming and typing.

While I am still pleased by just how good of a 65% keyboard the Keychron K6 is, there are some small issues that keep it from being absolutely perfect. First off, the keycaps. They're doubleshot ABS, which lets the RGBs shine through nicely, and the two different shades of grey give the keyboard a unique appearance, especially when compared to the regular black keycaps that most other manufacturers use. However, that's about where the positives end.

For your first typing session, the keycaps will feel smooth and pleasant to press, but once you've so much as grazed the top of a key, it'll absorb every oil that's ever been on your hand, or will ever be on your hand. In this COVID-19 affected world, I frequently wash my hands, but even then, when I typed on the K6, the keycaps looked as though I'd been typing while sweating it out in the desert, caked in Dorito dust. After about two hours of constant use, I walked away from the keyboard, only to return to typing and be surprised by how greasy the keys were to the touch. It's a flaw with ABS keys, though it feels more pronounced with these specific ones. In the end, the issue bothered me enough to replace the keycaps with some custom ones I had lying around, which was fine, but still irksome all the same.

The second complaint stems from how steep the board is. You might not notice by just looking at it from the front, but if you take a look at the side of the K6, you can see that the incline is fairly pronounced. Now, if you have a wrist-rest, there's no problem here, and in all honesty, for the sake of your health, anyone reading while at a desktop PC should be rocking a comfortable rest. If you don't, though, then you'll want one almost instantly after using the K6. Some keyboards are usable without a wrist-rest, but the K6 is in a league of its own, thanks to its wide base. You can buy a wrist-rest that exclusively goes with the K6 from Keychron itself as an optional add-on, but if you're price and comfort conscious, then you should remember to factor an extra $25 onto the cost. 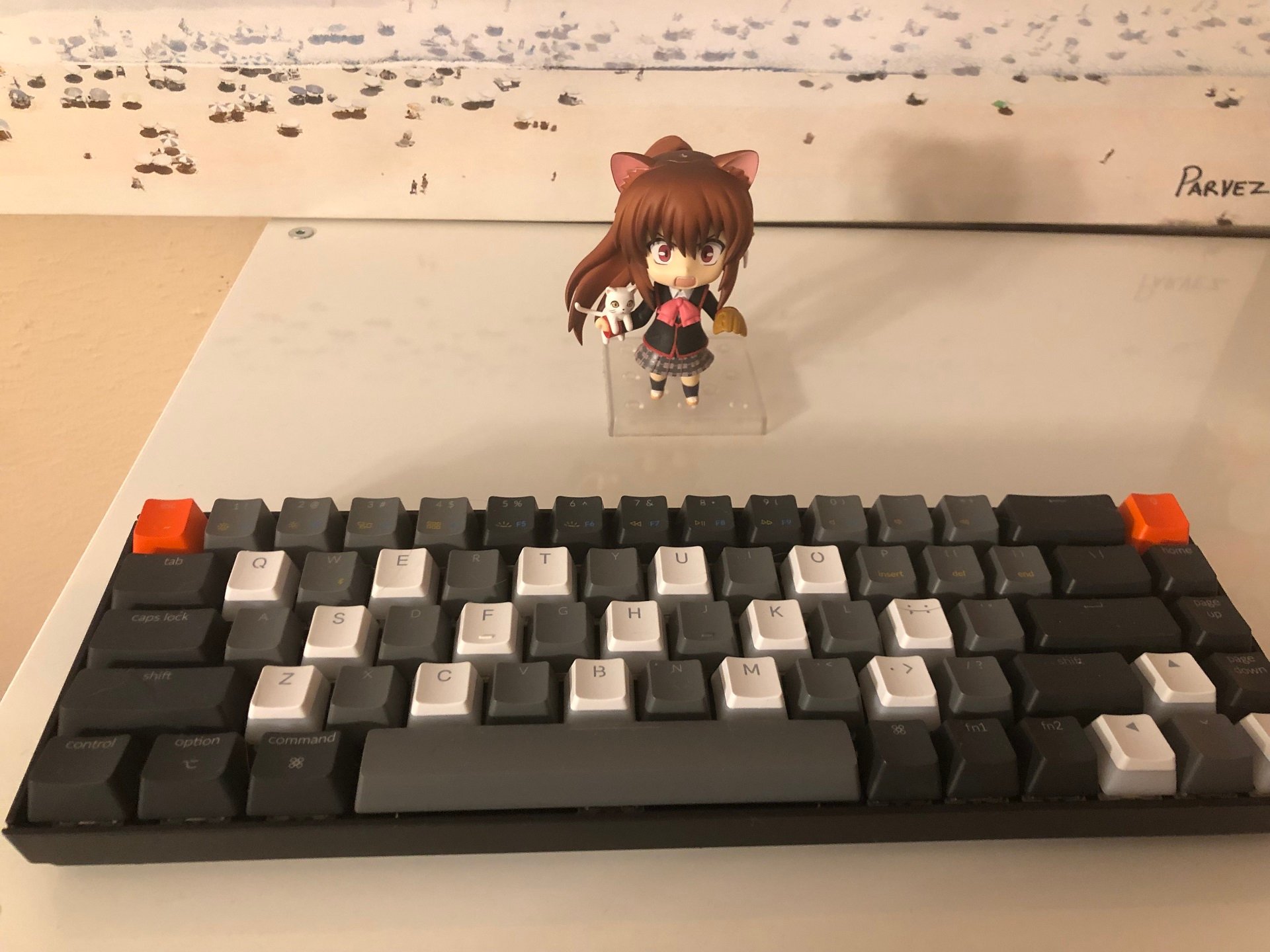 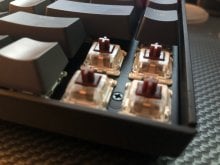 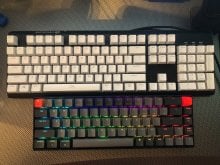 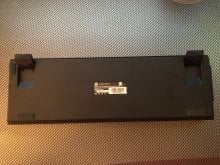 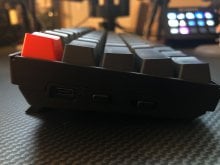 Even at its most expensive, the K6 costs $99, which is affordable, and it's fairly easy to get ahold of, which isn't something that can be said for its other wireless competitors, like the imported Akko boards, or the elusive yet pricier Anne Pro 2. If you don't want some of the premium add-ons, then the K6 will only set you back $69.

In the end, any dislikes I have towards the Keychron K6 are both easily fixed, and outweighed by its usefulness and function. It's far and away better than the Apple Magic Keyboard that I'd previously been using with my iMac, and I greatly appreciate the MacOS compatibility the K6 has. Having a wireless mechanical keyboard is something I find to have a lot of utility, when it comes to needing to quickly type up important things on either my phone or tablet, which instantly connect and recognize the K6. The lightweight nature of the keyboard is also another positive, giving me the portability of a tiny slim keyboard, but combined with the luxury of typing on nice full mechanical keyswitches. 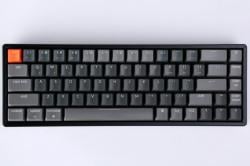