Originally released on the Playstation 2 in 2004, Katamari Damacy has been remastered for the modern PC and Switch audiences. Is it on a roll, or is this a nostalgia cash-grab?

Katamari Damacy is a bizarre game. While I've always been interested in this niche classic, I'd never actually played it—that is, until now. To my surprise, the game has charmed me, and I've loved it every step of the way. This HD remaster is available on Nintendo Switch and Steam, and my experience is based on the Steam version, which lacks some Switch exclusive features such as motion controls. Reroll offers up to 4K resolution, as well as remastered assets for the UI and cutscenes, but overall, it's the same experience as the original title released over a decade ago. 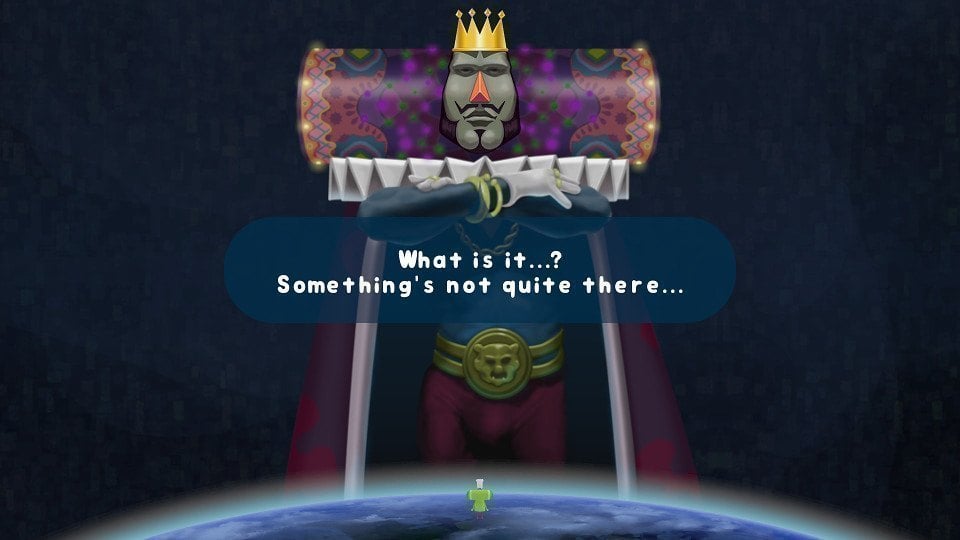 Katamari Damacy makes you a prince, son of a great king who rules the cosmos. Unfortunately, this king is not the regal type, and after a night of binge drinking, destroys every star in the universe. Realising his mistake, he tasks his son, the prince, to create new stars to fill the sky. To do this, he sends the prince to Earth, so that he can gather up objects on earth to form a 'katamari' or 'clump', which is promptly shuttled into space. Throughout the game, you follow a small Japanese family, who are confused about the stars being absent. This is only an interesting extra, but it makes it feel like the people of Earth are in fact affected by the catastrophy. The game is very lightly localised, with only text being translated into English. I actually enjoyed this thoroughly, as Katamari Damacy feels like a game you should play in as close to its original form as possible.

The only real character with substance in Katamari Damacy is your father, the King of the Cosmos. He seems generally discontent with his son, often blaming him for his own wrongdoings. He hates how small the prince is, and belittles you if your star isn't up to his expectations. The prince himself, however, has very little character, only obeying his father. I don't really mind the lack of an in-depth story here, as the game finds its strengths elsewhere. 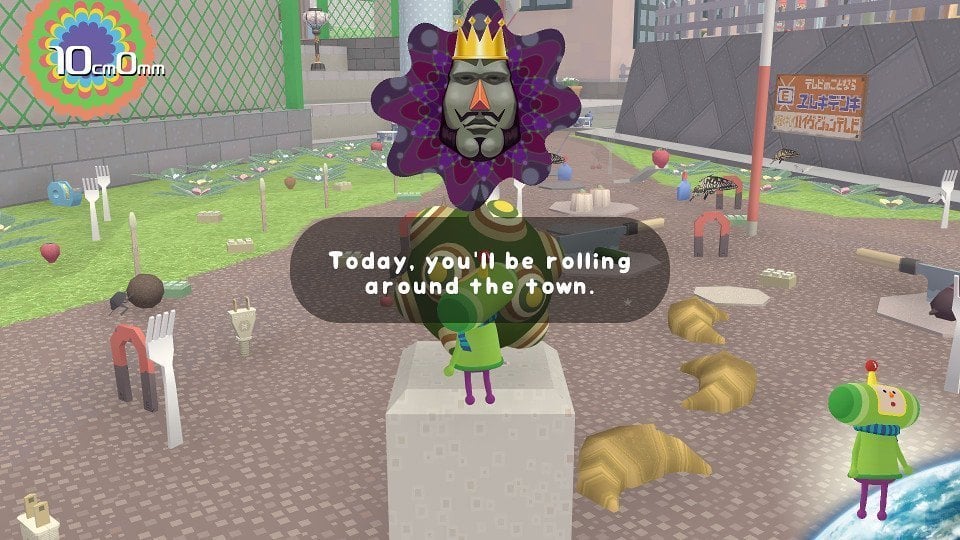 In Katamari Damacy, your goal is to create structures big enough to substitute the stars and constellations in the sky. To do this, you must roll a ball around, collecting items it touches. As this 'katamari' grows, the player can collect larger objects, increasing the speed of your progress not unlike a snowball rolling down a hill. Each level has its own minimum size goal, with a few special levels having more unique requirements. The larger your ball is, the happier your father will become, with him either praising or belittling you depending on your degree of success. In most levels, there is a 'present' you can pick up, which grants you different cosmetic items depending on the level. These are cute, but serve no purpose other than aesthetics. There are several landscapes, with each one managing to expand naturally as your katamari expands. It's amazing to revisit the same environment in later levels, only to discover new paths thanks to your ability to grow larger.

When it comes to the controls, Katamari remains unique, with an intuitive yet confusing control scheme. You use both control sticks to move your ball, which perplexed me at first—after a while, though, it began to make a lot of sense. The only problem with the controls is the boost ability—it's an absolute nightmare to pull off. You have to move both control sticks up and down quickly, and, as useful as it is, I barely used it throughout my play-through. What's also worth mentioning is that, using a keyboard, the controls absolutely suck. If you don't have a controller for your PC, for the love of all cosmos, don't buy Katamari Damacy, you won't be having any fun. Overall, though, using a controller is satisfying, and the strange controls begin to feel natural quite quickly. 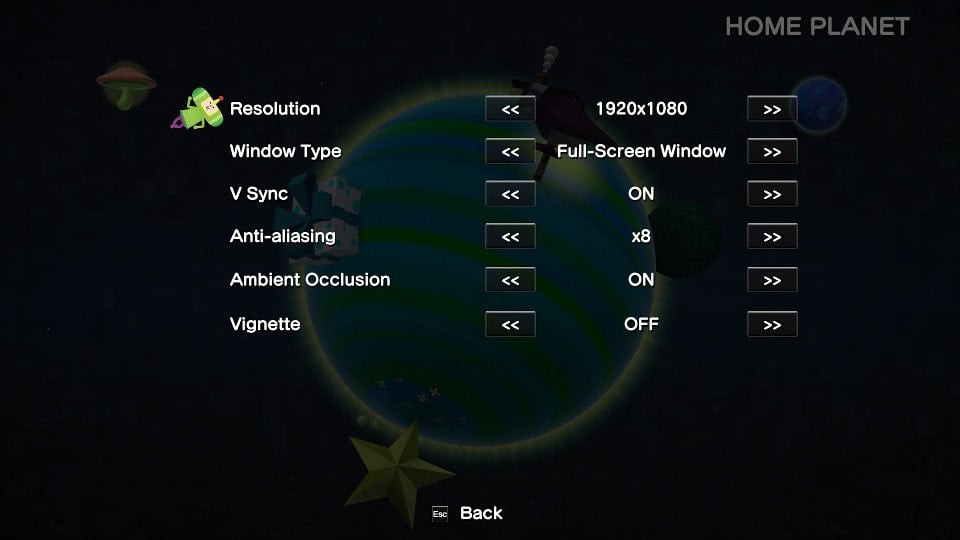 Katamari, whilst being released over a decade ago, has charming and clean graphics that I adore. It may not be technically impressive, but the unfiltered, low-resolution textures manage to look wonderful. The range of vivid environments pop out, and keep the game's visuals fresh and exciting, with levels opening up new areas the larger you grow in size. Unfortunately, the game initially opens in a small window at 720p. You need to complete the tutorial to access the graphics menu, allowing you to switch to full-screen and a higher resolution. This is a nitpick, but I see no reason that there couldn't be a title screen with graphic options present before starting the game.

Music in this game is yet another set of strange tunes, ranging from high-energy Japanese songs to similarly wacky English songs. The music is a huge part of the game's identity, and once you hear the soundtrack, you won't forget it. Different songs play each time you select a stage, keeping the theme fresh.

Katamari Damacy is a small but excellent game that I think could appeal to any gamer. It's niche, sure, but I'd challenge someone to give this a shot and not be left with a grin on their face after the first level. The only drawback here is how barebones this remaster is. With other modern remasters such as The Legend of Zelda: Twilight Princess HD, The World Ends With You: Final Remix, and even the upcoming New Super Mario Bros. U Deluxe, there's new content to look forward to. If I'd played Katamari before, I think I'd have been disappointed here. That said, it's still an excellent game, and perhaps unlike my other examples. is a fair price for a port of an older title. For only £16, I'd urge you to try it out. If you have a Nintendo Switch, there's even a free demo on the eShop, so there's no excuse to not to check out this gem.

Verdict
You, Laroon, Subtle Demise and 5 others like this.
Unlike this review