Official Review: Inside (Xbox One) 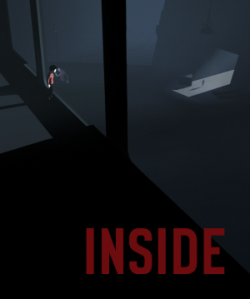 A re-hashing of Limbo or a fresh new title from developer Playdead? Let's check it out!

Inside is the long awaited title from developer and publisher Playdead. While not directly related to Limbo, it shares many of the same aesthetics in terms of style and gameplay. You control a young boy with a dapper haircut and snazzy red shirt in a side-scrolling adventure through the ruins of a run-down and (mostly) abandoned city.

WARNING: Due to the fact that Inside is such a short game, it's impossible to review thoroughly without giving away a few spoilers. With that said, let's dive in!

You start the game as a red-shirt wearing boy, carefully picking your way through a forest-like area, trying to avoid capture from various "adults", who are intent on grabbing and silencing you into submission. The whole game follows this pattern, which means there will be plenty of sneaking and running away throughout the game. There is no method to attack, so avoidance and stealth are key.

While the humans are content with just capturing and suppressing you, there are plenty of wild animals and other creatures who are more than happy to grab you for all the juicy tidbits floating around inside your body. 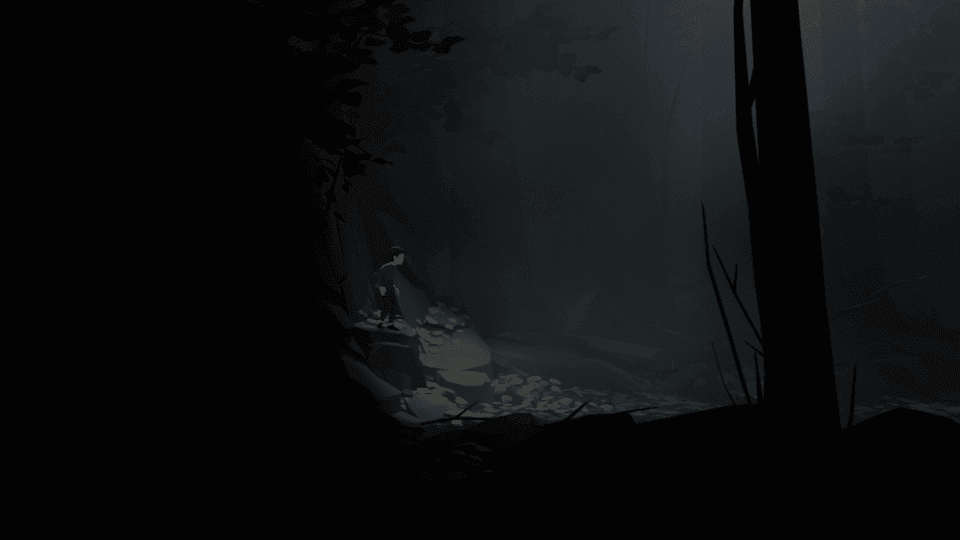 The RSB (Red Shirt Boy) Himself!

A good portion of the game can be completed just by holding right and jumping occasionally. Most of the "challenge" comes in the form of pushing and pulling crates, pushing and pulling levers, and controlling zombies with a highly sophisticated technology that allows you to bend them to your every whim, allowing you to do things like... push and pull crates, as well as push and pull levers. I did have great fun re-enacting a casting session for Thriller, though...

Most of the puzzles are incredibly dull and take no thought, with almost all solutions being instantly recognizable. More than a few times, while running from a creature and taking a blind jump off a cliff, I thought to myself, "This was pretty cool when Another World (Out of this World) did it 25 years ago." 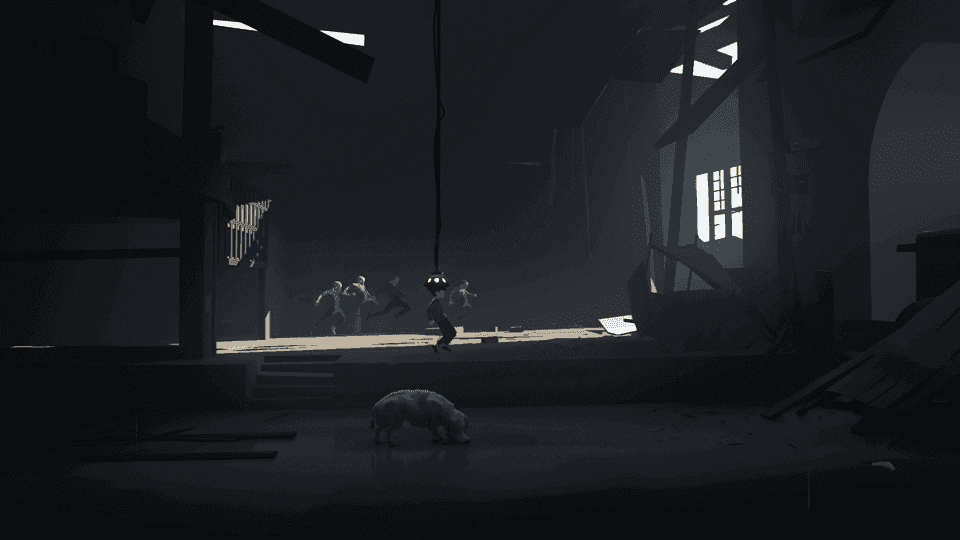 With that said, the puzzles were carefully crafted, and at no point did I ever run into the commonly frustrating situation where a crate or other object wouldn't line up correctly, forcing me to fiddle around with all the bits over and over until they were just right. All the puzzle pieces just seemed to mesh together, and everything just -worked- the first time you attempted the correct solution. There were no pixel perfect jumps or dodgy object clipping, the whole game is on a very solidly built platform with what seemed like extra care in coding to ensure it looked like the RSB escaped "just in time", when really you had a much larger window to escape a falling security door or complete a dangerous jump.

The puzzles do get a bit more complex at the end, with strange things such as water that fills -down- from the ceiling. There is no precision and gravity-defying platforming like in Limbo, and you'll rarely have to repeat a puzzle that offers death as a consequence. The whole game's experience and play through is fairly fluid and streamlined, which may be one of the reasons the puzzles are so easy. 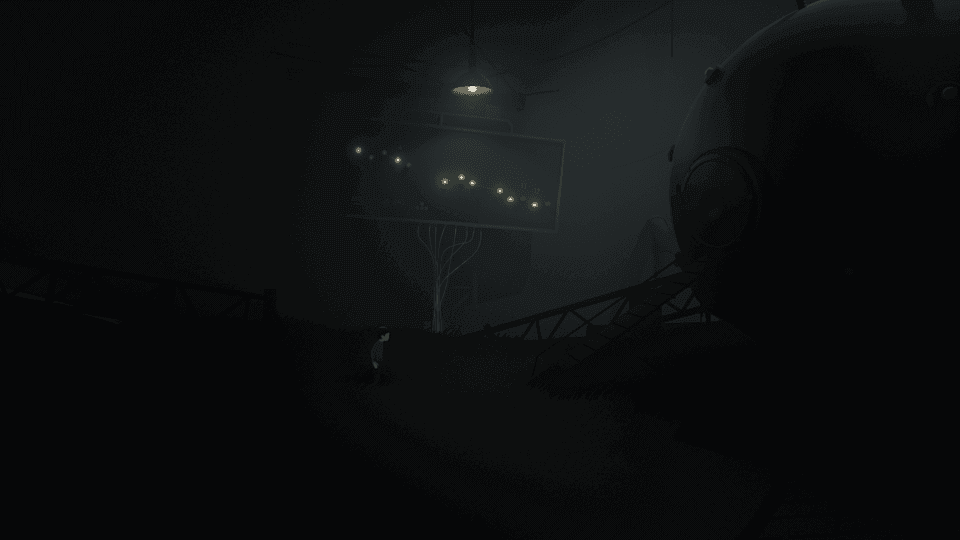 Oh, and be ready to back-track a bunch to find and disable all the "power cores" throughout the game to see the secret ending. Luckily, most of the tedium of this task has been removed via a quick-jump menu that much resembles a movie's chapter select feature. Using it, you can jump forward and backwards at will to different sections of the game, with a clue to all the power core's locations in a semi-secret room towards the end of the game.

Who's Kid is This, Anyway?

There is no immediate back story for the RSB; you're dumped right into the game with zero tutorials or explanations. As you go along, the game subtly suggests to you that the boy is some sort of natural leader and escaped experiment. Docile animals will gather slowly and follow him around in packs, while later on this becomes more apparent when he "gains" the natural ability to control the zombies without the use of the special control helmets. The RSB doesn't seem to carry much compassion for them, which you learn early on by way of a machine that's sole purpose seems to be to shoot chickens. (And I'm not entirely sure if one of my chicks glitched into the floor, or died from it's neck being snapped by hitting a hay bale at high projectile speeds). The abandonment issues don't stop there, and I felt bad during my play through when I had to leave a group of zombie buddies behind. 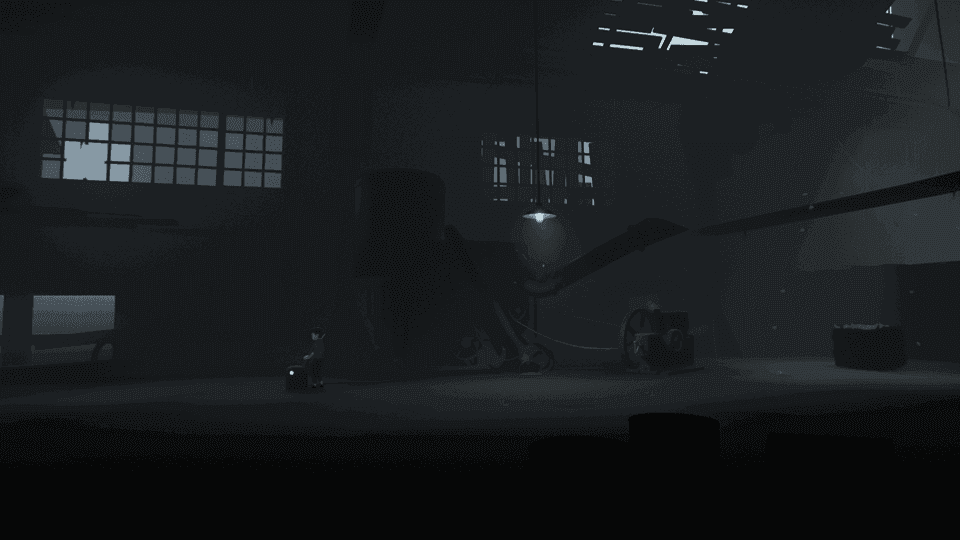 Most of the sentient humans in the game all seem to be working together, or rather they all have the same goal-- to capture the RSB. While they aren't doing that, they grow and produce mindless zombies that can be controlled to perform manual labor. A lot of these failed experiments or waste products can be found littered throughout the city or floating, abandoned and dead, in murky waters. There are also white worms that, at some point before the RSB has arrived, have climbed into the orifices of several pigs, causing them to act out aggressively or just outright die. Whether these worms are a by-product of the human's experiments or some alien presence is unclear. There are other failed experiments, too, that have become dangerous creatures, lost and forgotten in the wild undergrounds of the city.

The end of the game gets a bit weird as you flash your junk to a bunch of enraptured bystanders and then follow up your performance by meshing with some other goopy abomination and begin your hulk-smashing rampage through the entire laboratory facility, much to the cheering adoration of hundreds of humans who are suddenly no longer concerned about your capture. 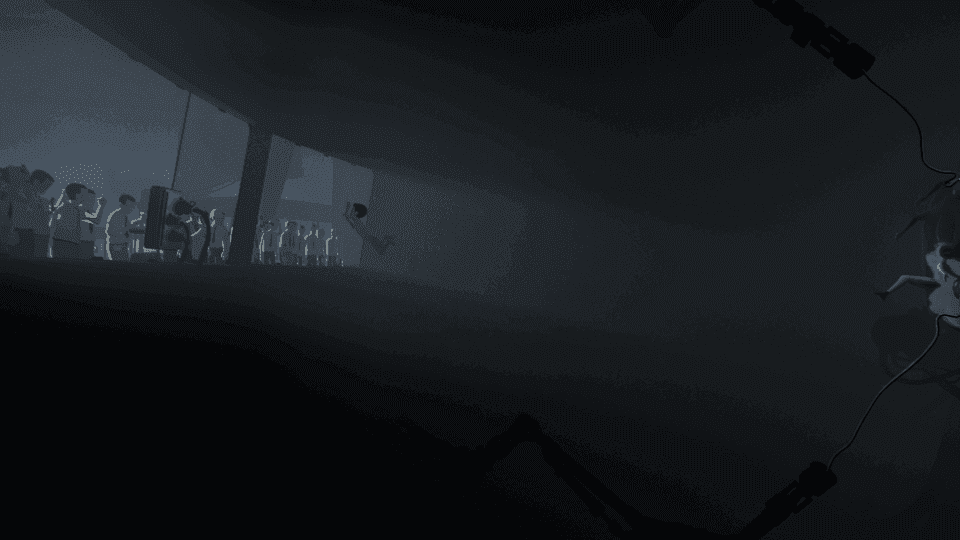 I really have no words to describe the end sequence of this game, you'll just have to play it and check it out for yourself. The ending is incredibly vague, and I honestly can't tell if they intended for this game to have a real message, or they intentionally ended it so bizarrely so that the public would over-analyze the whole thing and come up with it's own complex reasoning because Playdead couldn't be bothered to make one up itself, and then sit back with a smug smile while the masses applaud the company's brilliant silent narrative and moral meanings.

Inside is -definitely- worth at least one play through, which will cost you about 3-4 hours of your life. It's so easy I don't ever see myself going back to play it again, save for maybe 5 years from now when I randomly discover it and want to take a trip on the U.S.S. Nostalgia.