HyperX has proven their worth in the keycap world before, but can they do it again?

Not too long ago, HyperX released a set of pudding keycaps. Different from your average keycap, they allowed much more light to shine through, as the bottom half of each key was transparent. They also happened to be PBT double-shot, a type of keycap printing style that allows for the lettering to stay pristine for much longer when compared to normal ABS single-shot keys. For the average consumer, HyperX knocked it out of the park, giving keyboard fanatics an easy way to both upgrade their entry-level keycaps, or to go all-out with their RGB love. Now, they're back, with a new revision to those beloved keycaps. How are these different, and are they worth buying all over again?

Immediately, my first reaction was to compare the two keycap sets side by side, having previously used the original HyperX pudding set with my Hexgears Impulse keyboard. In the hand, the newer caps seem to have much sharper edges, and the corners are much more pointed. You likely won't notice it when actually typing, (I certainly didn't) but it is something to note. 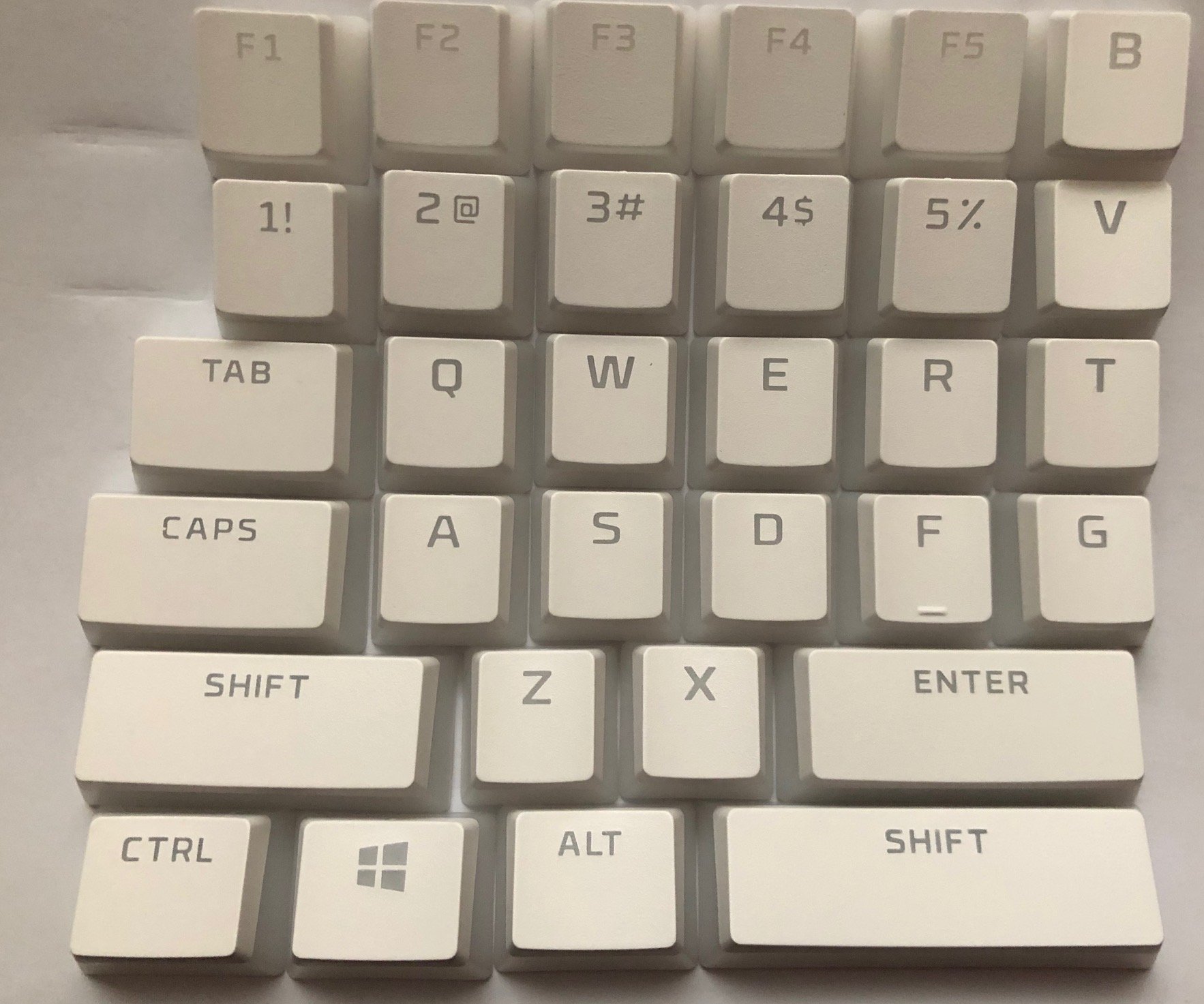 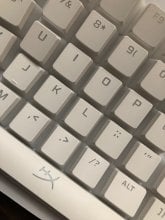 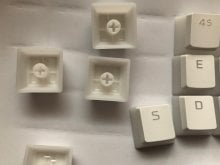 In the previous iteration, the font was much different, having a bit more of a "gamer" flair with the typical split look that has gaps between round connections of letters and numbers. It also had arrow symbols instead of text for keys like shift, caps lock, tab, or enter. Your opinion on the new font will be entirely down to personal preference, but in my case, I find the more standardized font a major improvement. There was no reason for 0, D, or B to have random edges cut off to look "cool", and it was one of the few flaws with the original keycap set. I'm pleased to see that HyperX also seems to agree, and dropped that style.

The font has also changed in another notable way, as it now has much thicker lines for each of the letters and symbols. By increasing the boldness of the font, the keycaps are much more readable, and it has a sharper look overall. They've retained enough style to keep the keycaps from looking too basic, while tweaking and improving the lettering to look much nicer than before.

Pictured in this review are the white pudding keycaps, but HyperX also offers the set in black--either way, both colors still let an impressive amount of light through. I'd love to see HyperX create more colors in the future, but for now, both white and black look great. If you wanted, you could even mix and match either set to create a fun, custom look for your board.

On the reverse side of the keycaps, you can see that the keycaps will support any Cherry MX or clone stem. That covers a wide variety of keyboards, especially gaming ones, and unless you're rocking a Corsair board--which tend to have differently sized keys--these will almost certainly fit your needs. 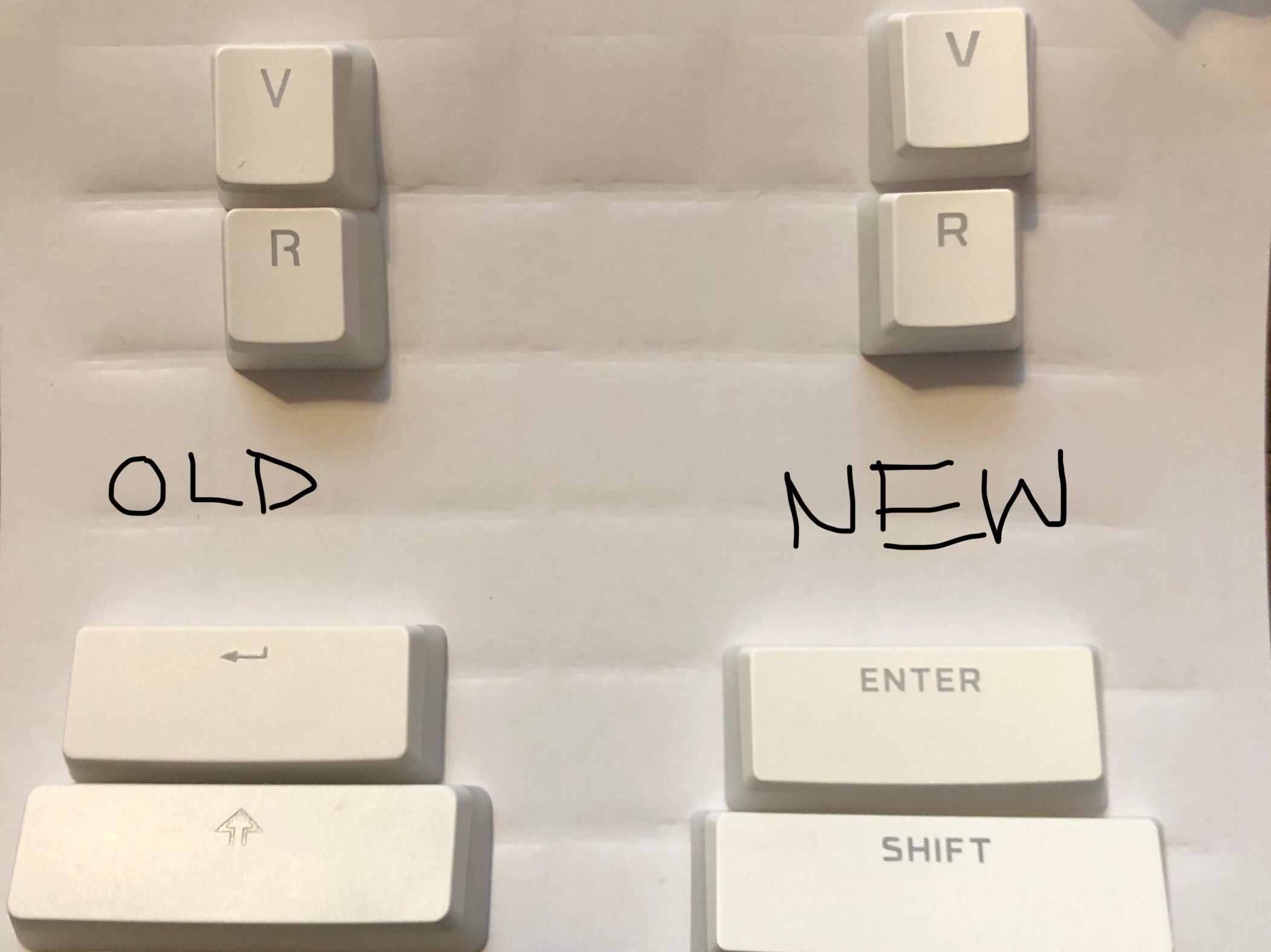 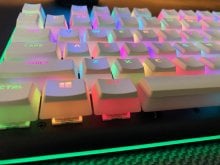 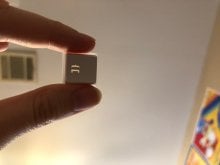 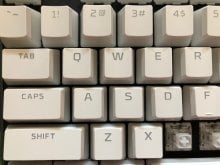 HyperX's previous pudding set were also PBT, and they managed over a full year of daily use that resulted in only a handful of the keycaps gaining that dreaded "shine" to them. The lettering was never impacted, but keys like the spacebar had developed the slightest amount of greasiness from hand oils. These new keycaps have the same printing style and appear to be made with the same materials, but they come with a new texture to them that the originals did not. They're smooth, yet not slippery, giving a perfect feel in both typing and gaming. HyperX also claims that this dual-layer design is "oil resistant", hopefully meaning that it'll take even longer than before for any of the keycaps to develop any shininess.

Included in the box are 104 keycaps, enough to cover any full-size keyboard, including the numpad. Provided is a keycap-puller which will help remove all your existing keycaps, which can be a total pain. It's not the best keycap puller in the world, but it definitely does its job. After replacing each and every key, you get to see the complete change pudding keycaps make to your keyboard as light explodes through the sides of each and every key. They look absolutely mesmerizing, and the lighting is completely equal throughout each of the symbols and letters; all the keys are bright, with their sharp font visible from any angle. Just as they did before, HyperX has once again outdone themselves on the printing process.

For only $24.99, you can completely transform the look of your keyboard. When compared to the average cost of custom keycap sets, HyperX manages to undercut the competition's pricing, while still offering high-quality PBT keycaps that'll last you throughout even your heaviest gaming sessions. Any problems with the previous pudding set such as the weird font have been entirely done away with in the new refresh, making for an improvement to an already fantastic set of keycaps. 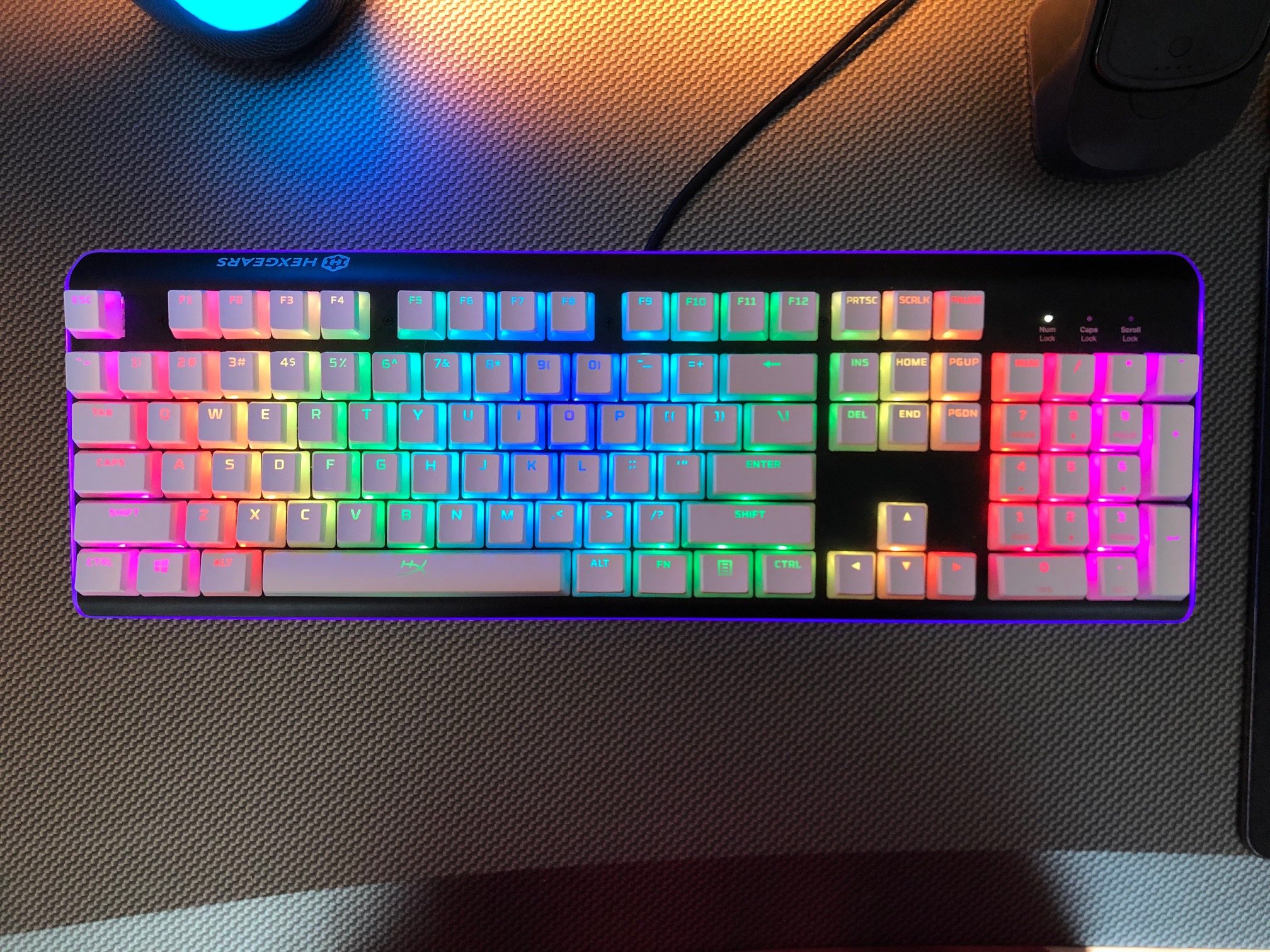 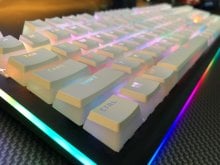 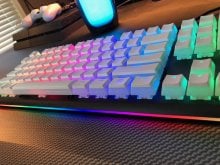 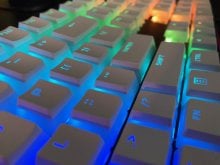 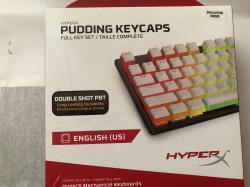