This keyboard is blue, da be dee--but once you use it, you won't be!

There are an abundance of different types of keyboards out there, many of which have been covered on GBAtemp. While the world of keyboards continues to expand, some brands are content to focus on making gaming keyboards, and refining them continually, attempting to achieve keyboard perfection. HyperX is one of those companies, and is back again, with yet another refresh to their Alloy Origins Core series. What changes have they made, and can this keyboard clack with the best of them?

Right off the bat, the HyperX Alloy Origins Core look like the typical gaming keyboard you’ve come to expect; sharp, black case and keycaps, RGBs, small but not overly so TKL layout, and clickity clackity mechanical switches. Yet, that would also be underselling the Origins Core but a lot. Having done a “world tour” of sorts when it comes to keyboards, I even think that HyperX has possibly made one of the best standard gaming keyboards out there.

One of the greatest aspects of this keyboard is that the latest revision sees the addition HyperX’s own keyswitches--the Blue variety, in fact. Where you might be familiar with the terms of Cherry or Gateron, HyperX has opted to create their very own switches, rather than rely on others to do it for them. This is a potentially controversial choice, and one that sounds hard to understand at the outset, but once you get to typing on their switches, I’d be entirely honest in saying it paid off completely. In this case, HyperX’s Blue switches, are well, obviously meant to be Blue switches you’ve likely used before--great for typing, as they have a lot of feedback, both audibly and physically, reminiscent of a typewriter. They’re also pretty good for gaming, because that tactile response really lets you know when you’ve pressed it down. That also means they’re not as competitive as say, linear Red switches, as those have no tactility to slow them down, but I’ve personally always preferred “clicky” switches. 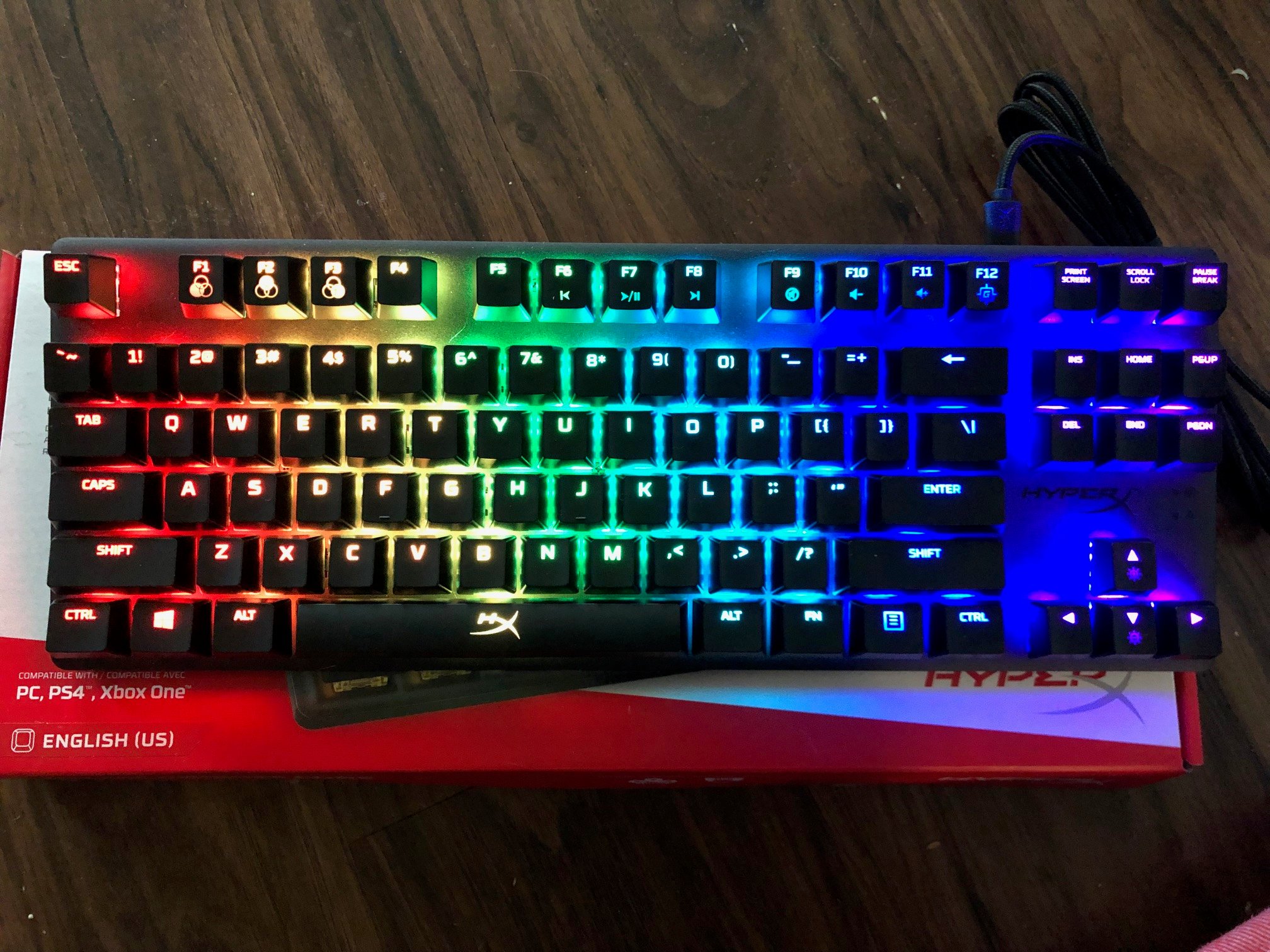 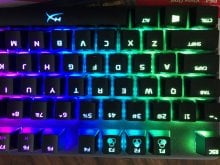 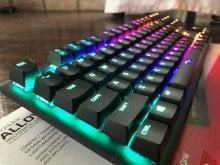 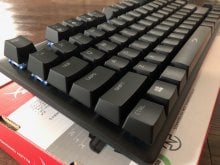 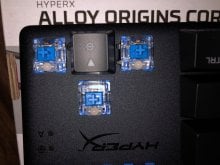 Smoother than a Cherry Blue, yet requiring more pressure than a Gateron Blue, the HyperX Blue switch is incredibly satisfying to type on. I absolutely love how they feel, and outside of the more niche switches such as Kailh Box White or Glorious Panda, I think these are some of the best out there when it comes to either clicky or tactile keyswitches. Their actuation point and required pressure is a bit heavier than other Blues, making them really satisfying to use, while still being smooth and quick enough to be able to get some super fast typing action going on with them. HyperX did a wonderful job at balancing the most important things that you’d want out of this kind of switch.

That’s not all when it comes to the strong suits of thie Alloy Origins Core, either. Underneath the keycaps, you can see a rather giant spot for the LEDs. These are much larger than the cutouts for LEDs on other keyswitches, meaning the RGB light effect is insane on this keyboard; much more so than most. The included keycaps handle the strong lights pretty well, but they’re so bright that you’d almost certainly want keycaps that could make the most of them; perhaps a sly attempt to make buyers want to also pick up HyperX’s own pudding keycaps, which are designed for RGB-lovers? In fact, you’d probably want to replace the keycaps anyway, because they’re ABS, and cheap-feeling ones at that. They look nice, for sure, but every time I use them, their slippery coating worries me, as it’s a matter of when, not if, they get that slick worn-down shininess to them. 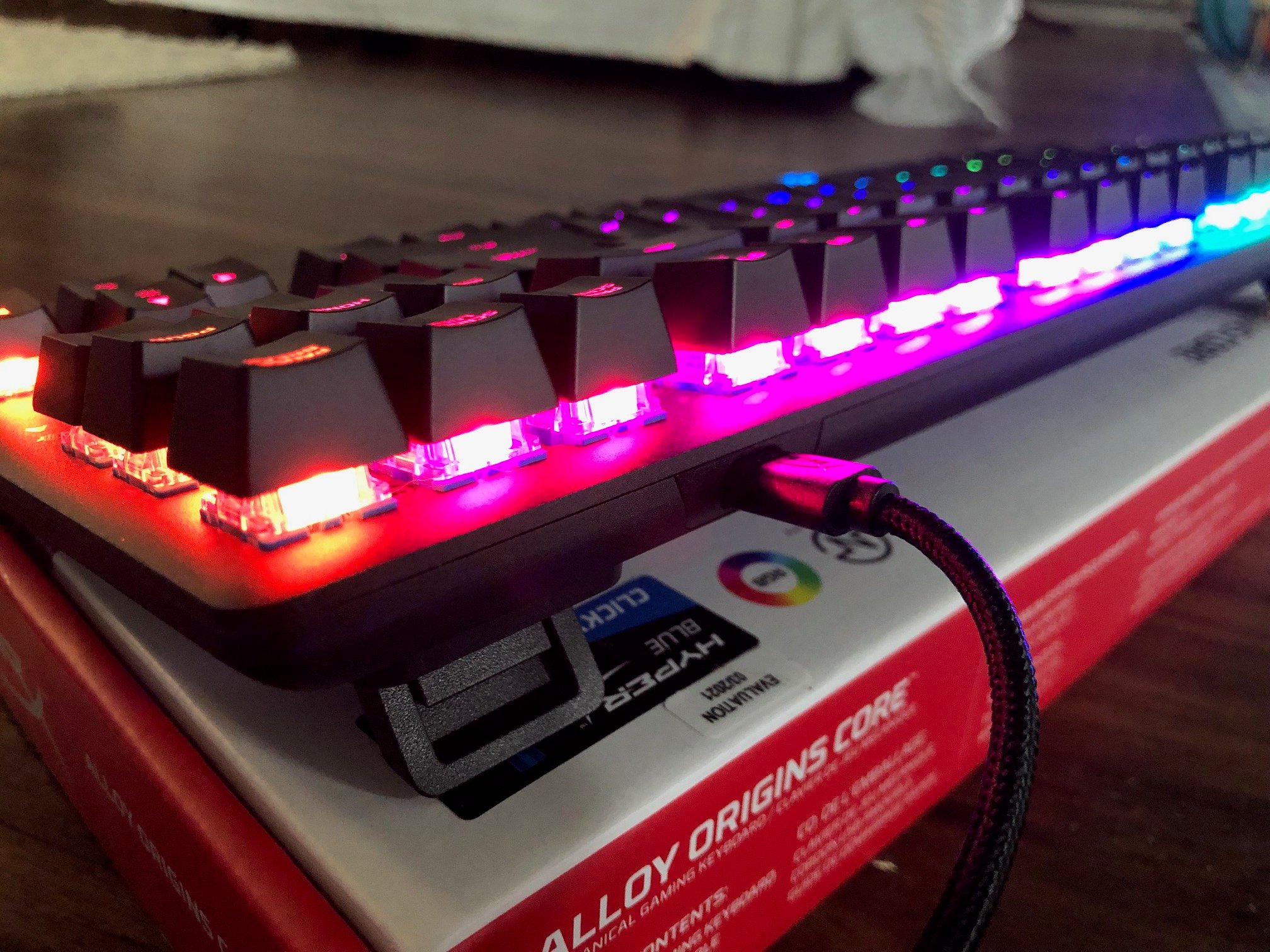 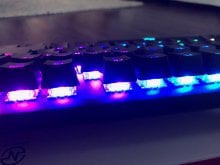 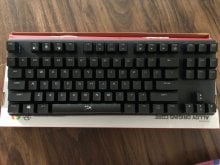 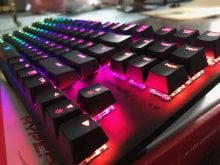 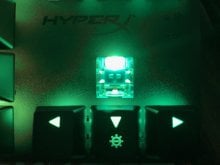 It’s a little surprising that the keycaps are so cheap, because very fortunately, the rest of the keyboard is not. Quite a few keyboards I’ve covered these days have the horrible habit of key rattle, which is what happens when a manufacturer skimps out on putting some nice dampening foam at the bottom of the mounting plate. Otherwise, you’ll be hearing all sorts of metallic whining and pinging, because the inside of the board is hollow. HyperX however, had the wherewithal to know that would happen, so the Alloy Origins Core only lets you hear the lovely loud clacking of your switches, and nothing else--exactly what you’d want from a keyboard. The whole case is made from this finely textured aluminum, too, so it’s weighty and solid, but also not heavy or bulky; it’s just right.

HyperX outdid themselves with this keyboard--the Alloy Origins Core is a great-feeling keyboard, and it hits all the right spots that a good gaming keyboard should, from the case, to the RGBs, and especially the star of the show: their switches. For $89.99, this is a standout mechanical gaming keyboard, and if you’re wanting a gamer keyboard (and you’re not ready for the world of niche keyboards and all that it entails), it’d be hard to do better than this one. 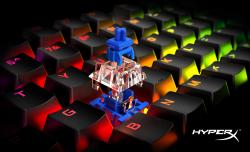