A collaboration of the ages: HyperX and the revered Ducky have created their own special version of the beloved One 2 Mini keyboard.

The world of niche keyboards is a fantastic one, full of so many types and specfications that it's enough to make your head spin. When a newcomer is introduced to that expanse of knowledge, one of the first things they're taught is the allure of Ducky--a brand of imported keyboards from Taiwan--that have been exploding in popularity lately, thanks to Twitch streamers singing their praises. Their minimalistic style and tiny size have many eSports gamers claiming that Ducky keyboards help them play better, as the reduced keyboard size allows for a larger mouse space. However, despite the hype, the Ducky brand has never broken into the mainstream gaming keyboard world, even though it's more popular than ever. That leads us to the present day, where two worlds have collided: HyperX and Ducky have collaborated for a new take on an established keyboard, the One 2 Mini, taking the well-loved Ducky size and build quality, and mixing in HyperX's exclusive Red keyswitches. Is this a match made in heaven, or should they not have messed with supposed perfection?

When it comes to the "mini" in the Ducky One 2 Mini's name, they sure weren't kidding; the keyboard is incredibly smaller than a typical full-size, and even makes a tenkeyless keyboard look fairly large by comparison. It's a 60% keyboard, which means the board only features the bare necessities--no F keys, no arrow keys, no navigation keys, and obviously no number pad. The lack of arrow keys is perhaps the only bothersome detail to gamers, but fortunately the Ducky keyboard offers small switches on the back that allow you to swap between different profiles and layouts which can give you arrow key functionality. In fact, you're given a great deal of customization over the keyboard through complex macros--which are done without any PC-side software whatsoever--including the ability to control your mouse via the keyboard. These macros can be a little confusing to set up initially, and it can take a while to adjust if you're coming from a larger keyboard, but they're certainly useful to advanced users. 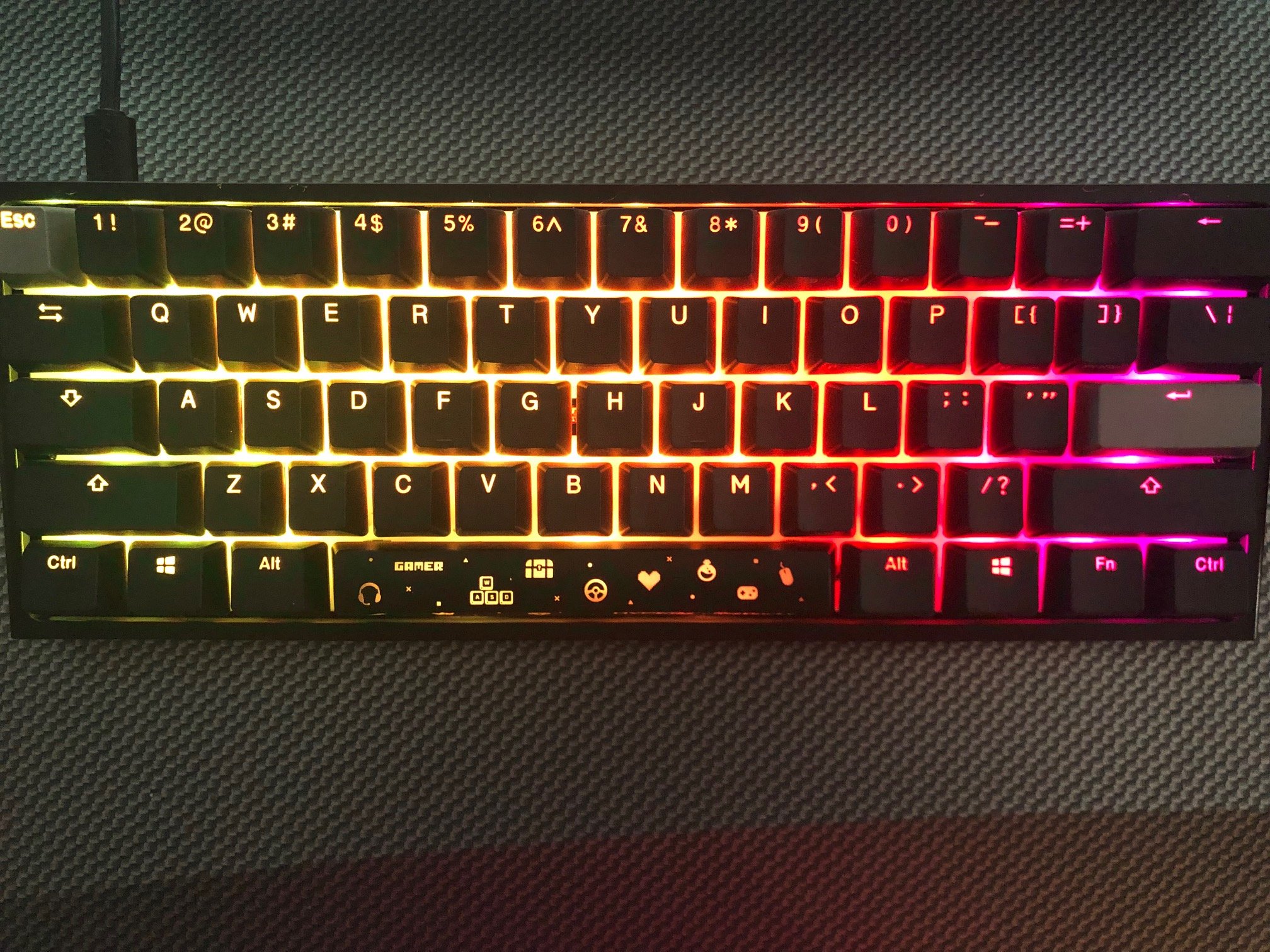 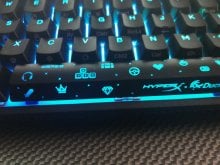 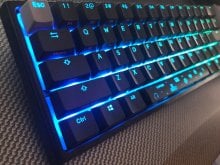 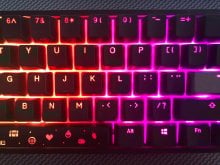 As this is HyperX's limited variant on the Ducky One 2 Mini, it of course features the former's latest linear keyswitches. Requiring 45g of force to actuate, they're pretty much on par with the more common Cherry MX Red switches, just with a few smaller differences. HyperX's switches are rated for far more overall lifetime use compared to Cherry--which is important as this board isn't hot-swappable--and the travel distance is just a hair less than the competition. The typing feel, however, is almost indescribably better. How keyswitches feel to type and game on will always differ from person to person, and in this case, I've never liked Cherry Red switches, but the HyperX versions are much smoother and bouncier to type on, giving great feedback on each press, while still being ridiculously fast. It's a shame that HyperX doesn't offer their Aqua or Blue switches in the One 2 Mini, but these reds should be just about perfect for anyone wanting to game with this keyboard.

HyperX has included black PBT keycaps with great shine-though and lettering that won't fade over time. PBT is always a delight to see on keyboards, and it's no different with the One 2 Mini. They're high quality and smooth, without being slippery--exactly what you want out of a nice keycap. And you get a special etched spacebar, as is Ducky tradition. It gets better when you pair the keyboard with HyperX's previously released Pudding keycaps, which results in a fantastically glowing keyboard that might as well be every RGB lover's dream. The keys are so close together that the RGB effects blend together and give the One 2 Mini a look unlike any other keyboard with pudding keycaps. 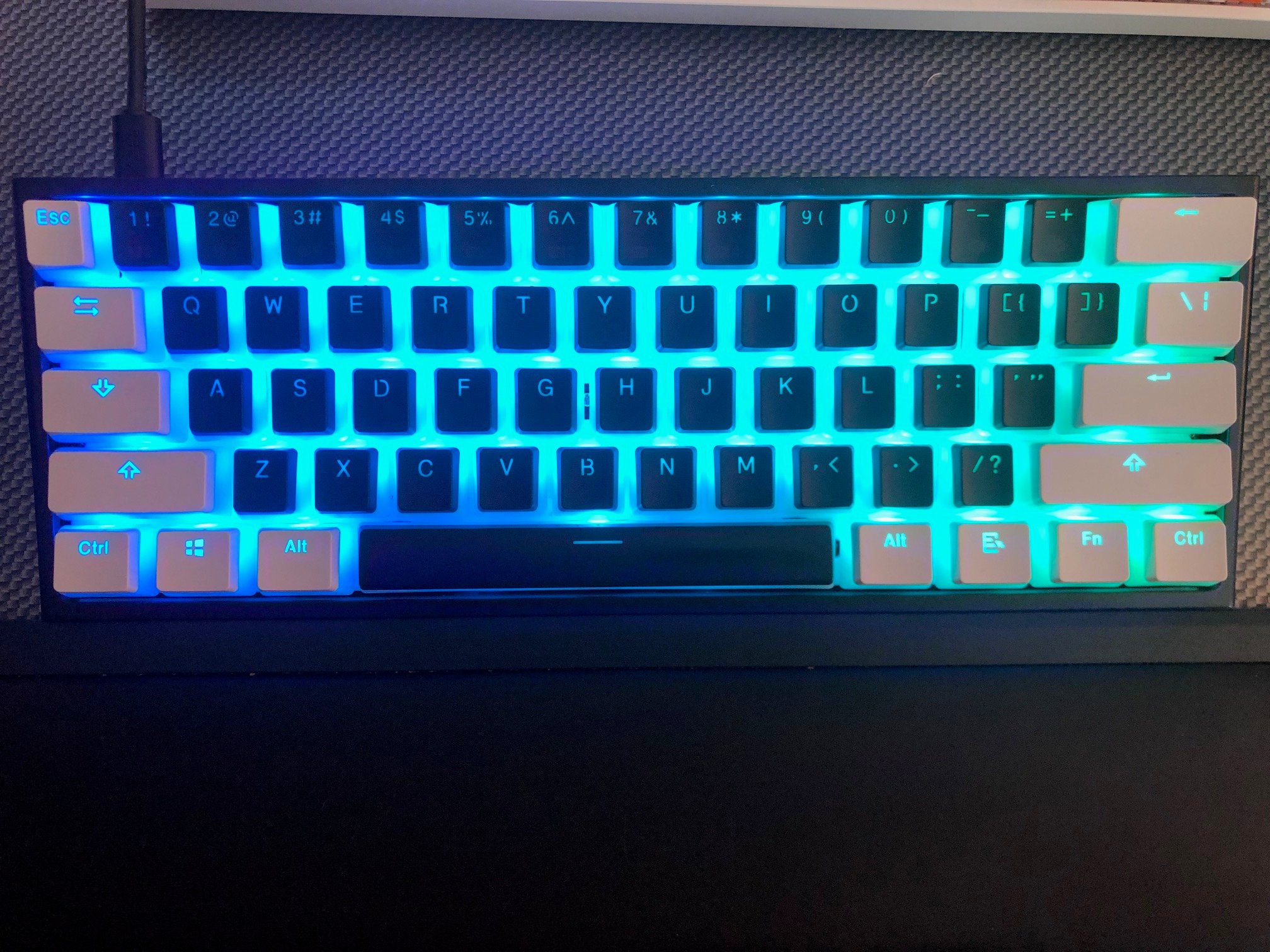 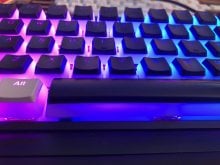 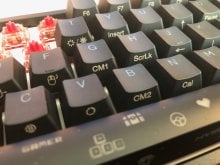 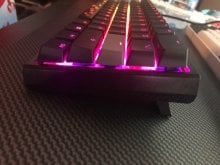 The only really disappointing thing about this version of the One 2 Mini is its plastic, highly glossy body. Given that the regular Ducky One 2 Mini is plastic as well, it makes sense, but having an aluminum or more solid-feeling base would be a drastic improvement. As it is, the body of the keyboard is fine--it's not cheap at all, but it's clearly not as premium as the rest of the keyboard.

Typing feel may be my primary focus, and where I make the most judgement, but I'd be remiss to not mention how luxurious it was to play games on the One 2 Mini as well. Playing WoW Classic was absolutely lovely, as I never had to reach far for any of my hotkeys and given that you use a mouse for the camera, the extra space allowed by the keyboard let me make sweepingly large movements. Shooters are where the keyboard likely shines the most, as the short keyswitch travel distance coupled with expansive space for the mouse to occupy let you move incredibly quickly and spin around to aim at just about anything. 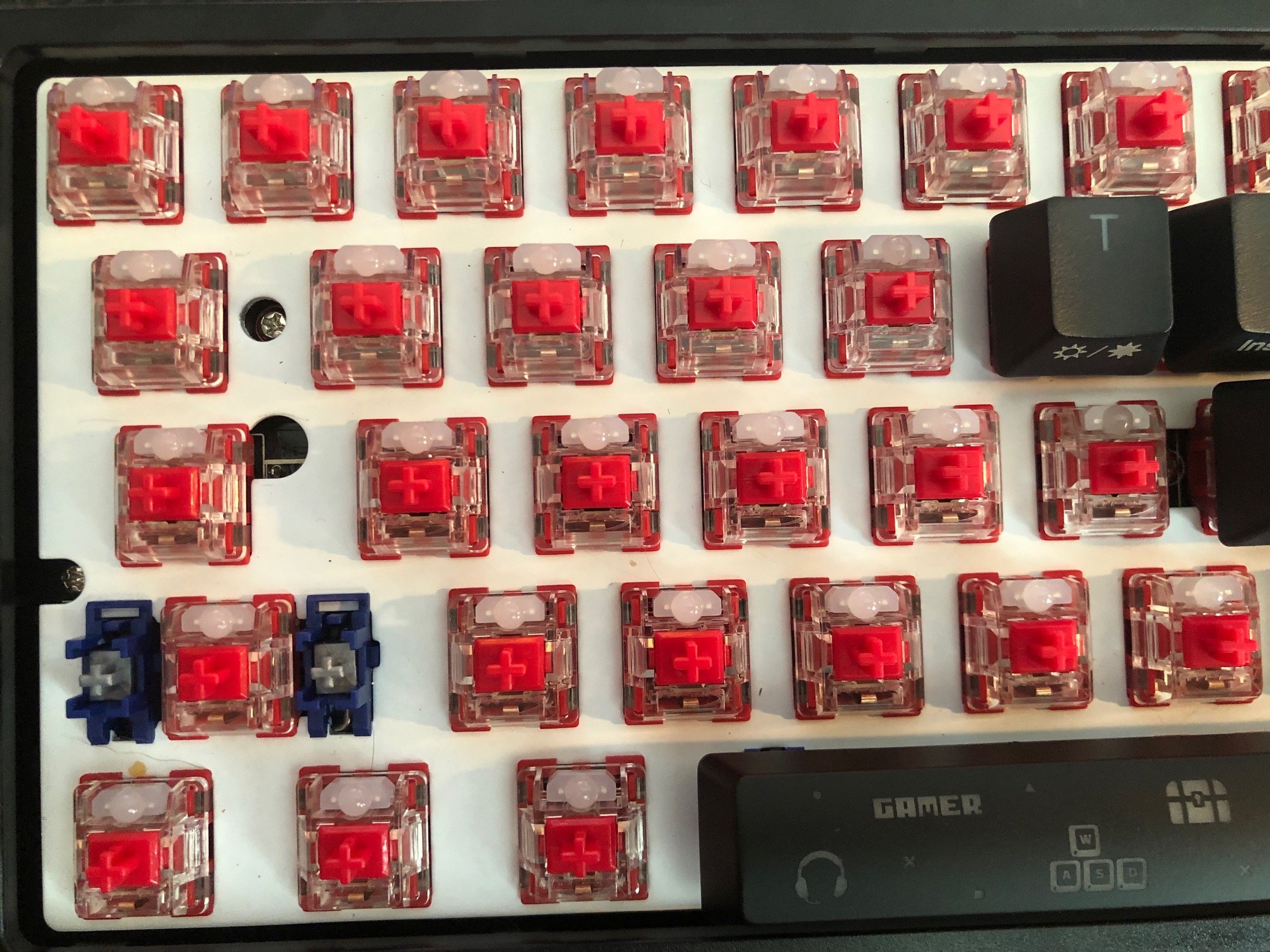 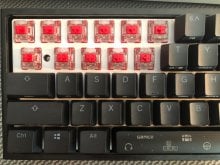 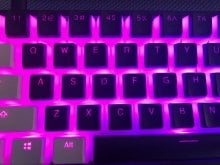 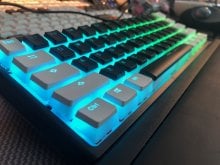 HyperX's Ducky One 2 Mini is a limited release, with only 6,500 of them being made, and, while this is understandable, it's also its biggest flaw, because it means only a fair few people will be able to try out such an amazing keyboard. If you're able to grab one for around the MRSP of $109.99, it is worth every penny. The only reason not to love this keyboard stems from its biggest selling point: the diminutive size, which can strip out some functionality in everyday use. If you're interested in trying out a Ducky keyboard to see what all the hype is about, grabbing a pre-order for this elusive keyboard is probably your best bet. We can only hope that we'll see further collaborations between the two companies in the future. 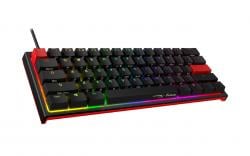