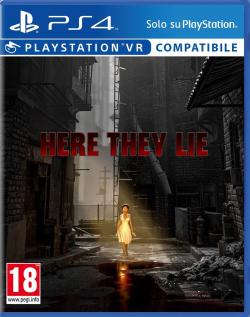 Here they lie was an interesting title from the get go when I had first heard of it. A psychological memory experience gone bad in a creepy town full of echoing footsteps and relics of your shambled past. Of course, there are some creepy ghosts and other monstrous things lurking around every corner but hey, the focus is still the psychological thrill... I think.

The game takes place in a creepy and incredibly blurry black and white town. I'm being 100% serious when I say black and white, and blurry by the way, as the only color you'll see at the beginning of the game is from memory of your loved one and the occasional burning flames in some areas. The blacks and whites and occasional grays and browns all blur together in an ugly mess in VR and was an instant break of immersion for me when I played this game.

The plot centers around a mystery involving your lost loved one. You are given next to no information about her, other than you are searching for her. It gives the game a sense of confusion and loss that forces you to explore the areas for clues to push yourself forward. I didn't particularly mind this bit as it allowed me to explore the space I was in very freely and gave me a sense of vigilance when I spotted more audio diaries and clues to further the story. The only issue I took from this is that the entire plot is centered around your own exploration. If you rush, miss things, or are careless in anyway you lose information and understanding of what the game is about and what the hell is going on around you.

The game does try to help you out by scattering ringing phones that you can listen for and try to find in the virtual space, (which works rather well I might add,) which will feed you more plot details from narrative dialogue. The ringing phones will also essentially guide you on the proper path, as it is easy to get lost in the relatively large cityscape you are traversing at first. This isn't particularly the players fault of course, not when everything around you looks exactly the same. It's all the same washed out whites and grays that blend into a rather dizzying and overwhelming sense of confusion. I suppose the game was attempting to achieve this in the first place to add tension to your gameplay, but in the VR space it is incredibly frustrating and tiresome.

When the game does decide to add in splashes of color and more atmosphere, it is actually much more immersive and enjoyable. The red-light district of Amsterdam was gruelingly haunting and terrifying. Masked madmen litter the streets and keep you on edge as you try to barrel your way through the tight and claustrophobic streets trying to make sense of what's happening around you while also trying to focus on your objective.

But so much of the game is lent to being a simple walking simulator with no combat or other actions to perform that it is downright frustrating to sit through. Tension eventually fades into impatience just waiting for something creepy to finally happen. Fear will slowly spiral into exhaustion as you keep turning your head to look around you for whatever it is you're supposed to find to further the story.

VR game or not, Here They Lie lacks impact, lacks a cohesive plot, and lacks anything truly enticing to keep you playing. 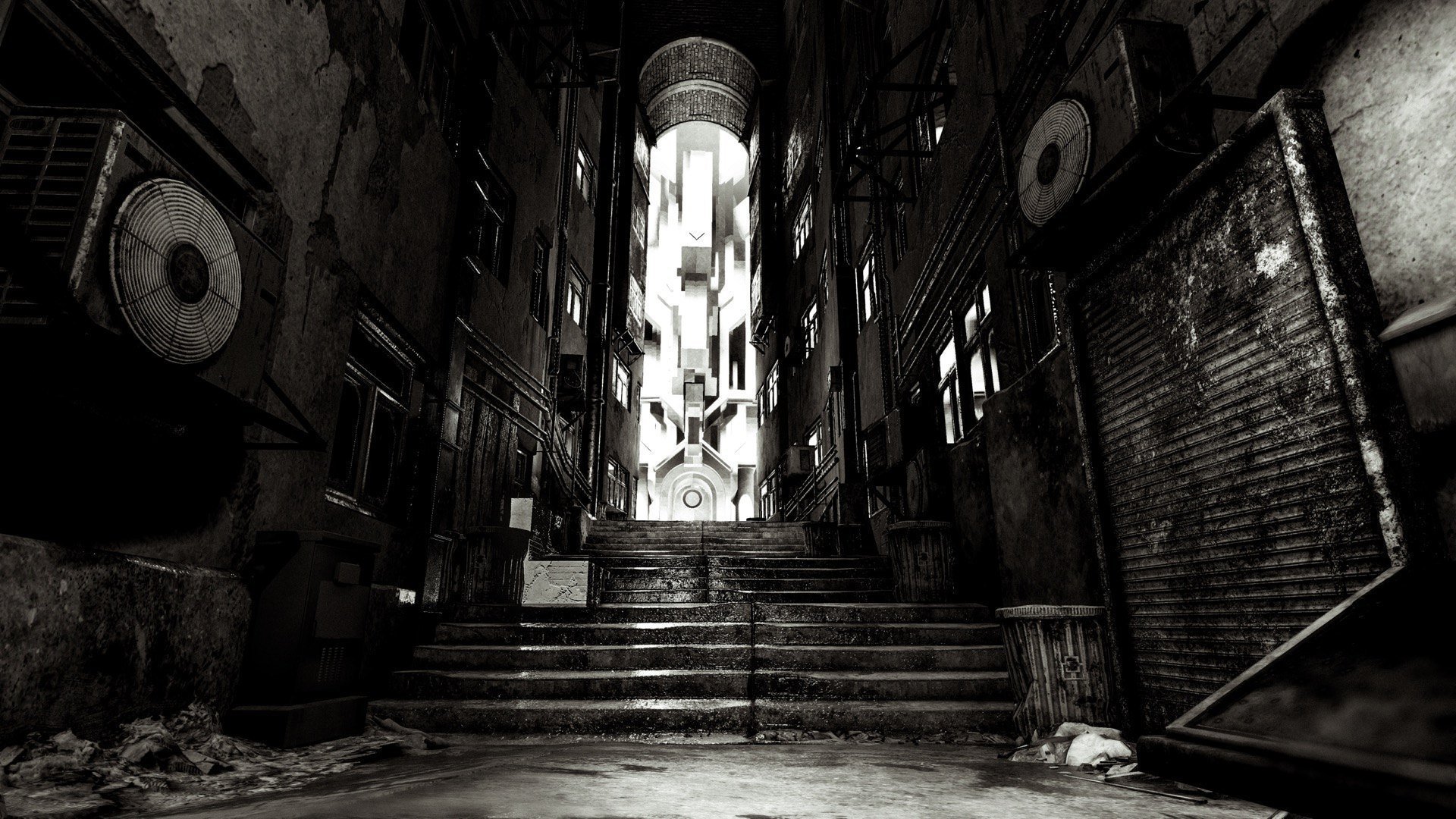