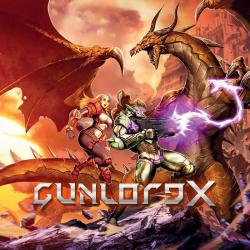 It’s a Contra, it’s a Turrican! Wait… It’s a Gunlord X! At only $10, this is such a fun and short game reminiscent of older Run 'N Guns that I just had to give a quick review to encourage others to give it a shot.

Back in the days of yore (late 80s-early 90s), Run ‘N Gun and Metroidvania games were all the rage. Everybody and their mother was trying to make the next Turrican, Metroid, or Contra. Unfortunately, as technology progressed and gamer tastes changed, the genre sort of fell out of style. Then in 2012 NG:DEV.TEAM releases Gunlord for the Neo Geo and Sega Dreamcast. At this point the Neo Geo was 22 years old and the Dreamcast was 13. The Wii U just hit the shelves and the PS4 and Xbox One weren’t far behind. 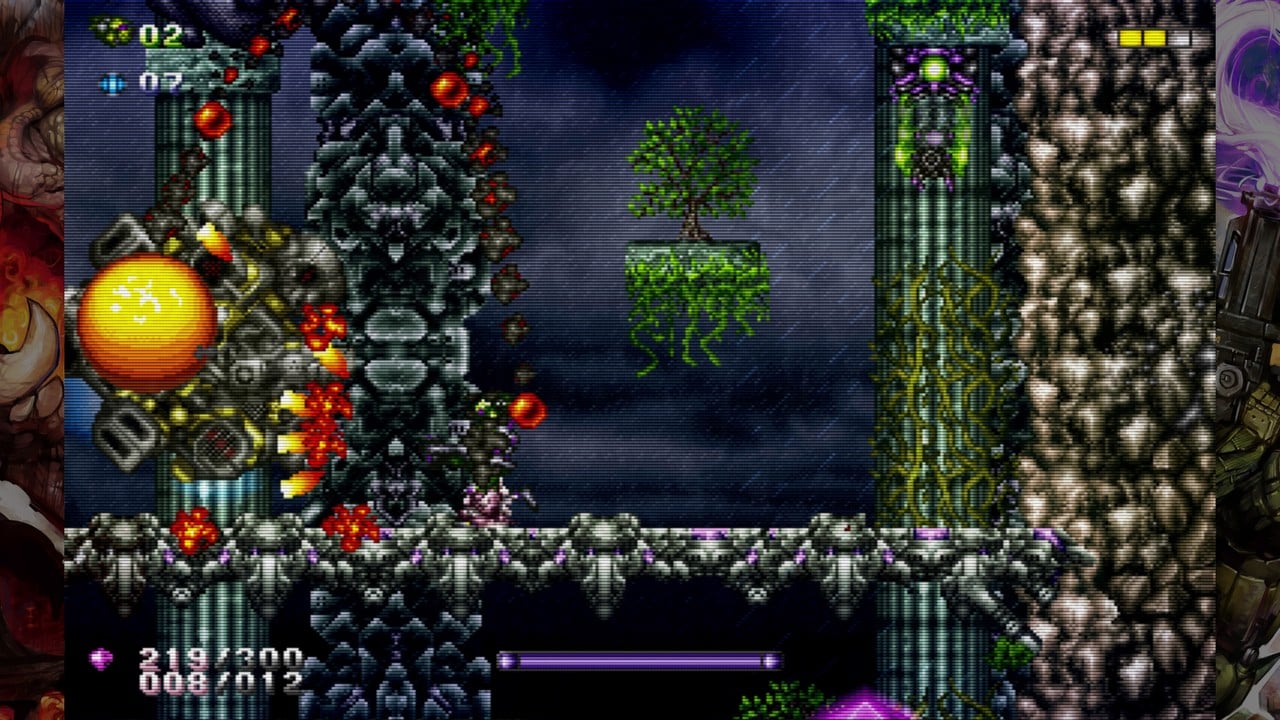 Yet, even though it seemed the time for Run ‘N Gun video games had passed, those who had the opportunity to play Gunlord were overjoyed to finally play what is probably the coolest spiritual successor to the original Turrican which released in 1990. Today, an improved version of the game titled Gunlord X is available for Nintendo Switch and PlayStation 4, but is this game really worth your hard earned $10 in the early days of the new decade? Hell yeah it is! 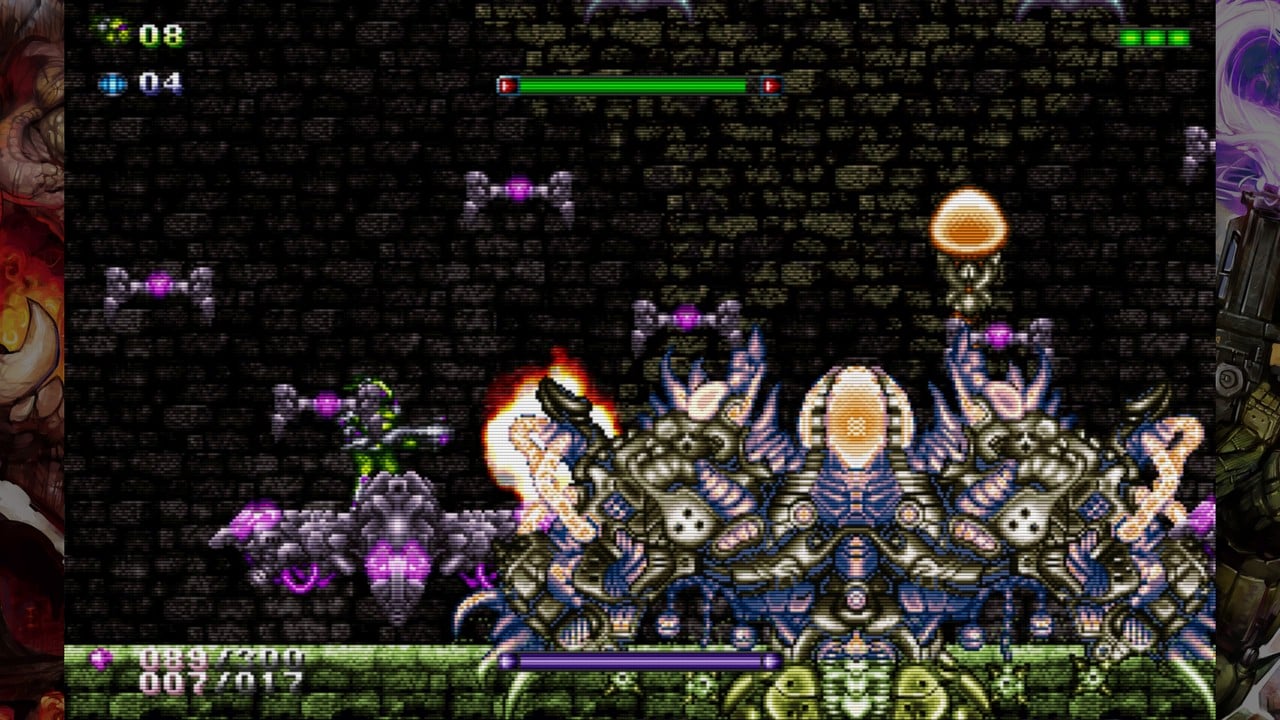 Gunlord X is the definitive version of the game, and by far the easiest way to play it today. Throughout the game’s nine main levels and final boss, there is never a dull moment or any lag whatsoever. I had the opportunity to play the PS4 version of the game and even with tons of sprites on the screen at once, Gunlord X seemed to keep a consistent 60 fps. The high quality pixel visuals are great and while they wouldn’t necessarily look out of place in the early 1990s, this game greatly benefits from today’s hardware to allow it to pack so much on the screen at once. 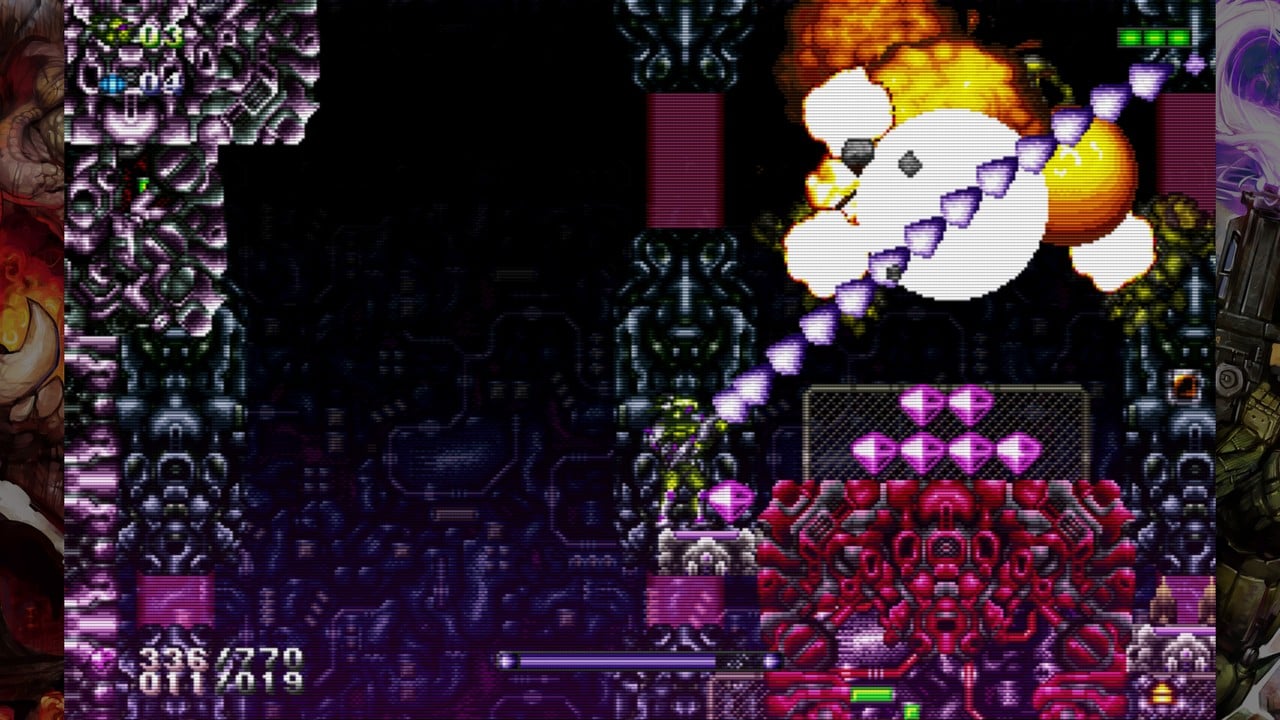 This game’s levels vary in size and style. Some levels are short platformers with a final boss at the end, some are constantly scrolling horizontally, some require you to fly on your jetpack the whole time, and some are longer with mini bosses as well as regular bosses. The game keeps you on your toes in terms of variety and each level is full of secret weapons and diamonds for you to collect. 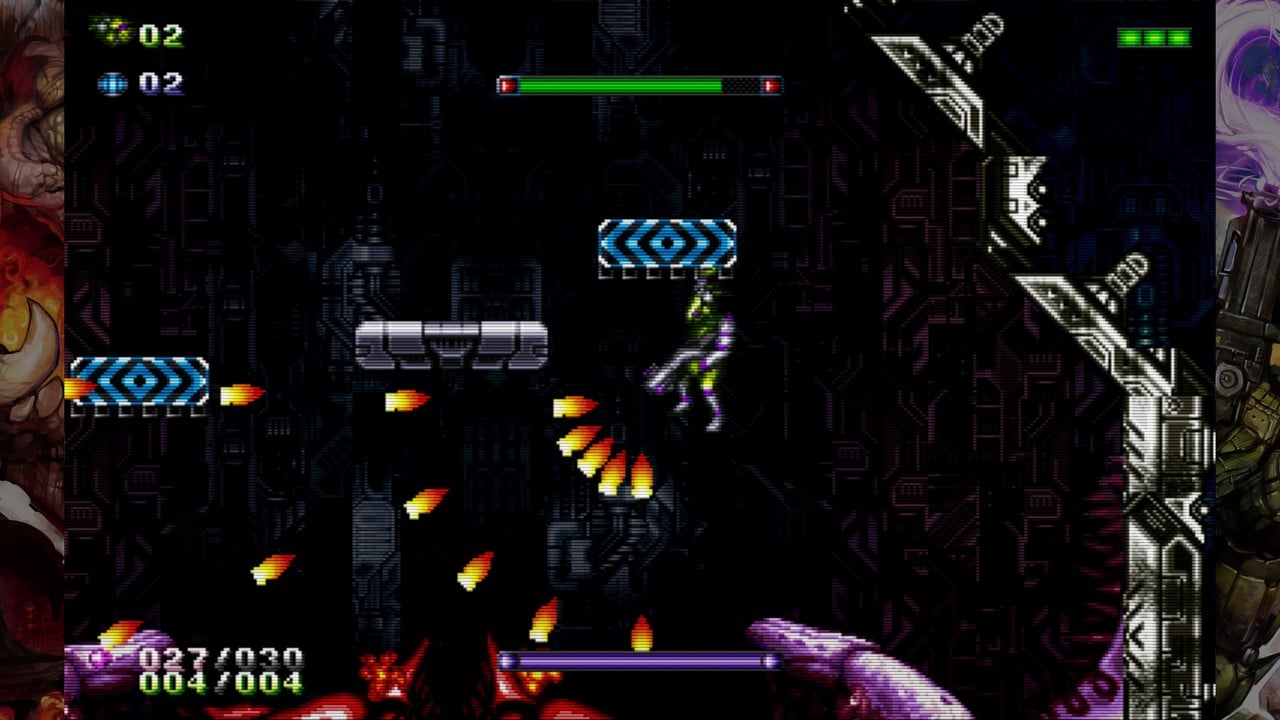 Gunlord X certainly has challenging moments, but I never felt so stuck that progressing seemed helpless. Like most games, trial and error helps here and I would argue that the difficulty peaked in the third level and then was easier for much (but not all) of the rest of the game. 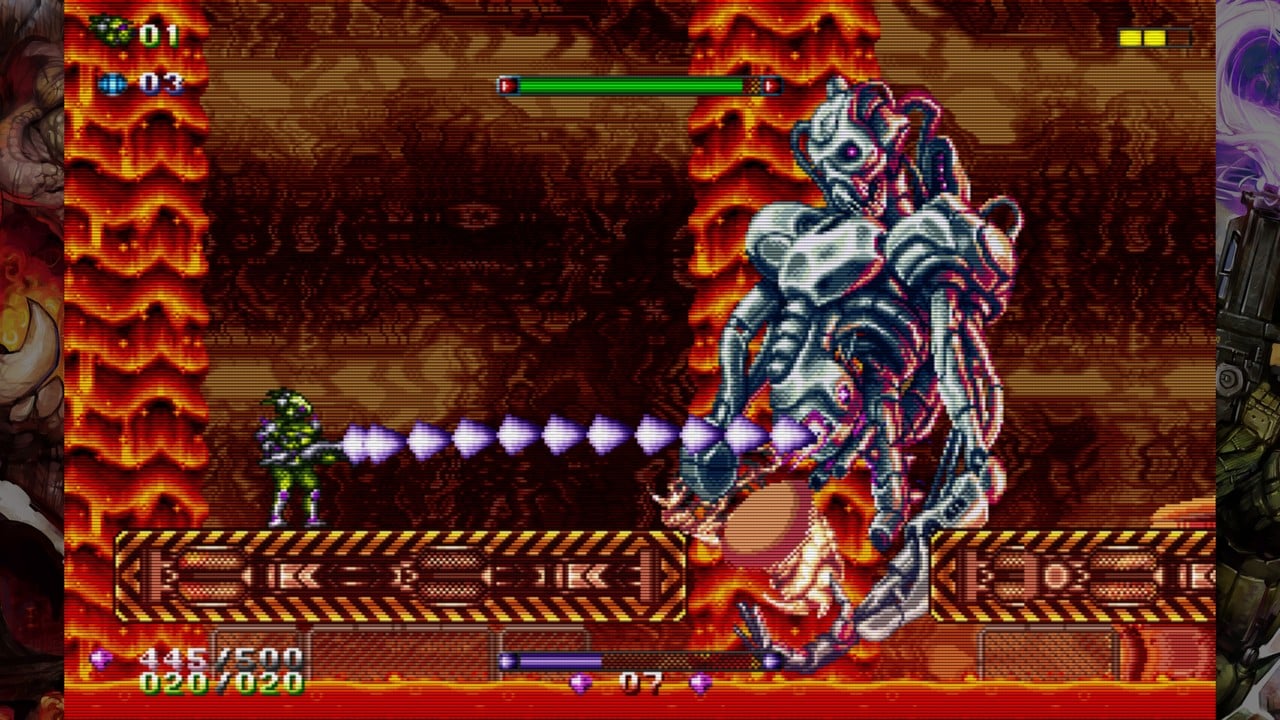 The soundtrack by Rafael Dyll was great and very effective at putting me in the mood to keep exploring and shooting. Unfortunately, the game is rather short and can be beaten in only a few hours. I have a tendency to fully complete a level before moving on so it probably took me a good five or so hours to complete everything the game had to offer, but I imagine it can be beaten in approximately an hour if you were to just rush through it. Even if it was relatively short, I couldn’t help but sit in my chair staring at the TV for a good few hours until I uncovered every secret Giant Diamond, beat every level, and eventually platinum the game. I just hope that this game succeeds enough to encourage more developers to keep this genre alive. 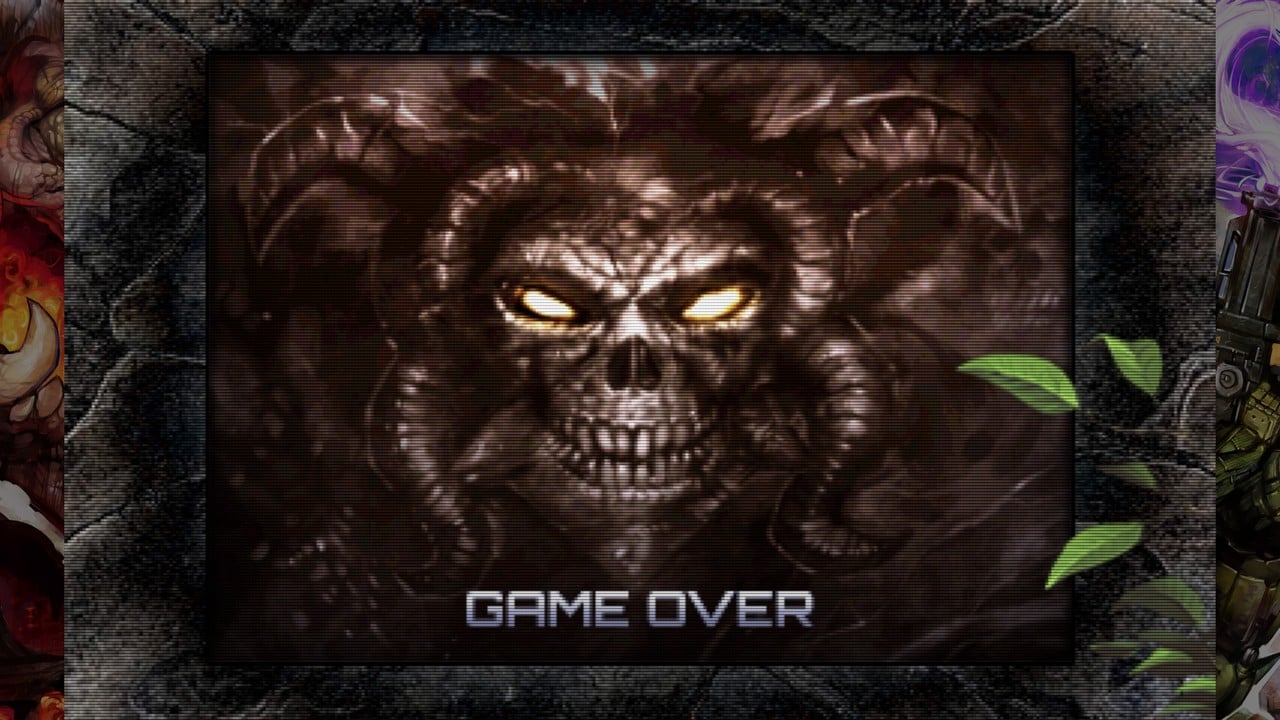