Glorious beckons you to create an outrageously expensive keyboard, but one perfectly befitting of the PC Master Race.

Custom keyboards are dominating the market as of late. Gaming manufacturers are widening the variety of keyswitches and layouts of keyboards that they offer, while more enthusiast companies are taking things to the extreme by crafting keyboard kits that let you personalize every aspect yourself. Glorious, one of those very companies to have lead the original charge, is back to dominate the custom keyboard market by offering the GMMK Pro. It's a barebones super-premium keyboard with all the accessories you could ever hope to play around with...sold separately. For those looking to get the most bang for their buck, can a mere shell of a keyboard ever be worth $169.99?

Yes, that's right: $169.99 won't even get you a complete keyboard. All the package consists of is the board, no keys; on top of that, each individual item you need to craft a full keyboard has a pretty hefty price tag. A mere $49.99 will get you a cable. A coiled retro-aesthetic cable, yes, but it is just a cable. Keycaps will set you back yet another $50, and so will the Glorious Panda switches you're going to inevitably want too. If you're going to absolutely crazy with this and commit to what Glorious presents as the dream build for the GMMK Pro, you'll end up paying over $300. At the same time, $300 is just a drop in the bucket when it comes to the rabbit hole of custom keyboards, where the RAMA WORKS keyboard exists and costs around $1000. That being said, the GMMK Pro is not for newbies--this is a kit designed for those that know what they want out of their keyboard, and it more than succeeds in that department. 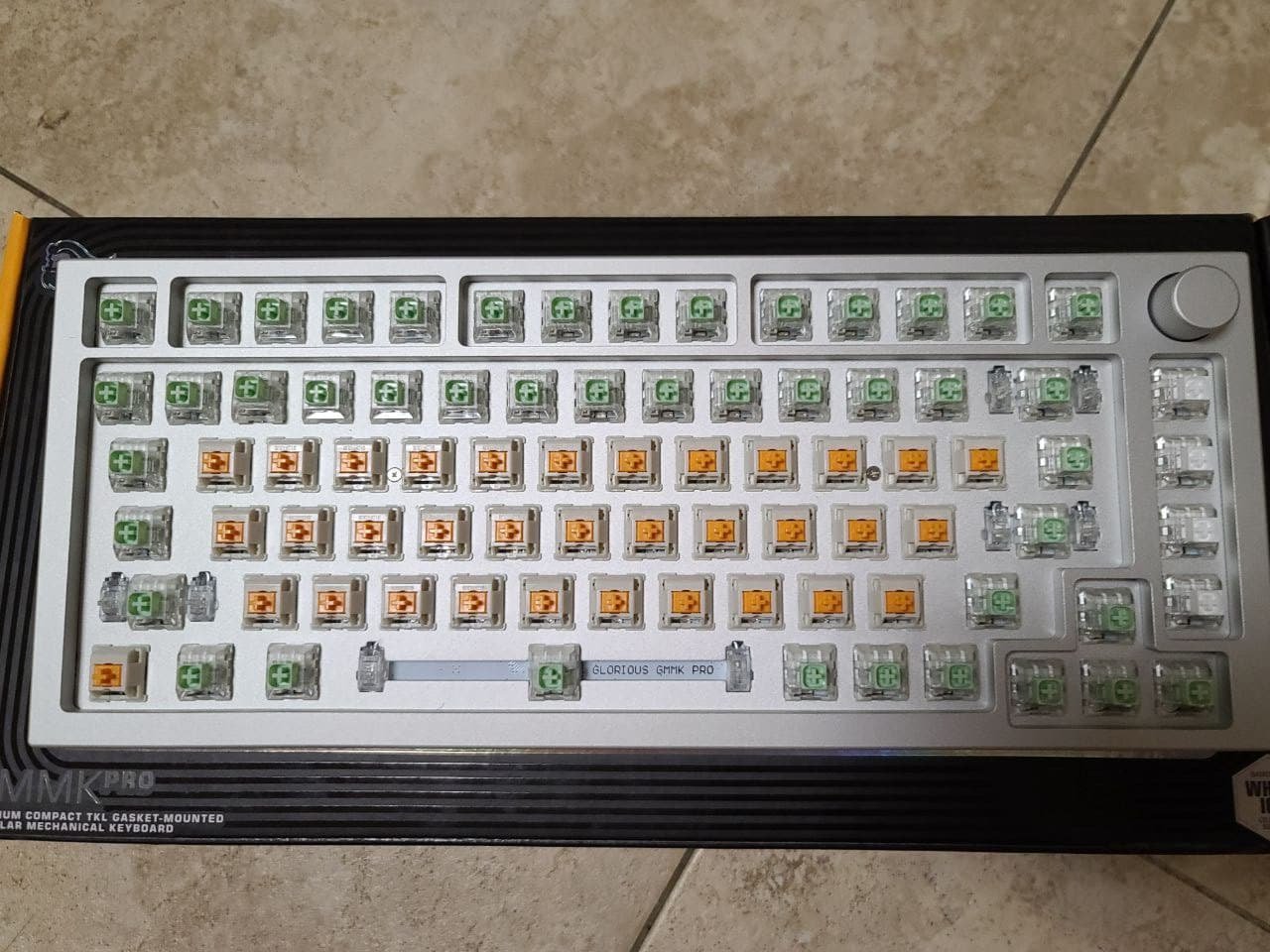 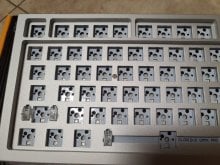 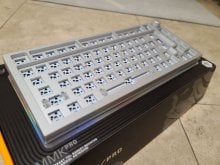 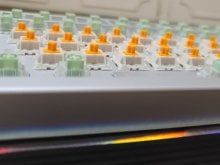 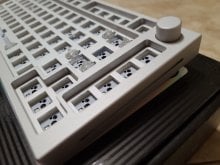 Utilizing a gasket-mounted mechanism, the GMMK Pro has an incredibly unique typing feel, no matter what kind of switches you use. Whenever you type, that gasket system allows the mounting plate to bounce a little, giving you an extra bit of tactility to each press. It's not an awkward flex of the mounting plate or anything involving low quality internals; the GMMK Pro's components are all very solidly in place--this is done completely intentionally. The experience is unlike any other keyboard that I've tried. As funny as it sounds, it's downright fun to type on this thing, and is without a doubt one of the best aspects of the GMMK Pro.

Another detail that backs up the overall quality build of the GMMK Pro is the foam dampening it has underneath. There's zero pinging or rattle--nothing but the sound of the keyswitches being activated when you type. It's, well, to put it simply, glorious. A lot of the sound profile will come from what switches you decide to put in there, but if you go for Glorious's own Pandas you'll get this really nice, satisfying low-pitched click-clack that isn't loud enough to be annoying, but also enough that you can hear every pleasing press of the keys. I find myself consistently amused by the almost melodic sound of the keyboard when typing on it. 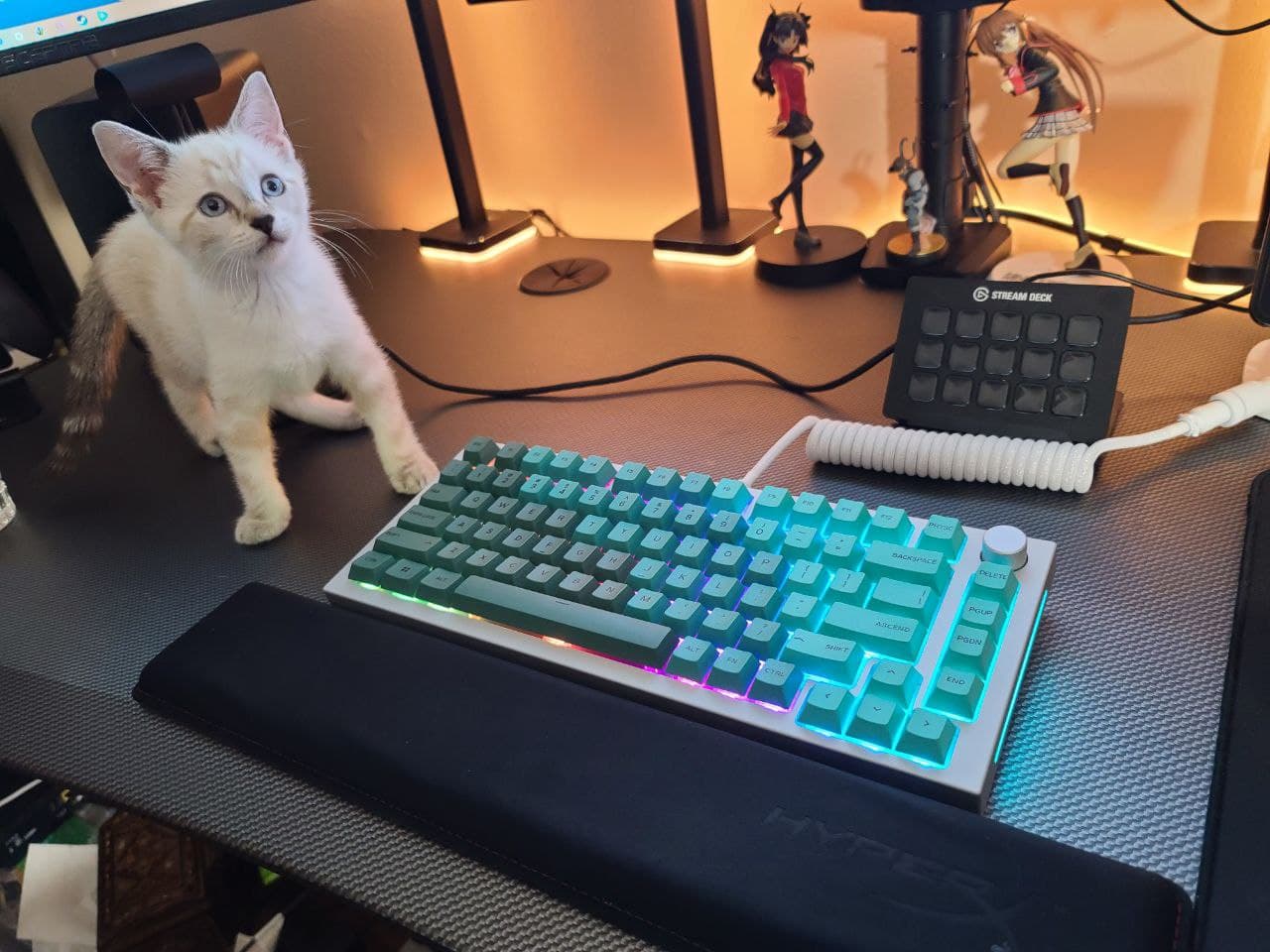 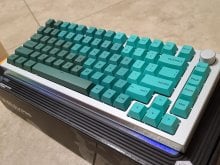 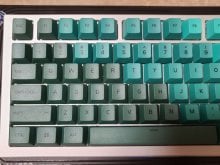 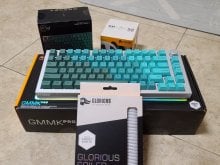 Glorious tends to go all out with their whole "PC Master Race" marketing claims, and for the most part, they do live up to the hype, however in the case of their self-titled "GOAT (greatest of all time) stabilizers", they came up a little short. I wouldn't say that they're bad, per se, but the stabilizers in the GMMK Pro are underwhelming in action after having heard all the aggressive marketing fluff about them. The GOAT stabs will hands-down beat most gamer keyboards on the market, though I would have liked to see them have a bit more lube applied to make those specific keys feel a little smooth. Really though, they do a good enough job, and they might only bother you if you've messed around with higher-end, fancier keyboards with 3DS-firmware-tier stabilizers.

Regrettably, the GMMK Pro only comes in a single layout style: 75%. It's not quite as large as a TKL, but has a few more keys than a 60% minimalistic keyboard--most importantly, the arrow keys, as well as a few navigational buttons. To top it off, the top right corner features a weighty and satisfying knob, primarily used for media control, though it can be programmed to do more than just that. For me, this is the perfect kind of layout, because I never find myself using the numpad--all I care about for gaming are the arrow keys, which are present here. It can be a little disappointing if you prefer larger keyboards, but the 75% layout is a good compromise. 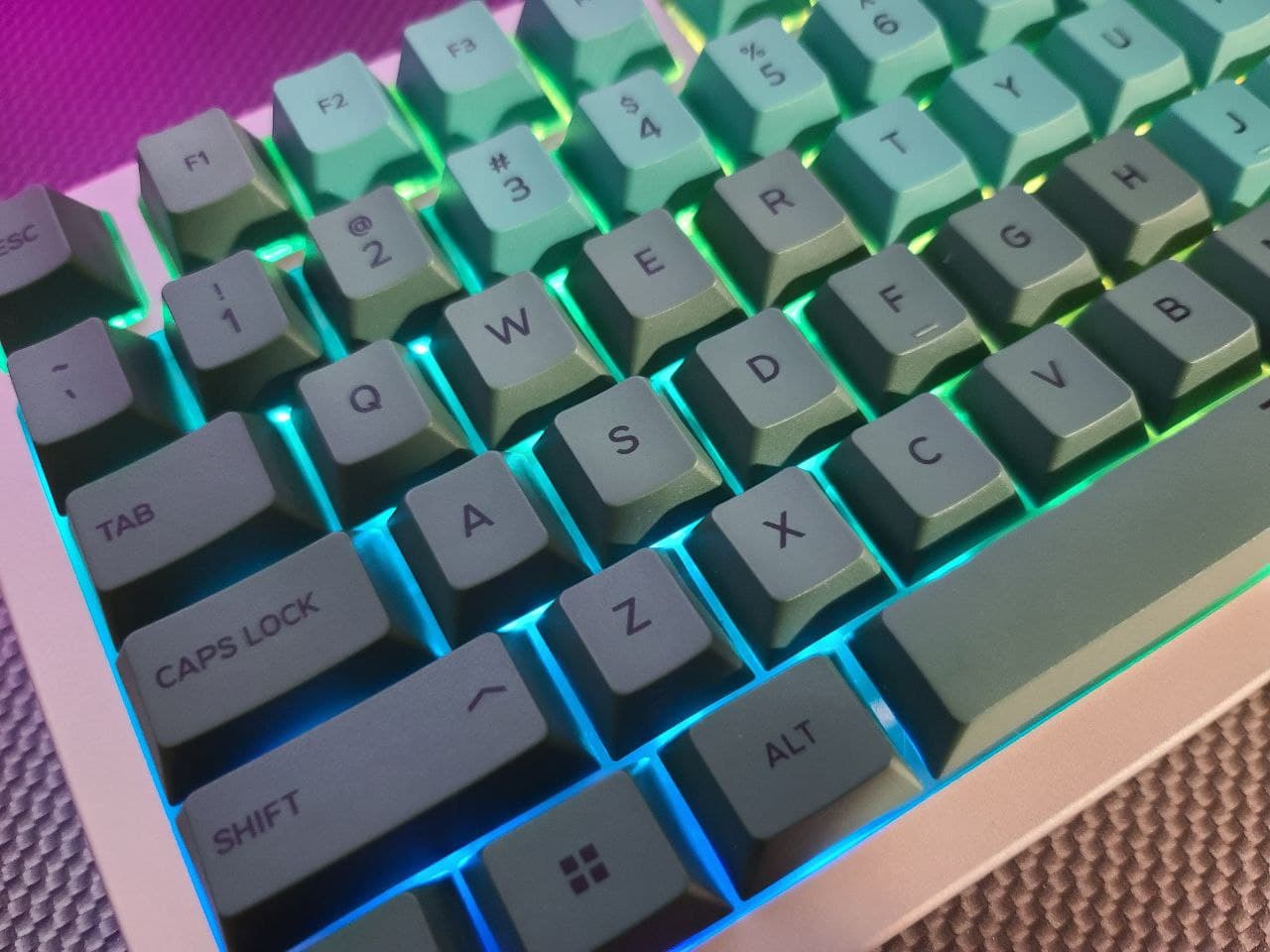 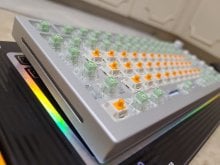 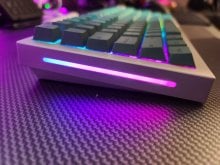 This is just about the end-all-be-all of custom keyboards. It has everything you could possibly want, with its tank-like build quality, exceptional feel, sharp look, and customizability. The price tag is hard to see past, but given what you could expect to pay for other similar custom builds, you get your money's worth with the GMMK Pro. It's not perfect, but it's pretty darn close to it. 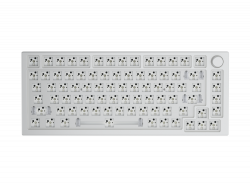