When they said the PC gaming master race was glorious, they weren't kidding. Say hello to the keyboard that's as modular as your PC.

When I initially began my keyboard journey, I didn't expect it to turn into the obsession that it did. It wasn't too long ago that I reviewed the Tecware Phantom--an entry-level gaming keyboard for those on a budget--and dove headfirst into the world of keyboards, slowly learning all the terminology: switches, keycaps, stabilizers, tenkeyless, full-size, ABS, PBT and more. Just over a year later, I've reviewed over half a dozen keyboards on GBAtemp, from niche to mainstream, wired to wireless, and everything in between, and I find myself feeling that much more knowledgeable about keyboards in general. That's how we've ended up here today, at a review for keyboard from Glorious, the PC Gaming Master Race.

As their branding so boldly informs you, from their logo to their catchphrase, this is a keyboard made for the elite of the elite, the creme of the crop, for those that wish to ascend to the one, the only, PC gaming master race. It's easy to be skeptical of such bluster and marketing terms, but it also makes the brand stand out, and that's an important factor in a market so inundated by dozens upon dozens of mechanical keyboards. But while it'll get the name out there, what really matters isn't the hype or amusing stickers that come with the keyboard, emblazoned with the word "ASCEND,” it's the product itself. 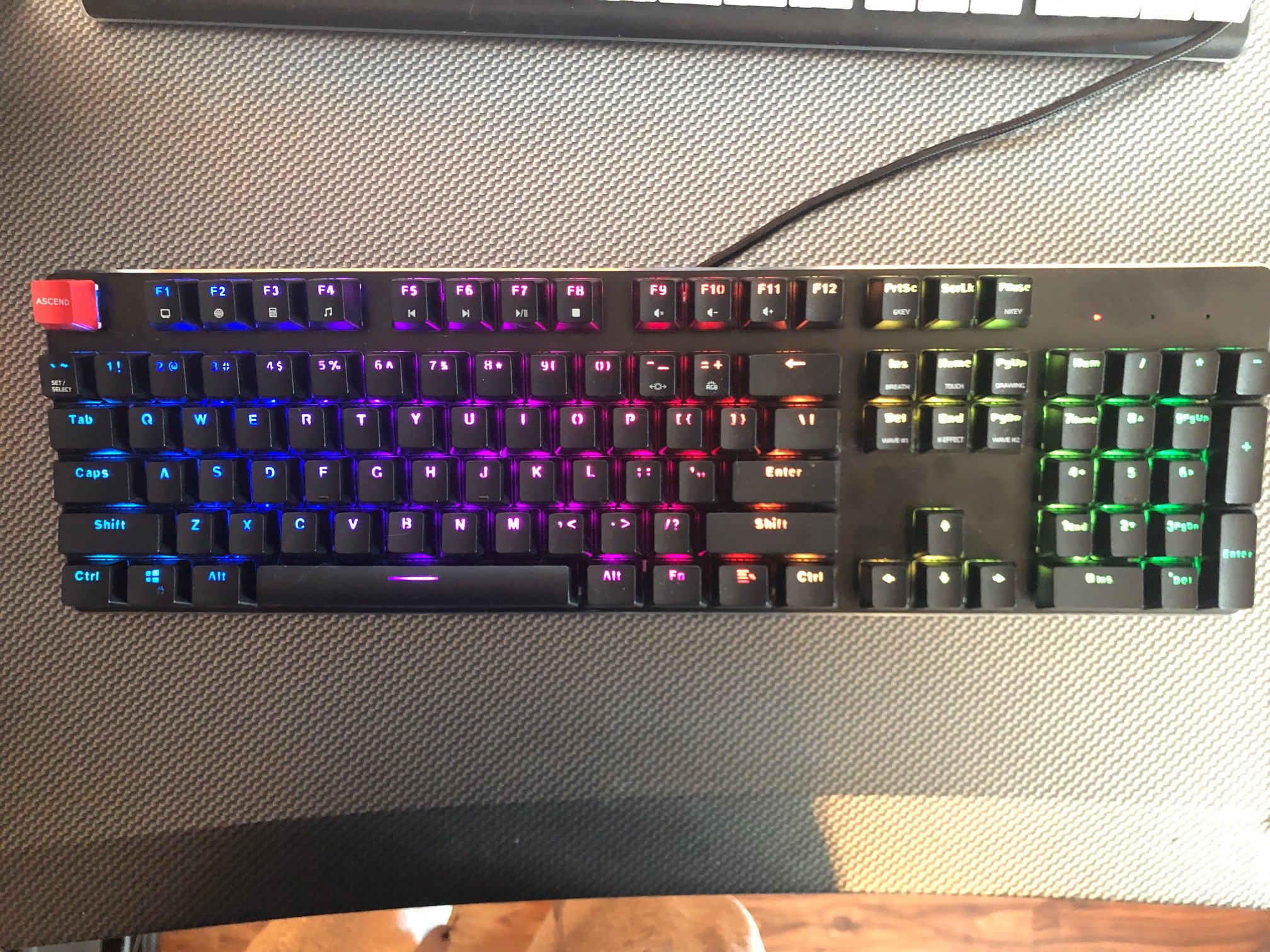 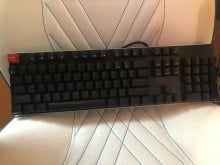 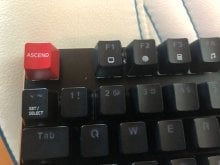 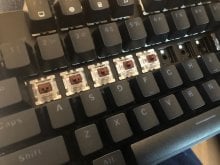 Usually, when you purchase a keyboard, you find which one you like best, then you select the keyswitch you want out of an average selection of three, put it in your cart, and then you're on your way. However, Glorious changes that experience in a major way, by giving you far more customization options. Here, you can choose whether you want a full-size, tenkeyless, or compact (60%) size, pick from 14 different keyswitches that include exotic options like Kailh Purple or Gateron Clear, select a type of keycap that's white, black, or pudding/"aura" style, and, finally, add on o-rings, which dampen the noise output of your clicky-clacking keyboard.

The base selection retails for $109.95, and will get you a GMMK that comes in either white or black, in any of the three available sizes, with Gateron Brown switches. If you want to go absolutely all-out and create your perfectly cherry(switch)-picked board, then the absolute most expensive option is priced at $147.96, and comes with all the fancy bells and whistles. For $109.95, the cost is about on-par with other companies such as Razer or Corsair. Even if you go for the fancier customized selections, then the $40 or so extra is still fairly priced, given that some of these keyswitches are niche and are neither easy nor cheap to find regularly, and well-made pudding keycaps tend to be $20 on their own. 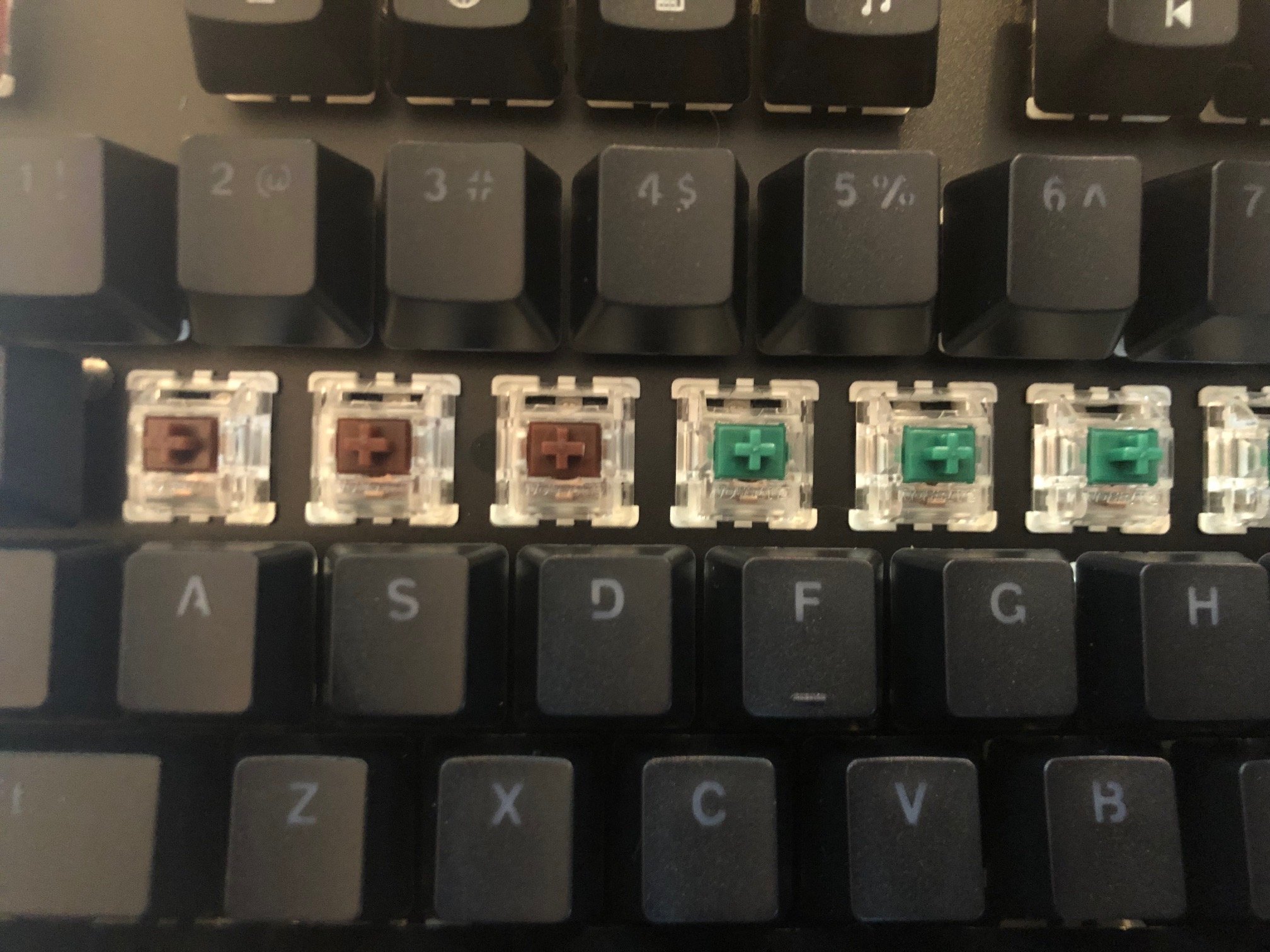 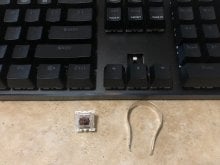 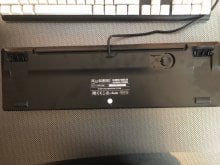 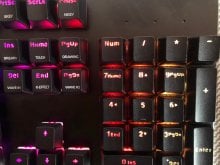 The keyboard itself is fairly standard: it has everything you've come to expect from a gamer product, like N-key rollover, RGBs, hotkeys/macros, and support for either ISO or ANSI layouts. Two places where the GMMK stands out are its stabilizers and its build quality. A lot of competing keyboards tend to use plastic for the frame of the board, which can certainly cut down costs, but will obviously impact how durable or solid the keyboard feels. Fortunately, the GMMK does boast an aluminum frame, and it is lovely. There is no bend or give to the board at all, and it's heavy enough to the point that it won't go sliding around your desk, either. As far as the stabilizers go, they're equally as great as the build quality of the frame; there isn't even the slightest of rattle to the keys, meaning there's no annoying squeaks or rattles—just pure, glorious keyboard clicky sounds. This is a place that a lot of gaming keyboards fall short, yet it is a pitfall that Glorious has avoided entirely.

The GMMK keyboard is a "hotswappable" one, meaning that the keyswitches are not soldered onto the board itself, and simply plug in. This lets you pluck the switches out and change them to just about whatever kind of switch you want--conveniently also sold by Glorious--giving the GMMK some major points in its favor. If something happens to your switches, as unlikely as that is, you'll be able to remove them and replace them, as the GMMK is entirely modular. Removing the switches is also incredibly easy, so long as you follow the directions and use the included tweezer-like tool.

For the model of GMMK discussed in this review, it arrived with Gateron Brown switches, which feel nice and far less "scratchy" than their Cherry MX equivalent. Browns are great for gaming, as they're smooth, yet offer a nice tactile bump right at the end of their actuation. Personally, I've never been a fan of browns, though, and went through the process of replacing each of the board's 104 keys to Gateron Greens--a nice satisfying and clicky switch that feels lovely when it comes to typing. Initially, it seems intimidating to have to replace each switch, but once you've got the method down, it's surprisingly simple. 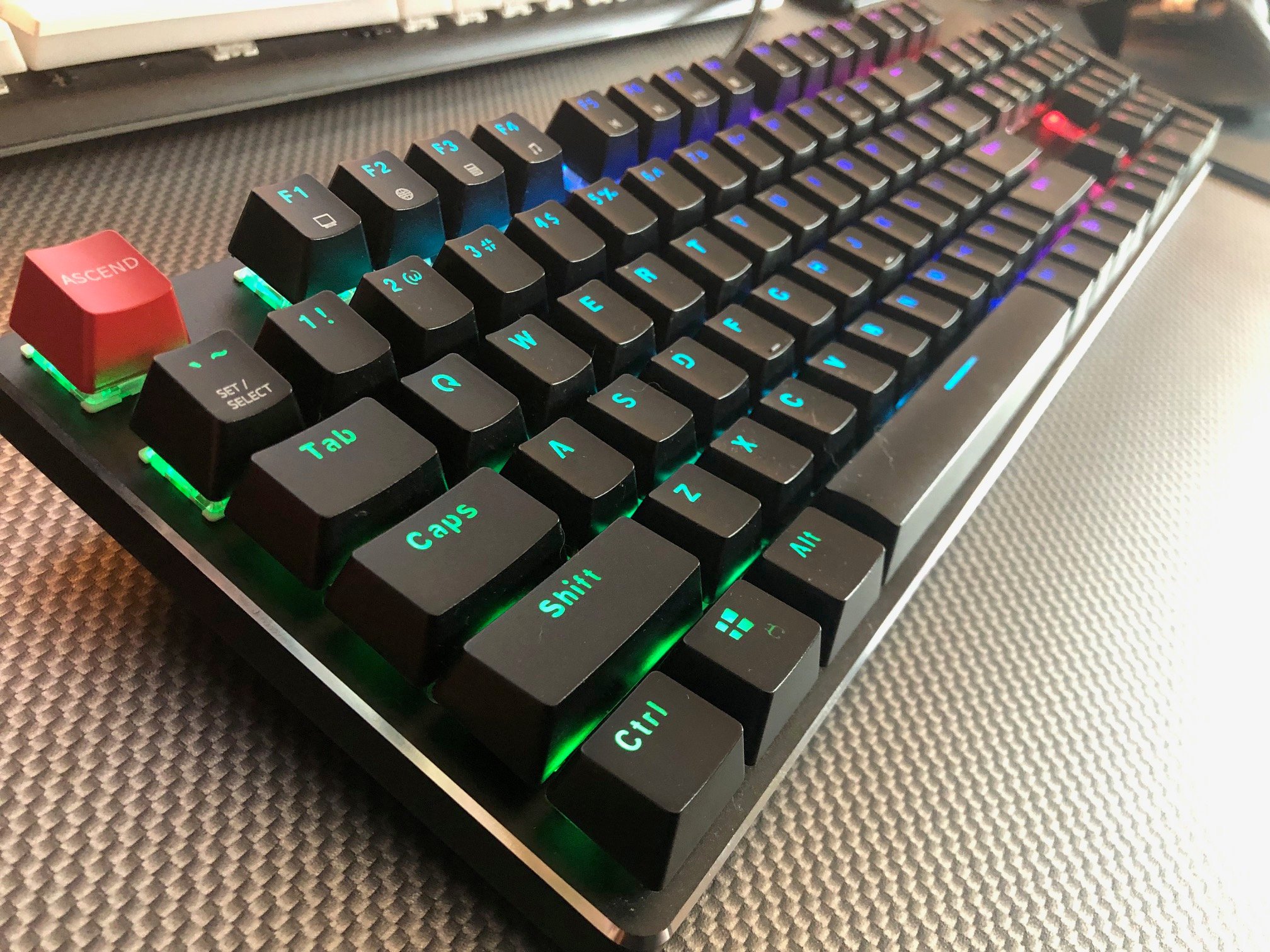 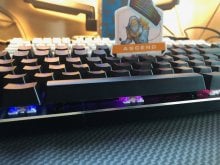 These days, having a hot-swappable board isn't the most unique thing on the market, but it's quite clear that it was Glorious who paved the way for this to become a widespread offering from other keyboard manufacturers. Glorious' ability to let you customize every facet of your keyboard, combined with some outstanding build quality makes this an easy recommendation. The GMMK is a great starter keyboard for anyone wanting to upgrade to mechanical switches, and it also has something to offer for the more discerning keyboard enthusiast, with its interesting and niche switches and capability to change/upgrade it later down the line.