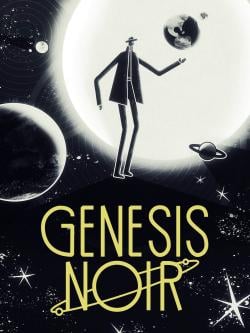 Indie title Genesis Noir is best described as a point-and-click adventure game that packs a unique art style coupled with some groovy jazz tunes that deliver an unexpected trippy experience. Is this the indie fix you’ve been looking for?

After a mediocre sales day, our watch peddler protagonist returns to his apartment and decides to liven up the rest of the night by calling the woman who he met “after a night of attraction”. But at the other end of the call is a cry of distress and our protagonist - whose name we learn much later is “No Man” - rushes over to her place to see a mysterious man aiming a gun at the damsel in distress and shoots…

Up until that point, Genesis Noir sounds and feels like a normal game but following this prologue, the game subverts all expectations as what ensues is a trippy, surreal cosmic murder mystery à la film noir-style imbued with jazz soundtracks. As the assailant shoots, time dilates, the bullet slows down and our protagonist can warp across space and time to travel across the past and future in order to save his lover (whose name we also learn about later as being Miss Mass) from a jealous God. You’ll meet a Ronin and piece together broken items; improvise some music with a jazz player; collaborate with a scientist in a Martian research lab; and even ‘visit’ a black hole. All these are performed in a point-and-click fashion with the goal to solve puzzles while you take in the game’s gorgeous and unique aesthetics.

Genesis Noir’s presentation is easily its forte, as the visuals aren't like anything you’ve seen in a game: minimalist yet delicate. The visuals also pair well with the original jazz score which together set the tone for the game. 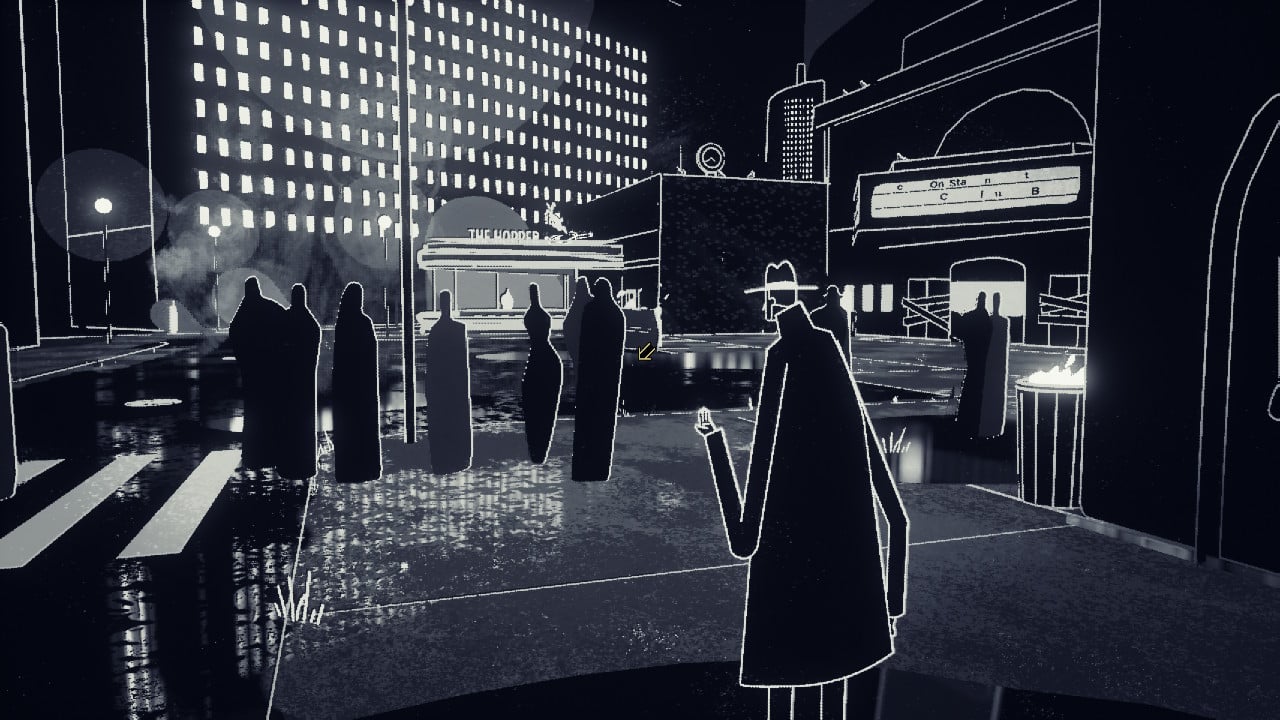 Feral Cat Den seems to have wanted to pair their psychedelic plot with equally trippy gameplay but unfortunately this doesn’t work really well. For all intents and purposes, the gameplay is a point-and-click one but in an all too literal sense, as in point at something until something clicks. At its core, Genesis Noir is a disguised puzzle collection that lets on little about the puzzles themselves that it often gets confusing and disorienting, leaving the player to resort to clicking around until something happens.

In order to progress, I've found myself plucking petals off a musical flower; tapping on clouds to make it rain; at one point I saw myself trying to tune the frequency of the ground to hatch a seedling; at another, I was poking at notes in order to progress. These are definitely original puzzles, although certain mechanics repeat (and feel repetitive), while some other sequences can get outright boring such as the need to keep moving forward for a couple of minutes just to advance a cutscene (and yes, in the game, it can be considered as a puzzle). 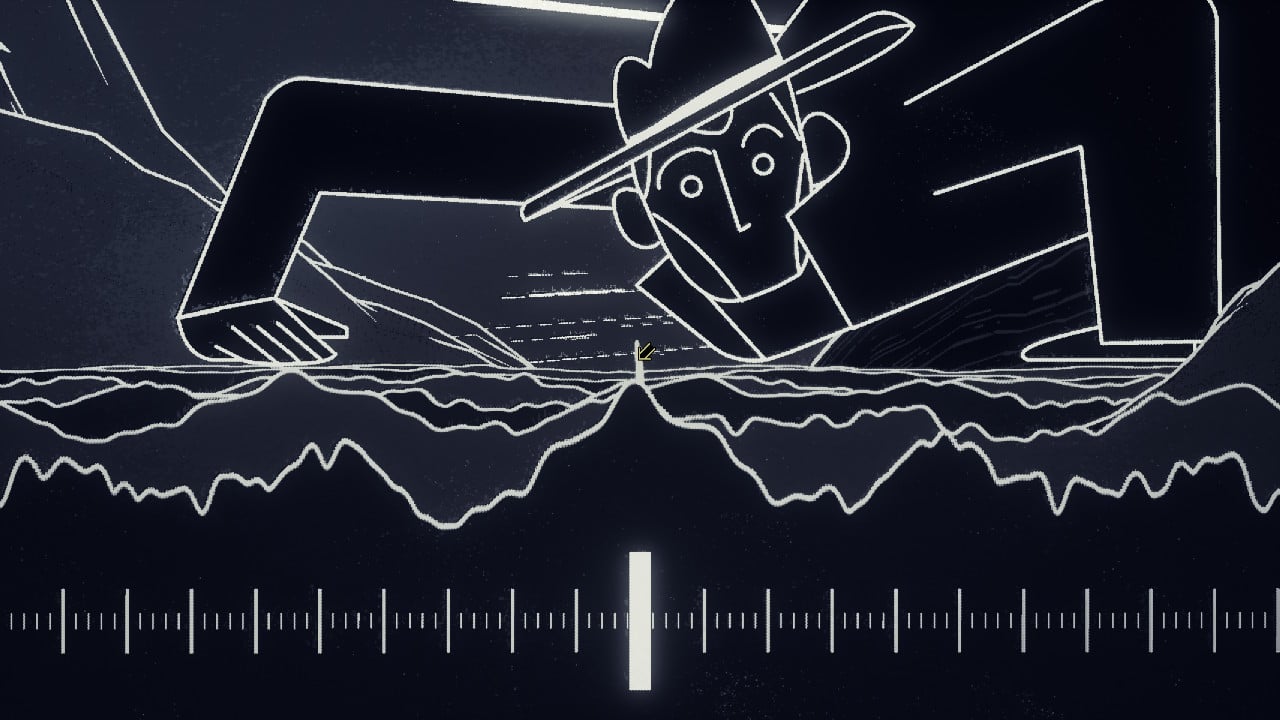 The real challenge in Genesis Noir is in figuring out the puzzles, if there is a puzzle in the first place and how should I proceed with it. These aren’t always intuitive and clues are somewhat lacking, leaving you to rely on trial-and-error (or more accurately: pointing & clicking). It gets to the point of being confusing that once I thought I came across a bug, only to realize that I had to move the camera around by pressing ‘A’ and moving the joystick left/right. There was no indication that I was in a 360° room nor that I should turn the camera around. And when I came across a bug towards the end of the game, I thought I had to perform some specific maneuver to control a cosmic being but when nothing happened, I rebooted that section only to see that there was in fact a bug that prevented the game from progressing. 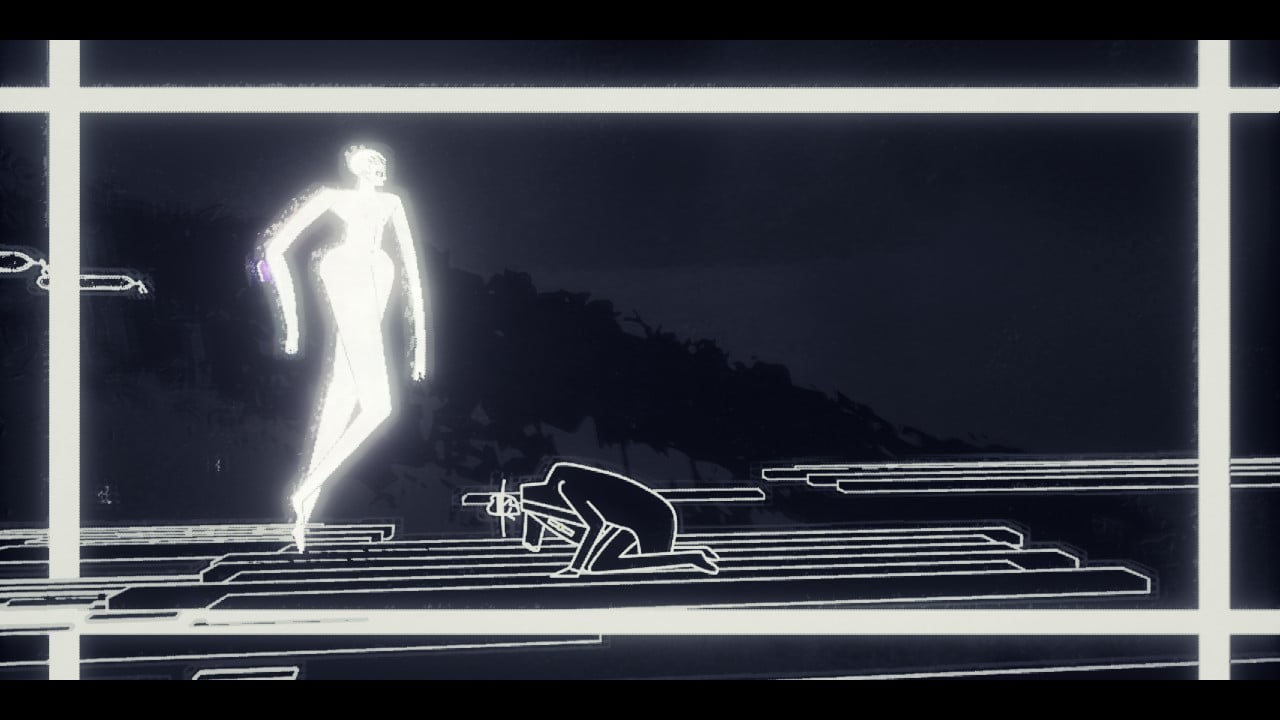 The scene where I came across the bug

Controls aren’t always consistent either.  At some points you can move the character around, at others, you can only tap where to direct him to move next. At times, it even feels like an animated movie which pauses as it waits for you to click at the right place before resuming.

I played the Switch version of Genesis Noir and controls are exclusively tied to the left control stick and ‘A’. It would be a better experience if it had touchscreen support and this could maybe remedy some of the frustrating puzzle aspects too.

On the Switch version, I also found myself squinting often to read what’s written on-screen, so the text font size would have been better being larger. 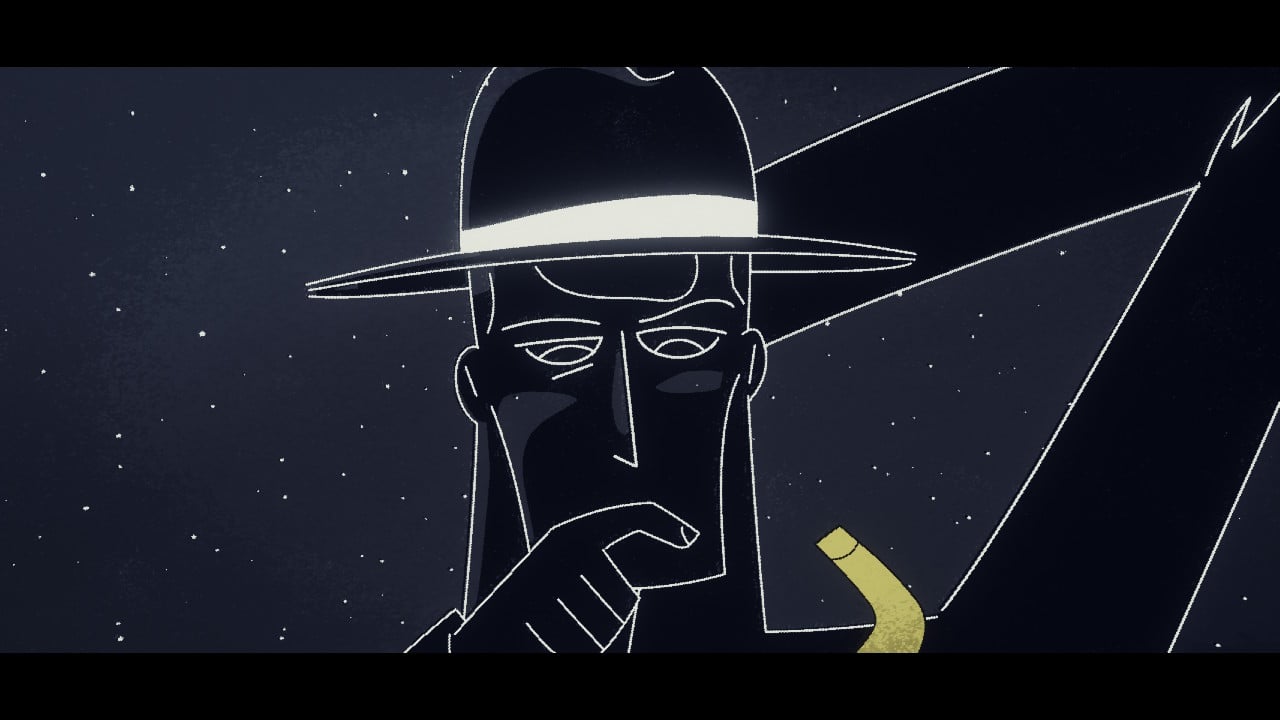 Genesis Noir tends to be too abstract for its own good. It sets out with an interesting premise but gets lost in its convoluted, psychedelic depiction without fully explaining itself in a satisfactory way. Towards the third act of the 4-ish hours it takes, the jazz tunes are gone and replaced by pop music, No Man is finally introduced as “No Man”, he can talk without having uttered a single word throughout the game and there are colors in a game that was otherwise mostly black and white. The game looks decidedly different from how it began but thankfully, the plot makes somewhat more sense.

If it's trying to convey something, it's trying to do it too abstractly and maybe trying too hard to be artistic about it. It's a delicate balance to strike but one that has been successfully achieved before with the likes of Tales From Off-Peak City Vol. 1 and Telling Lies; with the former adopting an even more surrealist, Lynchian approach and the latter even less clues about progressing in the game.

But for the $15 it costs, you could do worse and Genesis Noir definitely packs its own charm to make for a memorable experience, especially with its presentation. However, it will also be memorable for not-so-pleasant reasons. 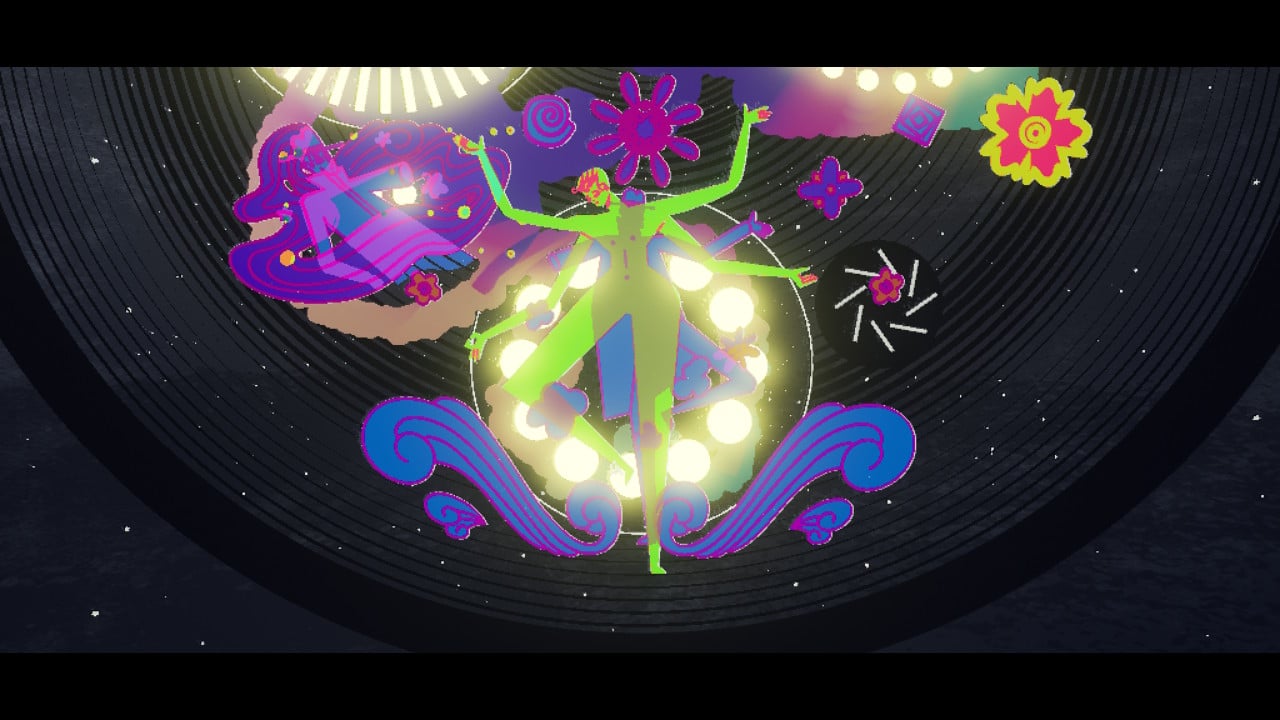