Consoles these days are trying more and more to emulate the PC experience...so why not use those computer peripherals with your consoles, too?

As of late, more and more console games are adding in support for not just controllers, but mouse and keyboard input as well. While it may seem a little odd to use computer accessories with systems such as the PlayStation 5 or Xbox Series X|S over a traditional controller, many players out there have grown accustomed to playing with a m/kb setup. While consoles already offer the ability to use them by just plugging them into the USB ports, the number of games that actually accept them are few and far between, and sometimes the settings can leave you wanting for better customization.

Here to save the day and offer a "PC grade gaming experience" on home consoles is GameSir, with their newly-released AimBox VX; not to be confused with the AimSwitch VX, this nifty little device is a simple plug-and-play solution for any keyboard and mouse woes. Harkening back to the Xbox 360 days of the XIM, the AimBox is a small box with three USB ports, each of which lets you plug in a mouse, keyboard, and controller--the last of which is needed so that the adapter can map your inputs to it. You then plug the box into the back of your console, and just as simple as that, you can now play your games in a whole new way.

The AimBox itself is pretty sturdy; if you ever needed to take it with you, or if you're accident-prone, the plastic shell is surprisingly solid. There's no give or flex to any of it, and it has an equally nice braided USB cable. However, that cord is ridiculously short--unless I had my console on a desk, there was no way that the cable would ever be long enough to reach a couch or chair. On the flip side, there aren't many instances of me ever wanting to play with a mouse and keyboard while not at a desk, but if you're interested in using it in tandem with say, a lapdesk in a recliner, you'd either be out of luck, or you'd be precariously stringing the AimBox across the room with an extension cable. 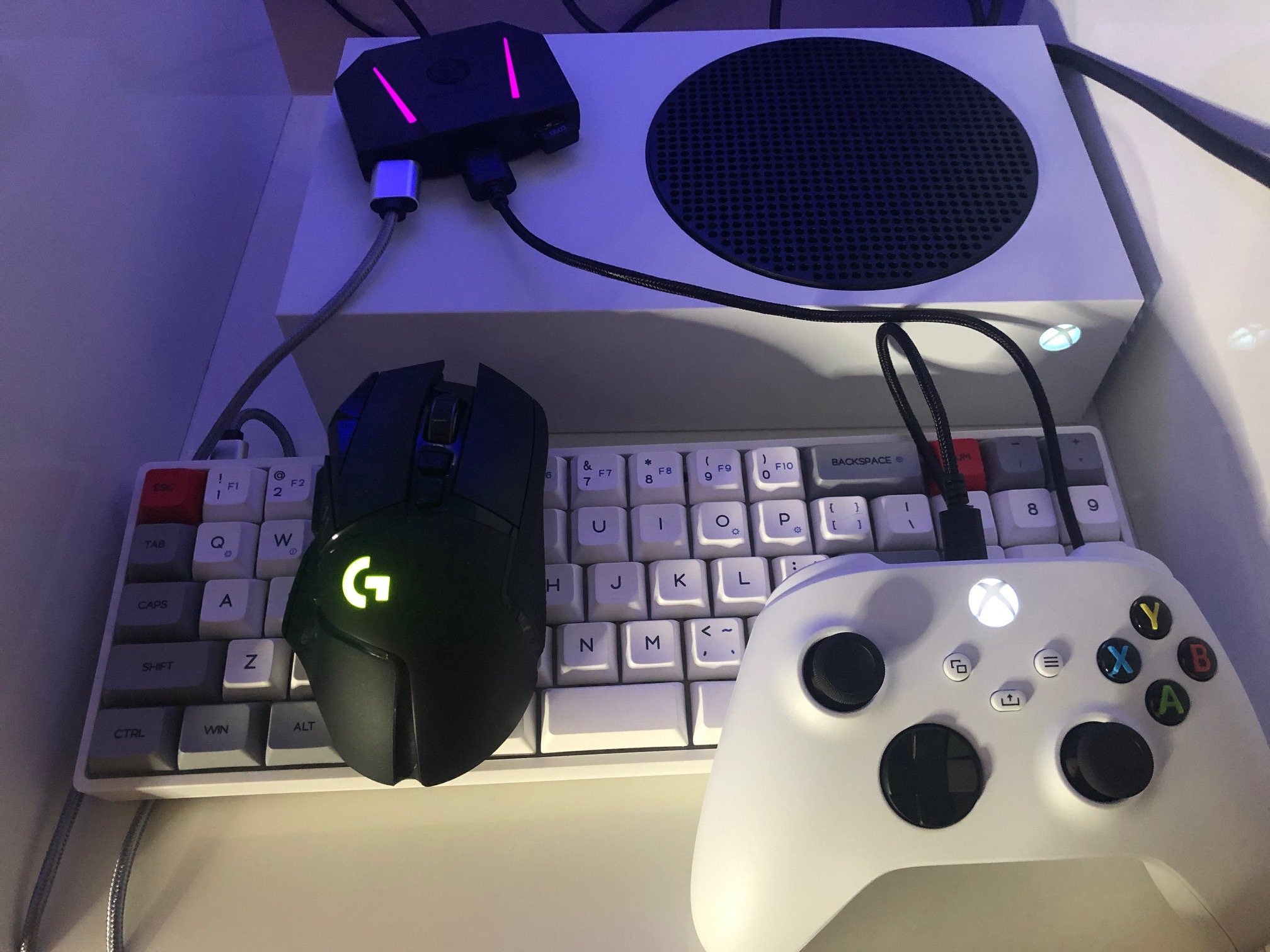 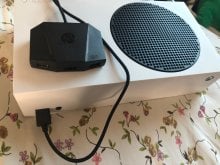 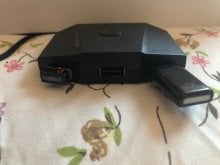 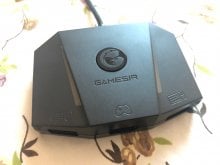 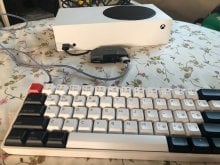 Given the fact that the Xbox One, Series X|S, PlayStation 4, and PS5 all support mouse and keyboard out of the box, you might be wondering why exactly you'd want this. And that reason would be the features that the GameSir app grants you. Usually, being required to download an app on your phone would be something to fault, but in this case, it only enhances the device. Once paired, the AimBox allows you to adjust tons of different settings. You can choose whether or not you want a profile designed for 60FPS or 30FPS gameplay, the sensitivity and smoothness of your mouse, and keymapping. Adding onto that is the ability to set individual profiles for all of your games, where you can use the popular provided presets, or you can create your own. This is incredibly useful, as my biggest gripe with regular mouse and keyboard usage on the Xbox Series S is that my DPI always feels too low. With the AimBox, I'm able to fine-tune my controls so that I can switch from playing Minecraft to DOOM without having to mess with any options in between.

It also works quite nicely with the Nintendo Switch. There aren't many instances of games that were begging to be played with a mouse and keyboard on the Switch of all consoles, but Fortnite runs flawlessly, just as if it were being played on a PC. Minecraft also plays well--one of the few games I can never really get used to playing with a controller. Breath of the Wild felt super weird to try with a mouse and keyboard, but there were settings that let me try my hand at playing it, and it actually worked impressively well. Interestingly, if you ever wanted to use the AimBox in the Switch's portable mode, or with a Switch Lite in general, you totally can, just by plugging in a USB to USB-C adapter. 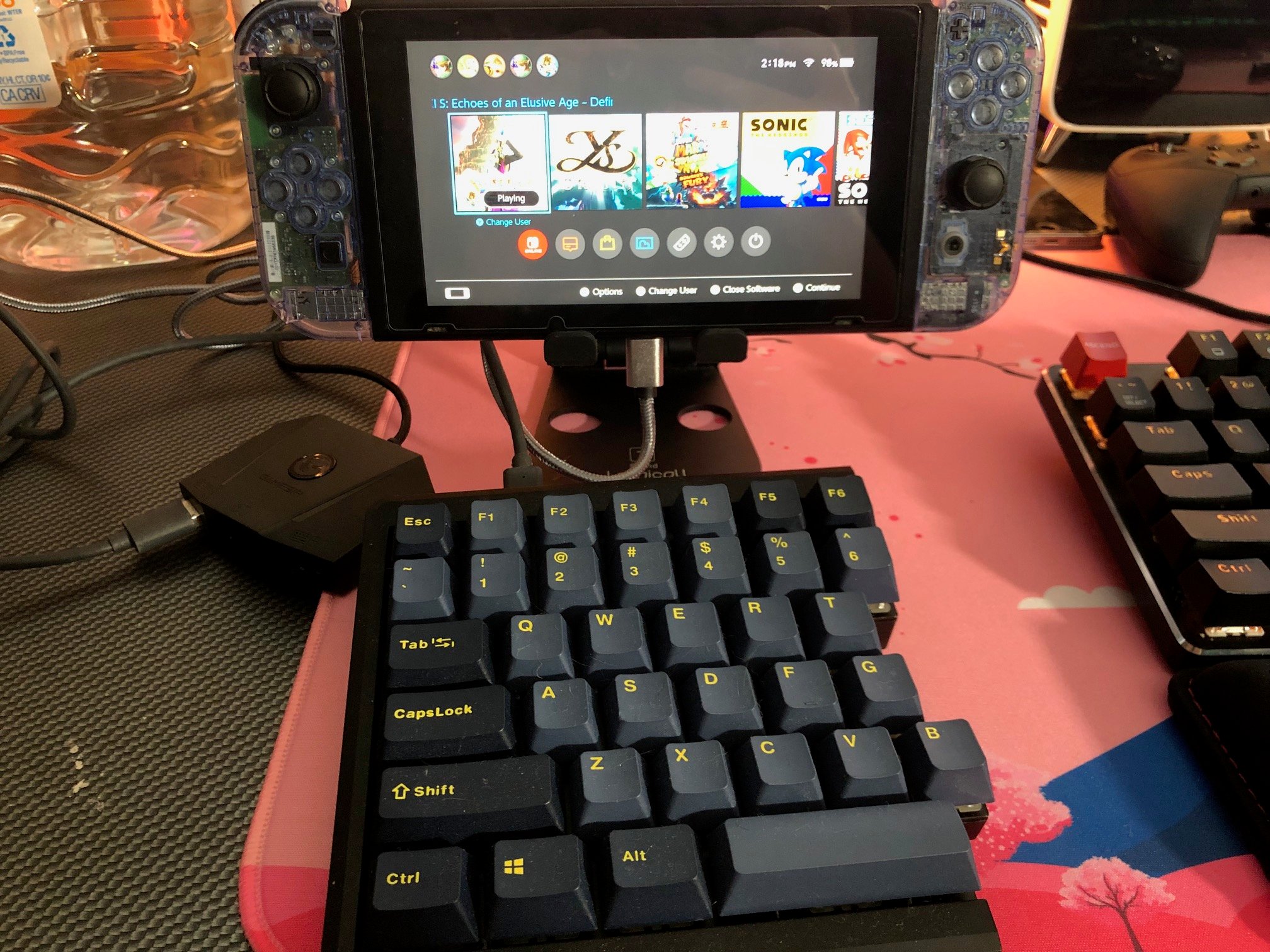 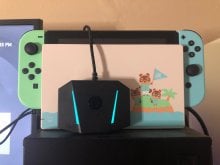 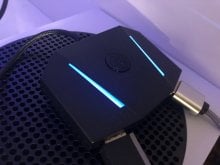 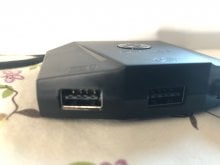 Going back to the issue of having so many wires tangled up and being stretched across the room, I also tested the AimBox with wireless keyboards and mice, in hopes of seeing if it could handle those well. The results were middling: the AimBox seemed to entirely ignore the wireless dongle for the Logitech G915 and wouldn't connect at all, while the Unifying Reciever for my Logitech K270 was recognized instantly. Similarly, the Cooler Master MM831 and dongle worked perfectly, but the Logitech G502 didn't. I couldn't determine what caused some devices to connect and others not to, which was frustrating.

As for input lag, so long as you're using wired devices, the AimBox doesn't introduce any discernable input delay; controls felt smooth and snappy, and my mouse movements felt spot-on with no lag. Even when using a wireless adapter, I found myself hard-pressed to find anything that would throw off my gameplay. You won't be able to get away with using both a wireless mouse and keyboard though--with two receivers plugged into the AimBox, it began to struggle. Mouse inputs were definitely dropped from time to time, and everything felt like it was responding just a bit slower than it had before.

For the most part, the GameSir VX AimBox works really nicely as an adapter for keyboard and mouse usage on consoles. There are a few hiccups here and there, such as its weird behavior with wireless adapters, but the positives, such as the options to adjust mouse sensitivity and just how easy it is to use and set up far outweigh the negatives. Anyone wanting to mix the world of PC and consoles will get a kick out of the utility and features that the AimBox provides. 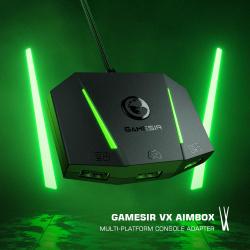