This is my second mobile gaming peripheral to review from GameSir, will it beat out my precious touch roller??
As quite a fan of the GameSir Touch Roller in my previous review, I'm looking forward to seeing what the i3 case has to offer and whether it's as fantastic to use as their other offerings.

GameSir have a phenomenal portfolio of gaming peripherals, so much so that they cater for virtually every possibility. Mobile gaming is still a huge market and GameSir certainly knows how to capitalise on those niches and build products to fit everyone's needs and preferences. 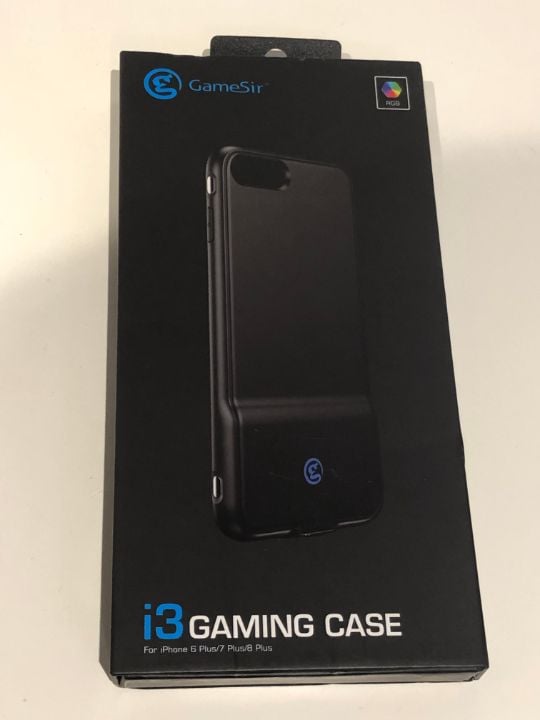 The GameSir i3 is an iPhone-centric Bluetooth gaming case which simply encompasses two shoulder buttons, and an RGB bejewelled battery pack—to store power in the case, not to extend the life of your mobile's battery. This stylish case comes in several variants which either suit the 6/7/8 Plus models or the X/XR/XS Max form factors, and is compatible with iOS 11 and above. Ergonomically it's as slim as they come around the edges, fitting my iPhone 6S Plus and 8 Plus with pleasantly snug ease, which makes this peripheral able to become your main phone case. It's super lightweight adding virtually nothing to the heft of your device and weighing as little as a similar soft-touch rubberized case would. To the rear you have your built-in 180mAh battery hump, with a built-in recessed power button to activate the case, this hump takes up a little under 30% of the entire rear surface, and protruding a mere 3mm from the back of your device. This gadget is as sleek as they could build it, and I have to say it feels excellently crafted. Along the top side your find your left and right shoulder buttons and a power button which passes through to press your existing power button. On the flip side, you find your pass-through volume buttons and a cut out for the mute switch, which is styled in a typical iPhone case design. At the bottom there is a cutout for the USB-C charger, a cutout for the iPhone's Lightning port, and cutouts for the headphone jack and speakers. The two shoulder buttons appear to be a conductive touch mechanism meaning that you don't need to exert any pressure onto them for them to function, just let your fingertip touch it and you're away! That little recessed power button also acts as a turbo mode for your triggers; by default the L button has turbo activated but this can be changed in G-Crux.

G-Crux is GameSir's companion app for the pairing and configuration of its various devices, and honestly, though it seems daunting at first, it's exceptionally simple, even if you encounter issues. Setup for the i3 via G-Crux is relatively straightforward, although I found zero configurations available for any of the top mobile games in the app store. What I did to combat this is download the one config available for Isuzu, import the screenshot for the game I wanted to play, edit the button position from the Isuzu pre-set, saves it as my games name (for ease of use) and bingo, I was good to go within seconds! The hardware buttons provide a software input by simulating a touch on the screen in a specified position. My initial feelings of "OMG where are the buttons?!" were allayed the second I realised I could simply use the one existing preset as a template for my custom layouts. I feel that this could have been slightly easier and perhaps a "template" or sample layout should be included to make it more obvious to others how to adapt and modify existing configurations because honestly, it doesn't take much to do. 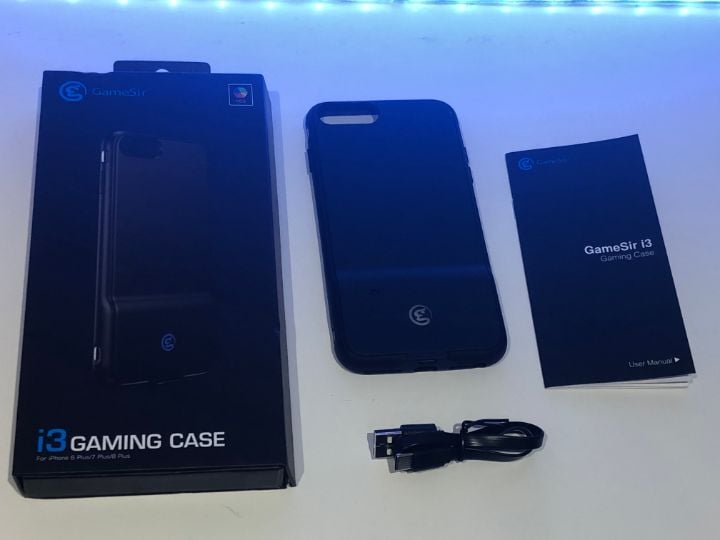 This is the first-ever phone case to incorporate shoulder buttons and is specifically made for the PUBG and FPS gaming market. You can tell that GameSir has done their homework on this and made the buttons and case as ubiquitous as possible so as not to take away from that mobile gaming feeling. Once you get in-game, the i3 is certainly a handy commodity, with its ability to keep your trigger fingers clear of the obscuring your view of the screen, and the fact that no pressure is needed, just a simple touch of the hardware shoulder buttons to connect your actions to your configured software buttons, it's a seamless and natural feeling which is great for gaming on the go. The symbiosis of the case with your phone is fantastic too and by default, the right shoulder acts as a camera shutter even when not configured through G-Crux or when G-Crux is closed down. The left and right triggers are automatically zoned in as the two green dots shown in the screenshots provided, and the right one falls perfectly on the shutter button when your camera app is open. I play a little known game called H.I.D.E on my iPhone 8 plus, which is essentially a prop-hunt game, and since using the G6 I haven't been able to play without it. Connecting the i3 and attempting to play was a challenge at first, as I had to again use my thumbs to look and run, but I had the luxury of this hybrid set up, with the two shoulder buttons at my command which actually felt incredibly natural. Games were won and lost and I couldn't help but think of the ways in which my thumbs got in the way, blocked my line of sight and sometimes crossed into other buttons touch zones. It's no reflection on the game or the hardware, it's just personal preference. Compared to my highly prized G6 Touchroller, the i3 has a couple of pros and a couple of cons. First of all its ideal as a day to the day phone case, protecting your device from the odd bump or scrape as any £5 case would. This means you can have it on your person at all times, the G6 you couldn't keep it on 24/7. The i3 has only two buttons added onto it, whereas the G6 added a slew of buttons and a joystick, which is far superior to use in that it freed up even more of your screen for you to see while gaming, but it also greatly added to the physical size of the device you were holding, whereas the i3 is as slim as I could imagine a functionally useful two-button game controller built into an aesthetically pleasing case ever being. 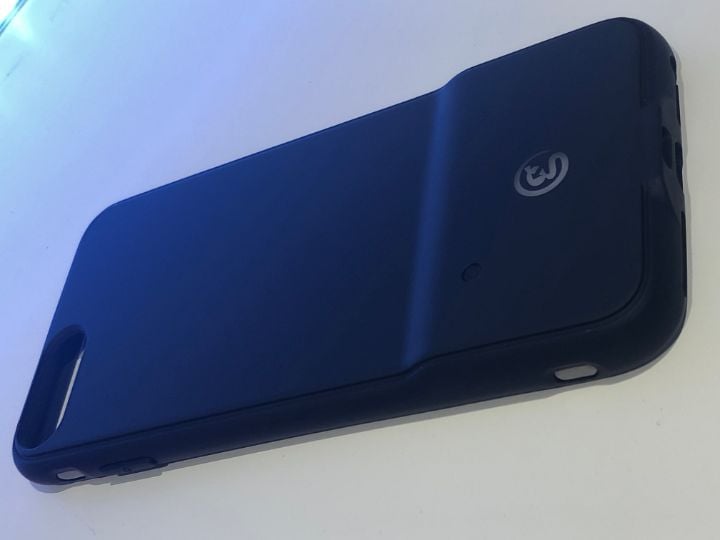 Since iOS 13's release on September 19th of this year we have been able to connect PS4 and Xbox One controllers to our iOS devices, but to me the offerings of GameSir are above and beyond the ability to connect a pad to my phone. For starters the phone has nowhere to sit, there is no bracket for the controller to natively hold the phone as close to my face as I wish, and there is no integration of form. GameSir's devices are all the more relevant in an iOS 13 world than most would realise, and their ability to innovate makes me think that a lot of new devices or props could see the light of day to combine this renewed Bluetooth stack with superbly designed lightweight form factors, but I digress. It's very much horses for courses with your preference of device for gaming on the go, but for the G3 still takes the crown in terms of making almost any Bluetooth mobile phone into a pleasurable-to-play-on-the-go gaming beast. If you're after something slick, slim and unassuming then the i3 may well be the gadget you need to enhance your gaming prowess on lunch breaks or on the commute, but in my opinion, it is just a little too overly simplified to be useful enough for me personally.

One teeny-tiny bone of contention, which I can mostly understand, is the lack of a lightning connector on the case. While it would make the necessity to have two charger cables to charge them simultaneously redundant, it must be a patent/legal issue that prevents GameSir teaming up with the fruity company and making it so that you can use the same charger on your Apple device as on the i3 itself. Alternatively, they could perhaps come up with some sort of third-party bridging connector from the case to the lightning port so when you charge the case it charges the phone too. Two devices, one port, and therefore only one cable to carry. This would make the product even more useful, even more, streamlined and even simpler to take with you when travelling for example.