As we know by now from my previous reviews, GameSir is a well established and well-rounded designer of third party gaming peripherals who aims to please with their simple yet high-quality products that fill an exacting gap identified by mobile gamers through comprehensive feedback and testing. Their latest product for iOS and Android is something slightly different from their grip pads or mobile phone gaming cases. Definitively standing out from the crowd with its edgy futuristic form factor and intricate mechanics, I introduce to you the F4 Falcon! 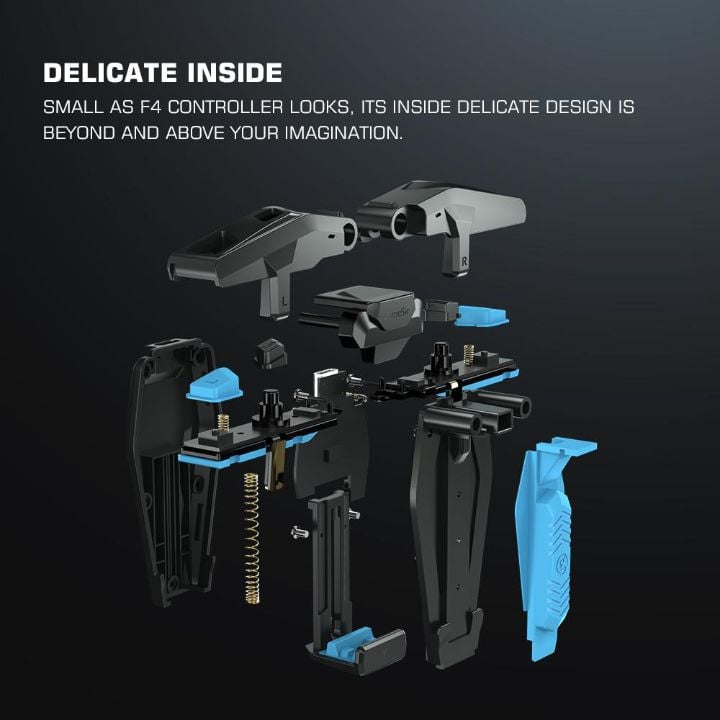 On first inspection this device is insanely minuscule in its packaging, measuring just 8.2cm x 4.5cm x 2.5cm. It's hard to believe something this small and delicate will pack any sort of power or style, but as you'll soon discover, it most certainly delivers here. As you pluck the tiny bird-like plastic device from its packaging it immediately puts you in mind of holding a baby bird. It fits in the palm of your hand and feels so weightless, and when you open it up, unfurling the wings, the power light turns on automatically thanks to an invisible switch. Honestly, you feel that it could come alive and fly, like some sort of drone-of-prey. With the device spread akimbo, it immediately takes on a fierce form-factor that makes you smile and nod in agreement that this is a completely badass aesthetic and GameSir have designed it to perfection.

Remove your phone case, slot it in from the top first, pull down the tensioned clip to insert your device into the Falcon's grip, and enjoy its unadulterated curves under your index fingers. You're ready to game like never before. But wait, how do I interface with this, where is the Bluetooth? Well, that is yet another niche identified with the F4: it doesn't use it so that it can be four times more reactive than the input lag on a similar Bluetooth device. The F4 Falcon boasts turbo modes as well via M4A1 inspired selector buttons, featuring default fire modes for one shot and Adhoc changeable three, six, and nine shot burst modes for peppering your enemies with showers of bullets per button press. The buttons in question are also rated for over 5 million presses meaning you can afford to really go to town, pull an all-nighter, and sink into your favourite shooters without fearing it will degrade quickly into a mushy mess of wobbly clickers. Throughout my time with this device, it feels snappy and clicky like it's still brand new every time I whip it out and slip it on. 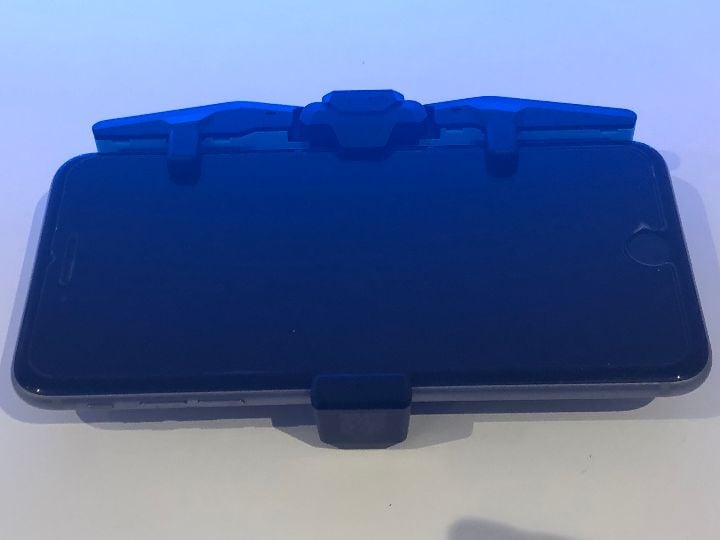 The fact that you have to remove your phone case immediately put a slight dampener on this review. Although I completely understand how the F4's form factor leads you to require an entirely unencumbered device, I can't help but feel a little concerned removing the primary safety mechanism from my £500+ phone just to use this on-and-off. Let's clarify this: the F4 Falcon is not a permanent fixture to your phone. You won't want it on 24-7, and you definitely won't want it clipped on to your mobile device while it's in your pocket. It's not even that it makes it overly bulky or unsightly, it just makes it awkward and impractical to use your phone normally. But then this isn't designed to be used on your phone day in and day out, it's purely there for use while gaming, and with that ethos in mind, it's almost perfect. Sure it's $29.99, and sure it's small, but it is more than perfectly formed. In comparison to the myriad of $3 clip-on buttons and triggers eBay and Amazon have to offer, this is head and shoulders above anything of that ilk; the F4 is the apex predator in a niche ocean of wannabes.

Gaming primarily within the FPS genre, I immediately felt at home with this device and burst into my first few games of COD: Mobile with a glib enthusiastic gung-ho attitude regardless of the fact I had never used this beforehand. Muscle memory after years of Super Nintendo as a kid through to PS4 as an adult has honed my index fingers into purpose-utilised trigger fingers, and the F4 takes full advantage of this ergonomic and anthropometric expectation. Within seconds you're at home with this device, and clearly outstripping the competition as they struggle to maintain the same fire rate as you as you plug them full of ammo, and move on before they even had a chance to fat-finger their on-screen buttons. Gaming moments like this are truly joyous and slams you full of endorphins that propel you into your next encounter with confidence and swagger. Even without the turbo functions engaged, I found myself quicker on the draw than the majority of my opponents, and able to decimate anyone who got in my way.

As a fan of GameSir's G6 Touchroller, I appreciate every millimetre of my screen's real estate and I want to have an entirely unobscured screen to see everything that's going on. No device to date has changed my opinion that the G6 is the best there is, and even with that said I know it's not perfect either; the G6 could benefit from a right-hand side balance. The F4 is basically a sexy hybrid middle-ware upgrade to the i3 gaming case (without the case built-in), and a paired down version of the G6 without the analogue stick or any of the other buttons you may require. The F4 fills yet another hole in the market, but it doesn't span into other holes to make itself multifaceted. It is purely designed to be what it is, which is just additional triggers, and how it achieves that is second to none thanks to their overwhelming design skills. If GameSir could devise a device with dual analogue sticks, a multitude of touch simulating buttons, and this incredible ethos and aesthetic they could assuredly take everyone's money the second it released. Can it be done though, is it possible? If anyone can, it's GameSir. 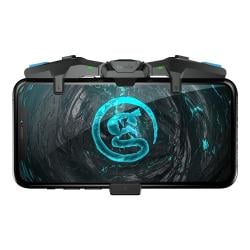