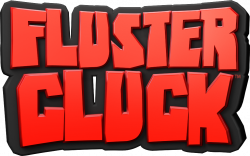 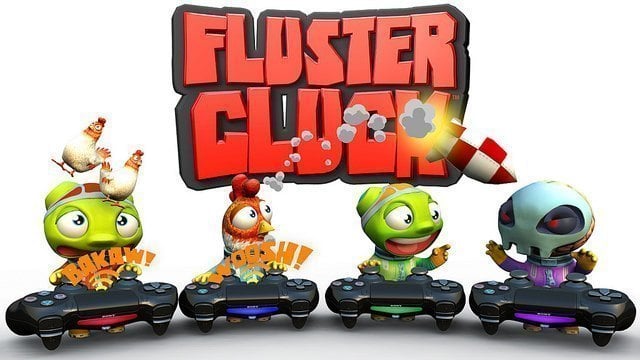 ​
​
CHIKKINIZE the Story!
​
Players take the role as an employee with dreams of becoming a CEO for a cooperation that produces poultry. The employees of the cooperation are shipped out all over the galaxy with one job: collect ingredients from different worlds and use them to...'CHIKKINIZE'... The more ingredients collected and dropped into the 'chikkinizer' the more flustered 'chikkins' created. Anything can become ingredients for creating chikkins such as: cows, camels, or even other coworkers.​
​
The story isn't much but the game knows that and decides to work on the gameplay instead. And oh boy, about that gameplay.​
​

Players choose a worker out of six possible choices to play as, each of the characters have their own unique strengths and weaknesses. Next, players choose a UFO to use during the game. There aren't many choices early on in the game but as players level up, they gain access to many other power-ups including, guns, turrets, hats, and ships. Each of these items increases the characters attributes in many ways.​
​
Okay so it's time to jump into the main gameplay! Players begin in a UFO and can fly around the stage to collect the major ingredients. Controls are never really explained within the game itself except by a controller image on a loading screen but those images are usually gone in less than 10 seconds because the levels load up pretty fast leaving the player confused even more. While flying around in the UFO, players can use the right analog stick to shoot other players on the same stage. If that player is defeated, they can be used as ingredients and turned into chikkins allowing the player that chikkinized them to gain double points. Besides collecting other ingredients such as cows or zombies (which grants you 1 point each), that's all to the core gameplay.​
​
Sounds easy enough but somehow Fluster Cluck manages to make everything about the game very..uninspired?​
Each of the stages are hideous. Not a single one of them stand out from the last and it doesn't help that the soundtrack is extremely generic and mundane. None of the stages captures the creative spirit of other party games such as Mario Party or any other Nintendo franchise for that matter. Stages are either too open or too narrow. Power-ups are also placed in weird places and requires players to go the extra mile to collect them. Half the time however, the power-ups aren't worth it at all and ends up being useless in the long run.​
​

The game was designed with a cartoony art style that is suppose to invoke the nostalgia feel of couch co-op games of the 64bit era - but with a modern twist. The game manages to do neither of that. The game isn't designed as a good couch co-op as the game just isn't interesting enough to capture the player's attention. There really isn't a modern twist to the game either. It also doesn't help that the game doesn't bother to explain the game to players, except by the rushed opening cutscene that many players will probably skip to hurry and get the the game faster.

Fluster Cluck is a boring experience that forces players to learn the game through repeated playthroughs. It's not as chaotic and fun as other party game franchises and there isn't enough to in the game to hold a player's attention.