Explore the world of online dating during a lockdown in this timely FMV-based dating simulator!

With the expansion of the indie and Japanese import markets, dating simulators are more popular than ever. But if you look at the most popular dating sims, you’ll quickly notice most of them are either Japanese-developed or independent titles trying to replicate that style. There are some very specific tropes and clichés that are common in Japanese dating games, and since even Western takes on the genre will either play into or try to subvert them, it can be hard to find a game that’s totally free from that influence. While that’s not the only thing that makes Five Dates stand out, it’s probably the most significant.

Five Dates comes to us from Wales Interactive, a Welsh publisher specializing in FMV games. You play as a young man, trapped inside during the COVID-19 pandemic, going on a series of video dates on a dating app. Because the free version of the app limits the number of dates you can go on (which is a clever little joke), you can only meet with three of the five women; you can then only invite two of them to a second date, and only one gets to the third date. Most Japanese titles tend to focus on high-school aged characters, so there’s a greater emphasis placed on their lack of experience and uncertainty in engaging with dating. With the characters here being in their mid-to-late twenties, they’re much more confident and assured of themselves, which quickens the pace of these stories. The cultural differences between the U.K. and Japan, where things are usually portrayed as more traditional and formal, also help move the process along. Since you’re both on a dating app, there’s no need to contrive a way to meet or question each other’s intentions; you go directly into getting to know each other, and the lack of formality means the questions can become personal more quickly. 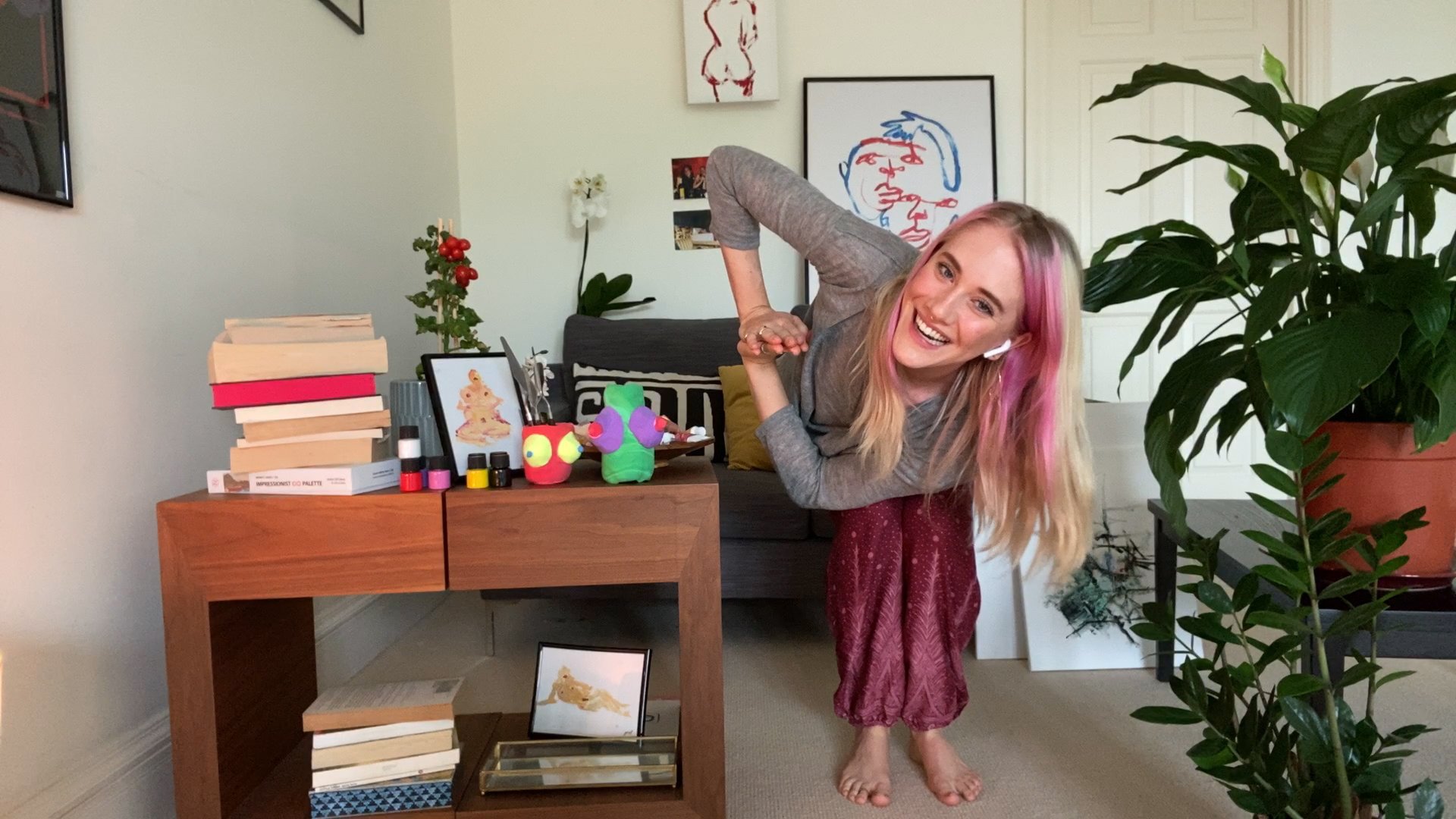 The other major distinction from Japanese dating simulators is the presentation. As opposed to a visual novel style, where characters are represented by drawn sprites and given sparse voice acting, here we get full videos of every interaction with the girls, giving a fuller impression of each potential partner. For those who like dating simulators as fairytale romance stories, you’ll likely be disappointed with the realistic feel here, where there’s fewer details to be filled in by your imagination. For those hoping for something more grounded, however, this approach mostly works, primarily because it’s easier to form some kind of connection with an actress than a series of static sprites. For example, one of the women is a stereotypical hipster, a vegan with pink hair who’s into the mystical arts. She could easily comes across poorly, but her actress’ affable, non-judgmental delivery instead makes her quirks seem interesting and unique, and she winds up being one of the most interesting and well-rounded of the available options.

Like a lot of Wales Interactive’s games, this is meant to be replayed multiple times to see all of the women’s routes played out to the third date. I’m normally turned off by the idea of having to replay something multiple times, but there are a few handy quality of life elements that make it much less of a chore, like the skip function that only lets you pass scenes you’ve already seen so you don’t accidentally miss something new. But the biggest factor in making these replays more palatable is the lighter subject matter. Many of Wales Interactive’s games, like The Complex or Late Shift, are much more plot-heavy and in more serious genres. That means your decisions there lead to branching storylines and, since the same quality of life elements exist there to encourage multiple playthroughs, you’ll only end up seeing how meaningless many of your choices were and that your ending is decided by only a few key decisions. Here, however, since each storyline is self-contained and broken into distinct sections, you’re mostly going to be seeing brand new material on your replays, and when you do play around with smaller choices, it’s not disappointing to see how little impact they make since the stakes are so low. 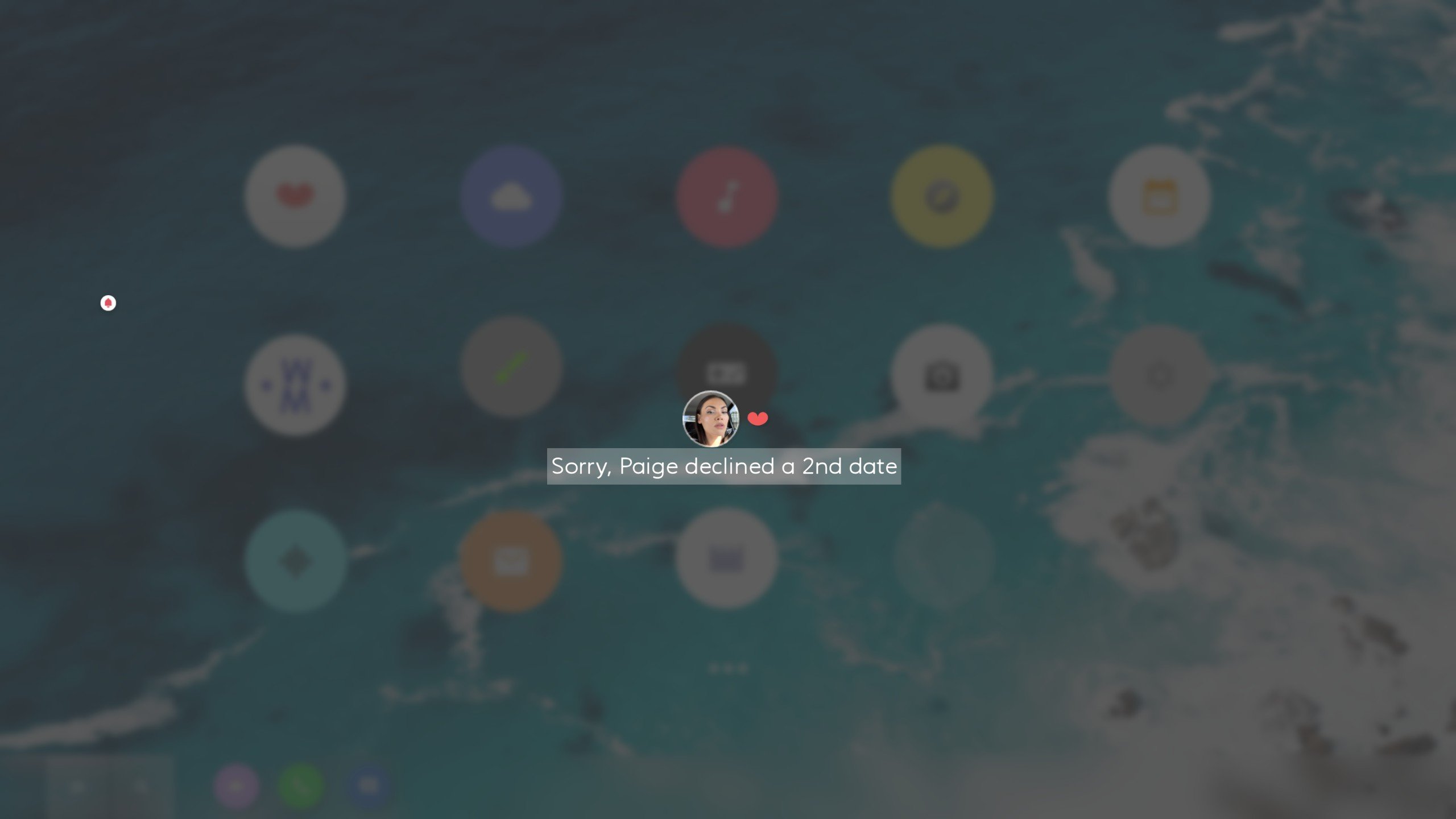 It is hard to tell, however, which decisions are going to be impactful. Some of them make sense--when I kept insisting to a social media influencer that she doesn’t have a real job, she rightfully hung up on me--but others can lead to what feel like very unfair fail states. For example, one woman asked me if I’d rather have kids right now, or in fifteen years. I answered that while fifteen years might be too long, I wasn’t ready to provide a stable environment for a child right now, so doing it in fifteen years would be the “lesser of two evils.” My date focused on the word evil, accused me of hating children, and quickly severed all contact. There had been no discussion about children prior so I had no reason to think she’d be sensitive about the subject, and she had been portrayed as totally level-headed until then, so I had no reason to think she’d fly off the handle. It’s possible this moment was meant to comment on how you can run into anyone on the internet and they might be unreasonable or crazy, but it doesn’t sell itself because it largely undermines the rest of her character, plus it happens late enough into a run that it’s an annoyance to start over to see the rest of her route.

Ultimately, however, that lighter subject matter is what holds Five Dates back. While it’s largely enjoyable and full of clever moments, the low stakes nature of its story leaves it feeling a bit shallow. Low stakes stories can often be the most rewarding ones, as they tend to be more personal and are able to offer a greater insight to their characters. But Five Dates, by restricting itself to the very early “getting to know you” stage of a relationship, ends up just as impersonal and hollow.