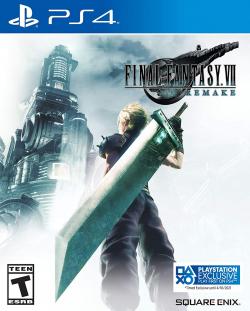 The long-awaited remake is finally here. After so many years of waiting, fans finally get to experience the beloved Final Fantasy VII, in a completely new form.

What makes a remake? Simply re-creating a game with better graphics, to make it more appealing to a newer generation? Or releasing a tweaked version of an existing game, perhaps with some added balance and modernized gameplay elements? Remaster, Definitive Edition, Enhanced, Complete, Collection, Remake; we see these subtitles thrown around all the time, when it comes to video games. Sometimes, those newer versions of a game take the beloved content of the originals and "perfect" them, resulting in instant-classics--idealized re-creations of the initial game. Such is the case with games like Resident Evil 2 Remake, Pokemon Heart Gold and Soul Silver, or Yakuza Kiwami.

But what happens when you take that word, "remake", and stretch the term to its absolute limit? That's what Square Enix has done, with Final Fantasy VII: Remake.

Released over 20 years ago, Final Fantasy VII was one of the biggest hits on the PlayStation 1, praised by critics and gamers alike for its impressive-at-the-time graphics and engaging story. It went on to win heaping piles of awards from every gaming magazine around in the late 1990s, and is considered to be one of the biggest reasons why JRPG popularity exploded in the west, with many developers citing FFVII as their biggest inspiration when making video games. With the game being held in such high regard--with such reverence--any re-treading would have a difficult time of living up to expectations. Square Enix didn't make things easier on themselves, either, when they announced that Final Fantasy VII would be getting a remake, re-done fully with the latest and greatest graphics...as an action game, split into episodic chunks.

Following massive amounts of apprehension, hype, and delays, we're finally at the point where Final Fantasy VII's remake is available to the public. Is this the reimagining you've been waiting for, or are you disappointed with what you've seen and heard? 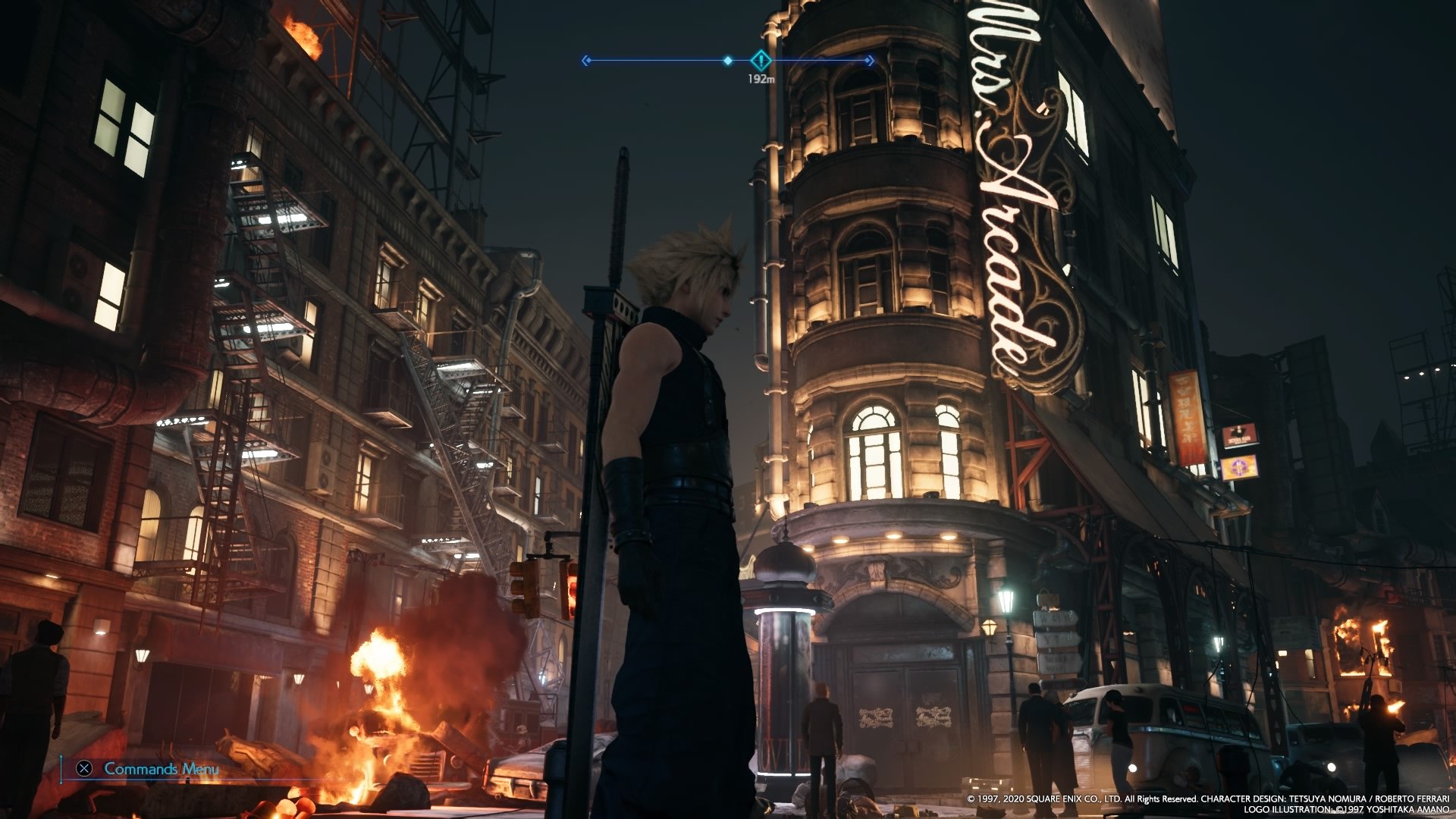 First off, it's worth going back to the point, that yes, this remake doesn't cover the full story of the original. This is only part one of an undetermined amount of episodes, set for release over an undetermined amount of years. VII Remake covers the content of the first disc of the PlayStation 1 classic, but that's not to say that there isn't a full standalone JRPG experience packed into this re-telling: Final Fantasy VII's first handful of hours have been extended into a 40-hour journey, taking the initial story bits and giving more characterization, lore, and information about everything within Midgar. While it may not exactly follow the source material, the remake does its own fantastic job of making a believable world with a loveable cast of characters. If you're spending dozens of hours with the people within Midgar and the members of AVALANCHE, you'll want to actually enjoy them, and through the extra world-building, you'll actually care about your party members, and even the secondary characters like Jessie, Biggs, and Wedge, who now get way more screentime than they did before. While we may not have the full story just yet, I believe the dramatic extension of the original game's first act was for the better, in the long run.

Gone are the days of the turn-based battle system, as VIIR has decided to eschew that for full-on real-time action combat. While the decision to change the combat so drastically will likely always be seen as controversial, taking the turn-based system and converting it into this new format turned out quite well. The battle system attempts to blend both styles, by allowing you to freely attack enemies with regular attacks that build up your ATB meter. Once you've got it high enough, you're able to use spells, items, or abilities by bringing up the menu, which slows time to a crawl. Not only is it fun to run around swinging a giant sword around and narrowly dodging enemy attacks, being able to slow down time in order to make strategic battle commands keeps the fights engaging. Add in blocking, weapon upgrades, and careful materia use into the equation, and you've got a very competent battle system, and not some run of the mill button-masher. Once you win a fight, things will swap back over to the regular exploration control scheme seamlessly, making encounters feel less tiresome since you don't have to sit through loading screens or transition effects.

For all the things that VIIR does right, there are still some major missteps. One of the game's biggest draws is the splendor of all the new fanciful graphics and effects, but there are many instances where the PlayStation 4 can't handle the task of loading in all the textures. In motion, you might not notice them, but if you ever slow down to take in the sights of Midgar, you might see a smattering of blurry, pixelated visuals that are clearly supposed to be textured, yet never load in correctly. Other times, you'll be walking around an area only for a texture to realize it needed to have popped in about 10 seconds ago, where suddenly a blurry poster or sign magically becomes higher quality, which can really take you out of the experience. Most of the game's areas have incredible looking places to explore, but when you do find one of those intermittent moments, it feels like someone forgot to do a last quick round of optimization prior to launch. 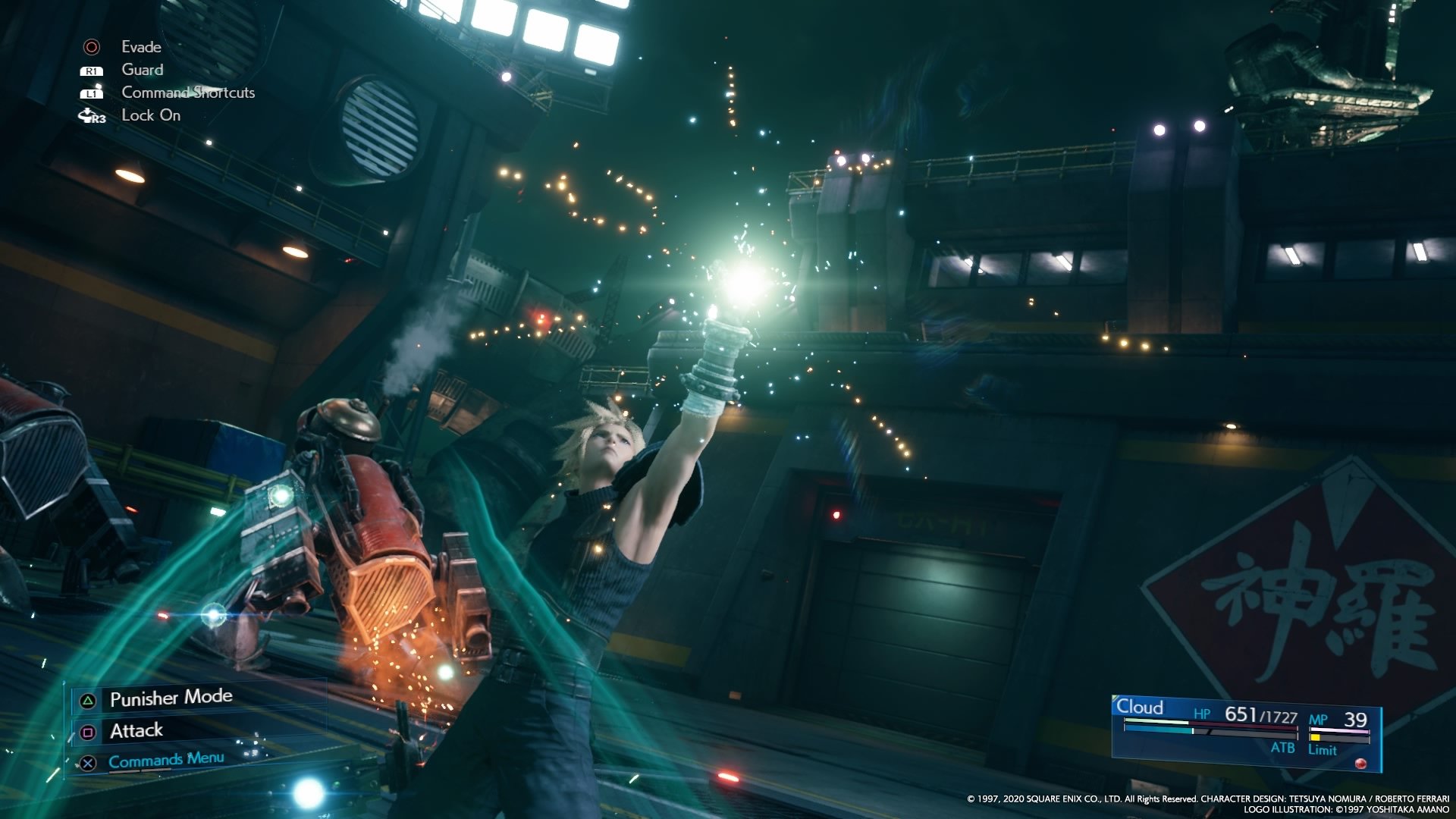 Now that Final Fantasy VII is an action game, you're able to control your party members, each of which boasting different movesets, combat styles, and special quirks that you'll need to adjust to. Cloud obviously has a sword and focuses on attacking with it, but characters like Tifa or Barret are entirely different, with one focusing on close-combat martial arts and using physical attack buffs in between dodges, while the other is slow, strong, and has heavy cooldowns on more powerful ranged attacks. You might prefer playing as Aerith instead of Cloud throughout your journey, or maybe you like to spice things up and swap control over your entire party each fight: the game gives you the option to do play however you want, and it definitely keeps each of your many battles varied and exciting. The only disappointment is that Red XIII isn't a playable party member, though he will fight with you, just as a purely AI controlled entity.

Where the game fails to keep things that exciting and enjoyable, are the boss fights. In an attempt to make these battles even more dramatic than they already are, they've been made into overly drawn-out endeavors that go on far longer than they should. They're certainly fun at first, but nearly all of them wind up wearing out their welcome long before you defeat the boss.

From the perspective of someone who's never experienced the original Final Fantasy VII, the remake managed to charm me with its characters and world, giving me an experience that makes me understand just why so many hold FF7 so close to their hearts as a beloved game. Throughout the 40-or-so-hour journey, I was completely enamored with the game, from the interesting story, to the intense combat, making it an easy recommendation for anyone that is interested in jumping into the Final Fantasy series, starting with this remake. Where things start to get a bit more complicated is when you factor returning players into the equation. Some might not be pleased with the fact they have to wait, potentially years, to play through the full experience, while others may be upset by some of the larger changes the remake does in terms of the narrative or the combat style.

On its own, Final Fantasy VII Remake stands up as a fantastic entry into the series; a beautiful game to behold, and a joy to play. Regardless of your thoughts of it as a remake, as a game, it takes pieces of the groundwork laid by original and creates a full JRPG experience well worth your time.

Verdict
You, Hells Malice, bigfatToni and 9 others like this.
Unlike this review