Are you sick of your headphones wires strangling you? Bought a phone without a headphone jack because smartphone makers hate you? Well you need some Wireless Earbuds, and FiiL’s T1 X’s are one of the latest budget options out there. But are they worth it?

FiiL is relatively known for their wireless headphone solutions, from over-ear to on-ear to ear-buds, and the FiiL T1X Wireless earbuds are their latest entries in their T1 series. Advertising HiFi Stereo Bass, microphone with “noise cancelling”, IP65 waterproofing, touch controls, over 24 hour battery life (total) and Bluetooth 5.0, these earbuds pack quite a lot of features for their relatively small MSRP of $49.99! So what’s the catch? How accurate are those advertised features? Let’s find out! 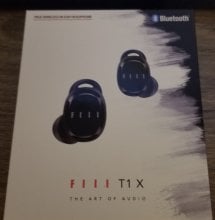 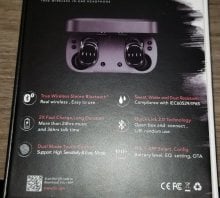 To start with, of course, we’ll be taking everything out of the box. Inside you’ll find the earbuds and the charging case, a quickstart guide, a short USB-C cable, three pairs of various size eartips, and two pairs of additional rubber fins, which are designed to keep the earbuds nice and snug and comfortable in your ears. As noted in the quick start guide, setting up the earbuds for first time use is an easy three step process that involves “activating” the earbuds by opening the charging case and waiting for the buds to pair to each other, pairing them via Bluetooth with your preferred device, and then popping them into your ears. All in all, it's pretty standard for earbuds. If your earbuds ever happen to lose sync/connection altogether with each other, resetting this is as simple as turning the earbuds off (by holding your finger on the touch controls), releasing, and turning them on again. So far I’ve had to do this once in my week or so of using the earbuds, and only because I was playing with the touch controls and accidentally turned one off (more on those in a moment). In terms of battery life, FiiL advertises “24 hours playing” and “36 hours calling”, which covers both the lifespan of the earbuds and the case itself. For the most part (and to my surprise), I found this to be relatively accurate! I was able to consistently get about six to six and a half hours worth of listening time (from various kinds of music to videos) for the earbuds themselves, and the charging case was able to just make it through three charges before I had to plug it in. It did only leave the earbuds at 90% on that last charge, but I was still able to get a good six hours before they up and died on me, which is quite impressive! Comfort-wise, the little rubber fins combined with the medium sized eartips made wearing the T1 X’s for long periods fairly bearable, which is good! I used them multiple times on an exercise bike for about an hour throughout the week and beyond occasionally feeling like they’d slip out, they stayed in my ears without breaking the air-tight seal which is always good. 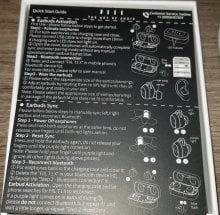 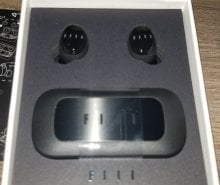 So how do they sound? Once again, surprisingly quite nice! They do run a little bass-heavy with their stock EQ settings, which can in some cases tone down high frequencies, however FiiL offers a smartphone app call FiiL+ which allows you to select between 15 different EQ modes, and allows you to sort of tweak things like bass or treble to your liking if you want something with a bit more punch. In terms of audio/visual lag when watching movies, there is a noticeable lag when using the earbuds by default, however the FiiL+ app also allows you to enable a “low-latency” mode which did somewhat help with this lag...but it was still noticeable even after enabling. Interestingly, this setting doesn’t change the headphones to the aptX-LLC codec, it sticks with the same SBC connection, which probably explains why their low latency mode doesn’t really help very much. Microphone quality is, unfortunately, quite terrible. This isn’t too surprising, given the microphone is way up by your ears, but for something that advertises a “noise cancelling” microphone system I was kind of hoping to see a mic that at least sounded moderately good.

Equally terrible are the touch controls, which I did not like whatsoever. My biggest gripe was how unresponsive and somewhat unintuitive they are. Turning the volume up is done via one tap, which usually works ok, but turning down is done via three taps and always takes me more than two or three attempts just to get it to actually work as it’d have intermittent issues registering multiple taps. Pausing/playing is also similarly plagued by the same issue, as the next track control is just one tap so if it doesn’t detect my second tap, the song I wanted to pause would simply skip instead. You can also activate your smartphone’s assistant via touch controls on the right earbud, which requires one tap and then holding the touch control for two seconds...which I had issues with, as sometimes it wouldn’t register that first tap and holding down the touch control will turn your earbud off! It's very possible I simply received a dud, and I think all in all if you were to use them for a long enough time you could probably get used to these controls and learn their quirks...but for me I just opted to using my phone for controls instead. 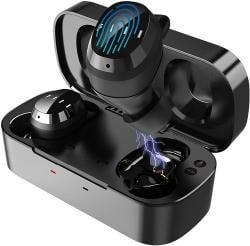