If your perfect keyboard doesn't exist, why not make it yourself?

Epomaker has, quite possibly, the widest variety of keyboard styles of any company out there. From just about any switch to any color pattern, they've got it all. Yet, if you've fallen down the keyboard rabbit hole far enough, even their most exotic offerings might not impress anymore. Customization is a big part of owning a niche keyboard, so why not take that idea and run with it? That's what Epomaker seems to have done with their latest project, in fact; if they don't have the keyboard of your dreams, well then, make it yourself!

The Epomaker GK87 isn't a full keyboard, but rather a DIY kit. For $79.99, they provide you with a shell that has all the stuff that makes the keyboard run--no soldering or messing with wires, here--a mounting plate and case is all you get. Essentially leaving you with the easy task of providing the right keyswitches and keycaps in order to create an idealized keyboard. You could do all one switch, or hand-pick different ones for each key in its tenkeyless (TKL) layout; it's all up to you. We've seen this concept done a few times, probably most notably with Glorious. 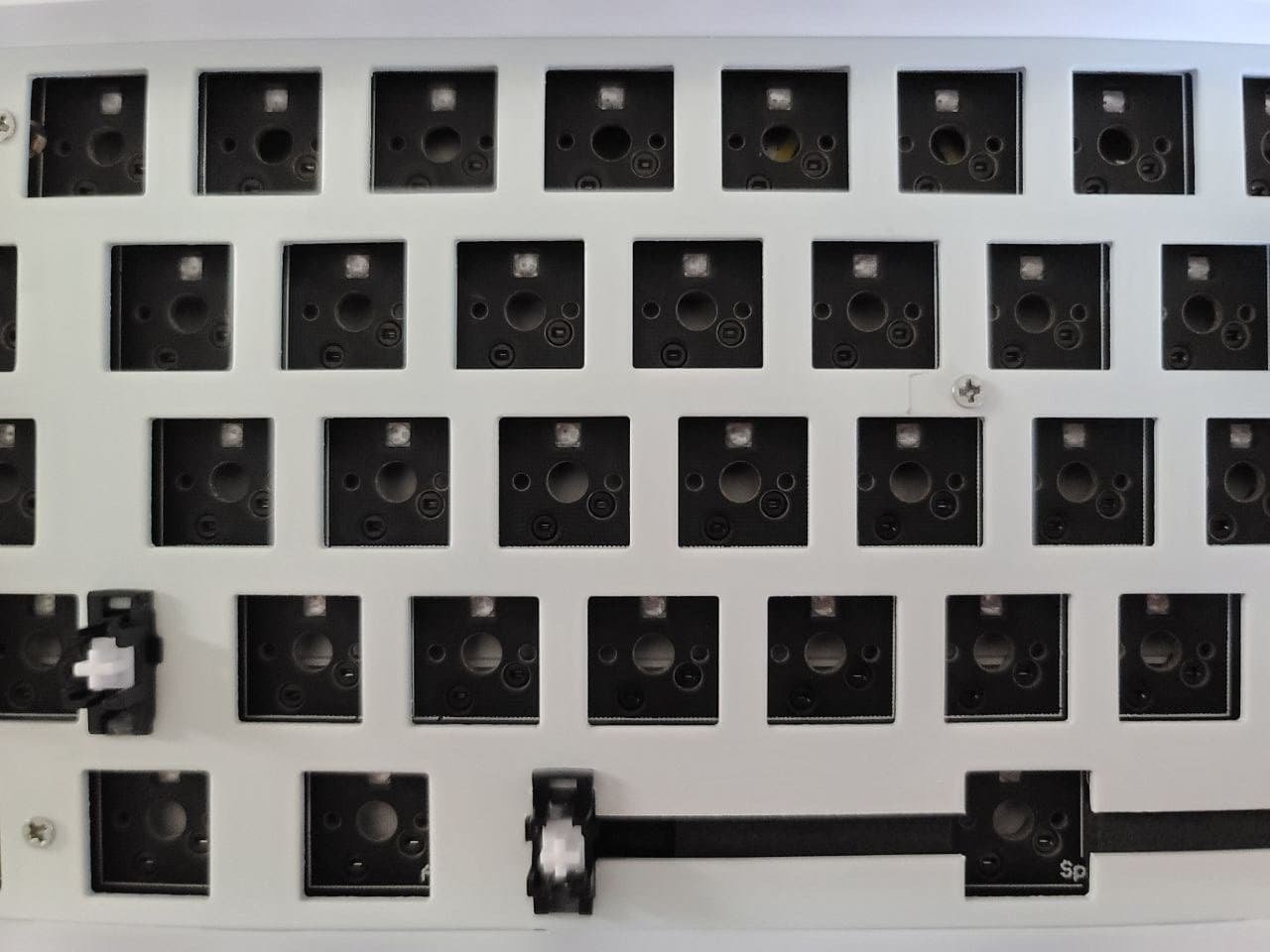 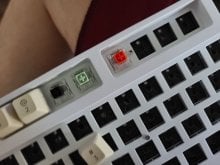 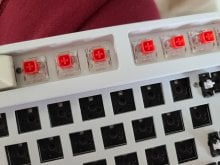 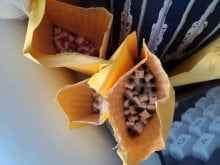 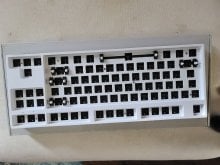 Putting the contents together is easier than building LEGOs--you don't even need instructions, because all you do is take your switches, line them up the correct way, and press them down. After which, you simply place the keycap on top, and bam, custom keyboard. In the case of the GK87, I wanted to test it out with all one uniform switch type: Kailh Box Clears. From here, I adjusted them and swapped certain ones out for smoother or more tactile switches as I went. It helped me get a good idea as to what would be most satisfying, both for gaming and typing. To those not in the keyboard game, it might seem overly meticulous, but being able to have such control over each key really lets you turn your keyboard into something personal and perfect for your exact needs.

Pulling switches out was as easy as putting them in, with the kit giving you just enough room to comfortably mess around with it, while not looking obnoxiously over spaced. Since the frame is plastic, you will have to take note if you're using a metal switch puller, or even just be aware that it could scratch easily. Fortunately, the insides fare better, with a solid metal mounting plate and some nice stabilizers. Epomaker seems to be getting better with stabilizers--something they've struggled with in the past, and it shows here. There's very little key wobble, and zero hollow-sounding "pinging" when typing. It's nowhere near perfect, especially for the pickiest of fanatics, but I think it's much better than most standard "gamer" keyboards out there. 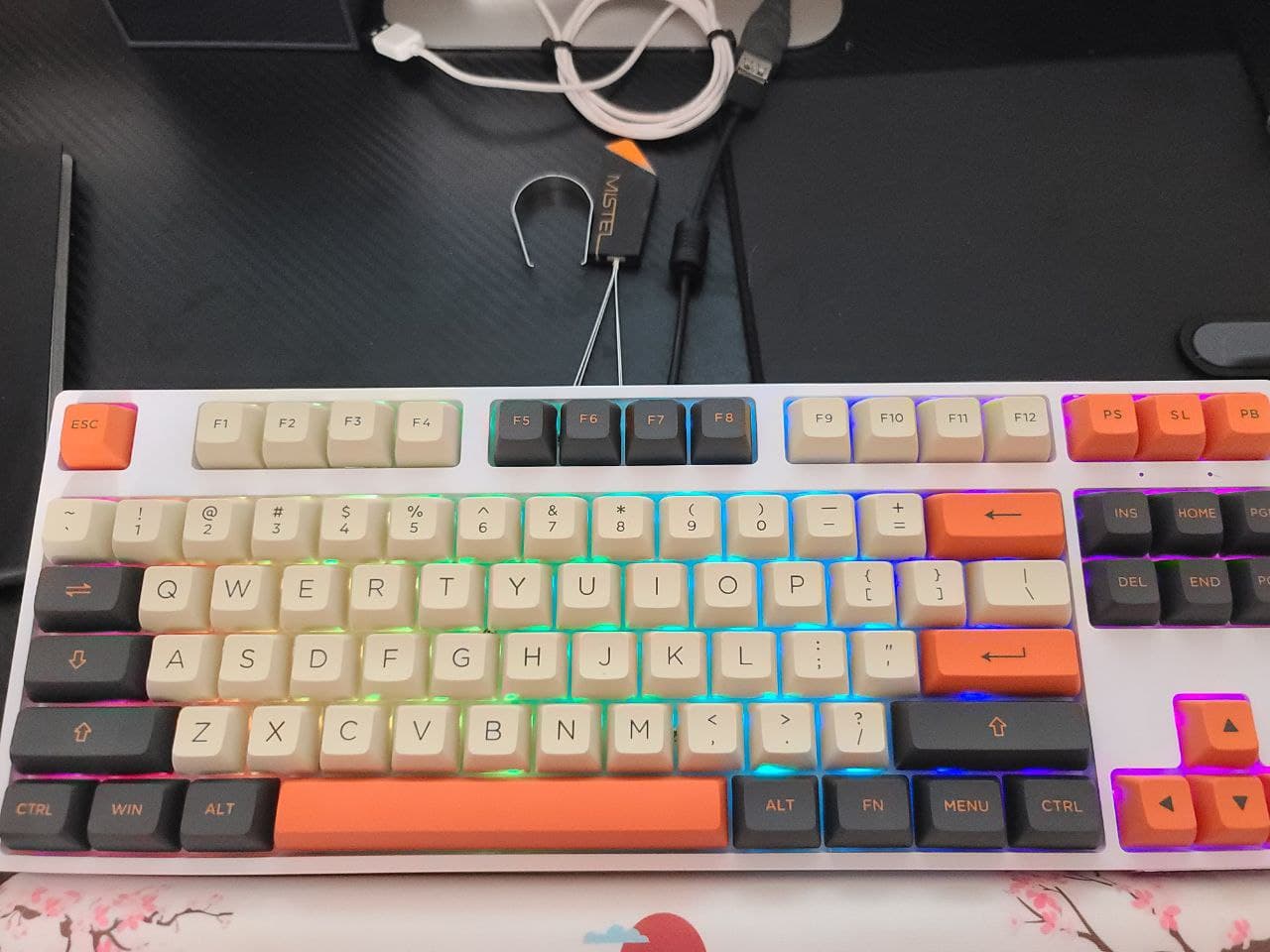 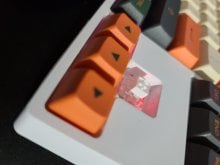 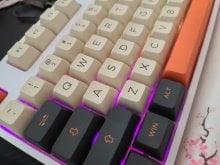 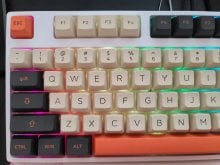 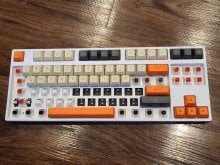 A relatively common style to see with keyboards is the raised-key design, which allows you to vaguely see under the keycaps, and thus the RGB glowing underneath. The GK87 doesn't do that, instead opting for the more classic traditional style, with RGBs present, but acting as backlighting rather than anything else. Whether or not you'll like that choice comes down to your own personal preference, but I found it nice and simple. That also brings me to the key layout, which happens to be TKL, having everything present in the keyboard except for the numpad. This is the only layout available for the GK87, and I think if you had to pick just one type of keyboard, the TKL balances space and function the best. Be forewarned if you like your data entry keys, though.

Since you'll need to buy the other pieces to go with the DIY kit, it's worth mentioning what keycaps and keyswitches Epomaker has that you can buy from them, if you don't already have your own pieces to supply for the build. They've got the standard Cherry MX and Gaterons in their basic colors--blue, black, red, and brown--but also some very interesting and niche ones, such as Kailh Box switches, TTCs, Gateron Inks, or Akko's CS switches. Epomaker prices most of their switches fairly reasonably, with a pack of 15 running you $10, which is pretty good. However, their more exclusive switch types like the Kailh Box Jades will set you back $17 for 15 switches. I know that Jades are highly sought-after switches, but it is a bit of an alarming price to pay on top of everything else. I will say, though, that they're very, very lovely to type on, giving the perfect mix of clicky and tactile--I can see why they're popular with enthusiasts after having tried them out. HKGaming via Amazon US does appear to have them for a more palatable price, at least. 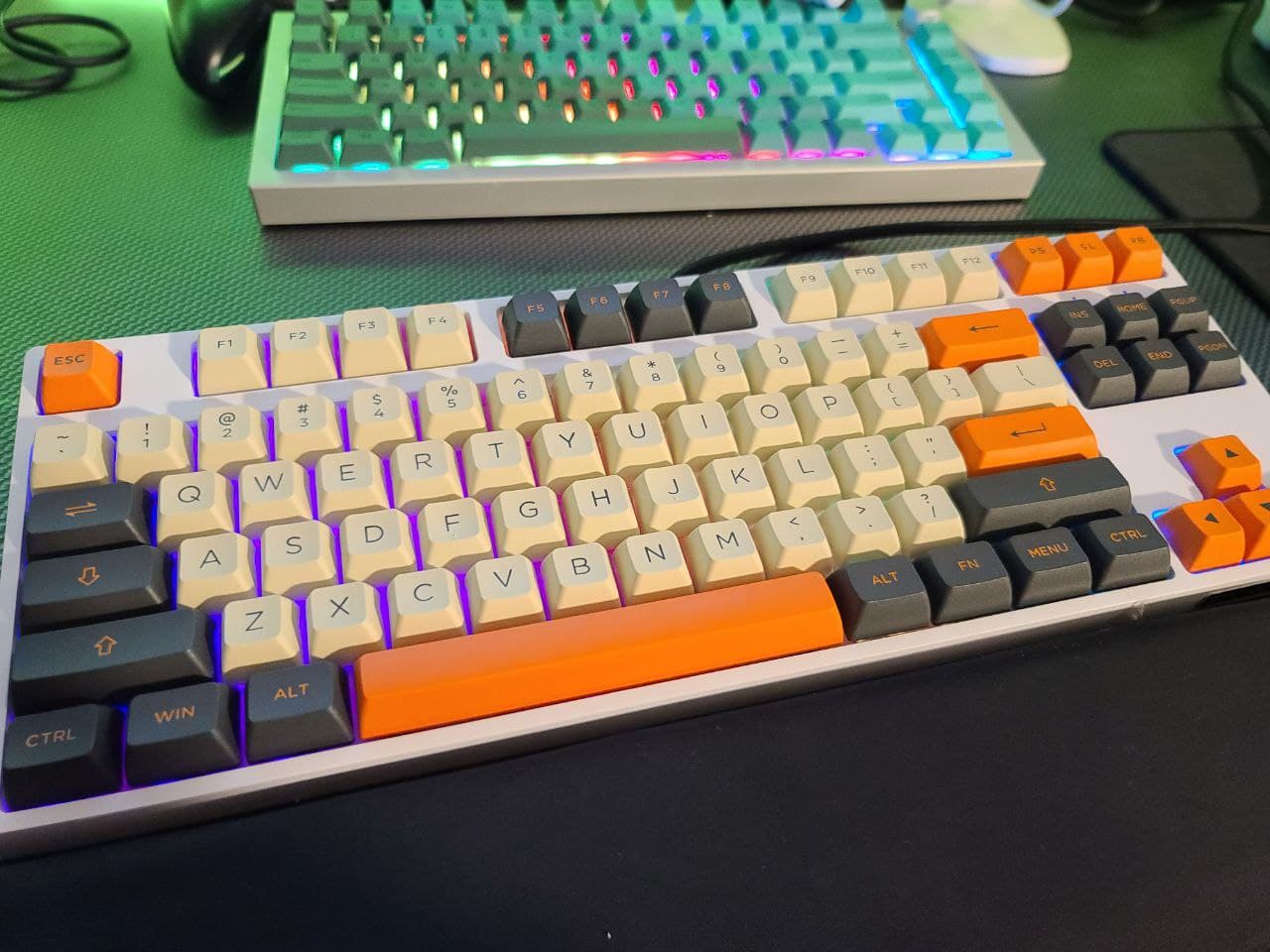 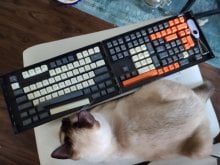 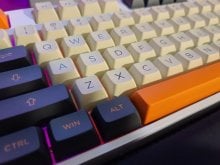 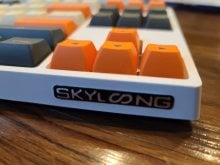 Another premium add-on you can bestow upon your GK87 is Epomaker's fancy keycaps. As part of this review, I'll be covering their recently released Akko Carbon Retro keycaps, which certainly do live up to the name. That, or Halloween, for sure. The keycaps come in a three-color palette: orange, dark gray, and off-white. The grey caps even have orange font to really complete the look. They've got huge lettering, in a big, easy-to-read font that looks reminiscent of old tech, also fitting in with its aesthetic. These match perfectly with the white body of the GK87, really giving off a slick custom look to the whole keyboard, though they'd also probably look quite nice with the black one as well. What stands out about the keycaps besides just their looks is the build quality of them. Lots of manufacturers cheap out by making their keycaps PBT, but using a very thin plastic. That's not at all what Epomaker did with these, so they feel nice and thick, with double-shot lettering--the whole nine yards. They nail pretty much every aspect you could want out of cool custom keycaps; just remember that they lack shine-through (because that usually compromises the quality) if you're going for a full RGB build.

While the Epomaker GK87 might appear to be outclassed by its competitor, the GMMK Pro, the latter is almost $100 more expensive. Plus, the GK87 also benefits from actually being consistently in stock, unlike the GMMK Pro. You won't have to fight for stock as if it's a PS5, and it'll likely arrive sooner than one of those could, too. Even disregarding the stock issues entirely, Epomaker has stepped up its build quality game here, with a heavy mounting plate, and made sure to add good sound dampening, all in a fairly agreeable form factor. Those looking to dip their toe into the custom keyboard market should give this one a look; it gives a lot of more expensive custom DIY boards out there a real run for their money. I was pleasantly surprised by the GK87, and I'm glad to see more DIY kits entering the market, really letting enthusiasts make their keyboards truly their own. 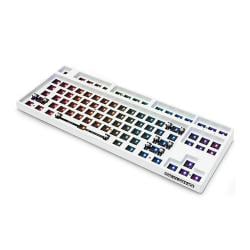