It's time to go with a stealth build. No, not in an RPG, but with your keyboard!

Gaming accessories can be great; all sharp corners, flashy colours, and edgy aesthetics. But sometimes, you just want something a little toned-down, more subdued. Combining the calm colour palette of sky blue, pastel purple, and tones of grey make this keyboard stand out... by not standing out at all. Calmly entering the keyboard market arena are the Akko 3068 Silent and 3084 Silent.

Coming in either a 68-key or 84-key layout, as denoted by the last two numbers in their product names, both of these Akko keyboards sport designs not normally seen in gaming keyboard layouts. 84 is the normal amount of keys found on a tenkeyless model, but the way the Akko 3084 goes about it, it removes any wasted space, making for a more compact design. This means there's more room on your desk for your mouse to roam, or if you're a minimalist, more space to enjoy. Meanwhile, the Akko 3068 goes for the ever-increasingly popular size of "mini keyboard". I'm happy to see more brands going for uncommon layouts, as the mainstream keyboard world has been dominated by the same stagnant designs for quite a while now.

As Epomaker keyboards tend to, both of these models come with some downright cool switch options. Gateron Orange, Green, White, or Pink are all available choices, making for some really interesting keyboards with a unique typing feel. In the case of the two Akko boards in the review, they feature the Gateron Pink, a deliciously smooth key that actuates under little pressure, and the Gateron Orange, which feel like Brown switches if you turned up the tactile notch to eleven. I'm a fan of both of these switches, especially the Pinks, as they feel so much smoother than the more popular Reds. This could be a result of Epomaker lubing up their keyboards for maximum smoothness, though I'm not quite sure if that's fact or hunch. Regardless, I'm left impressed either way. 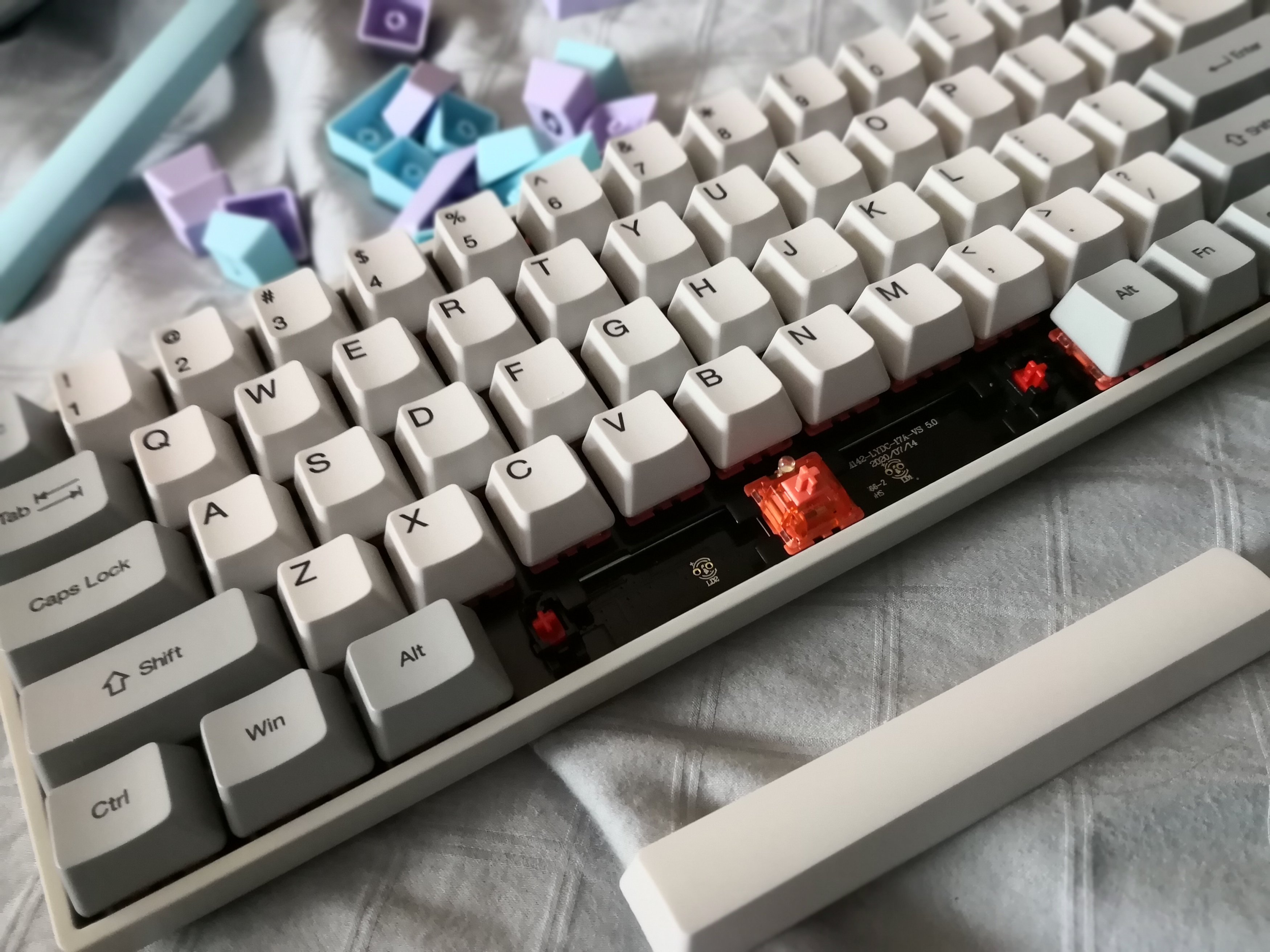 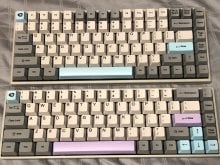 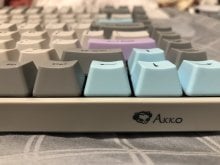 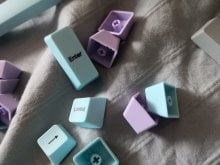 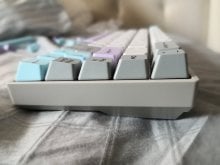 With "Silent" being in the name, one would hope the keyboards wouldn't be as noisy as their other mechanical brethren. There's no aggressive clacking to be heard from the Pink-switched 3084, while the 3068 still has quite the thic-thoc noise to it. I'd compare the typing sound of the former a typical membrane keyboard, soft, yet you can still hear the key spring back up if you bottom out on it; while the latter might actually be louder than the average gaming keyboard. That was when I took another look at the keyboards and their product page, only to realize that "Silent" doesn't refer to the sound, but rather the chill colours of the case and keycaps. It's rather amusing, because they've done quite well to dampen the sound on the smooth switches, making it a great option if you want that mechanical keyswitch feeling but live or work in an environment where too much clacking would drive everyone next to you crazy. Those that don't care about noise levels will probably prefer the louder, tactile switches.

Yet, it's not all perfect. You might not notice it right off the bat, or maybe you'll even get used to it after a while, but there's a weird, whiny, metallic reverb whenever you press the keys, at least with the 3084. Once I'd noticed it, the "pinging" or rattly echo started to grate on my nerves while typing, though I only was annoyed by the sound when I had my headphones off, and wasn't in the midst of playing a game. The 3068 doesn't have this problem at all, but it's still plagued by its own issue: the spacebar rattles and has a horrific twang noise whenever it's pressed⁠—even lightly⁠—which is just obnoxious and distracting. 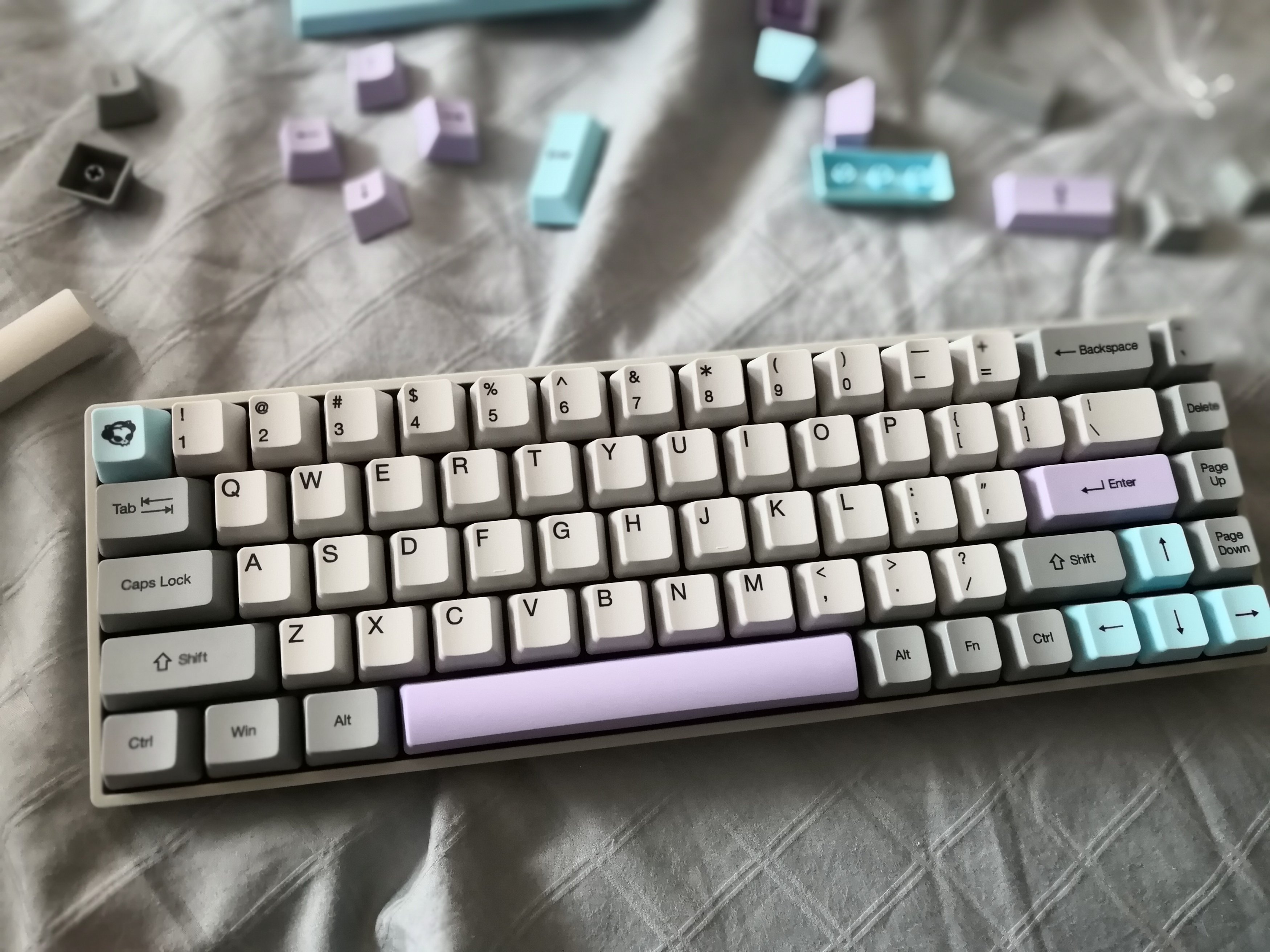 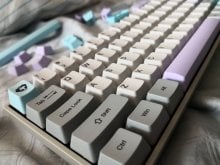 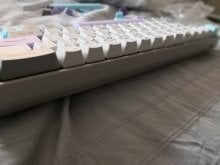 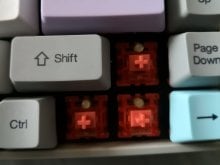 I found myself surprised by just how weighty both keyboards were. I'm under the assumption that given the lightweight, thin keycaps and plastic case there must be a heavy-duty aluminium plate, which could explain the metallic ringing issue. Akko's keyboards are well-made and feel as though they'd last quite a while even under the ownership of a hardcore keyboard-user, and with PBT keycaps, you'll get to enjoy the nice colour scheme without worrying about the keys greasing up or fading away over time. Some of the weight also likely comes from the 1,800mAh battery packed into the case, which is used for the keyboard's Bluetooth 5.0 connection. It was reliable for gaming, even in the case of MMOs such as Black Desert Online, but I feel like myself and other games will hold reservations towards Bluetooth. Others will likely be overjoyed at the inclusion of Bluetooth, as it'll lend nicely to the minimalist aesthetic if you don't have to have a USB cable sitting around on top of your desk.

The Akko 3084 and 3068 keyboards are some of the most fun keyboards I've come across, with their soft colours, cool switches, and quality keycaps, but both boards have a single problem that holds them back. It doesn't take away from the aforementioned positives, and some might consider it a minor issue at the end of the day, but it's as if they were but one single step away from perfection, and then turned around and went home. I'd still recommend them to anyone looking to try out some keyswitches they might never normally come across, or for messing around with in hopes of fixing the rattling/pinging problems, but you'll want to keep their problems, however small, in mind. 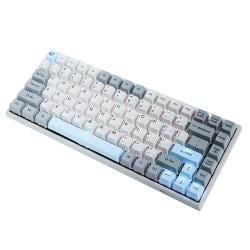