Epomaker is back again, and has set their sights on creating a budget-friendly keyboard, packed with premium features.

Just when you think you've seen every possible type of mechanical keyboard, there's always a company out there attempting to innovate and change up the norm. But sometimes, it's best to keep it simple, as shown by the Epomaker Ajazz K870T. Rocking a tenkeyless layout and an interesting scrollbar right by the arrow keys, the K870T is a a cute keyboard that has a little unique flair, without breaking the bank. At $55.99, it's an attractive price for anyone on a budget, but is it worth every penny?

The K870T comes in a nice tenkeyless form factor, meaning it lacks a numpad on the right side, but retains most of the functional keys you need on a day to day basis: arrows, F keys, navigation, etc. It's small, but not small enough to impact your typing or gaming habits, unless you rely on the numpad. Over on the right side of the keyboard, above the arrow keys is the K870's most interesting inclusion: two buttons and a scroll wheel. While the buttons are simple toggles for turning the keyboard's Bluetooth and RGB modes on or off, the scroll wheel is fairly useful, letting you quickly lower the keyboard's brightness or your computer's volume level without having to mess around with confusing shortcuts. It's an adorable little inclusion, and it makes the K870T stand out. 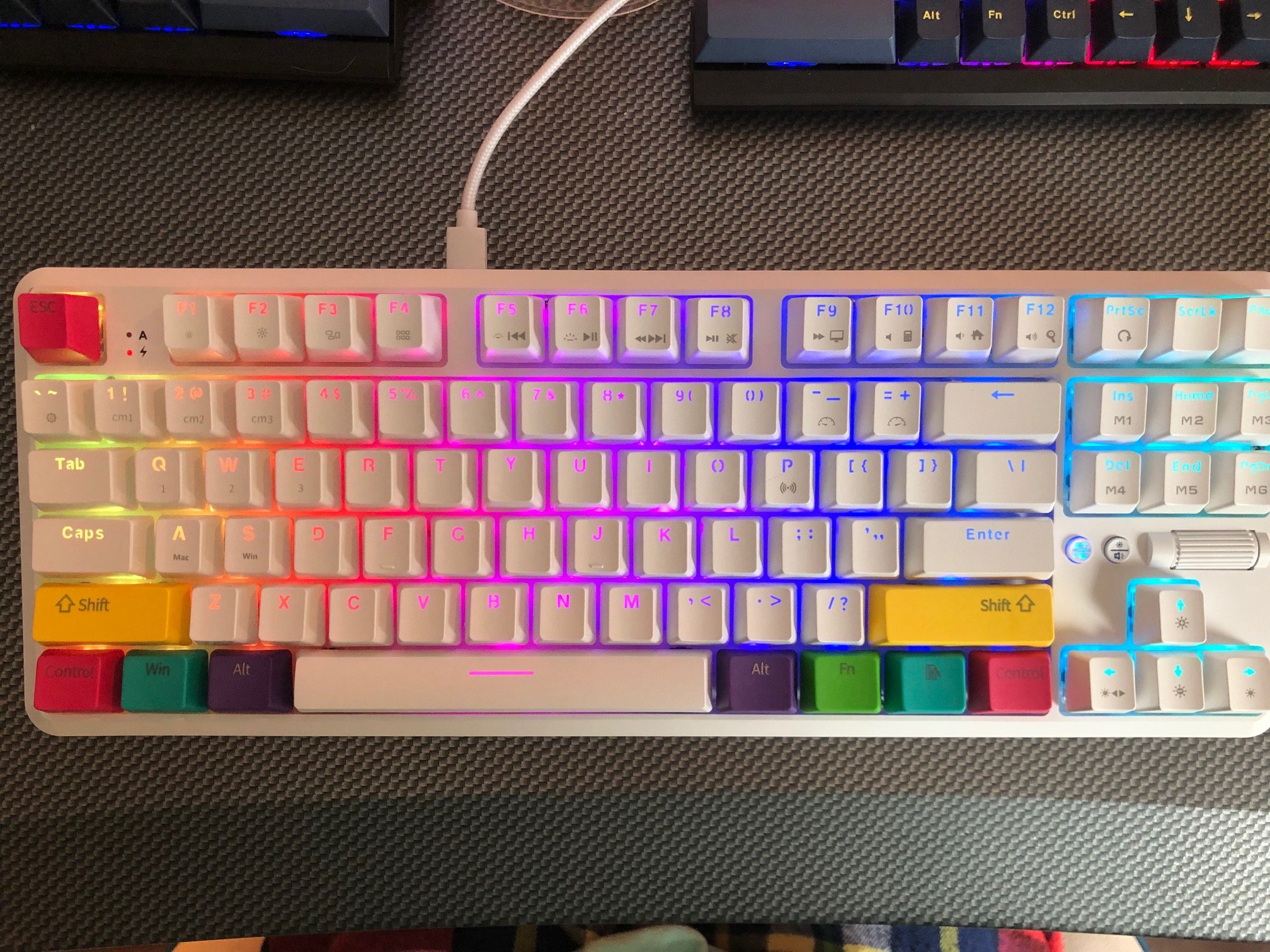 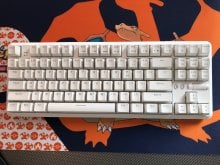 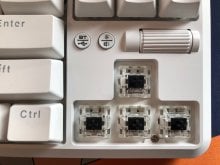 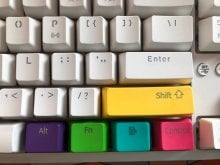 Available in either all-black or all-white, the K870T looks rather plain, as far as gaming keyboards go. However, included in the box are a handful of keycaps for the bottom row, which gives the keyboard a splash of color and adds a cutesy look to it. Even better is that all of the keycaps are PBT, and shine-through PBT at that. Most keyboards, especially cheaper ones, tend to come with ABS keycaps that are much better at letting RGBs show, but also wear out and become greasy or fade out after a while. Not these, though--PBT caps will last far longer, and the shine-through kind allow the RGBs to come through full force. It's a great and welcome surprise to see this on the K870T.

Inside the keyboard are some rather interesting keyswitches. They're not the Cherry MX that most have come to recognize, nor are they a common clone like Gateron; they're Huano switches, which are effectively the same thing, but with slightly lower actuation. Unless you're very familiar with keyswitches and how they feel, you won't notice a difference between this and more well-known switches, and to be quite honest, at least in the case of the Huano Black switches, they feel fantastic for gaming. They're smooth and springy, and their low actuation is perfect, letting you quickly press keys and release them. They also come with the traditional MX stems, so if you have custom keycaps, they'll fit perfectly.

Though it may look small, the K870T is surprisingly hefty. The outer case itself is smooth matte plastic, but on the inside, there's a metal plate that keeps everything stabilized--again, not an everyday feature on a budget keyboard. On the underside are two adjustable feet, which make a satisfying snap when pulled outward. They've got rubber tips, so the keyboard stays firmly in place on your desk. Turning the keyboard around to the back reveals the USB-C connector, which is weirdly recessed inside the case. Sometimes, it can be fiddly to actually get the USB-C cable to plug in since it's so far back, but it's otherwise fine. 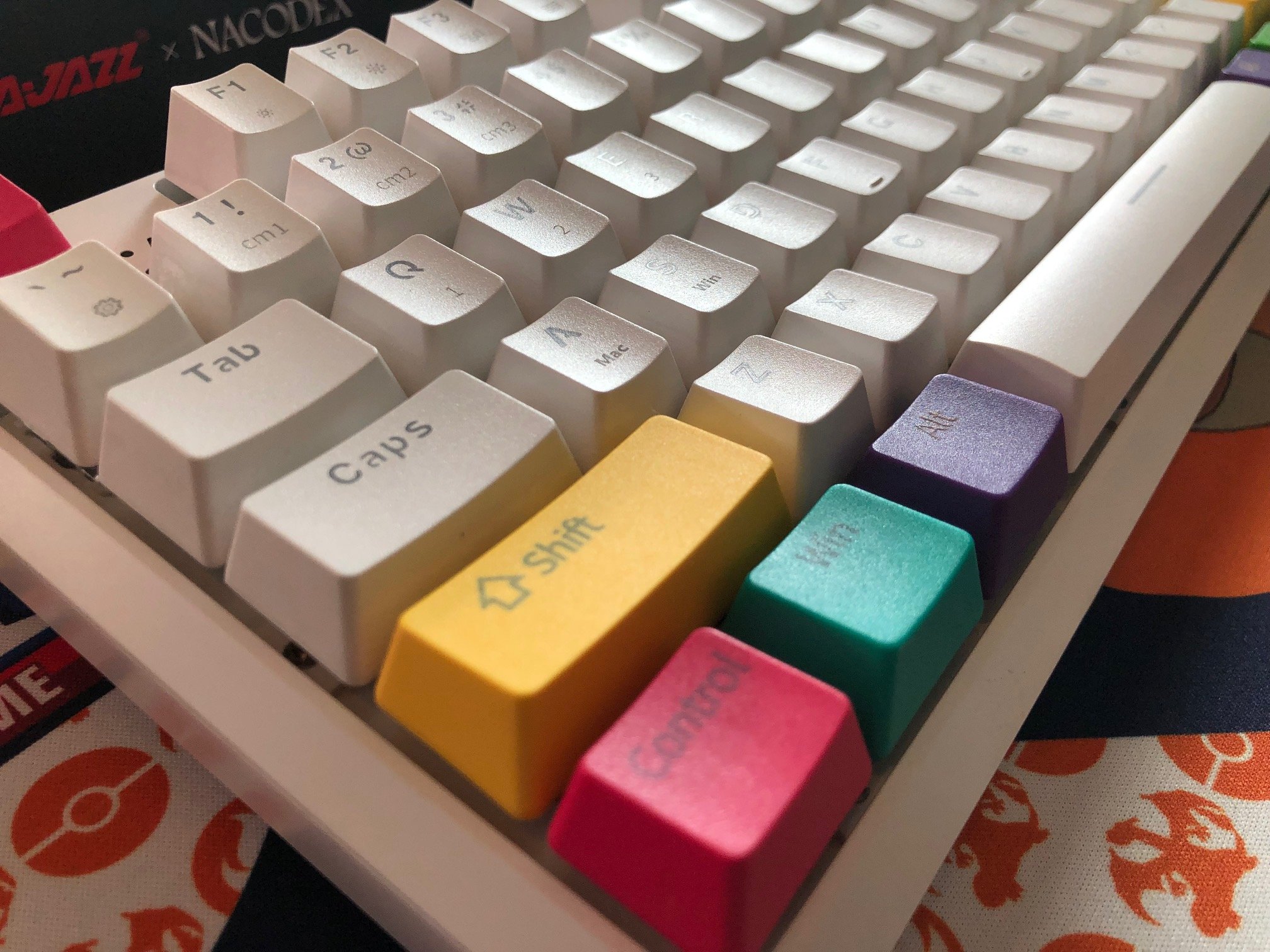 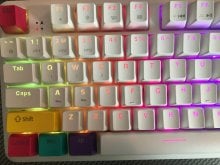 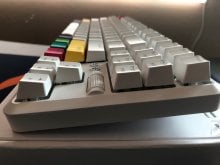 If you don't like having to use USB-C, or even a a wired keyboard at all, then you can simply turn on the Bluetooth function of the K870T and sync it. I'm not someone who frequently uses wireless keyboards, but gaming with the K870T in wireless mode offered nearly imperceptible lag, and had some great range, still being able to reliably type from at least 10ft away. You also get some solid battery life--around 100 hours, with the caveat being that you need to turn the RGBs off, otherwise you'll get only around 8 hours.

At its current price point, it would be easy to expect cheap quality or some serious drawbacks, but Epomaker has managed to create a standout budget keyboard that has great utility and typing feel. The K870T offers high-quality PBT keycaps and lubricated switches--something that's usually only seen on fancier niche keyboards way above this price range. If you're looking for your very first mechanical keyboard, it'd be almost impossible to go wrong with this one, and it far exceeds the competition.