The Dread X Collection brings together ten indie developers and asks them to make a short, playable teaser for their dream horror project, in the vein of P.T. How many of them have what it takes to be developed into full-fledged games?

In 2014, Konami made waves with the release of P.T., a playable teaser for the then-in development Silent Hills. It has since become somewhat of a legendary game, partially due to Silent Hills’ cancellation and P.T.’s subsequent removal from the PlayStation Store, but also because there isn’t much like it in video games. It’s not a trailer, and it’s not a demo because there’s no indication its contents were part of the full game. It’s more like a short film or, to keep it in horror terms, Within the Woods, the proof of concept developed to secure funding for The Evil Dead. So, in the vein of recent horror anthologies like the V/H/S series, the Dread X Collection tasked ten indie developers with taking their dream horror project and creating a short playable teaser for it, to be bundled together and sold as its own collection.

True to its low-budget feel, the Dread X Collection was developed under incredible time constraints. Reportedly, each developer began and ended their projects within a week, and frankly, it’s not hard to believe given the low-grade visuals and general jankiness. Some people might see that as a negative, preferring their horror to be a bit more polished to help their immersion, but I think it works. It reminds me of the dirty, grainy quality the best low-budget horror movies of the ‘70s and ‘80s have, but in a way of that’s organic to video games. 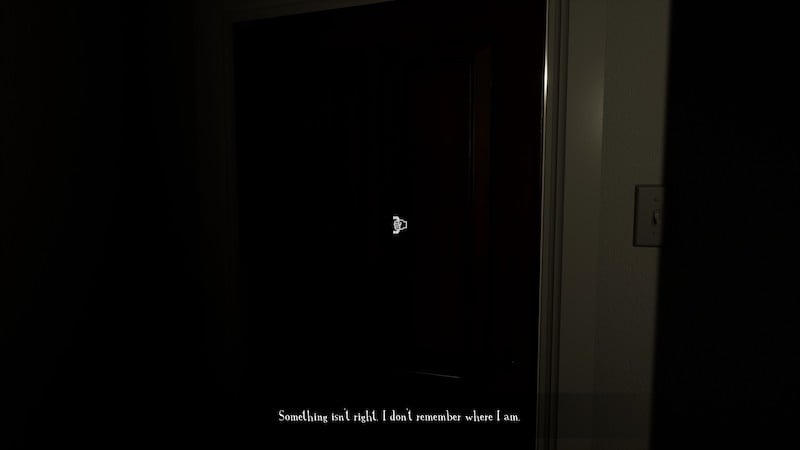 Horror is hard to pull off in an interactive medium. So much of it relies on mystery and obscuring information, which is manageable in a passive medium like movies or television, but it’s hard to get a player to stay actively engaged if you can’t find the right balance between how much to tell to get them invested versus how much to hold back to keep them motivated. There’s also the issue that a situation can’t become too hopeless or directionless because a player will get frustrated. At that point, regardless of if they persevere or give up, their immersion is broken. Anger replaces fear as their dominant emotion, the game becomes this annoying thing they need to beat, and it loses all power to scare them.

Let’s use Dread X Collection’s “The Outsiders” as an example. It’s one of the strongest games in the collection and it hits the perfect note of how much to give away. It’s got a bit of a Gone Home flavour to it, as it revolves around investigating a house, but the big twist is that aliens (or something) are descending upon the house. You’ll poke around aimlessly, turning on lights, finding keys and trying them in various doors, until eventually all the lights go out. Things will get a little trippy and you’ll soon be killed, but the game warns you this is all part of the plan. Reload the game and you’ll see the house is mostly the same, but with some hints scrawled in blood on the walls. The most important tells you to press a button hidden in the kitchen, which reveals a timer and a series of mysterious lights. This gives you some direction—find switches to activate these lights before the timer runs out and you’re killed—and it’s a very clever setup, getting you invested in the premise without using a word of exposition or tutorial. I was on edge for my second run through the house, and there were some moments that genuinely made my hair stand on end.

One of the other Dread X titles, “Don’t Go Out,” struggles with that balance. It’s essentially a turn-based survival game, as you move around the gridded map avoiding the monster chasing you and the death tiles. You’ve also got cards you can play that grant various effects, like lighting up the map or giving you another character to control. Beyond the basic controls, not much is explained to you. The gist is pretty easy to figure out, but some of the finer points still confused me. There was a menu function and a few cards that I never knew the point of, and I feel like I sort of cheesed the winning strategy I found, which made things anticlimactic, but I also can’t think of another way to go about it. Because of this, despite the excellent presentation and general premise, my nervousness quickly turned into confusion as I willingly gave up lives to suss out what these functions actually did, which robbed the monster and the mystery of what happens when it reaches me of its ability to scare me. Instilling fear into an audience is hard, and it’s a delicate act to maintain because as soon as you lose that control over them, once they’re questioning the inner workings of how the scary experience you’re trying to deliver works, it’s almost impossible to fully bring them back into your world. 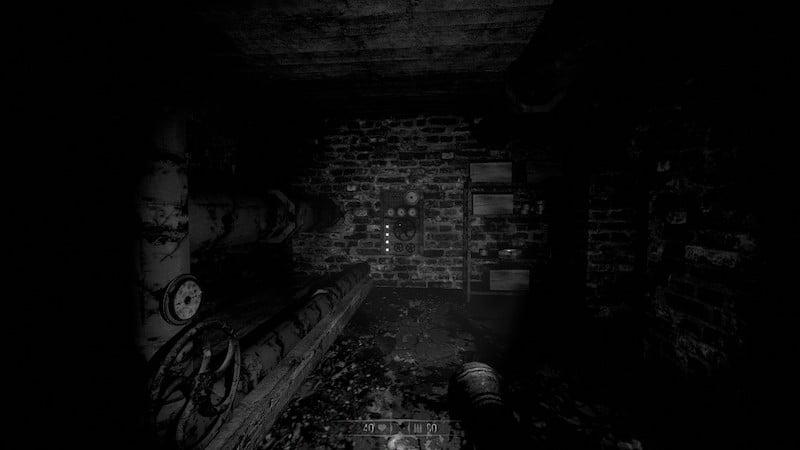 Like any good anthology, the Dread X Collection’s greatest asset is its variety. There’s ten games here and, while there is technically a story running through them, they really have nothing in common besides being short teasers of potentially bigger horror projects. Some are better than others, though I wouldn’t say any of them are bad by any stretch, and a few of them are extremely clever experiences that’ll stick with me for a long time. The short running times mean the good ones are concise, punchy and don’t overstay their welcome, and the less good ones don’t get a chance to drag down the pace too much. I’m sure there’ll be plenty of debate over which game is everyone’s favourite—I gravitated towards the more surreal and psychological ones, but there are some that focus on action or worldbuilding or atmosphere—but I have no doubt there will be at least one title that sticks out for any given player.