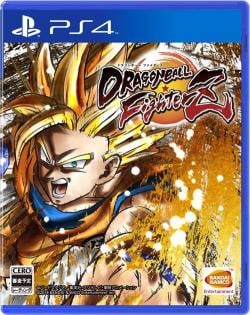 Arc System Works collaborates with Bandai Namco in order to make what might just be one of the greatest Dragon Ball games of all time.

The Dragon Ball franchise is hardly a newcomer when it comes to video game adaptations. Various developers have created multitudes of Dragon Ball games ranging from classic RPGs, to action games, and of course, to fighting games. Once again, Arc System Works tries their hand at making a 2D fighter, three years after the release of their last Dragon Ball game--the negatively received Extreme Butoden for Nintendo 3DS. Their latest title, Dragon Ball FighterZ is the culmination of the company's attempt at redeeming themselves and the tired series. There has been a lot of attention on this game, ever since its reveal, and this time, it's not just Dragon Ball fans that are interested. This might be the first time that a Dragon Ball title has garnered mainstream attention, to the point of a demo of it even appearing at the fighting game event, EVO. The question is, though, did it live up to the hype?

To go even further beyond!

Dragon Ball FighterZ kicks things off in style by showcasing a majority of its 24 character roster in a flashy gameplay trailer, giving players a quick look at what awaits them. From there, you'll be directed towards the lobby, which is basically the hub for the different modes you can play. These are all standard inclusions for the genre, such as Story Mode, Local/Online Play, Practice, and Arcade. The story mode has a fair bit of content to it, and it actually tells a new story, instead of re-telling the events of Dragon Ball for the hundredth time. In it, the Z Fighters must take on a new threat, as clones of themselves have appeared across the world, and are wreaking havoc. It's up to you to figure out what's going on, and stop it, while discovering the mystery of a new character; Android 21.

The full roster includes various characters from both Dragon Ball Z, and Dragon Ball Super. Series mainstays like Goku, Vegeta, Teen and Adult Gohan, Piccolo, Gotenks, Krillin, and Future Trunks are all here, along with villains like Frieza, Cell, Majin and Kid Buu, Androids 16, 17, and 18. There's even unexpected contenders like Tien, Nappa, Yamcha, and Captain Ginyu, and of course, the DBS representatives such as Super Saiyan Blue Goku and Vegeta, Goku Black, Beerus, and Hit. Lastly, we have the "secret" final character of Android 21, who is unlocked upon completing the story mode. There's a solid variety in the cast chosen here, and as a pleasant surprise, each character has specific movesets and all feel unique to play as. 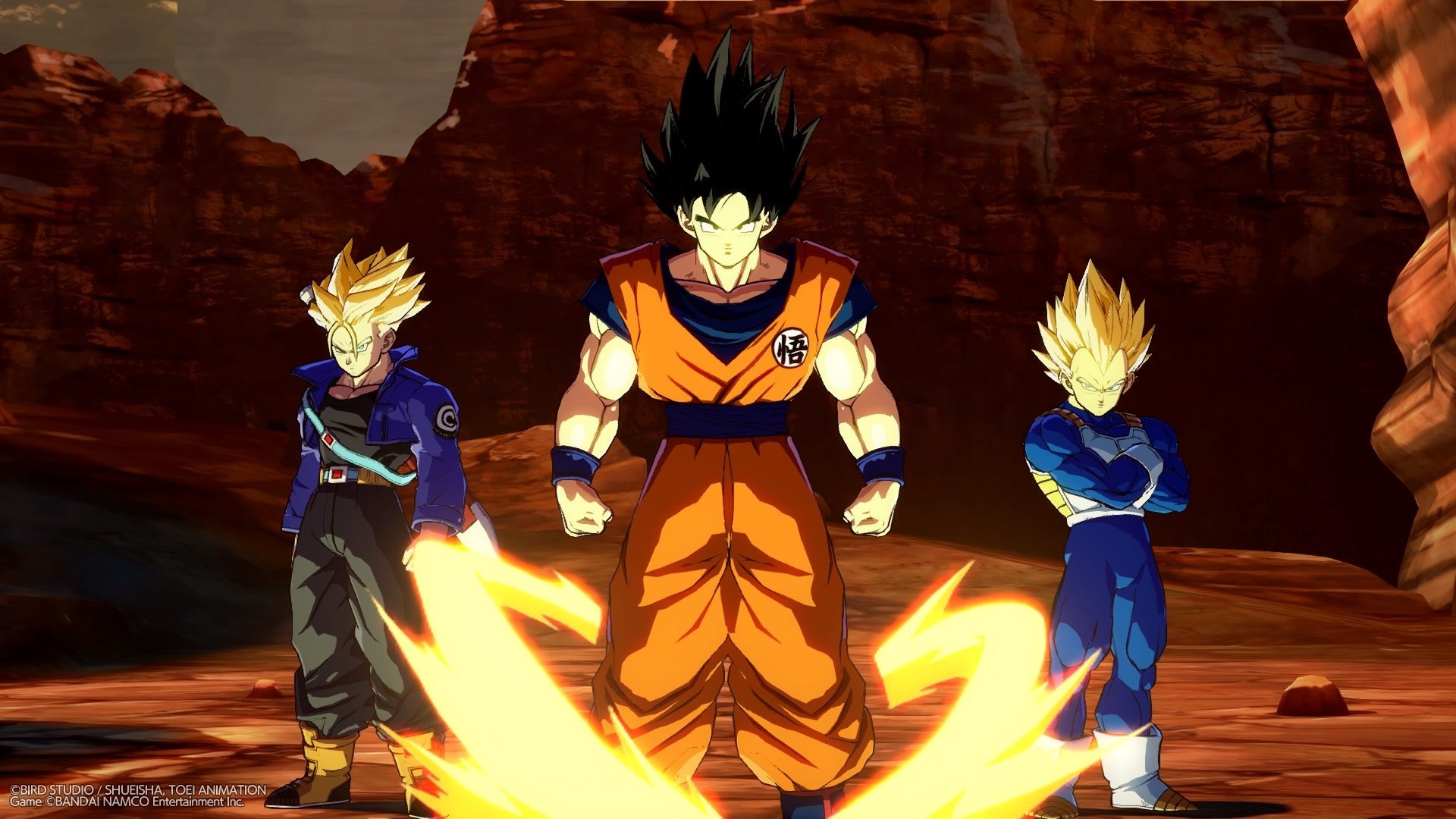 As far as the gameplay goes, if you've ever played an Arc System Works title in the past, such as BlazBlue, Guilty Gear, or Persona 4: Arena, you'll feel right at home with the controls, to an extent. For those that haven't, Dragon Ball FighterZ is fairly easy to learn. Pressing one of each of the four face buttons on the controller would result in either a light, medium, or heavy attack, as well as a ranged or support move. Mashing the medium attack button will lead you into an auto combo, but you'll need more than that to hold your ground in a fight. Quarter-circle motions with a face button pressed after will allow you to use special attacks, which covers the basics of attacking. People that are looking for a more complex fighting system will be delighted to know that FighterZ is no slouch on the hardcore fighting game side of things. There's tons of combos, cancels, chases, and a whole host of difficult-to-pull-off attacks, which can leave your enemies stunned and reeling.

Every attack, from Kamehamehas, to a regular punch, feels incredibly satisfying to use. There's a great weight to the characters, and it makes the game all the more fun when you're watching opponents get launched across the screen after a powerful attack. Things get all the more ridiculous when you use ultimate attacks and watch the pure destructive force of your moves decimate the battlefield around you.

Whenever you go into a fight, you have to choose a team of three characters, as FighterZ is a team-fighter. You can swap out to your characters by holding the left bumper or trigger, or, you can simply tap the button in order to have that character quickly jump into the fray next to you, in order to use an assist attack. Knowing when to swap in or use your assists is a huge part of the gameplay, and it lends a lot to battles by giving them an extra layer of strategy. This mechanic really sets FighterZ apart from other fighting games, as you constantly have to not only control your main character, but also make sure to keep on top of your assists as soon as they recharge, while watching out for the enemies' counters. It feels impossible at first, but the more you play, the more natural it becomes, and it becomes much easier to handle. However, mastering this gameplay is something that will take hours upon hours to perfect. The game is easily accessible to newcomers, but also complex enough to please competitive fighting game fanatics. 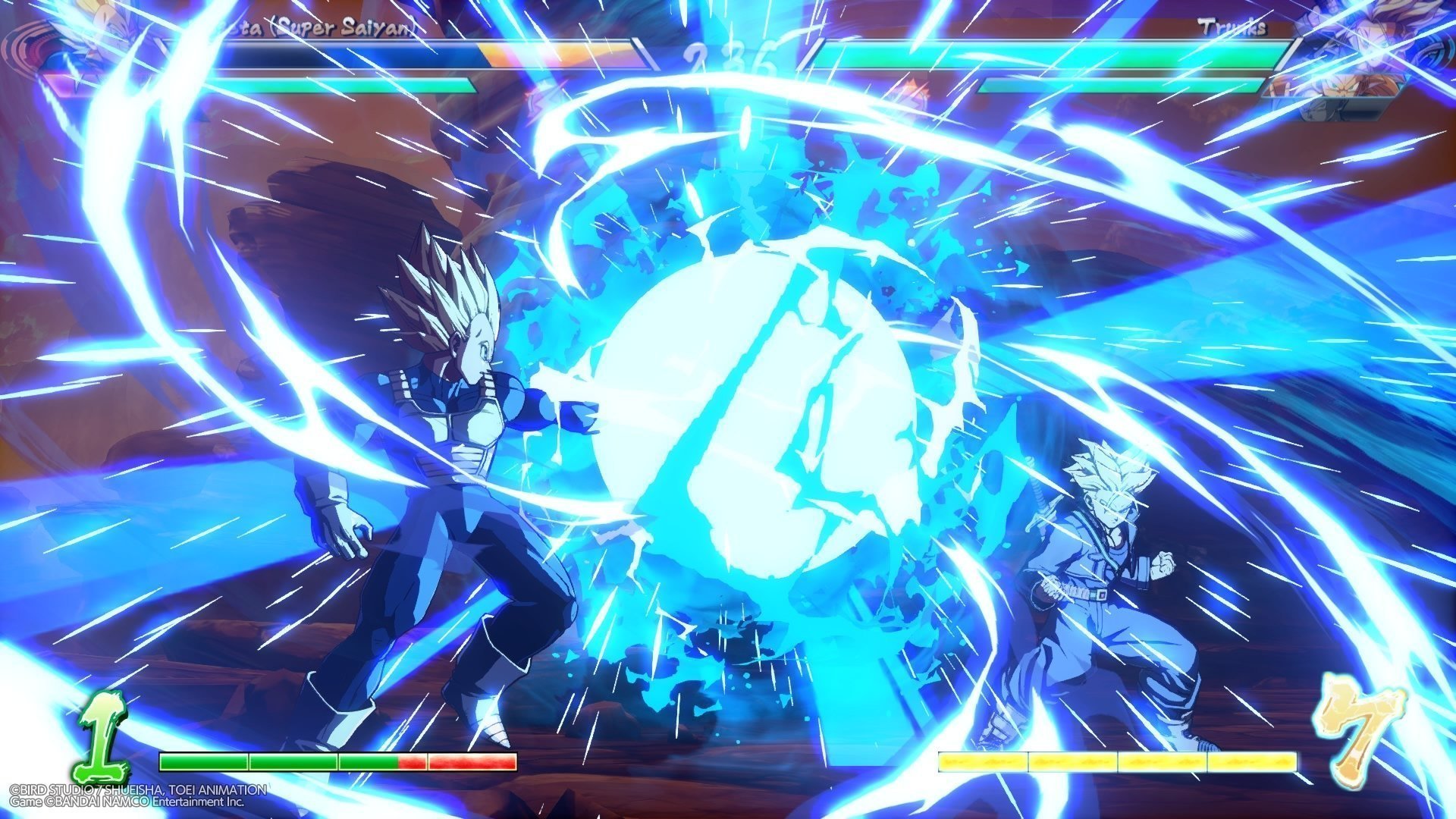 If you've ever seen an episode of Dragon Ball Z, the graphical detail on display here will no doubt be impressive. Not only does the game accurately recreate the look and feel of the series, it also goes the extra mile by lavishing detail upon each attack combo the characters use. A majority of character's moves, even down to basic punches and stances are taken straight from the anime and manga. It's a detail only dedicated Dragon Ball veterans will notice, but it really shows just how much attention Arc System Works put into this, and seeing those familiar attacks will no doubt put a smile on any fan's face.

Though Dragon Ball FighterZ is a visual spectacle, the audio falls a bit short in some regards. Musical tracks sound generic, and while both sub and dub options are available, the subtitles tend to be wildly different from the spoken dub lines. It can be awkwardly jarring, but its not a huge issue. Select music tracks from the anime are available for purchase as DLC a month after launch, on March 1, 2018. 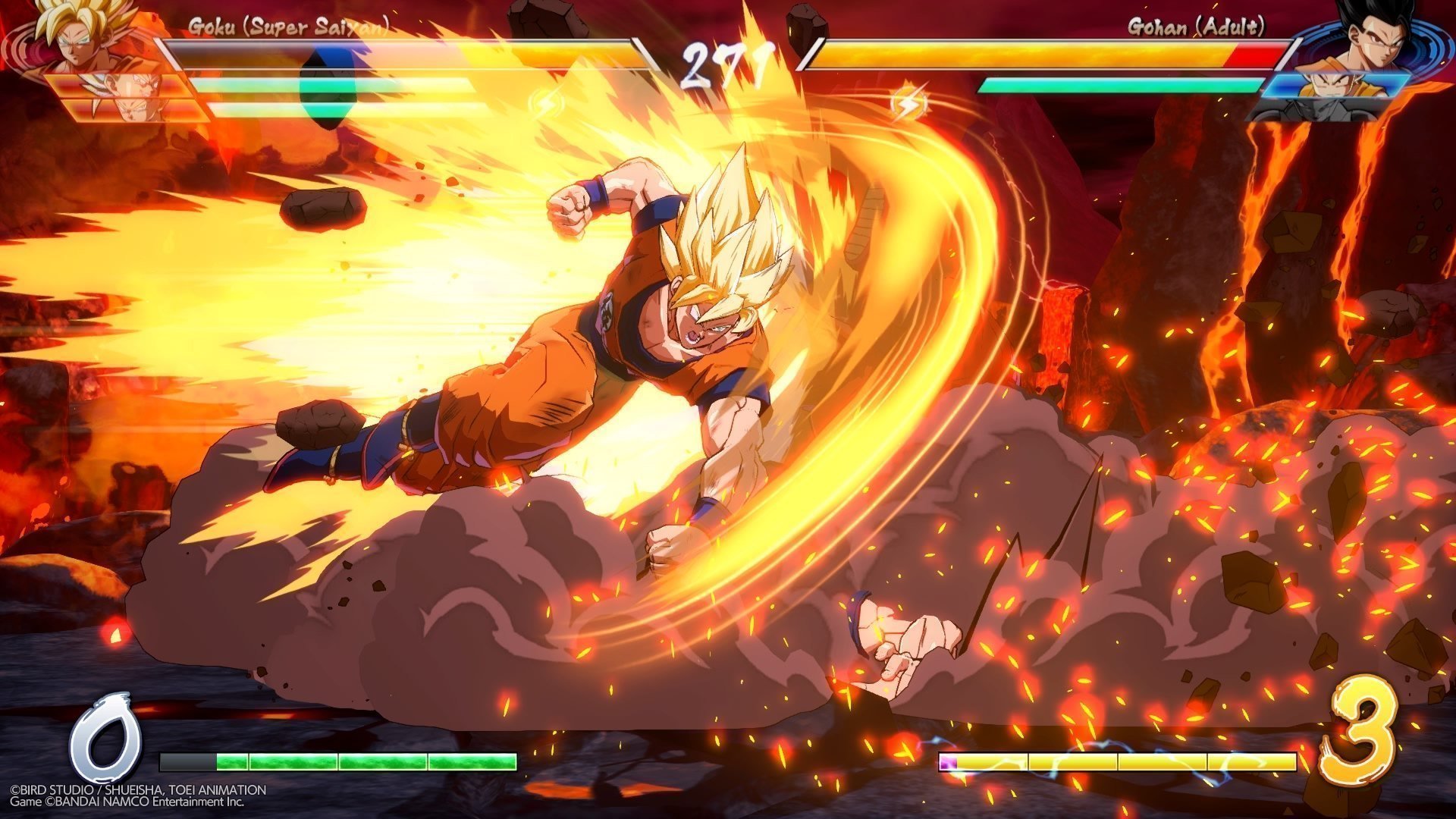 Dragon Ball FighterZ proves itself to be one of the best Dragon Ball games yet, with great attention to detail and a fantastic fighting system. Not only will this be a standout title to DBZ fans, but for the first time, a Dragon Ball title might just be great enough to reach wider audiences. From veterans to newcomers to the series, FighterZ offers an experience well worth checking out if you love fighting games. Shenron has truly granted a perfect Dragon Ball game.

Verdict
You, Stealphie, Issac and 12 others like this.
Unlike this review